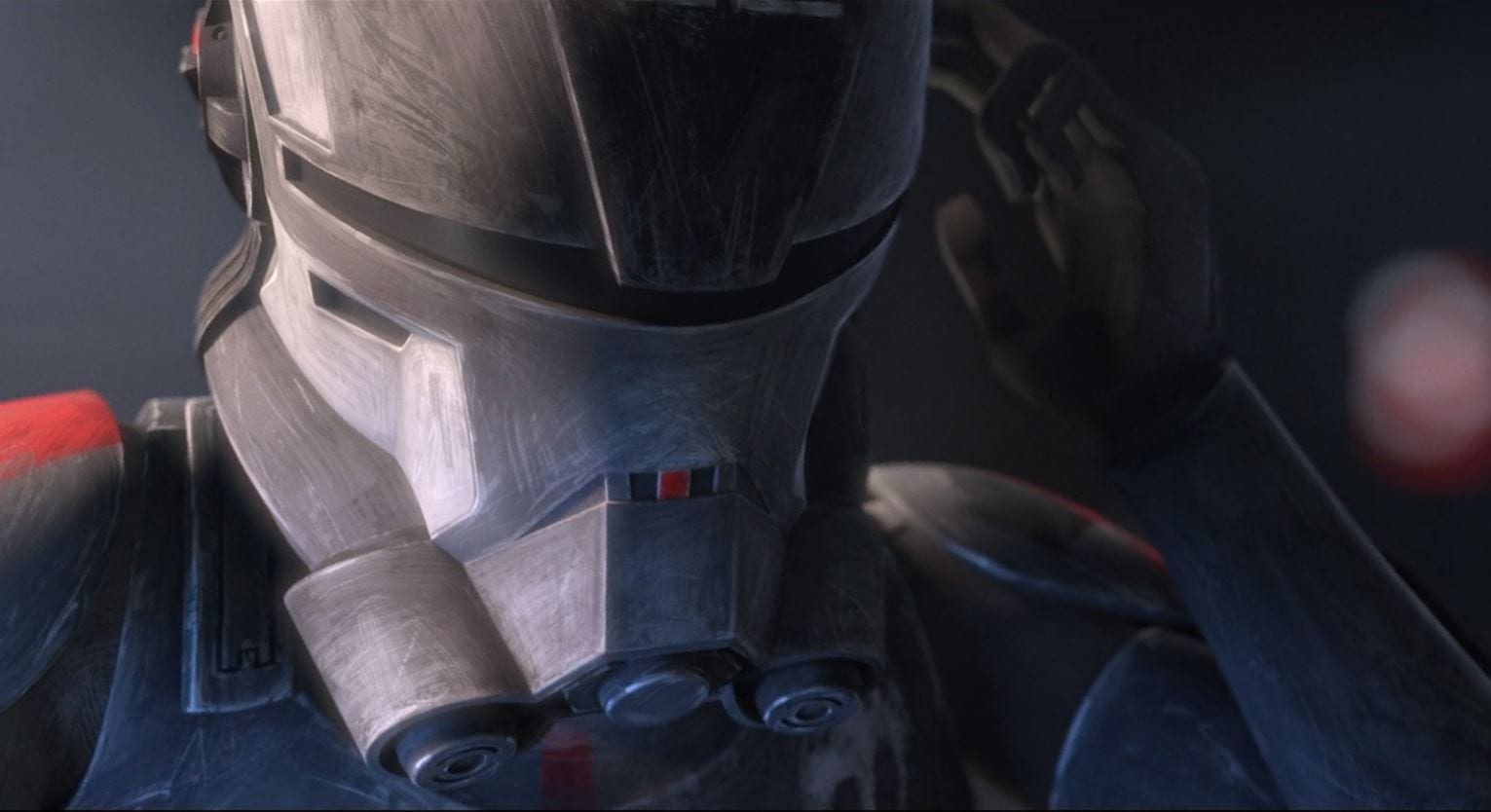 Star Wars: The Bad Batch Episode 3 is here soon. The show is a sequel series to Star Wars: The Clone Wars. The story follows a group of clones who appeared in the final season of the prequel called the Clone Force 99. They are a bunch of clones who are said to be defects, but these have led them to have certain enhancements. The Bad Batch includes Hunter, Crosshair, Wrecker, Tech, and the former Regular Clone, Echo. In the aftermath of the Clone Wars, the group is with Jedi Knight Depa Billaba and her Padawan Caleb Dume, when the Clones are given to execute Order 66. This should have the Clones override to execute all the Jedi Knights. The Bad Batch, who were not affected by the Order, was able to carry free will as Hunter even allows Caleb to run away.

Later as they arrive on Kamino, the Bad Batch find out how the Republic was now rebranded as the Galactic Empire, with Palpatine naming himself the Galactic Emperor. On Kamino, the Bad Batch meets a young girl clone named Omega. Admiral Tarkin is on board as well as he tests the Bad Batch only to later send them on a mission to kill insurgents. During the mission, they find out that the insurgents were former republicans against the Galactic Empire. Seeing that the Bad Batch didn’t follow his orders, Tarkin has them imprisoned along with Omega. While Crosshair is taken away to be reprogrammed, the others escape imprisonment. As they are about to leave with Omega, Crosshair tries to stop them. But the Clone Force 99 makes sure that they are able to flee from Kamino.

Star Wars: The Bad Batch Episode 2 titled “Cut and Run” has the Bad Batch along with Omega arrive on J19 in Salecucami. Here they are about to meet a former Republic Soldier Cut Lawquance. But he had left them to live with Suu and their children. As they arrive on Salecucami, it was the first time Omega had seen soil, nature, or even other kids. So soon she becomes friends with Cut and Suu’s children as they head over to play catch. Meanwhile, in a conversation with Cut, Hunter realizes that Rex had been there on the planet only some time ago. He had warned Cut of the upcoming Empire. Here, Cut tells Hunter about the Inhibitor Chips and how they are used for controlling the Clones. Which are also the reason for the loyalty to even try and kill the Jedi Knights. 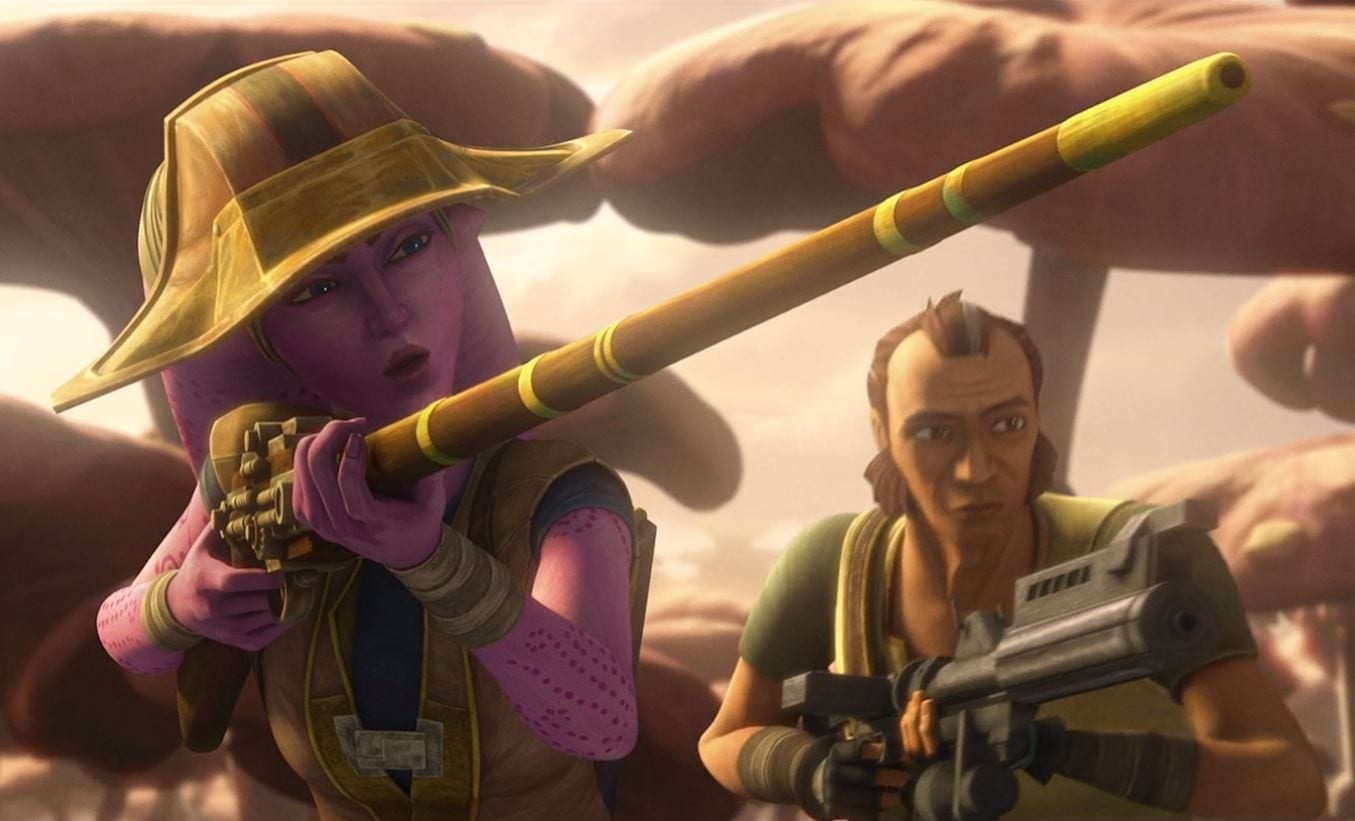 Later as Cut and Hunter head into the town to buy tickets to the next shuttle, they find out about a new Law set up by the Galactic Empire. This law requires all citizens to have a Chain Code. But in the case of Cut, he cannot issue the code as he will be caught by the Soldiers for being a deserter. Therefore. They must find a way around the system. As they head back home, Omega is still playing catch with the children. During this, the ball goes over the restricted fence, and Omega goes over to fetch it. Then she is attacked by a monster only to be saved by Suu’s sharpshooter skills. Hunter gives her a soldier’s scolding while Cut talks to her like a parent. This makes Hunter adamant that Omega must live with Cut and Suu for her own good.

According to Echo, the Chain Codes system was weird considering how Clones wanted to have names. Meanwhile, now humans are made to have numbers. Tech feels that its genius in a way as every citizen in the universe will now have a registered identity. Either way, they have to figure out a way to get the five chain codes. For this, Tech decides to have their ship taken away by the Empire, only for them to infiltrate their base. The problem was, Omega was present on the ship as well. 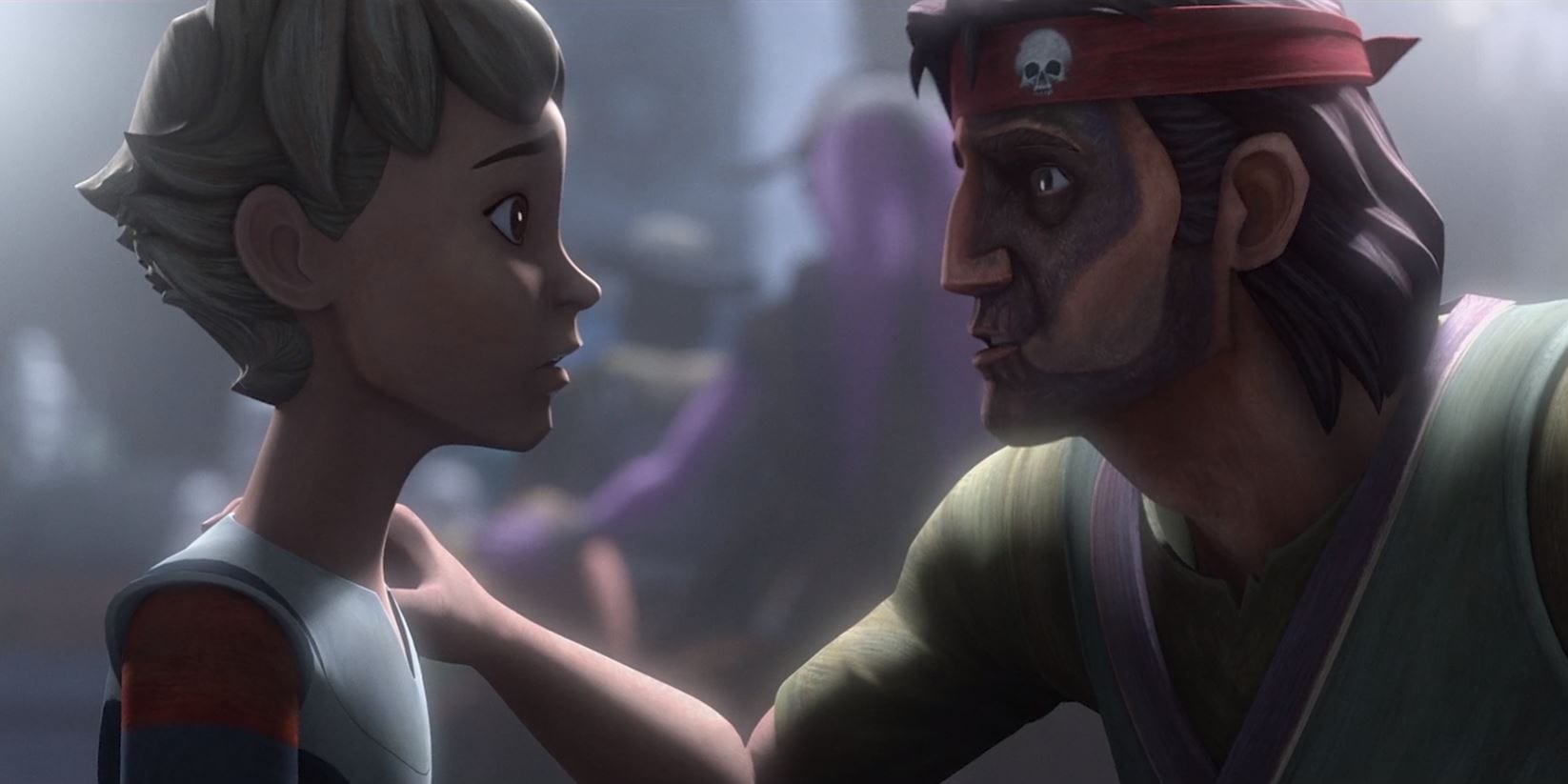 During the mission, Tech and Echo are able to produce the chain codes, but Omega has to give them to Cut and his family. When Tech and Echo are caught and reinforced by Wrecker, who even helps free the ship. During this Omega delivers the Chain Codes to realize that the extra one was for her, and she was to leave with the family. But after Cut and her family get aboard the shuttle, Omega goes back to the Bad Batch. She had escaped Kamino to be with them, and that’s whom she wants to continue her journey with.

When will Star Wars: The Bad Batch Episode 3 Release? 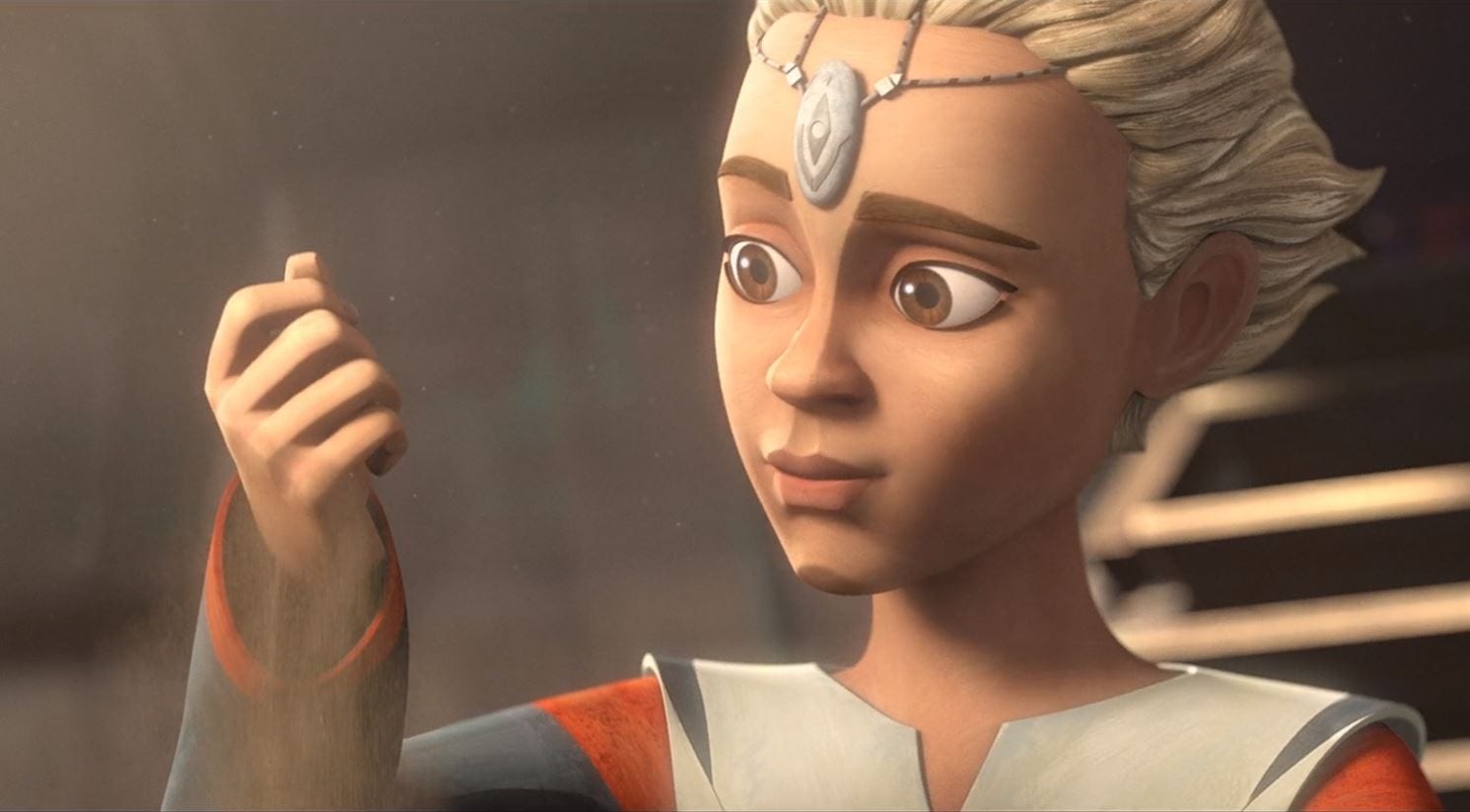 Star Wars: The Bad Batch Episode 3 is about to feature much about Omega. After her own form of heroics in the last episode, she helped Cut and Suu and her kids get aboard the shuttle to leave the planet. But having left Kamino with The Bad Batch, she wants to stay with them. Hunter had finally agreed that what was best for Omega is what she wanted. Throughout the last episode, we see Hunter trying to think of what would be good for Omega. Here he decides that she should leave with Cut and Suu to have a proper childhood. But now that she was back with them, Omega must level up in some way to keep up with the rest of the crew.

In the trailer for Star Wars: The Bad Batch, we see Omega equipping a bow and arrow, possibly that could become her thing. Moreover, from the conversation Hunter and Cut have, it is possible that Omega has her own set of enhancements, which we are most likely to learn in future installments. One can even argue that Omega could be the first clone to be made that could use the force, but it is in no way indicated that will be the case. Elsewhere, there is even the impending threat of Crosshair hunting them. So, the Bad Batch must soon decide their future destinations and plans. 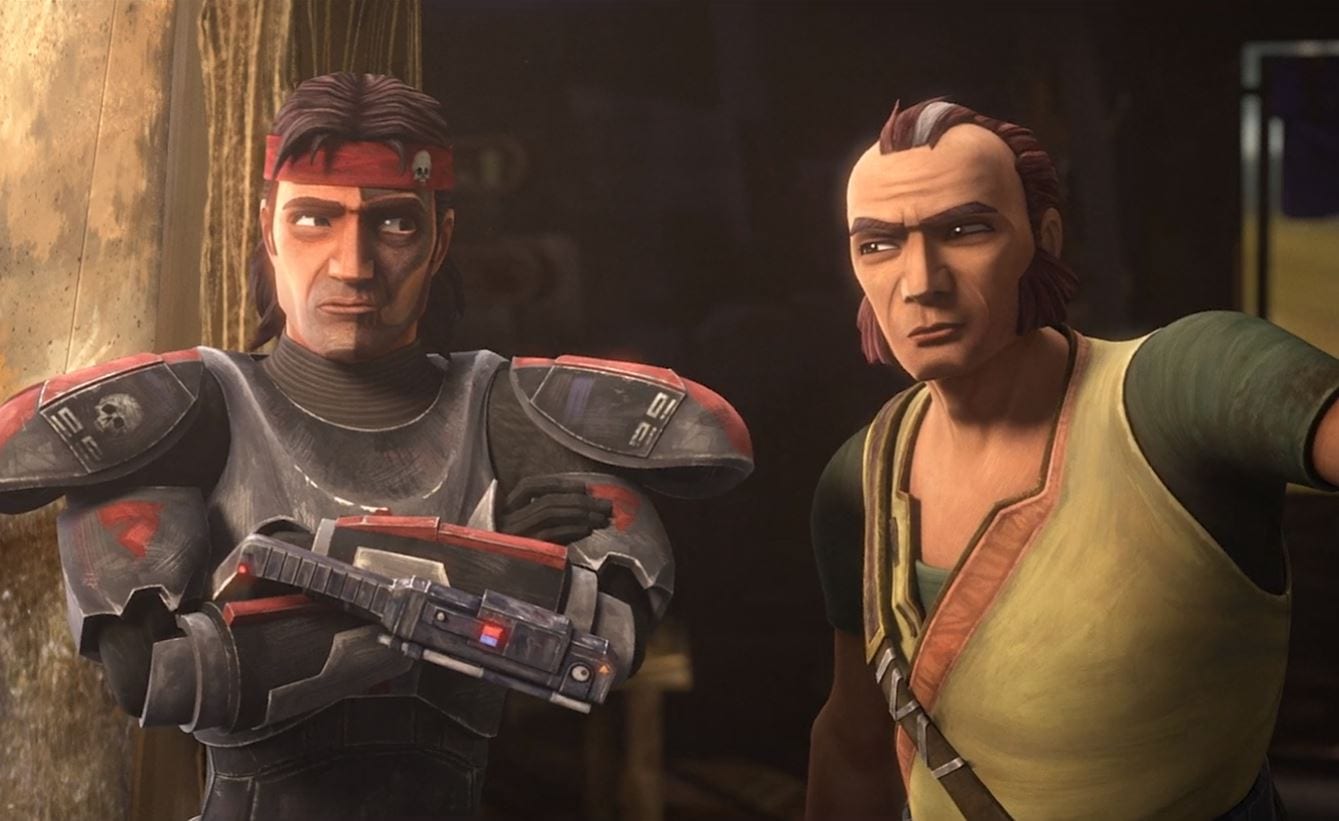 The first episode of Star Wars: The Bad Batch “Aftermath” had a runtime of 70 minutes, which made the fans happy. But sadly, the second episode, “Cut and Run” had a runtime of only 27 minutes. It seems like after the season premiere, Star Wars have gone back to their original format, i.e., somewhere below 30 minutes. But considering that there are 14 episodes left, arguably the runtime could again increase by the Season Finale. Unlike other TV shows, Star Wars: The Bad Batch will not be having a mid-season break.

So considering that much of the show is remaining to be aired, One can get a Disney+ subscription. In the US, Disney+ is also available in a bundle along with ESPN, and Hulu for $13.99 a month. Meanwhile, if you only want to get Disney+, you can get it for $7.99 a month or $79.99 a year. In India, Disney+ has been rebranded as Disney+ Hotstar, which you can subscribe to monthly or at a collective rate of ₹1499 a year.

Also Read: How To Watch Star Wars: The Bad Batch?