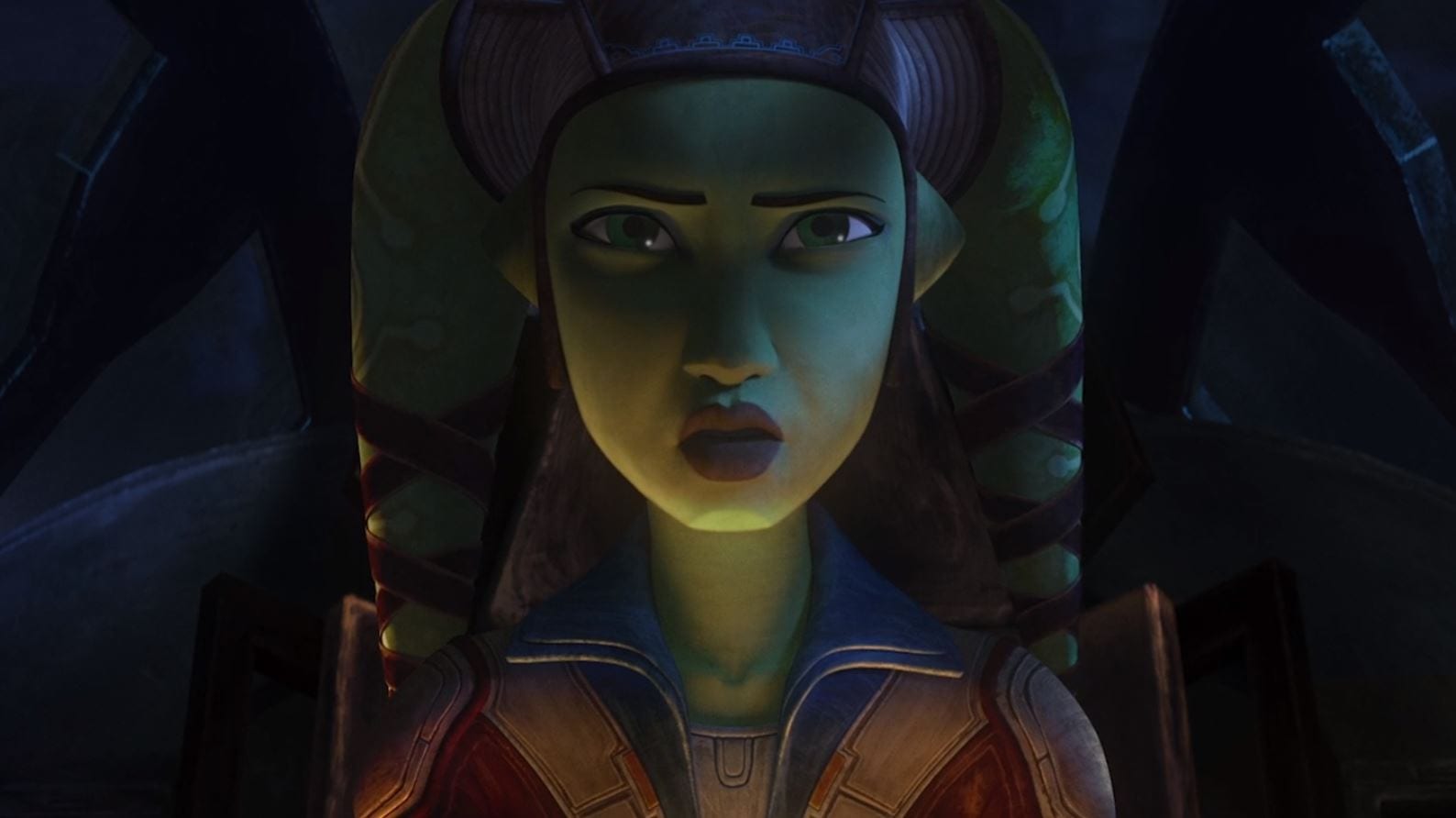 Fans are eagerly waiting for Star Wars: The Bad Batch Episode 13 as we are heading towards the final act of the show. In the last episode, we saw Cham and Eleni Syndulla getting captured by Admiral Rampart. As he does so, Hera Syndulla has managed to escape their clutches. And Rampart has set Crosshair and his squad after her. Rampart believes that Cham, “The Freedom Fighter,” could be a threat to the Empire. Therefore they must take down all of the resistance. For this, he instructs Howzer to capture all of Syndulla’s supporters. But being a soldier, Howzer starts to have his doubts regarding the Empire’s actions. They were soldiers sent to the planet to fight for freedom. Yet here they were tarnishing it.

Meanwhile, Hera was keeping an eye on the castle with the help of her droid named Chopper. She realizes that she cannot help her parents alone, so she decides to get help. Hera and Chopper head back to their safe house as she sends a transmission asking for help. This transmission was actually sent to the Havoc Marauder, where the Bad Batch were thinking of their next plans. The crew decides not to go after this as they cannot put themselves at risk at every request. But after Omega convinces Hunter to help Hera, they head to Ryloth. Here they learn about the situation as Hera tries to employ the Clone Force 99’s help to save her parents. While Hunter is initially reluctant, he agrees to help them but cannot guarantee that they would be successful. 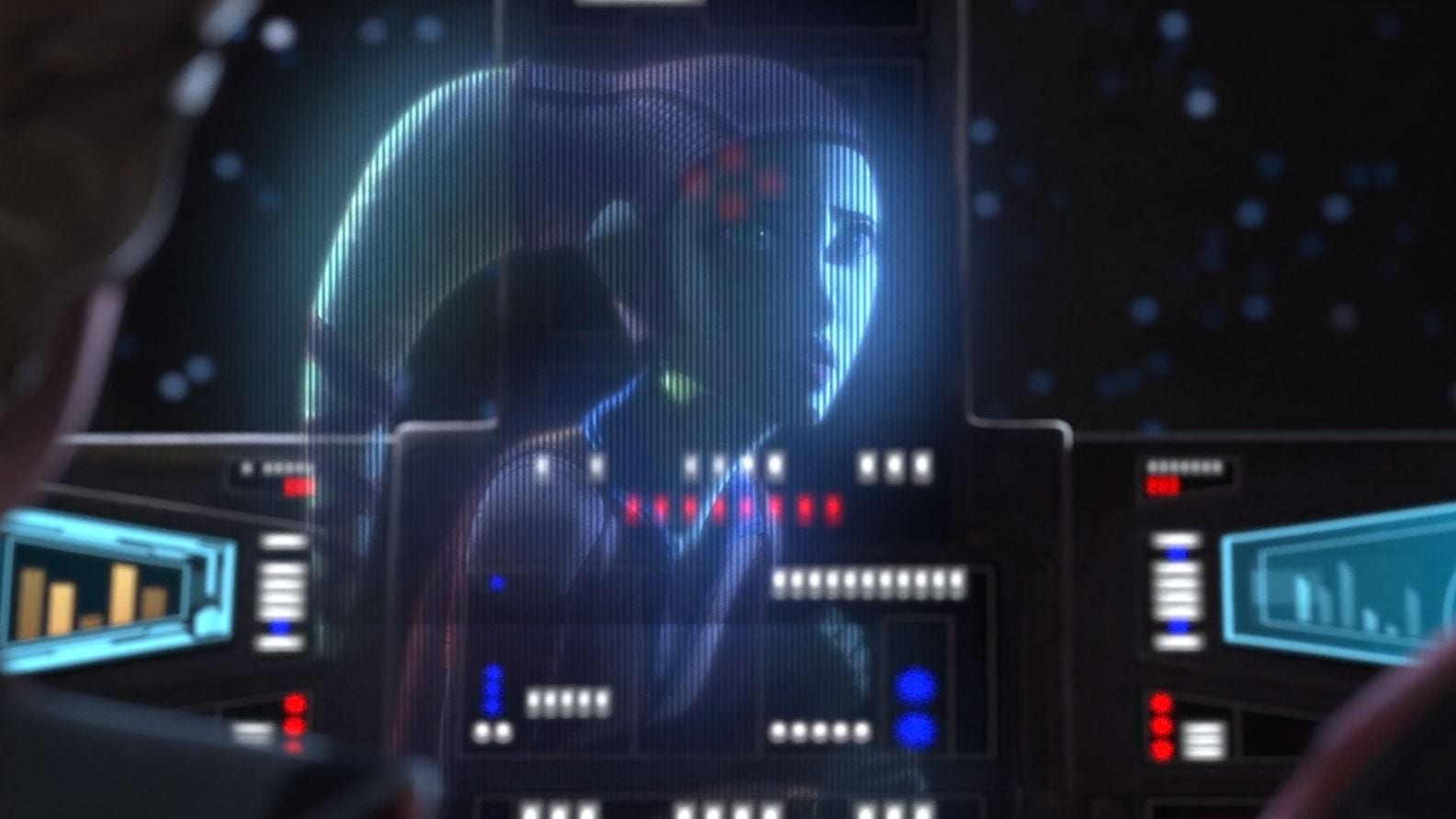 The Transmission sent by Hera.

Star Wars: The Bad Batch Episode 12 features a rescue mission as the Clone Force 99 have agreed to help out Hera by rescuing the Syndullas. Firstly, the squad head towards a hilltop near the castle from where they keep an eye on the security. Here, a surveillance droid spots them. Even though Hunter takes it down using his skills, some footage of them was captured and sent over to Crosshair. Crosshair, who knows the Clone Force 99’s capabilities, heads to warn Rampart about them. Nevertheless, Rampart isn’t really worried about them as he asks Crosshair to focus on his mission to capture Hera. Now that the Clone Force 99 has been spotted, the comm chat is filled with their news. This had put the crew at a major disadvantage as the Empire knew they were coming and would anticipate an attack.

With the element of surprise gone, the Bad Batch had no way to rescue Hera’s parents. Now, with no clear path in sight, Hunter decides to call off the mission. They decide that they would drop off Hera somewhere safe, but that was it. Nevertheless, Hera still did not want to give up as she started to offer double the price. Hunter could care less about the reward as none of it will matter if they get captured or killed. Hera goes to a distant place as she starts sulking, wanting to help her parents. As Chopper was trying to console her, Omega came to speak to her. She knows that her brothers would come around if there were a clear plan. Omega asks Hera to formulate a plan as she knows the planet Ryloth better, due to which she may be able to devise a good strategy. 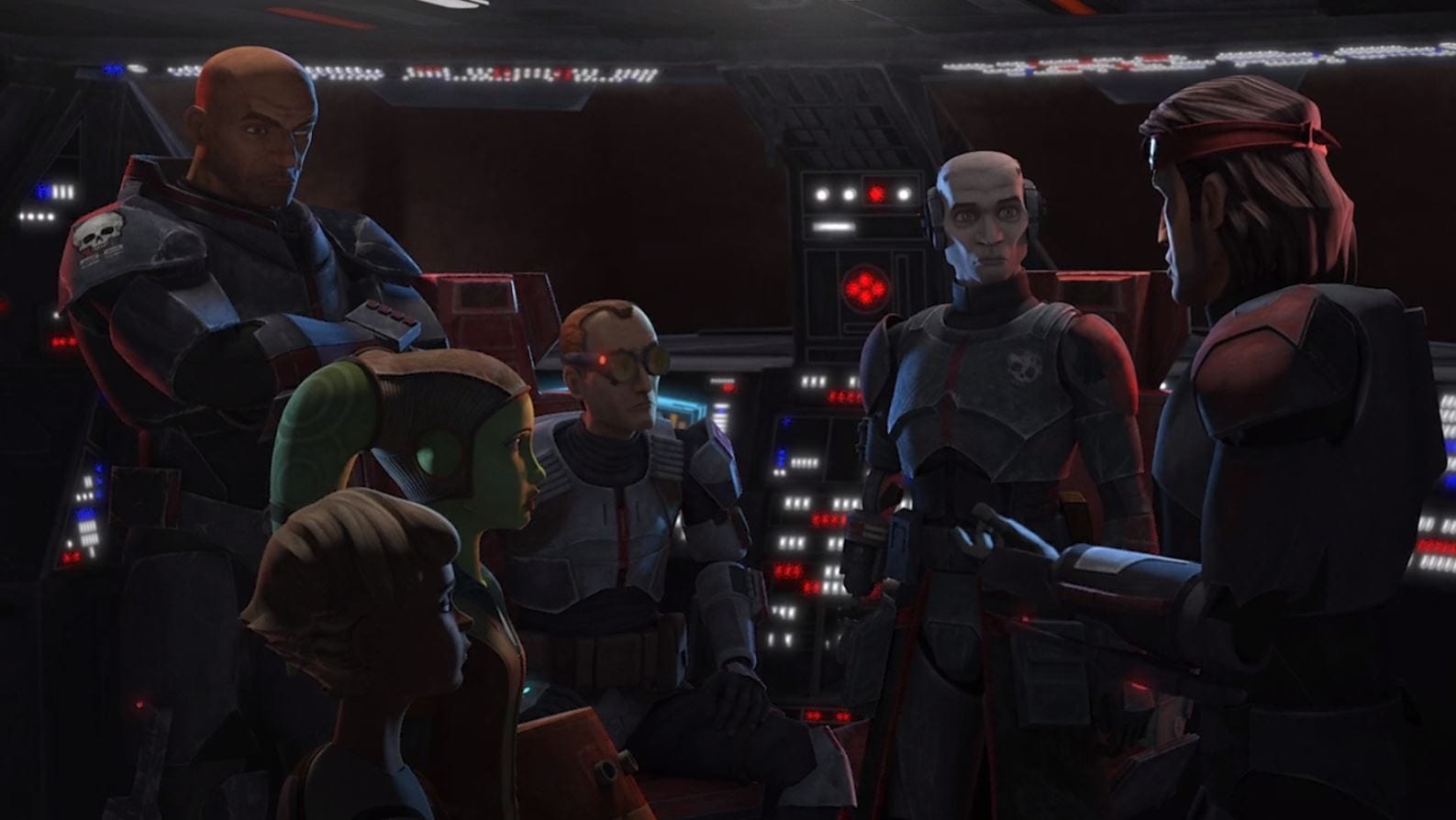 Hera finally comes up with a plan. Her plan works through a diversion as they should attack the Refinery on the outskirts of Ryloth. This should have the castle’s troops sent out there as reinforcements. This should cause a distraction and reduce the manpower they need to take on as they rescue the prisoners. But before they attack the Refinery, they must shut down the unmanned guns. For this, Hera, Omega, and Chopper were assigned to the task. Wrecker and Tech would attack the rest of the Refinery while Hunter and Echo get inside the castle. While the plan gets initiated, there is a minor hiccup as Chopper is unable to shut down the guns and get captured. Due to this, Hera and Omega take it upon themselves to destroy the Guns manually through an aircraft.

After this, Wrecker and Tech join the party as they help out in attacking the Refinery. During this, Rampart gets the message about the attack and sends out reinforcements. He himself heads off as he asks Howzer to take care of everything in his absence. Crosshair was also part of the reinforcements, but he decides not to leave as he correctly suspects that the attack on the Refinery is merely a diversion, and they must expect the Clone Force 99 to be inside the castle. So, Crosshair, along with some troops, aim their guns at the exit waiting for their enemies. Hunter and Echo successfully rescue the prisoners as they head to escape the castle. Here, Howzer warns them about the squad outside waiting for them. Then, the prisoners leave the castle on a shuttle while Howzer himself gets through to some of his fellow troops and gets arrested. 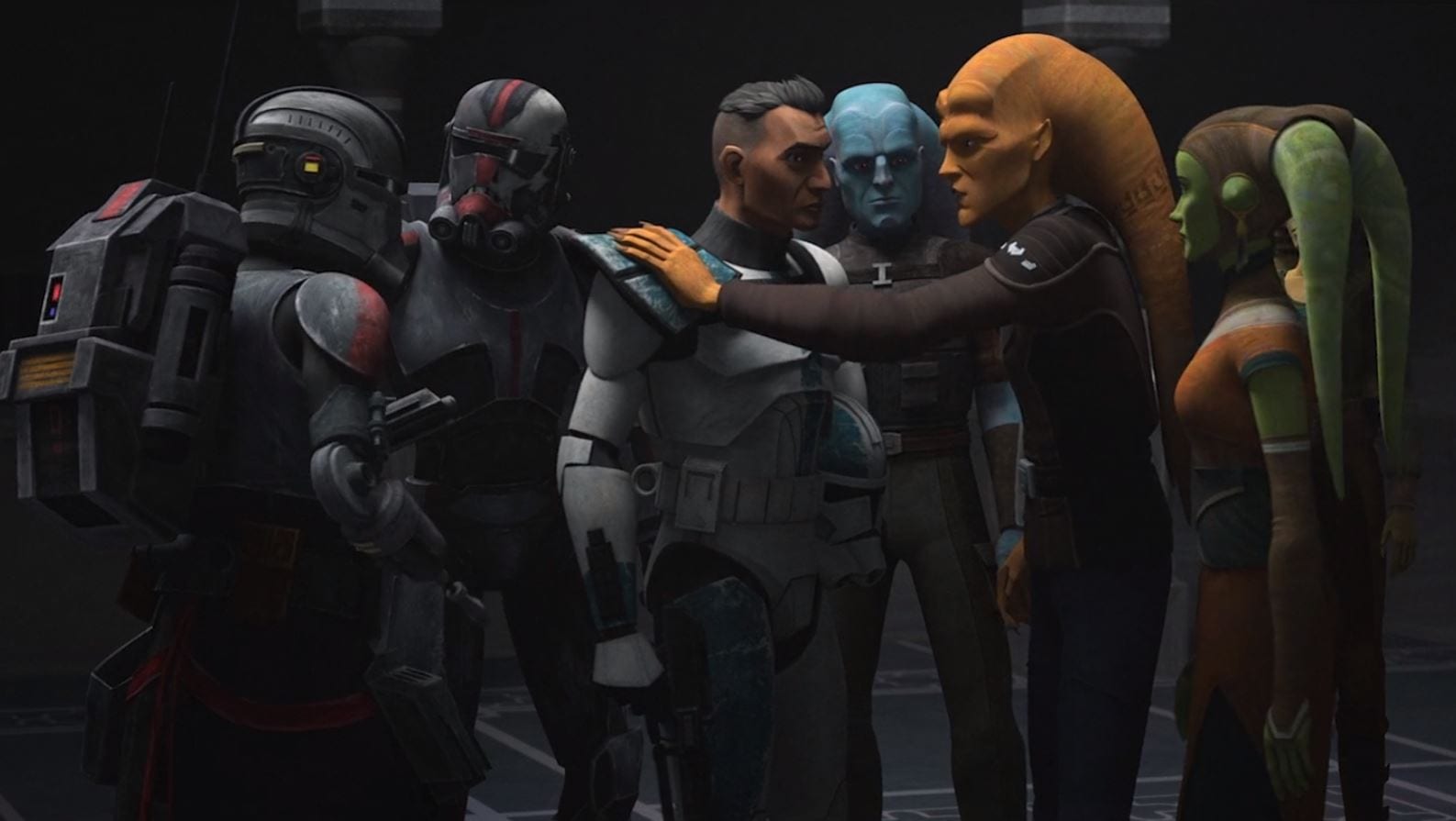 Star Wars: The Bad Batch Episode 13 is set to be released on 23rd July 2021. This episode, much like all other Star Wars: The Bad Batch episodes, will be released at 3:00 am ET / 2:00 am CT every Friday. This show follows an episode release pattern of one episode per week, which usually has a runtime of around 24 minutes. The episodes by Star Wars: The Bad Batch are also made available worldwide at the same time. This allows all Star Wars fans to watch the episode at the same time during its premiere. If you wish to watch the episode just when it premieres as well, you need to tune in at the time mentioned above in your local time zone. The show is set for a total of 16 episodes, out of which only four more episodes remain. 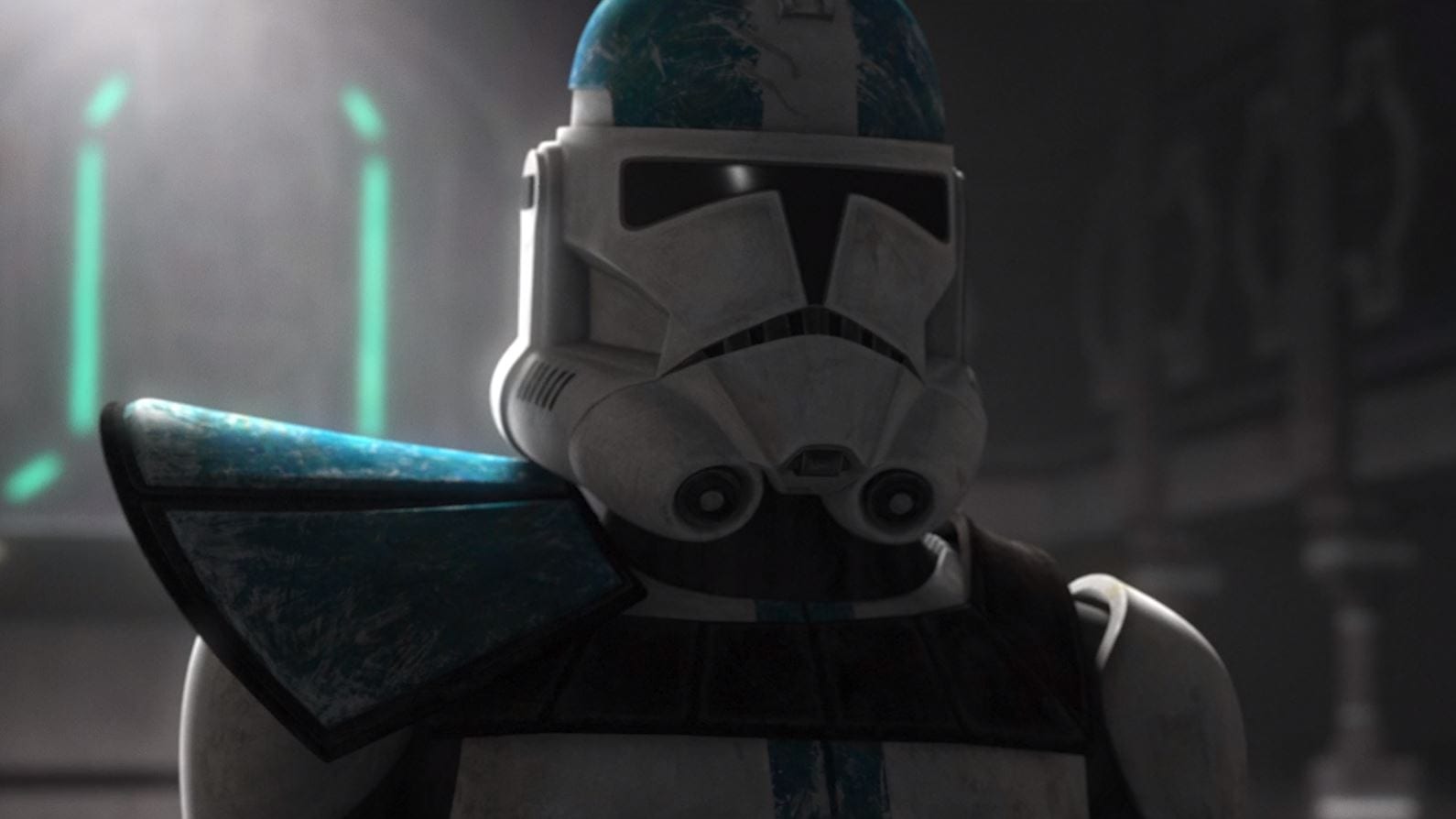 Star Wars: The Bad Batch Episode 13 should begin the final act of the show. The show is only set for 16 episodes meaning that the events that are about to happen should transpire the ending. While this does look like a one-shot series, seeing the previous Star Wars show, the chances of multiple seasons isn’t so bleak. So quite possibly next few episodes should end the story for now as it builds up an alternate storyline set for future seasons. 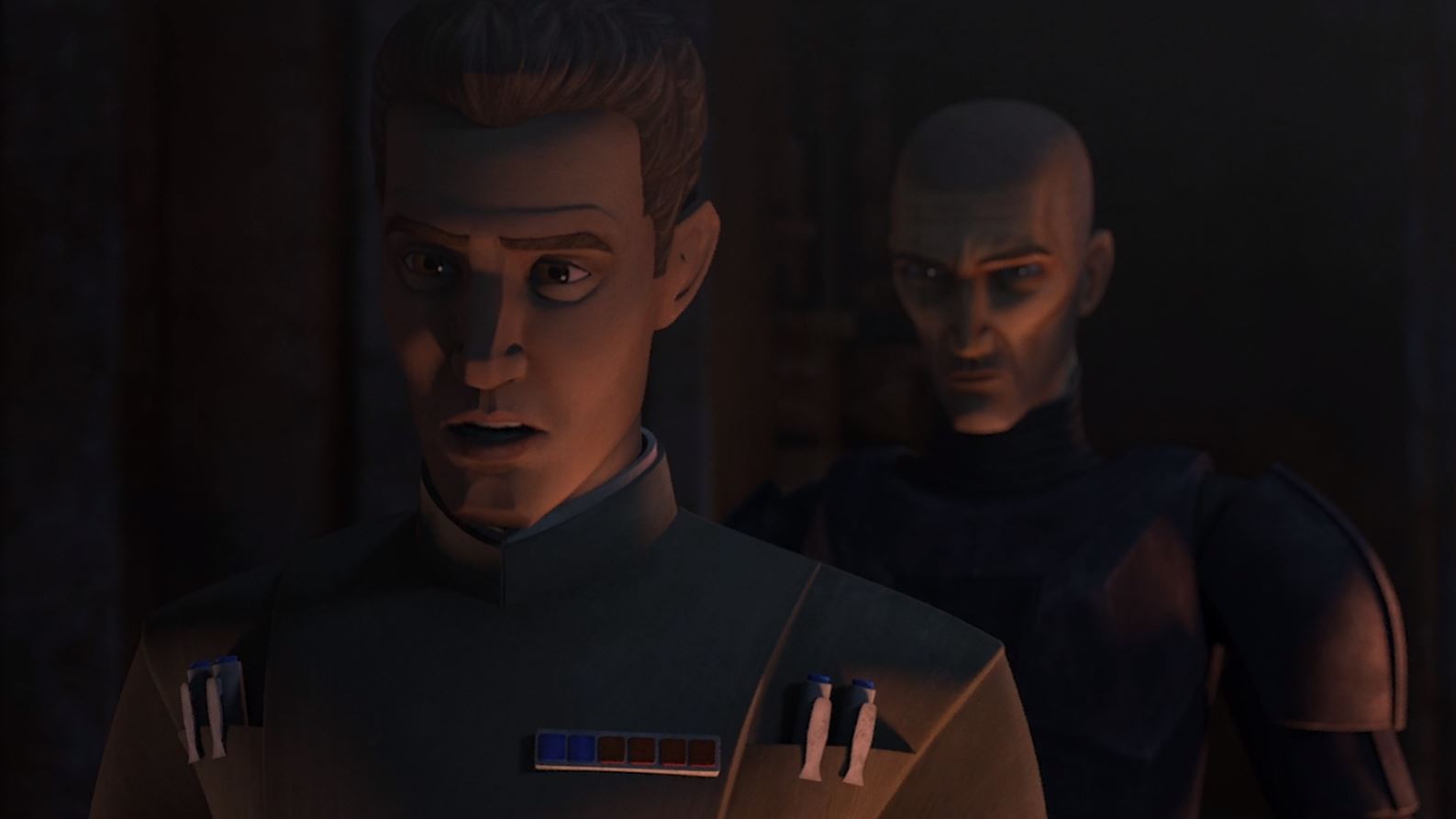 Seemingly, something that we have all forgotten is the mystery surrounding Omega. She was a specialized clone who was made by enhancing the genetic template of the Mandalorian Jango Fett. She was working with Nala Se, but now Ana Su wants her back at Kamino. Some mysteries surrounding Omega are still to be unveiled, and next episodes should also be covering that.

Star Wars: The Bad Batch is available to watch on Disney+ exclusively.

After Disney’s acquisition of Lucasfilms, all of Star Wars Entertainment Media is owned by Disney. And the multi-billion dollar company has made sure to incorporate all of it into their new direct-to-consumer service called Disney+. This video streaming service has all the Star Wars content on it that any fan would like to watch. Along with this, viewers can also watch other films and TV shows that are associated with Disney. The most popular shows to arrive on the streaming service include WandaVision, The Falcon and The Winter Soldier, and Loki.