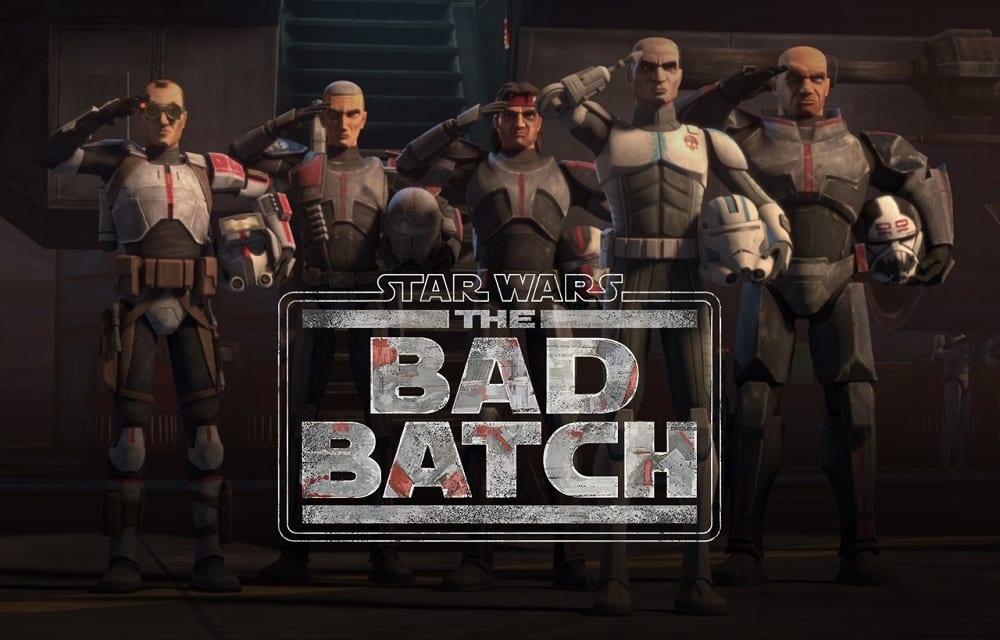 Star Wars: The Bad Batch Season 1 Episode 1 is coming out this week and here's all you need to know about it.

‘Star Wars: The Bad Batch,’ the American animated series, has arrived with its first season. Created by Dave Filoni, the series will be airing its first episode soon. The Star Wars franchise fans have been waiting for it for a very long time. However, the wait is over now as the show is here. The story of the show revolves around the Bad Batch, which is better known as Clone Force 99.

It is a batch of elite clone troopers with genetic alterations that were introduced in Star Wars: The Clone Wars for the first time. This Clone Force 99 takes on some adventurous mercenary assignments after Clone Wars. So, let us dive further into the article to find out everything about ‘Star Wars: The Bad Batch’ and its soon-to-be-released first episode. 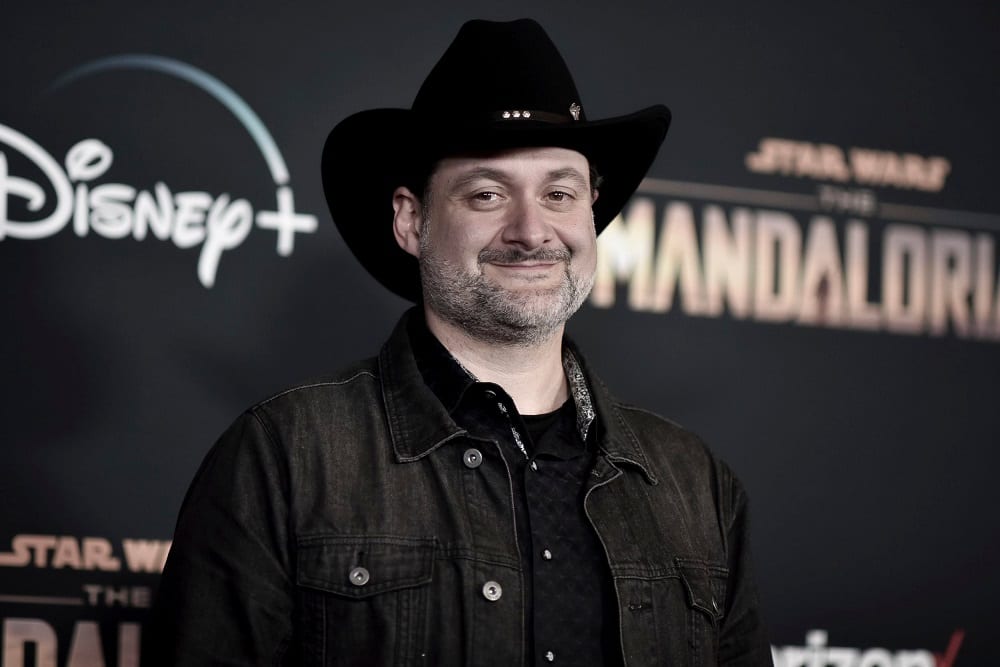 A still of Dave Filoni, the creator of the series ‘Star Wars: The Bad Batch.’

Everything you need to know about ‘Star Wars: The Bad Batch’:

‘Star Wars: The Bad Batch’ is an American animated TV series created by Dave Filoni. It runs in the genre of action-adventure and science fiction and is based on the epic space opera media franchise ‘Star Wars’ (by George Lucas). Consequently, it is a part of the franchise and is a sequel as well as a spin-off to the show ‘Star Wars: The Clone Wars.’ Jennifer Corbett is its writer, while Brad Rau has directed the series. Disney+ had officially given the show the green light in July 2020. Dave Filoni, Athena Portillo, Brad Rau, and Jennifer Corbett are its executive producers. Lucasfilm and Lucasfilm Animation are the production companies that have funded the project, while Disney Platform Distribution is its sole distributor. Consequently, the show will be available for streaming on Disney+. Anyhow, now let us have a look at some of the voice artists for the upcoming animated series. 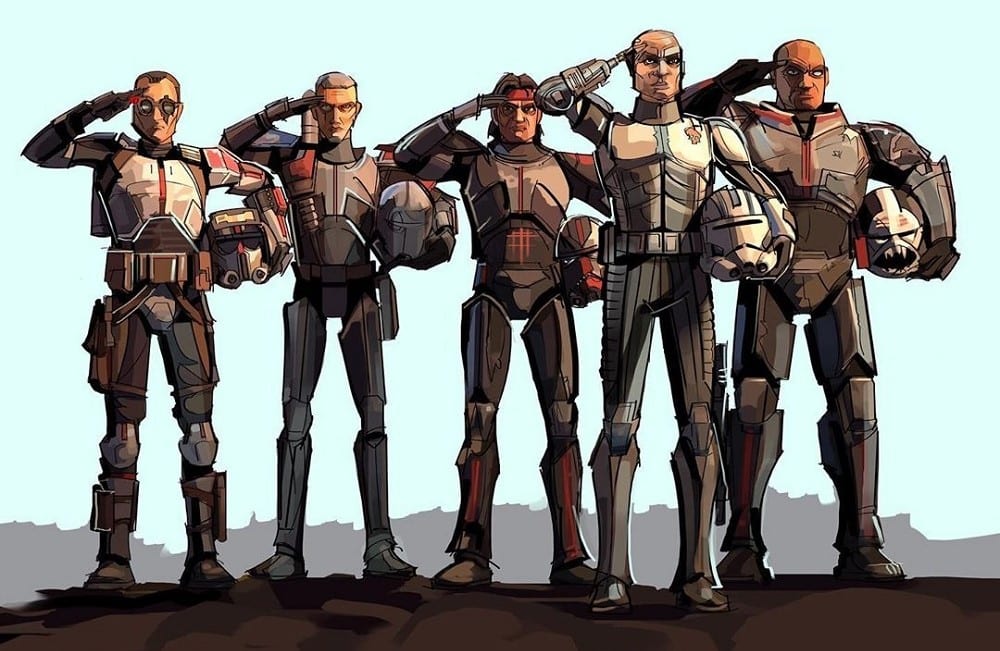 A still of the lead characters, i.e., the members of the Clone Force 99, a.k.a. the Bad Batch. 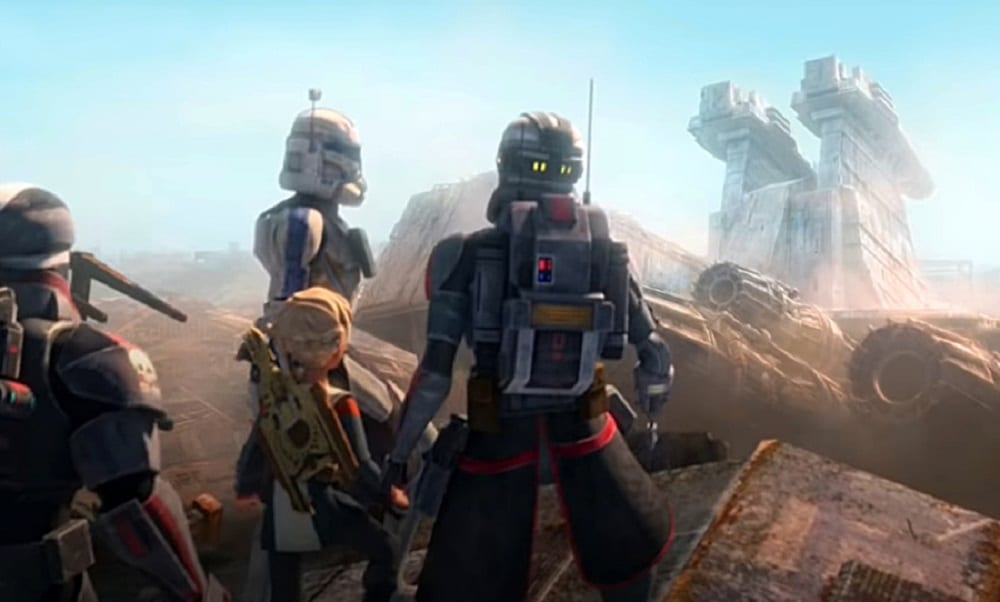 A leaked image from the soon-to-be-released first episode of Star Wars: The Bad Batch Season 1.

Star Wars: The Bad Batch Season 1 Episode 1 is going to release on 4th May 2021, i.e., on Tuesday at 8 AM ET. It will be a 70-minute special, and just 3 days later, the series will release its second episode. As of now, you can expect a total of 14 episodes from the show. Furthermore, the production studios have not yet disclosed the title for the upcoming Star Wars: The Bad Batch Season 1 Episode 1. In the premiere, we will be introduced to the characters, and the show will set up the central storyline.

Moreover, Star Wars has even released a trailer for the series on their official YouTube channel. It has already crossed 2.1 million views, and you can click to watch it below. You will be able to stream the show on the official website of Disney+ or its app at the mentioned timeslot above. So, gear yourselves up as the animated action-adventure series will be coming to you in the near weeks.