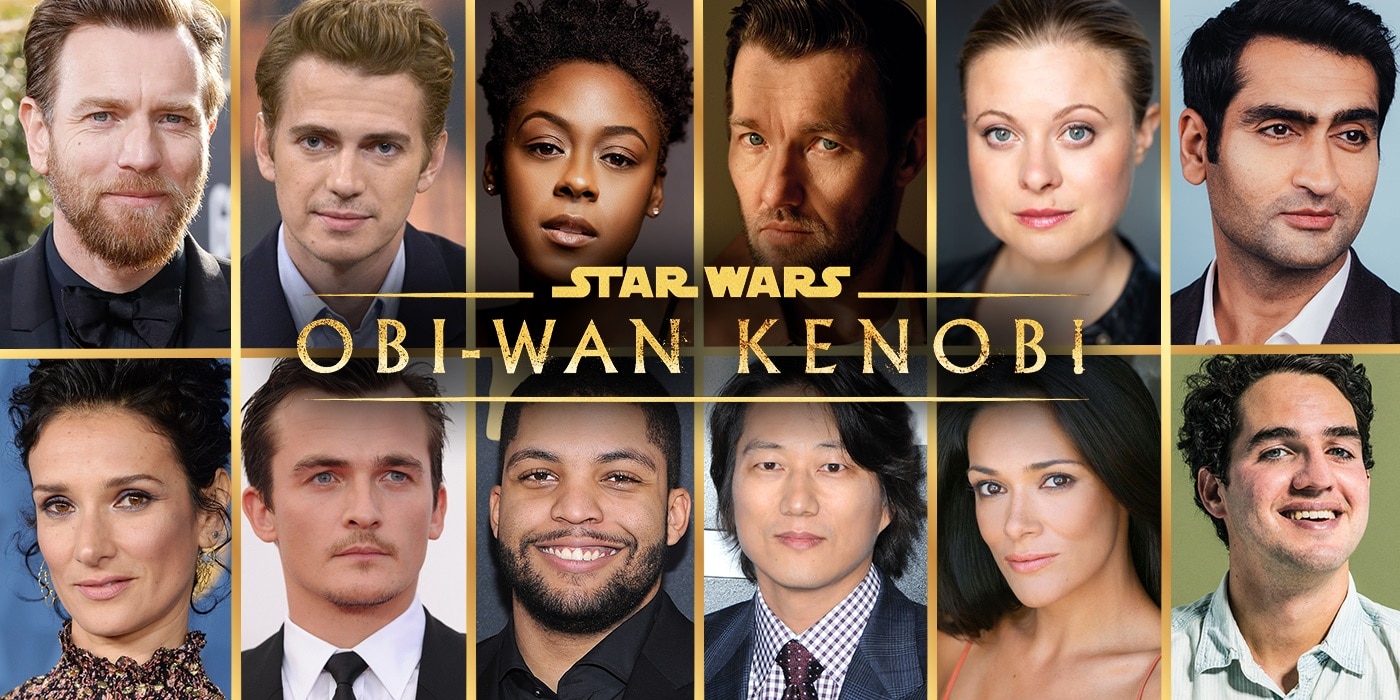 The revealed full-cast of the new Disney Series about Obi-Wan Kenobi, a vital character in the franchise

One of the most awaited superhero blockbuster series is having a piece of big news for us. The Star Wars series just announced the full cast and crew that will be joining the production of the series. Ewan McGregor who plays Obi-Wan Kenobi finally found his final fellow castmates who will be joining him in the

The British actor Ewan McGregor himself will return to play Jedi Obi-Wan Kenobi in the latest Star Wars series. In the BBC’s The Graham Norton Show, Ewan revealed when the shooting process for the Obi-Wan Kenobi series would begin in April this year.

The series was first announced by Disney in August 2019. The filming process was delayed due to the scriptwriter, Hossein Amini, leaving the project in January 2020. Hossein Amini was finally replaced by Joby Harold in April 2020, forcing the 20 mp2 Keni-Star Warstrilogie production process.  Alec Guinness also had time to play this Jedi character in the original Star Wars before passing away in 2000.

After a long while waiting for the cast list confirmation from the officials, fans of Star Wars are now cheering up for the new (and old) cast of their favorite franchise. They will make their appearance on the show immediately. Who are they and which characters are they playing? check them out below to find out.

Taking the role of Darth Vader, the ‘old’ aka original cast from the previous movies, Hayden Christensen is ready to slip in the cast list.

The 39-year old actor also stated that he can’t wait to see how the production team concocts a story taken a decade after Star Wars: Revenge of The Sith.

the 43-year-old Pakistani actor is also joining the cast for its own pride. The actor’s best works include several famous TV series and movies such as Silicon Valley, and comedy films like The Lovebirds, and the phenomenal and widely successful ‘The Big Sick’. He is also a great comedian who occasionally does stand-ups. In another project, he will star as Kingo in Marvel’s ‘Eternals’

Although fans are happy with the casting of Kumail, the character set for him to play is still unknown. Will there be another character that we never see in the previous Star Wars movies? we’ll be really glad to find to about that very soon.

This talented actress is quite new to the Hollywood industry. She does not even have that many movies with her name on them. But on the verge of 2020, Moses starred in ‘Queen’s Gambit’ which excelled to be one of the biggest and most successful shows on Netflix. She played the character of ‘Jolene’ in the series. And since then, we can say that her name is quite skyrocketing. Thanks to her talents and natural instincts on the camera, she successfully played the character with such ease. Her character in this upcoming movie is not confirmed yet. Regardless, fans are happy that the new-born star of Netflix’s hit series ‘The Queen’s Gambit’ will also star in this Disney Star Wars series. 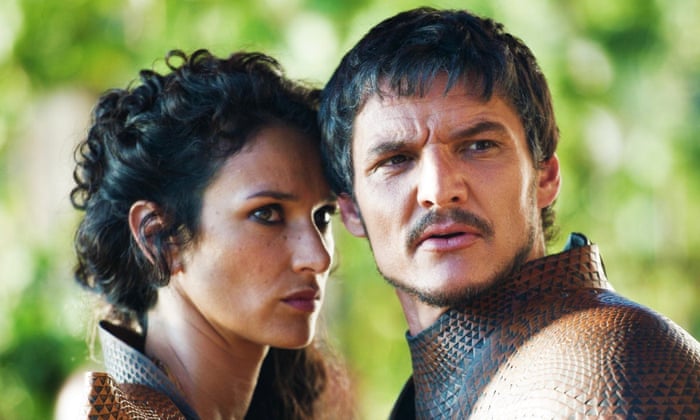 Now, a face that is quite familiar to some people in the sci-fi or fantasy movie and television genre. She is Indira Varma.

Just like Kumail’s, Indira Varma’s role in the upcoming movie is still a huge secret. Varma has previously starred in many recognizable roles in decent movies and television.

She starred as Ellaria Sand in Game of Thrones. She will be the second Game of Thrones star to join the cast of the Star Wars series. Previously, Pedro Pascal plays Oberyn Martell in the Game of Thrones series on HBO. Varma has also appeared in other prominent TV series such as Paranoid, and Carnival Row, Torchwood, Rome, Luther, and Human Target. She is also going to appear in the very much awaited sequel Mission Impossible 7.

Also read: 20 Facts About Star Wars That You May Not Know

Joel Edgerton was appearing in a previous Star Wars movie. In the movie Star Wars Episode 2: Attack of the Clones, he played the character of young Owen Lars, which he played very well through every minute.  Owen Lars himself was later revealing himself as the foster parent of Luke Skywalker. Therefore, he was playing such a vital role in the movie.

Remembering that Joel has such a diverse and fat body of work throughout his career, some people forgot that he starred in Star Wars long before he starred in ‘The Gift’.

In 2018, he starred in Jennifer Lawrence’s Russian affair in ‘Red Sparrow’. The year before, in 2018, he slew a character of an angry baptist in a gay conversion therapy in ‘Boy Erased’. His comeback to the Star Wars franchise is surely an exciting thing to see for this Australian actor.

Another Hollywood actor who is getting a to in this project is Sung Kang. His name is elevated when he starred in The Fast and Furious franchise. His first appearance in the movie ‘Fast and Furious: Tokyo Drift was so enigmatic that some fans of the racing movie franchise rooting for him to get back again in the next project aka Fast and Furious 9. And by that, he did.

His reported appearance in this upcoming Star Wars franchise is, however, still blurry. Disney has a lot of information being scared about which actors are going to join Ewan Mcgregor n this series. But nonetheless, the characters they play are still a mystery waiting to be revealed.

Another previous star of Star Wars will likely return to continue their story. Beru Lars is joining the cast once again.  She will play the role of Luke Skywalker’s aunt in Star Wars: Episode II – Attack of the Clones and Revenge of the Sith. Her appearance in Star Wars went hand in hand with Joel Edgerton’s appearance. Making this a dual comeback for the two actors. Other than star Wars, Piesse has made her appearance in some Australian series like Stingers, Blue Heelers, and the Last Man Standing. She is also one of the cast in the widely acclaimed romantic comedy called ‘Love Eterne’. Despite having a pretty smooth career as an actress, she is also a singer and songwriter. Her music is all around the internet platforms.

Another veteran television actress to join the cast is Simone Kessell. She is a New Zealand actress with a bunch of screen times in various movies and series.  This appearance will be her Star Wars debut in the ‘Star Wars: Obi-Wan Kenobi’ by Disney. Simone Kessel entered the Hollywood industry in 1990. While her name may not be recognizable to some people, she has actually appeared in much prominent television series. This is including her briefs and appearances on shows like CSI: Miami, Fringe, and Farscape. Kessell also played Lt. Alicia Washington in Terra Nova.

Just a little but important note, he and his brother directed the highly acclaimed thriller movie ‘Good Time’ starring Robert Pattinson in 2017. He also won the Film Independent Spirit Awards for Best Director alongside his brother for their work ‘Uncut Gems’. Furthermore, he recently starred in the Oscar-nominated m\Netflix movie ‘Pieces of a Woman‘, playing a character named Chris. Safdie’s role is also unknown, but we are probably most excited about his appearance.

Several old names such as Hayden Christensen will certainly appear and portray his old characters. However, Ahmed Best, who played Jar Jar Binks, made sure not to be involved in the production of the Obi-Wan Kenobi series.

Star Wars fans certainly hope that Obi-Wan can reunite with Jar Jar Binks like in Star Wars: Revenge of the Sith. Unfortunately, in this series, Disney will focus on discussing Obi-Wan, who has left his past behind.

Reflecting on the success of The Mandalorian, Disney, and Lucasfilm are now starting to work on various spin-off stories from the Star Wars universe to be broadcast on their streaming service.

Snowpiercer Season 3: What To Expect?