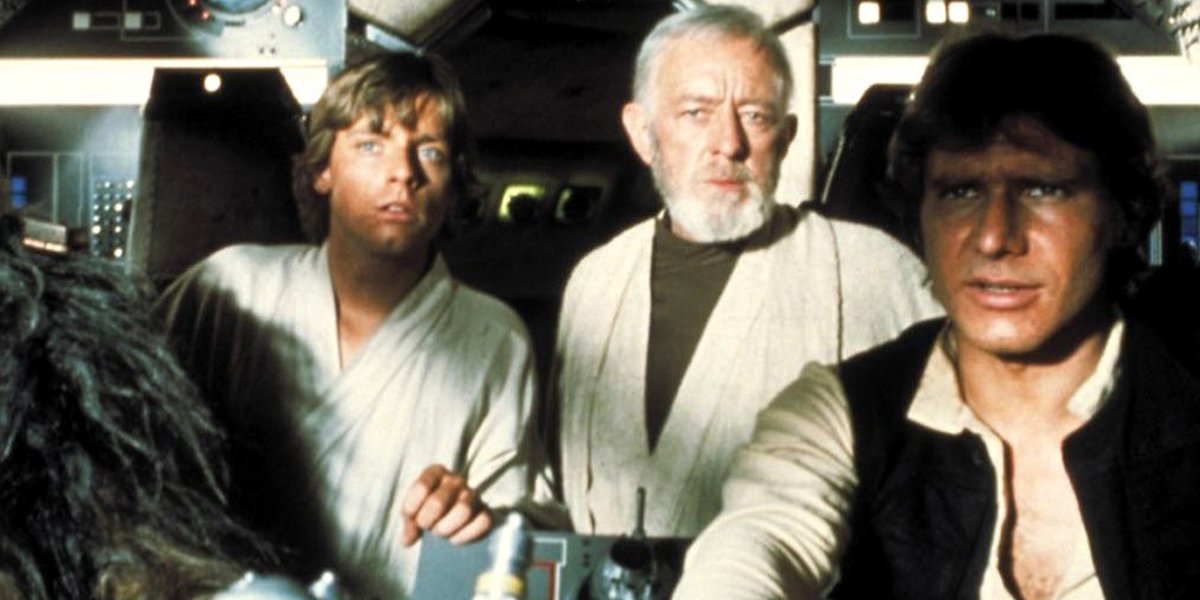 Mark Hamill said that his former co-star Alec Guinness had patience like a saint for putting up with him and Ford on the set. Before Star Wars became popular in 1977, no one knew Mark Hamill. Even Harrison Ford wasn’t that popular, although he played in small roles.

Alec Guinness has already worked infamous titles such as The Bridges on the River Kwai, Oliver Twist, and Great Expectations before Star Wars came into play. He is well known for his performance as Obi-Wan Kenobi. His career spans more than thirty years.

What is the patience about?

Mark Hammill referred to the nonsense he and Ford had put forward during the shoots on the set and said that for dealing with all of it, he deserves to be called a saint for his patience. The comment was made after one of the Star Wars celebration videos. The patience might also refer to the various instances when Ford and Hamill cracked jokes while Guinness tries to act next to them.

People often ask Mark Hamill how it feels to work with the stars who enjoy their time on sets so much that their emotions can be seen in their actions. Although some fans think it’s nothing but advertisement by Disney, we cannot ignore the years of working they have been doing together, which also binds them as a family. So it makes sense to see them celebrating all the fun times they had together.

Unfortunately, Alec Gunness expired in August of 2000; it is great to know how he tolerated the young actors with their mischiefs. We are not aware if Hamill will follow the footsteps of Guinness regarding the movie’s plot. However, we are sure that Hamill is tolerable like Guinness in dealing with his young co-stars in the Star Wars movies.

All Movies and Shows Coming To Hulu In February 2020