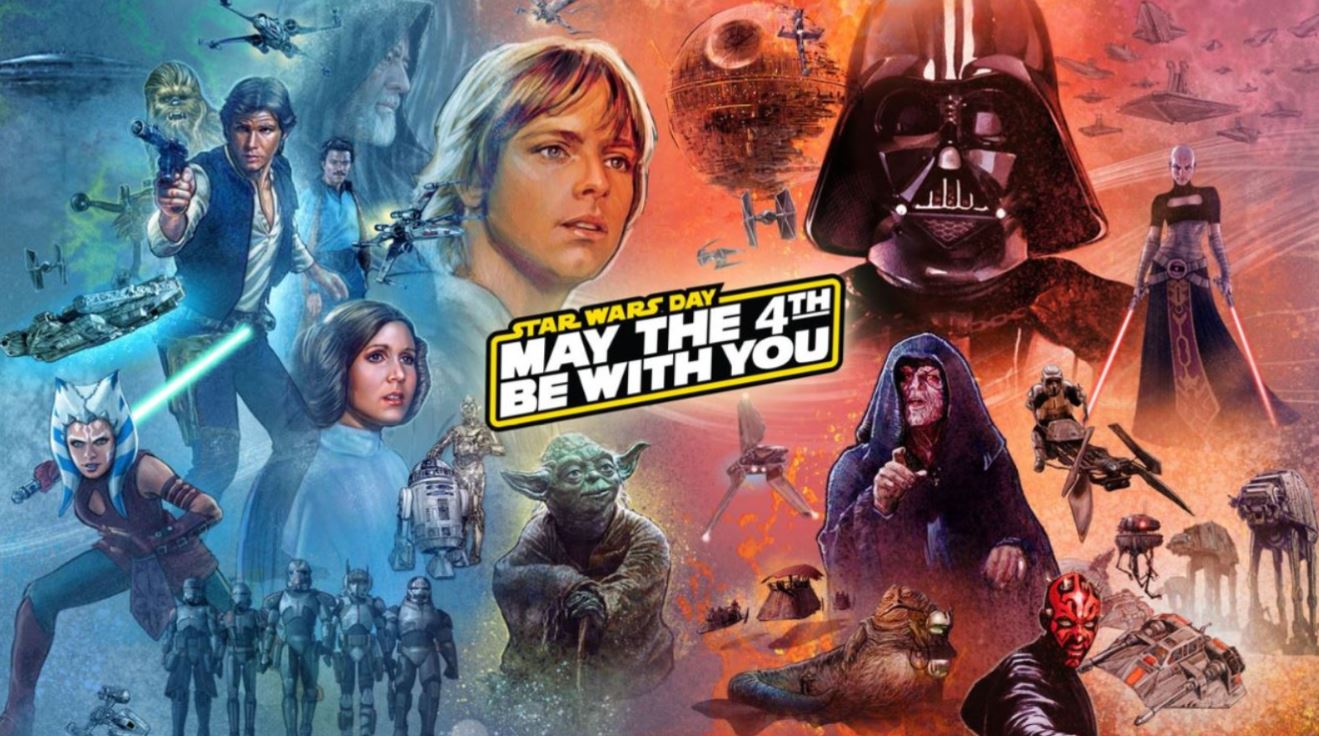 A Long Time Ago, in a LucasFilms Studio pretty far from most of us, emerged the Cinema History changing franchise ‘Star Wars.’ This franchise was born over four decades ago in 1977 and has managed to leave the World enthralled with its fictional universe. Generating millions of fans from its then-advanced sci-fi story, the Star Wars franchise grew significantly. People have spent their entire childhoods engaged in watching franchise movies and reading comics. The popularity of the series is so high that there is a special day assigned to celebrate the franchise, Star Wars Day. Star Wars Day is a commemorative day celebrated on 4th May. That’s today, so we wish you all the Star Wars fans a Happy Star Wars Day, May the Fourth Be With You!! In this article, we will discuss this day’s history and what all you can do to celebrate the day as well.

It was two years ago when the final chapter for the new trilogy, “Star Wars: Episode IX – The Rise of Skywalker” was released. The prequels for the same were “The Force Awakens” and “The Last Jedi.” With this, the main story of Star Wars came to an end. And now we have been witnessing the new-gen Star Wars entertainment in The Mandalorian and the animated TV Shows. The various elements and characters of the movies such as Lightsabers, Death Star. Darth Vader, Luke Skywalker, Chewbacca, R2-D2, and C-3P0, have all become immortal in our hearts. So, rewatching them back in action became a part of the festivities. People meet up with other fans as they enjoy a marathon watching all the movies in a single run. This year, the fans are welcomed with another delight, as Star Wars: The Bad Batch starts premiere today as well.

Why is 4th May celebrated as Star Wars Day? 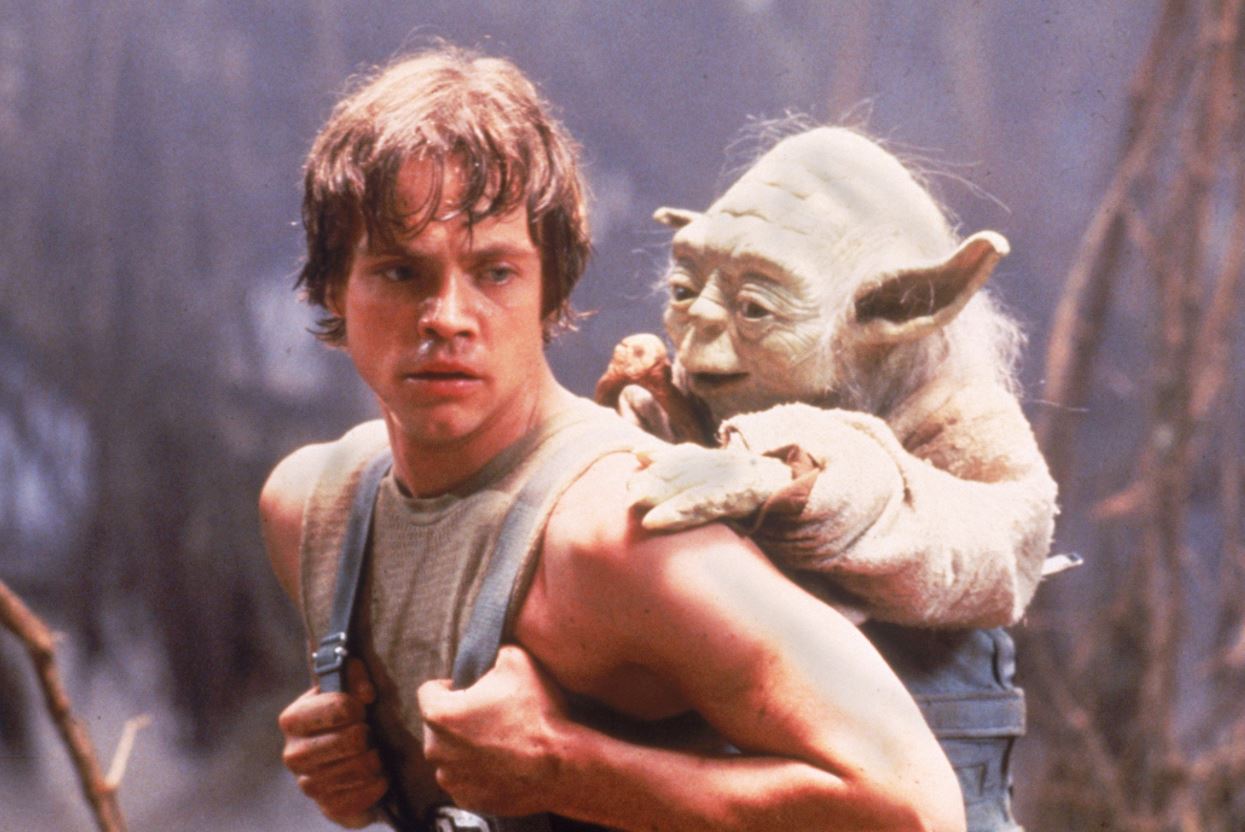 There is a popular phrase in the star wars franchise that the characters use to wish each other luck. The premise is that there in the star wars universe exists certain energy called the force. Therefore the characters are known to say the phrase, “May the Force be with you.” This is usually used as a farewell greeting within the universe. Slowly as the iconic catchphrase became more mainstream, a pun for the same emerged between netizens. The phrase got begun to be reframed to “May The Fourth be with You.” Since then, from 2011, fans started celebrating International Star Wars Day on May 4 every year.

Technically speaking, Star Wars Day isn’t even on the anniversary of its premiere but on a separate day. This is only because the day acts as a pun to the phrase and no other reason. In fact, the puns for Star Wars Day were so normalized that a second day for celebration was formed. The next day that is May 5th started to be celebrated using the pun for the sixth movie in the franchise, “Episode III – Revenge of the Sith.” The pun generated for it was “Revenge of The Fifth.” This day started to be celebrated by the fans as they joined the ‘Dark Side’ celebrating the Sith Lords.

What is the History of Star Wars Day? 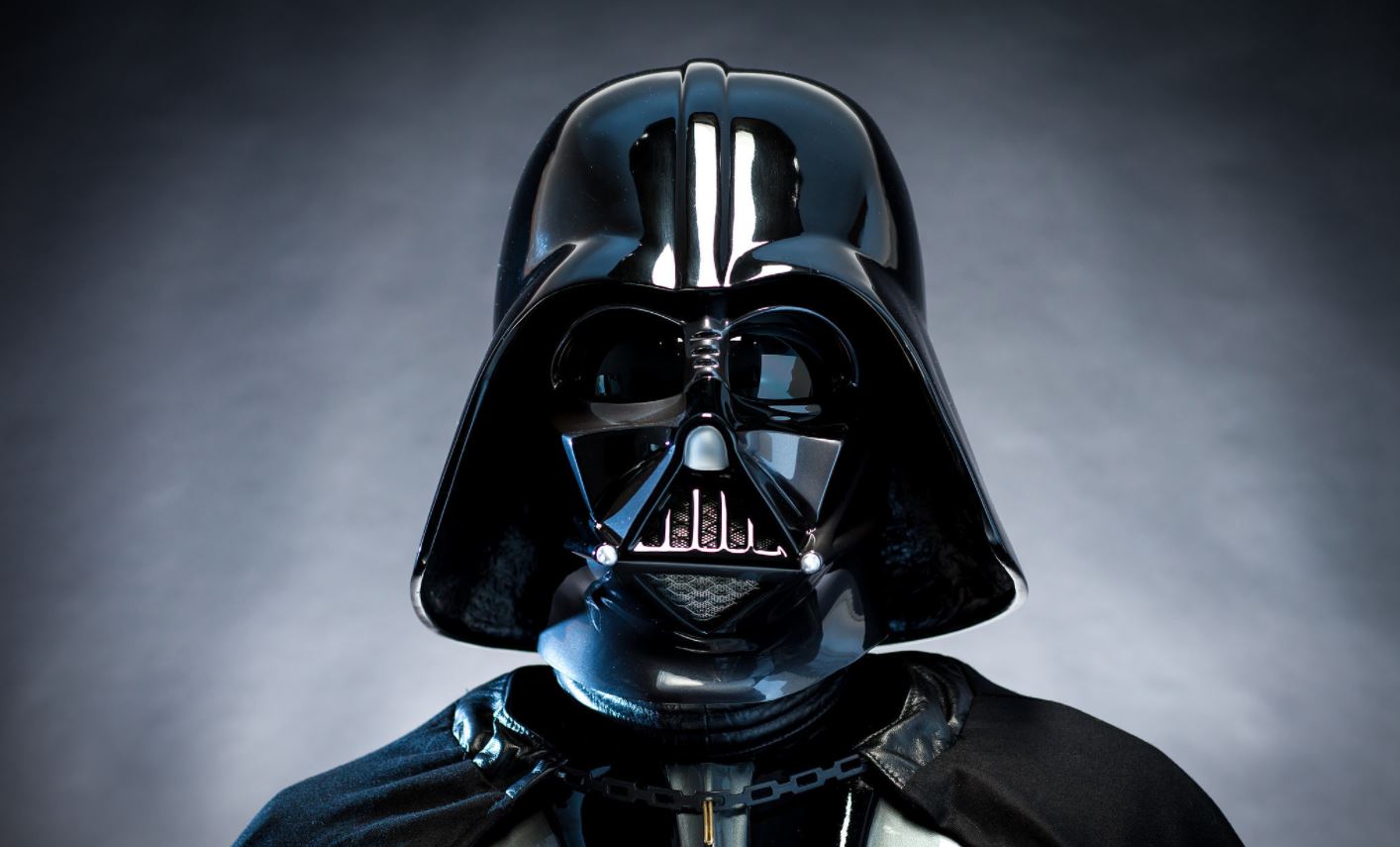 The Star Wars Day pun didn’t randomly sprout among fans but originated way back in 1987. Then on 4th May 1979, we have the first recorded reference of the famous Star Wars phrase. On that day, Margaret Thatcher got elected for the position of Prime Minister. And according to a Danish Public Broadcaster, her political party, the Conservatives, ran a congratulatory message on The London Evening News. The message said, “May the Fourth Be with You, Maggie. Congratulations.” The first annual celebration for Star Wars Day began in 2011, Toronto, Canada. This took place at the Toronto Underground Cinema and was produced by Sean Ward and Alice Quinn. The festivities included an Original Trilogy Trivia Game Show. and a costume contest judged by celebrity judges. Moreover, there were tribute films, parodies, and all played on the big screen.

This day soon started to become more official and widely known after LucasFilms was acquired by The Walt Disney Company in 2011. The day observed festivities and events all across Disneyland and Walt Disney World. The fans even include government officials, such as Boris Johnson, who has been known to celebrate Star Wars Day. Minor League Baseball teams, Toledo Mud Hens and the Durham Bulls, have been known to wear special uniforms as a part of the promotion. Star Wars Day was even celebrated in the International Space Station, where astronauts watched Star Wars on 4th May 2015. The same year, “The Imperial March” theme from Star Wars was played from the carillon bells inside the Peace Tower in Ottawa, Canada.

Also Read: 20 Facts About Star Wars That You May Not Know

How to Celebrate Star Wars Day?

The Star Wars Day celebration is quite simple. People generally organize a gathering where they could all interact with each other in various Star Wars-themed activities. Usually, these activities would take place with a Star Wars marathon along with some snacks. But this time, due to the pandemic, the activities seem a bit out of proportion. Therefore here we have listed what you could do during this Star Wars Day. 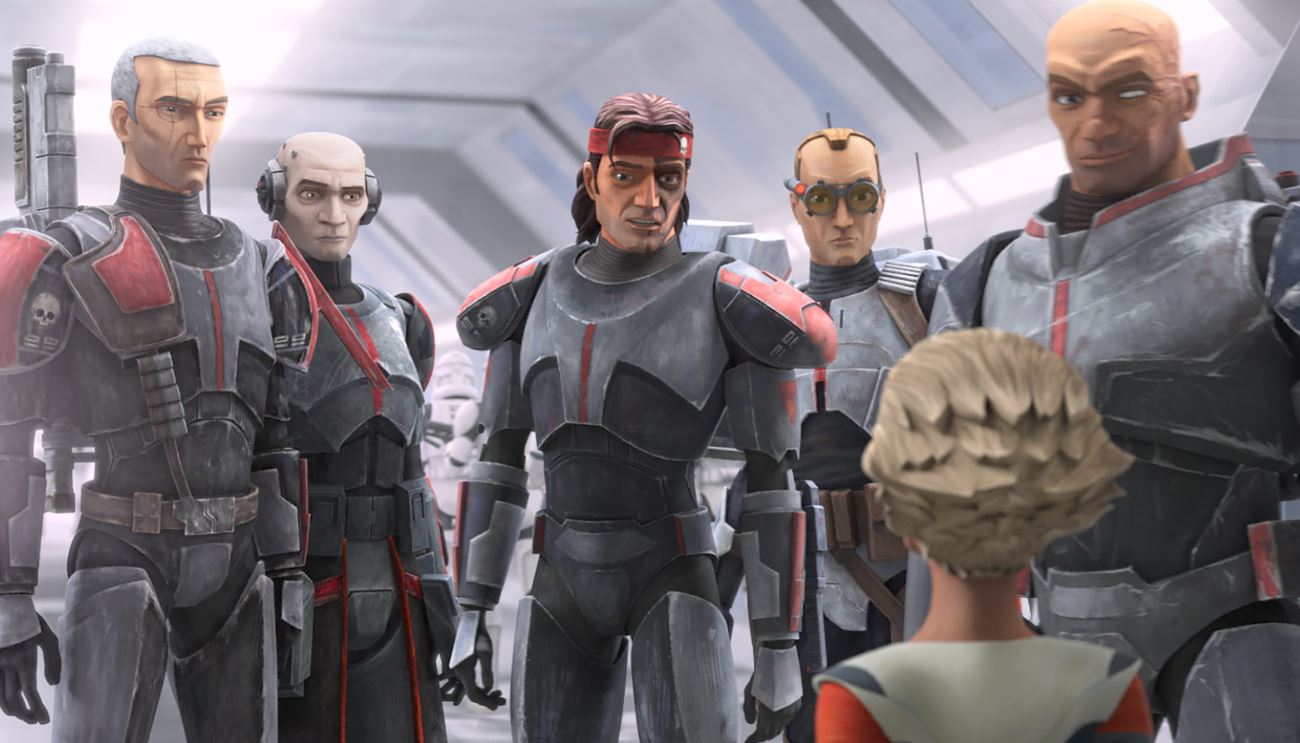 A Star Wars Day is incomplete without one watching the series with their fellow fans. So, one can make use of the GroupWatch feature on Disney Plus to add up to six people to watch some Star Wars movies on sync. However, this year you need not necessarily rewatch the movies, but you can experience the Star Wars: The Clone Wars sequence series, Star Wars: The Bad Batch. The series starts premiering on 4th May 2021, with new episodes airing every week. Star Wars: The Bad Batch features a Clone Force 99, a group of elite troopers who have genetic mutations. These were first introduced in the Clone Wars and will now be used for mercenary missions in the aftermath of the War.

Star Wars has become so popular over the years that various food items have been created that are inspired by the franchise. One can head to the kitchen and create a variety of Yoda pancakes, Princess Leia rice bowl, or even Bantha Blue Butter sandwich cookies for dessert. If you remember that particular episode from The Big Bang Theory, you can even make a Death Star-themed cake for the occasion.

3. Expand Your Knowledge through Star Wars Books and Comics

Star Wars: The High Republic is a new series of books and comics under the Star Wars franchise, They have valuable stories that cater to the all-new era of Star Wars that has yet to be explored. There are new exciting char5acters that you can meet, like Sana Starros and Doctor Aphra who are present at a time when the Jedi Order was at its height.

Also Read: What To Expect From Star Wars: The Bad Batch Episode 1?

Star Wars series has led to the creation of various Star Wars-themed merchandise. These include action figures, cosplays, or even some games. Star Wars day is simply to be enjoyed, which means people can celebrate it any way they want as long as it is star wars-themed. 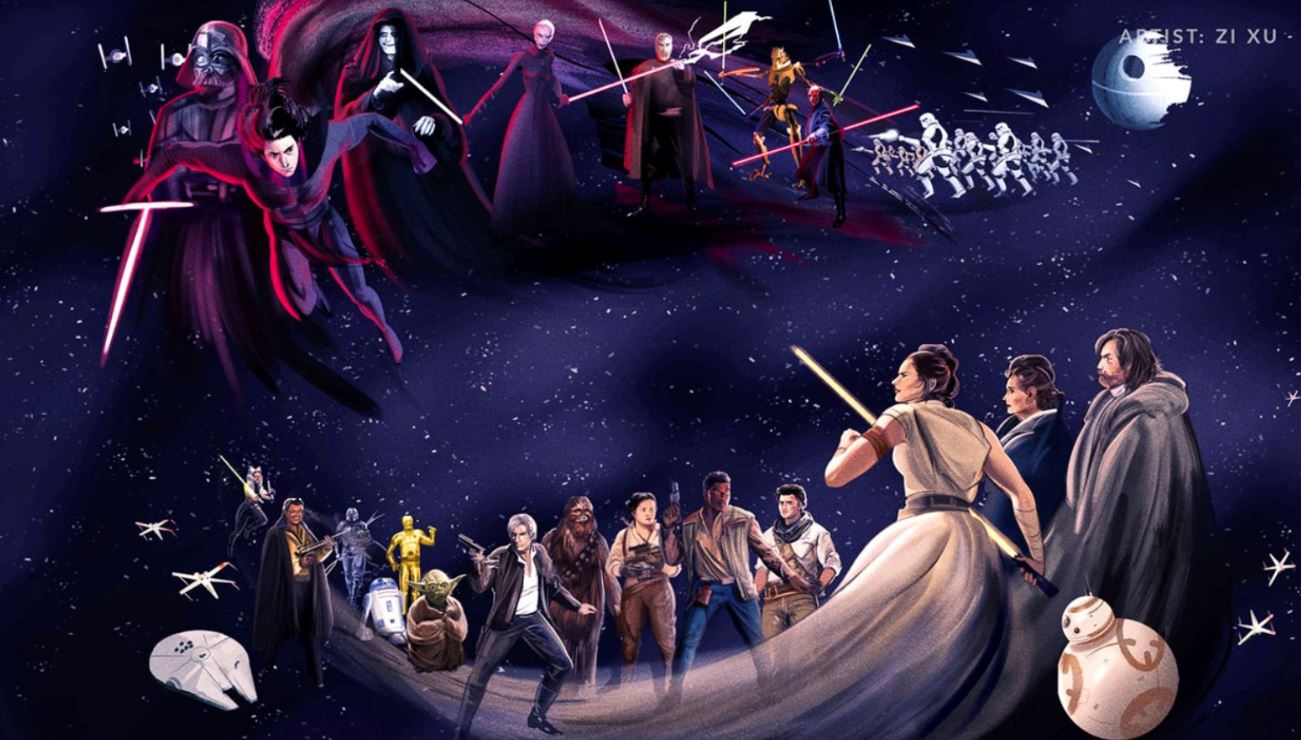 On 30th April 2021, Star Wars uploaded a blog in concern for this year’s Star Wars Day. LucasFilms and The Walt Disney Company have commissioned fan artists from all over the world to create new pieces for Disney+. Here Star Wars fans can send in their fan arts for the franchise starting from Tuesday 4th May 2021. This even ends in 5 days, that is on 9th May 2021, Sunday. The creators of the franchise will be monitoring the entries. After which the notable ones will be made available to view on the Disney+ landing page. 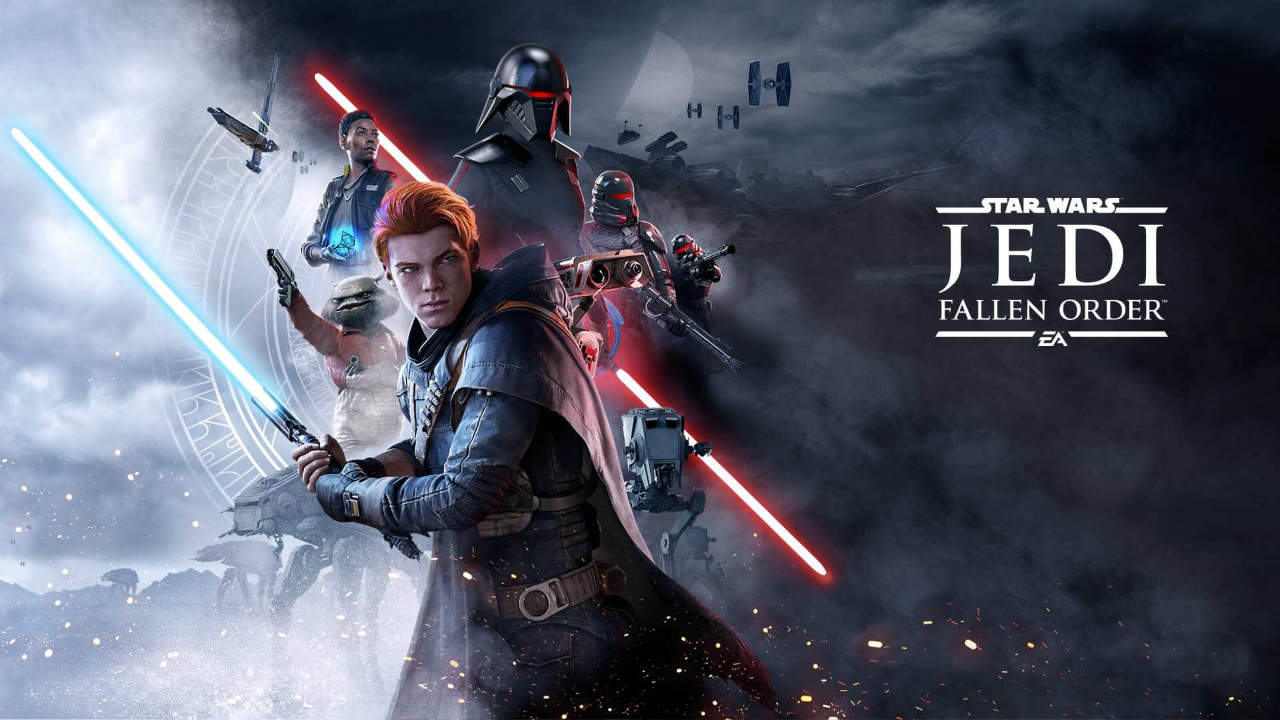 Every year on Star Wars Day, Star Wars-themed games observe a particular discount drop on their prices. These Star Wars games are available on PC and consoles such as on PlayStation and Xbox. These sales are available on Steam, Origin, Epic Games Store, PlayStation, and Xbox. The most popular discount out of all is the latest EA Star Wars Triple Bundle. This includes Star Wars: Battlefront II, Star Wards: Squadrons, and Star Wars Jedi: Fallen Order. Star Wars Jedi: Fallen Order is the most recent in the series as we follow Cal Kestis. He is an abandoned Padawan who must master his powers all while staying ahead of the Empire.