Live long and prosper! This is an article that will give you Star Trek Strange New Worlds’ release date, cast, and everything you need to know here at Otakukart. Firstly, Paramount+ goes all guns blazing in the streaming game with the Star Trek franchise and picks up this series. Strange New Worlds is a spin-off that follows the missions of Christopher Pike, Lieutenant Spock. And Number One aboard the USS Enterprise — about a decade before Kirk assumes command for the original series’ famed five-year mission.

Indeed, when Star Trek: Strange New Worlds was announced in May 2020, executive producer Alex Kurtzman said on StarTrek.com, “These legendary characters have a rich history in Star Trek canon. But so much of their tales have yet to be told.” As a result, the Enterprise, its crew, and its fans are in for an incredible voyage into the Star Trek universe’s new frontiers.” Let’s take a look at Star Trek New Worlds here at Otakukart.

Star Trek: Strange New Worlds will release sometime in 2022. Most likely in the spring, after completing Star Trek: Discovery season 4 and Star Trek: Picard season 2. Six new crew members will join the Enterprise bridge, along with its traditional trio of main characters (still portrayed by Discovery’s Anson Mount, Ethan Peck, and Rebecca Romijn). The series starts a decade before Star Trek: The Original Series events and will be a spin-off to Star Trek Discovery. Anson Mount will return as Captain Christopher Pike, with Ethan Peck as Spock and Rebecca Romijn as Una Chin-Riley as Number One.

The official video by Paramount+ confirms the cast of Star Trek: Strange New Worlds, reveals the model and who they play. Among the new developments in the casting of Celia Rose Gooding as Nyota Uhura. They were formerly represented by Nichelle Nichols in Star Trek: The Original Series. Nurse Christine Chapel, previously portrayed by Majel Barrett-Roddenberry, will be replaced by Jess Bush. In the original series, Dr. M’Benga, who was portrayed by Booker Bradshaw, will be played by Babs Olusanmokun. Melissa Navia will show the new character Erica Ortegas, while Bruce Horrek will play the extraterrestrial Hemmer.

Uhura and Chapel in the Enterprise Crew

The inclusion of Uhura and Chapel to the Enterprise Crew and Dr. M’Benga, who served with Dr. Leonard’ Bones’ McCoy, maintains consistency with the original Star Trek series. However, while Uhura has been one of the faces of the Star Trek franchise. With Zoe Saldana filling the part in the Kelvin timeline reboot film series, Nurse Chapel and Dr. M’Benga have been absent for quite some time. Nurse Chapel was mentioned off-screen in 2009’s Star Trek and was reported to have transferred off the Enterprise in Star Trek Into Darkness, although Dr. M’Benga was never mentioned.

The character of Christina Chong presents some intriguing issues for the series. Her character’s name is confirmed in the announcement video as La’An Noonien-Singh. While an original character for the series, her name is a nod to one of Star Trek’s most renowned villains. Khan Noonien-Singh, played by Richardo Montalbán in Star Trek: The Original Series. And Star Trek II: The Wrath of Khan. Khan is still in suspended animation aboard the SS Botany Bay at this moment in the prime timeline. The director of Star Trek II, Nicholas Meyers, proposed a Khan prequel series that never materialized. But this last name link may point to an unknown past for the renowned villain that fans have yet to witness. In any case, the cast of Star Trek: Strange New World suggests an intriguing new chapter for the series. 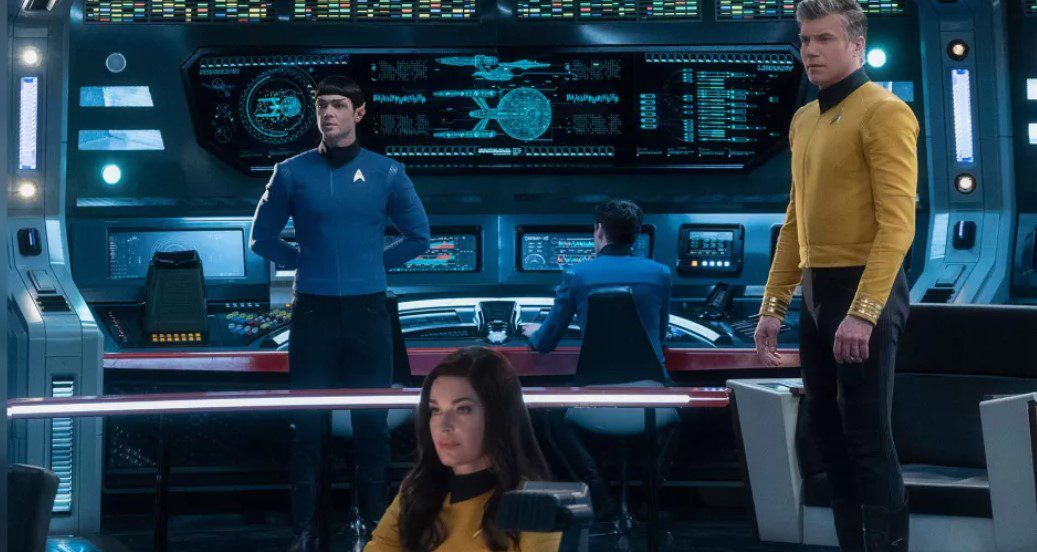 Star Wars: Strange New Worlds can be watched on Paramount+. If you want to watch Star Trek Strange New Worlds, firstly, you must wait until its release. Then, you have to get a Paramount+ subscription. These are fairly easy to acquire and not so heavy on your budget. The streaming platform offers two plans. The essential one goes for $4.99 a month with ads or $49.99 a year. And the Premium plan goes for $9.99 a month or $99.99 a year without ads, and it includes live CBS access with commercials.