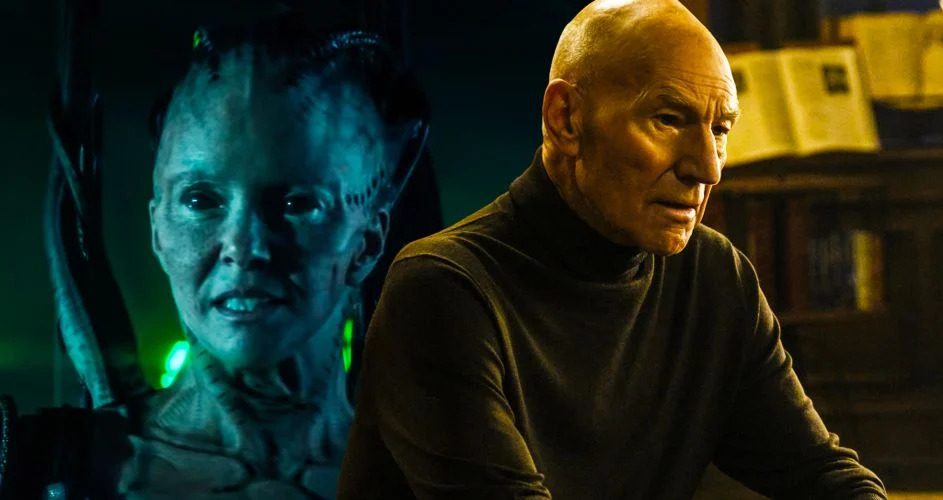 “Assimilation,” from Star Trek: Picard Season 2 Episode 3, attempts to strike a balance between one of the best Star Trek themes of all time: individuals from the future being fish out of water in the present. However, the show is also exploring other subjects and making political remarks in a way that only Star Trek can. The major plot of the series thus far, which is to discover The Watcher and fix both the crew’s history and present, appears to have been lost in the shuffle.

While Picard has done an excellent job of bringing the tale forward thus far, the third episode of the season appears to have ground to a halt. It’s possible that some of this is due to the fact that this plot spans nine episodes. That could indicate that there will be more time in 2024 to focus on the storyline and some of the issues that the crew is already observing about America and the Earth. It’s been a mild touch thus far. However, it appears that the light touch was really a prelude to a far more in-depth examination of immigration and ICE concerns. Just two years into the future, such problems appear to have become a little worse.

One of the most intriguing notions in this specific rendition of Star Trek’s journey into the past is that the Federation faces serious problems not long after our own time. Of course, the question is how that will actually work, given that the Federation’s tale has always been that the human species went through a period when it was truly a collection of nasty people, and then it awoke and decided to build the utopia that Picard and his crew know today. It’ll be fascinating to see if the show goes to great lengths to explain how something that happened far before the collapse of a civilization that occurs in every timeline affects the year 2024. It’s also possible that the authors are hoping that the audience will forget about that particular detail. 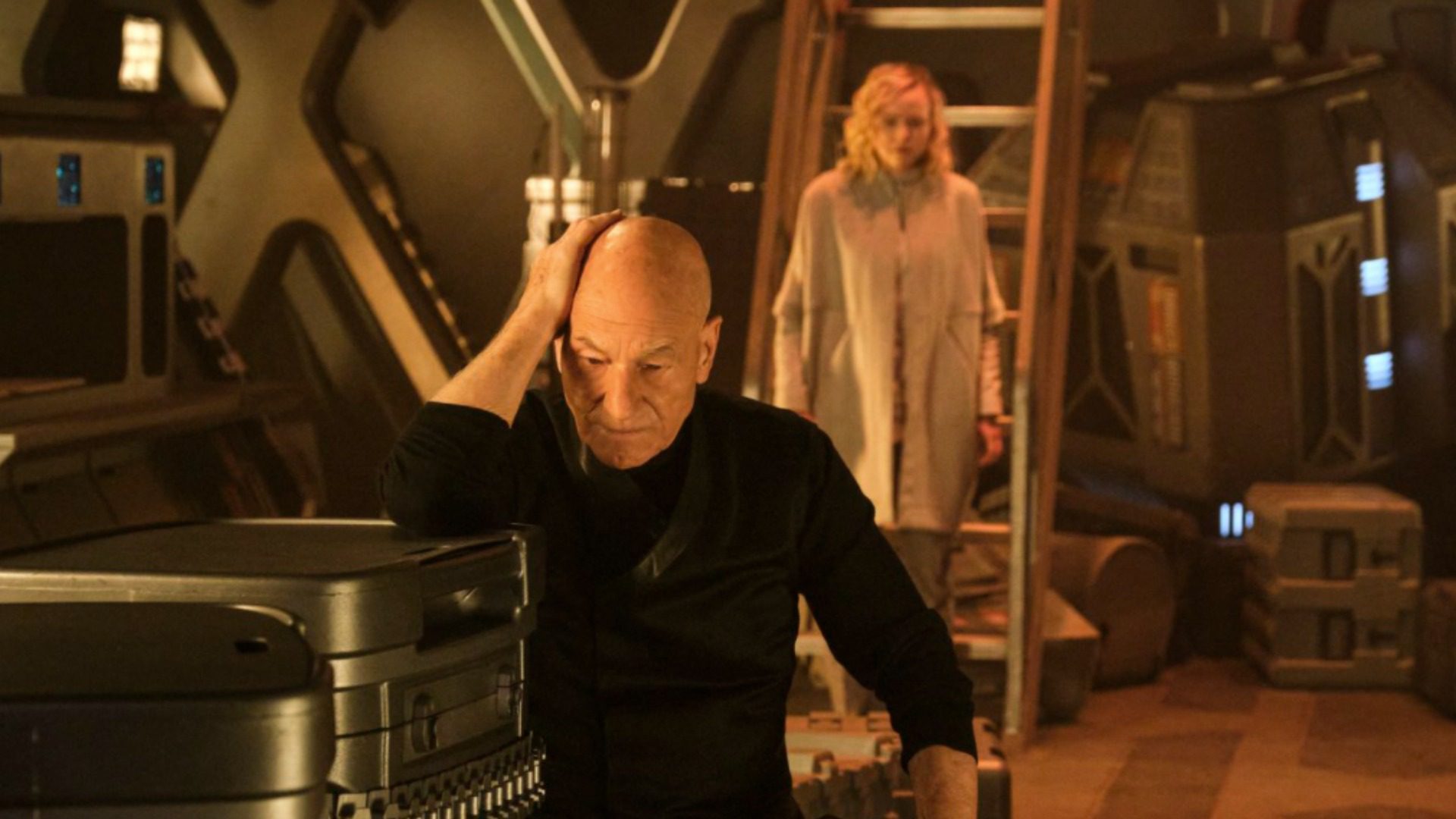 It would be surprising if Star Trek: Picard attempted to gloss over what is well-established canon regarding how the Federation began. Especially given that canon was brought up the first time Picard encountered Q. It’s possible that The Watcher will explain everything. However, it appears that identifying 2024 as the year the Confederacy was founded will be a problem for the programme as it progresses through the season and jibes with the rest of the series. In this aspect, it appears that the show blundered in its eagerness to make a statement about how things are going terribly wrong in our own very near future.

While Seven of Nine is searching for The  Rios, Watcher and Raffi are exploring California. Dr. Jurati and Picard have remained on board to try to elicit further information from the Borg queen. This specific side story turns out to be both incredibly good and a little bit… odd. While the Borg Queen has always been more interesting than her drones, this version of her felt more “evil” than “driven.” She’s always seemed devious, wanting to take over as many places as possible and add as many individuals to her ranks as possible, but she hasn’t always seemed as conniving as she did in this episode. There’s also the fact that they’re all stranded in the past, and she appears more like a Bond villain than a Star Trek evil because she’s making bargains. 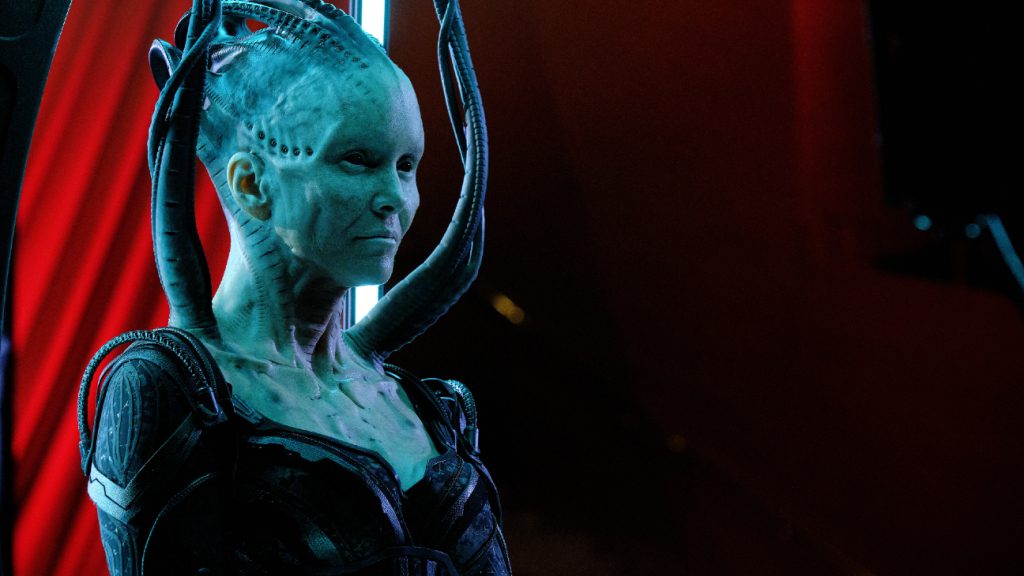 In an attempt to reactivate the Borg Queen inside the villain’s skull, Jurati is sparring with her. This also implies that the queen can see into Jurati’s thoughts, and Pill’s character recounts the borg’s travels. This leads to the pretty amusing “well, she’s in the humor room, nothing there except mirrors for deflection.” This isn’t the first time the doctor has offered the public a glimpse into her own mind. Picard couldn’t figure out whose hand was grasping him, and the entire “side mission” could have been the greatest of the show. It was also a fascinating peek at what it’s like to be assimilated, hence the episode’s title.

Overall, this was another excellent episode of Star Trek: Picard Season 2, with the majority of the flaws being more of a foreshadowing of what was to come rather than anything that was particularly negative in this episode. This episode even contains a few extremely touching moments mixed in with the action, as well as Star Trek’s trademark “fish out of water” humour. Raffi’s “you and 2024 should get a room” line was delivered with just the right amount of cynicism, and Seven of Nine’s surprise that a stranger liked her was a lovely little touch.