Star Trek: Lower Decks Season 2 Episode 3 may mark the first mission of Beckett together with her best friend, Brad. Especially since he ditched her for a promotion. But no hard feelings ladies and gentlemen. Anyway, recently on the show, Beckett for the first time, had to go heads on with someone who never went her way. He had a way of doing things of his own. We are talking about Jet, who replaced Brad since his exit from Cerritos. It seemed like the leadership of the group jumped from one corner to another.

Beckett, Jet, Tendi, Rutherford, and Lieutenant Kayshon were placed on a mission to help Chairman Siggi to clear late Kerner Hauze’s room. A mission that became compromised thanks to the ego of Siggi. Now it was up to either Beckett or Jet to lead the mission. While one went all action, the other wanted to go strategically. But both never agreed. So they opted to ask the other members to lead. Meanwhile, Brad faced wrath on his own, working on dangerous missions with the Titans. Let’s find out what exactly went down.

Previously on Star Trek: Lower Decks Season 2, we opened up with a bath battle of Jet and Beckett before entering into the main plot of the episode. Captain Carol is looking forward to the result of the commander evaluation. She also welcomes a brand new head of security Lieutenant Kayshon. While Beckett’s group is excited for the new member, they also miss their old friend Brad. He received a promotion to Titan, but things don’t seem that fun for him there. 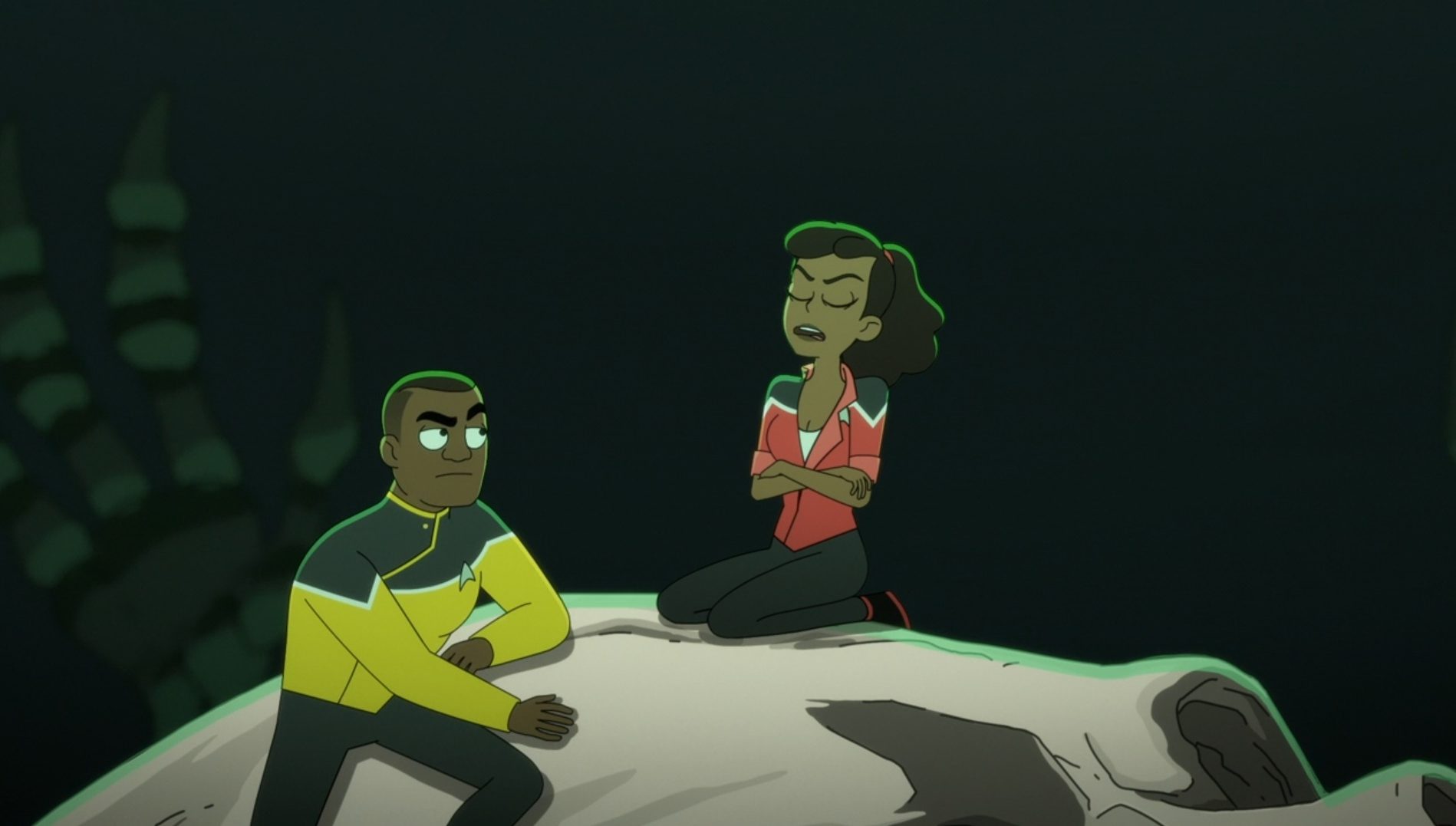 Beckett, Jet, Rutherford, and Tendi start working on their first task with Kayshon at Chairman Siggi’s for cleaning Kerner Hauze’s stuff. Meanwhile, Jack’s work at Titan keeps getting intense and intense. Back at Kerner Hauze’s, Tendi ends up moving the wrong thing. Thus alarming one of Hauze’s traps. But Kayshon ends up sacrificing himself to save Tendi and turning himself into a puppet. Other mechanisms also start squaring things leaving the group to escape the room. Now Beckett plans a fighting plan while Jet comes with a survival one. Everyone opts to Jets.

So now the battle for survival begins. Jet’s plan works a bit, but everyone realizes Chairman Siggi’s evil plan. He is the one who stepped on Hauze’s Alarm. Plus, he also ended up killing himself in the process. On the path of survival, arguments between Beckett and Jet keep coming through. Beckett and Jet realize they both have different ways, and this time they gave Tendi and Rutherford the charge instead. 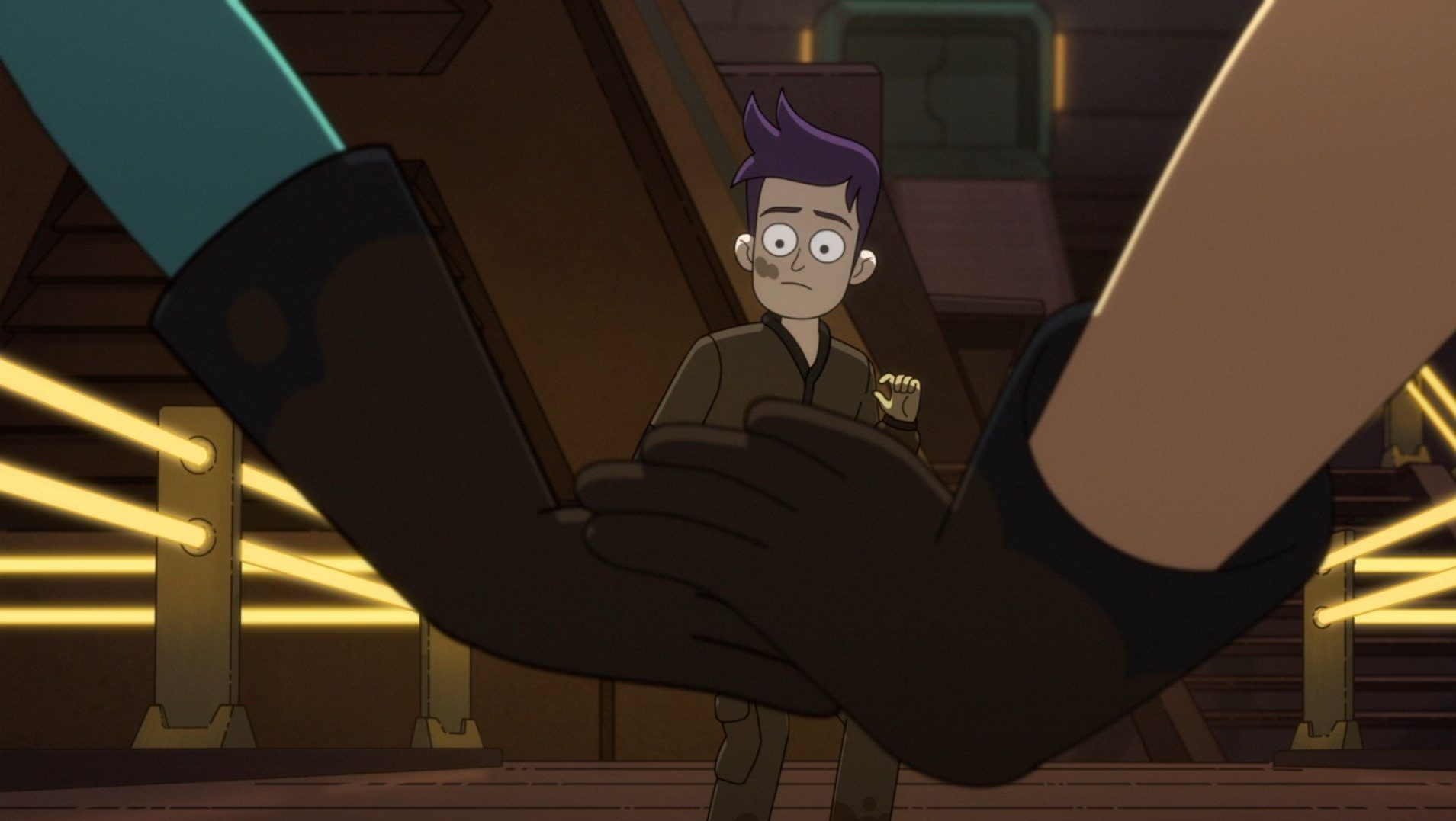 Through the brains of Tendi and Rutherford, Beckett and her friends escape in no time. Brad finally proves his worth on a mission with Titans leaving Captain to thank him as well as his Brad’s clone. Captain advises one of them should go back to being Ensign, and one does volunteers. But he doesn’t seem happy, but still, he proved himself. While Beckett, Tendi, Rutherford were just getting along with Jet, Brad returned leaving Jet to leave.

The details for Star Trek: Lower Decks Season 2 Episode 3 remain in dark. We are expecting it to be all about Beckett and her friends’ first mission since reuniting with Brad. Especially after he joined Titans. Even though he proved his worth to the team and the Captain really liked him, he missed his old friends and Cerritos. So leaving his clone for Titans, he came back home, and we wonder what would the first mission together would be like.