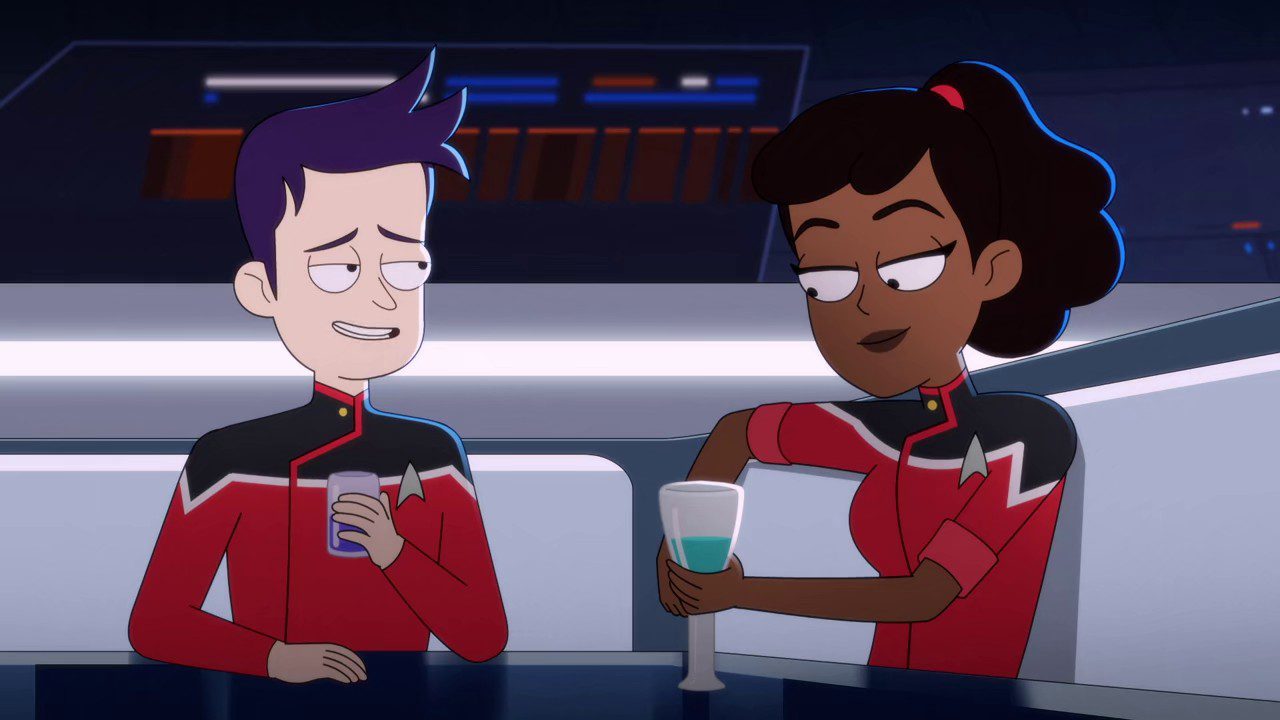 Star Trek: Lower Decks Season 2 is returning, and the very Episode 1 teases of strange energies making their way. Last year, the show left us quite away. We thought its high time it was either one of the characters getting a promotion or all of them. But towards the second half of the finale of Star Trek: Lower Decks  Season 1, it changed it all. First of all, Beckett and Captain Carol’s big secret of relationship was blown. Now when Beckett decided to move on with a promotion, that too was affected when an unexpected attacked intervened. Thus, leaving the Cerritos taking drastic measures.

Apart from Beckett’s troubles, there was Tendi, who met a new robot friend who towards the end, went on to betray the whole crew. Rutherford turned out to be her only true friend who went to all limits to save the ship from the attack of Pickles. What seemed like the final day of Cerritos as the Packleds totally was totally outgunning them. There was Beckett’s ultimate plan and a friend who made it in time that saved the day. So what does this mean for the Cerritos moving on, lets find out.

Last time on Star Trek: Lower Decks, we opened up at a place called Beta III. Here the people worshipped a violent god called Landru, who made them kill each other. Until Kirk figured out it was a computer, and today they started worshipping him again. So the team was here to fix things again. While Carol and Jack returned back to ship, Ensign Beckett and Brad were left behind. While the ship observes them, Brad accidentally reveals the secret of Beckett being the daughter of Captain Carol. Now the whole ship knows it. 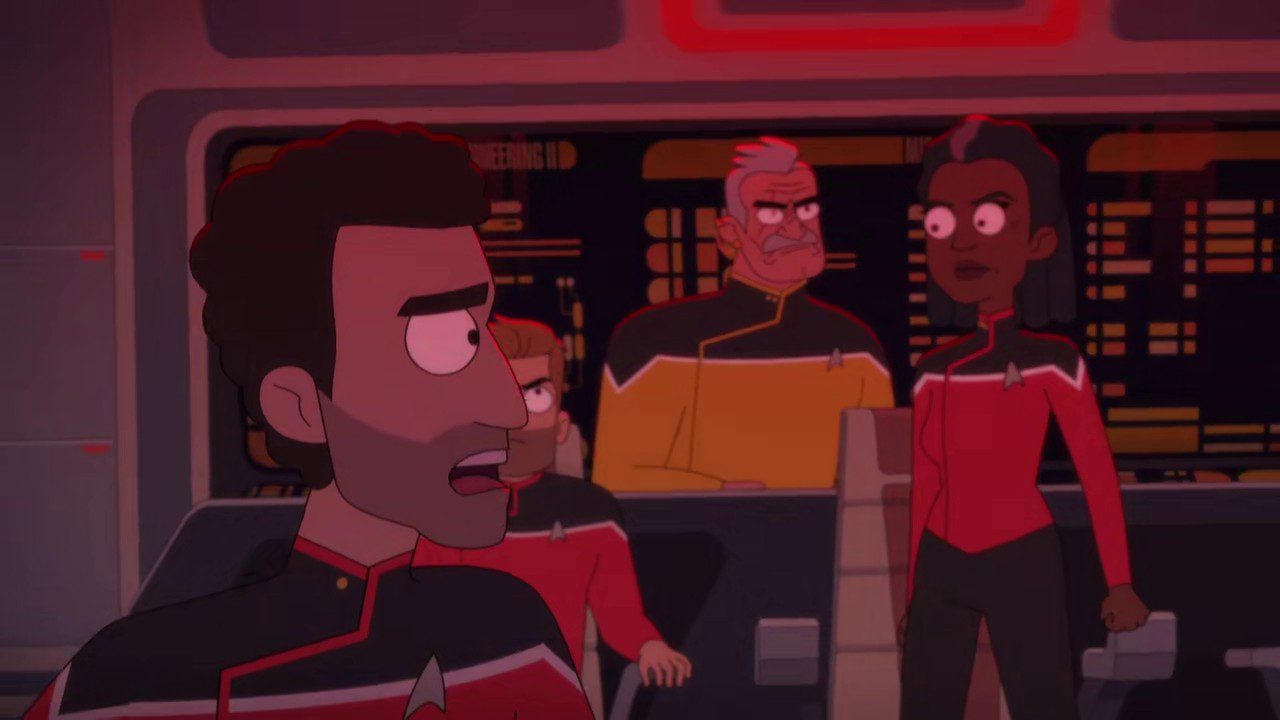 Throughout the episode, Beckett is addressed as Carol’s daughter, and it irks her. So she figures out a way to get herself on Sacramento. A place where nobody would know her and things would get back to normal. Meanwhile, Tendi spends time with a new recruit, a robot named Peanut Hamper. She wonders a robot with no hands and feet could work here. But Peanut Hamper manages to outdo all the jobs meaning this marks Tendi’s victory.

While Brad and Beckett keep arguing about leaving for Sacramento, the ship signs a red alert and is soon attacked. It is revealed its Packleds who accidentally attacked the Cerritos thinking they are the Enterprise. When the regular protocols fail, Captain Carol asks Beckett to come up with an unusual idea. So they plan to implant viruses into their ship. 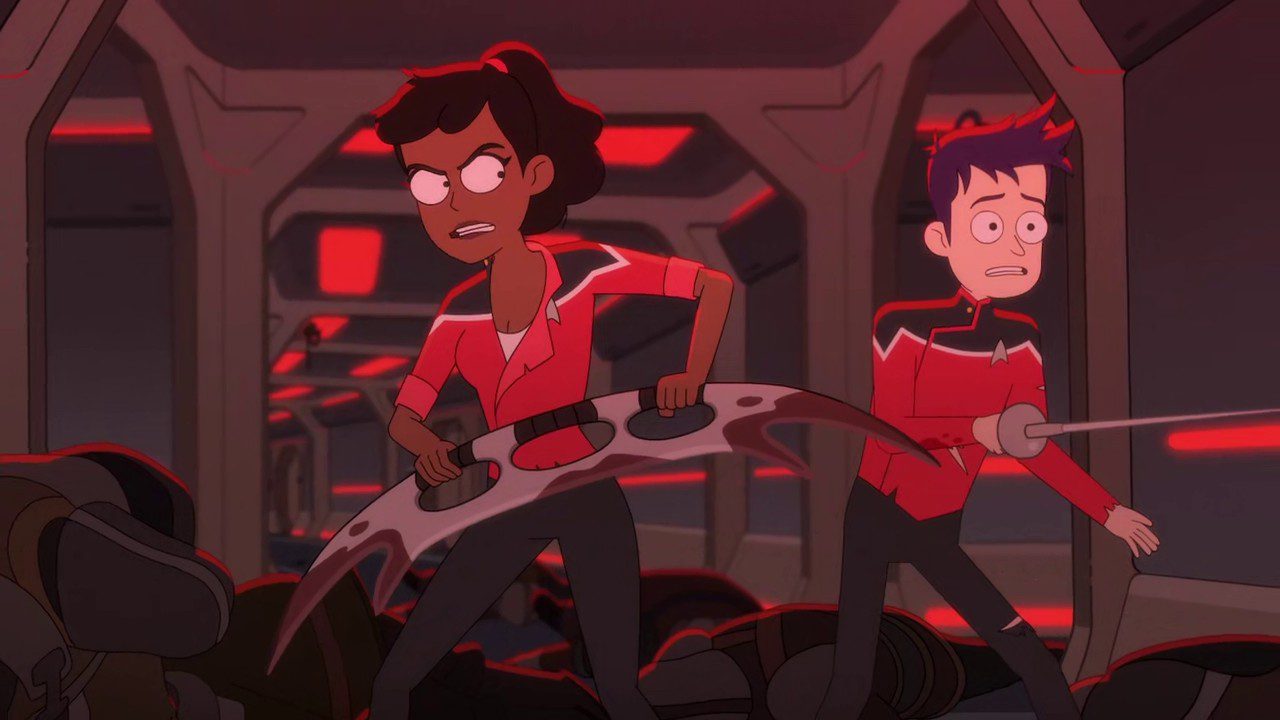 Towards the end of the episode, battles sue but Rutherford manages to transport the virus, but it takes Shaxs to sacrifice himself for a mission to be successful. While one ship goes down, three more blazes in. When all hope was lost, the Titan makes a final appearance with Will leading it. The episode closes in with everyone honoring Shaxs. Beckett joining hands with her mother and Brad taking promotion to Titan.

Star Trek: Lower Decks Season 2 Episode 1 is releasing on 12 August 2021 and will be available to stream on Paramount+.  To watch you need a Paramount+ account and one of the two subscriptions the platform offers. This includes the essential plan costing for $4.99/month and $49.99/yea and Premium costing for $9.99/month and $99.99/year. The only difference is that Premium may not allow ads and includes local live CBS stations. For UK fans, its treat as Star Trek: Lower Deck Season 2 Episode 1 may appear on Amazon Prime.

We are expecting the show to have 10 episodes much like its previous one. So expect a new episode every Thursday following the first for Star Trek: Discovery Season 2 Episode 1. The very first episode of the show’s second season is titled” Strange Energies” So far, not many details have been revealed about the episode. The official synopsis, on the other hand, says the USS Cerritos is on a mission that causes encounters with Strange Energies. Thus that makes up for the title. The first episode will also mark the establishment of where the characters are since the last time. At the moment, we only know of Beckett being with her mother while Brad is with Titans now instead of Cerritos.