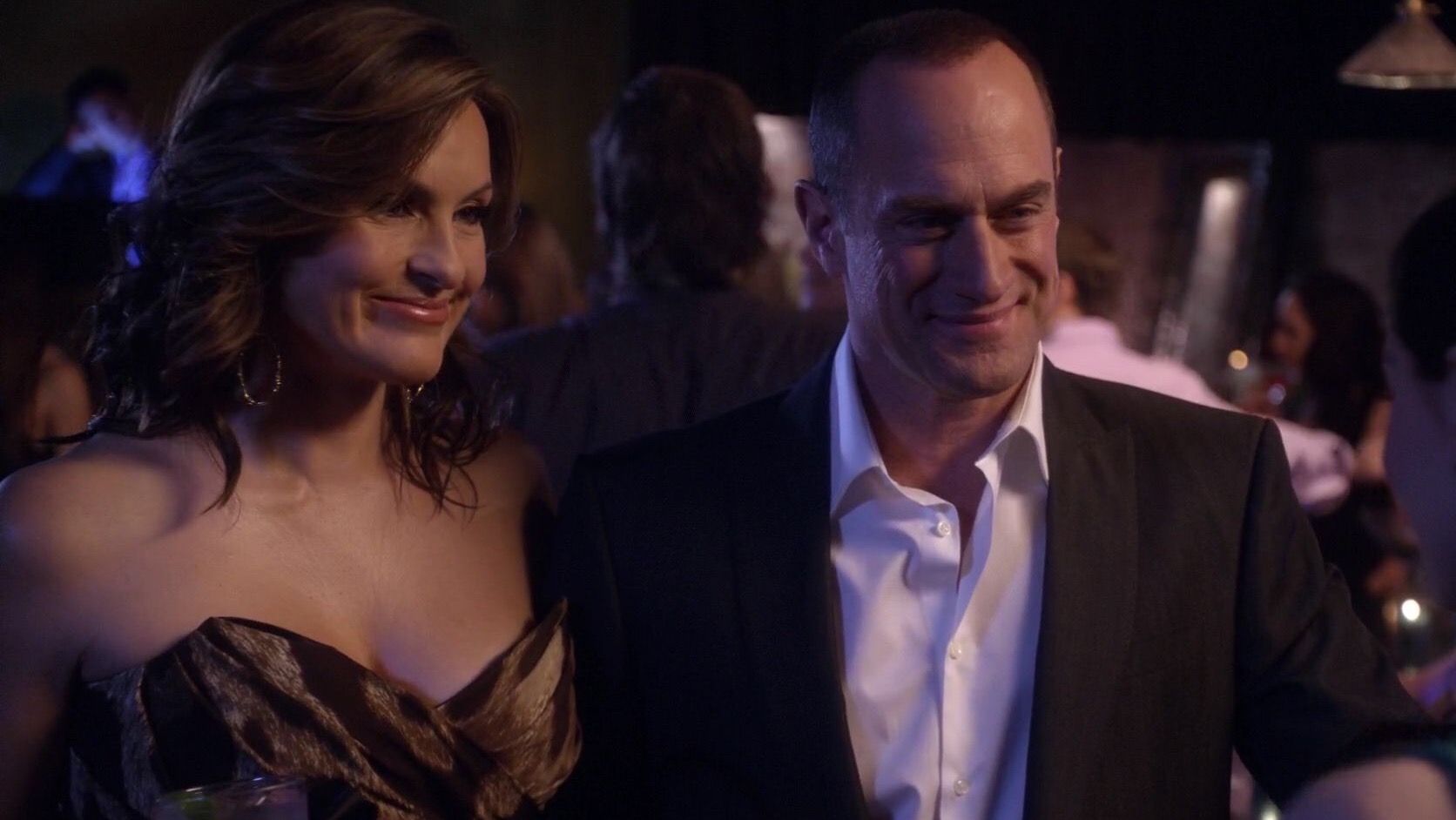 The reason behind every successful TV is the chemistry ta pair maintains on-screen. When we talk about on-screen chemistry, let’s not forget about the Legends from Law & Order: SUV characters Oliver and Stabler. The couple made their sequences look so real that fans wished and expected them to share the same chemistry off-screen.

Rumors also say that they have been hanging out together and might share a bond more than friendship. Meloni and Hargitay became remarkably close friends throughout shooting the show. However, their characters’ identical ways never dated on-screen. The two never shared a bond more than friends, even off-screen. They worked well as coworkers, but Hargitay was married to an actor Peter Hermann in 2004. The couple is blessed with three children. Meloni is in a commitment with Doris Sherman Williams since 1995 — before SVU even started filming. And they are blessed with two kids.

On the other hand, in 2011, Meloni had some issues with the executives, so he left the show in the 12th season. However, Meloni and Hargitay still stayed in touch and continued to share the unbreakable bond. They used to post pictures on Instagram with each other hanging out together and having fun. Which somehow gave their fans some hope that they might extend their relationship status of “Just Friends” to somethings else.

In 2016, the two just friends met up to spend their holidays together, and they documented the get-together with an Instagram photo. They’ve met up various times since 2011, including most freshly this past spring when Hargitay spent time over a night out with Meloni (a spiritual night out, of course). “Every picture shows a story,” she captioned the image. After More than seven years, the two are still just as comfortable as they were during the shooting. 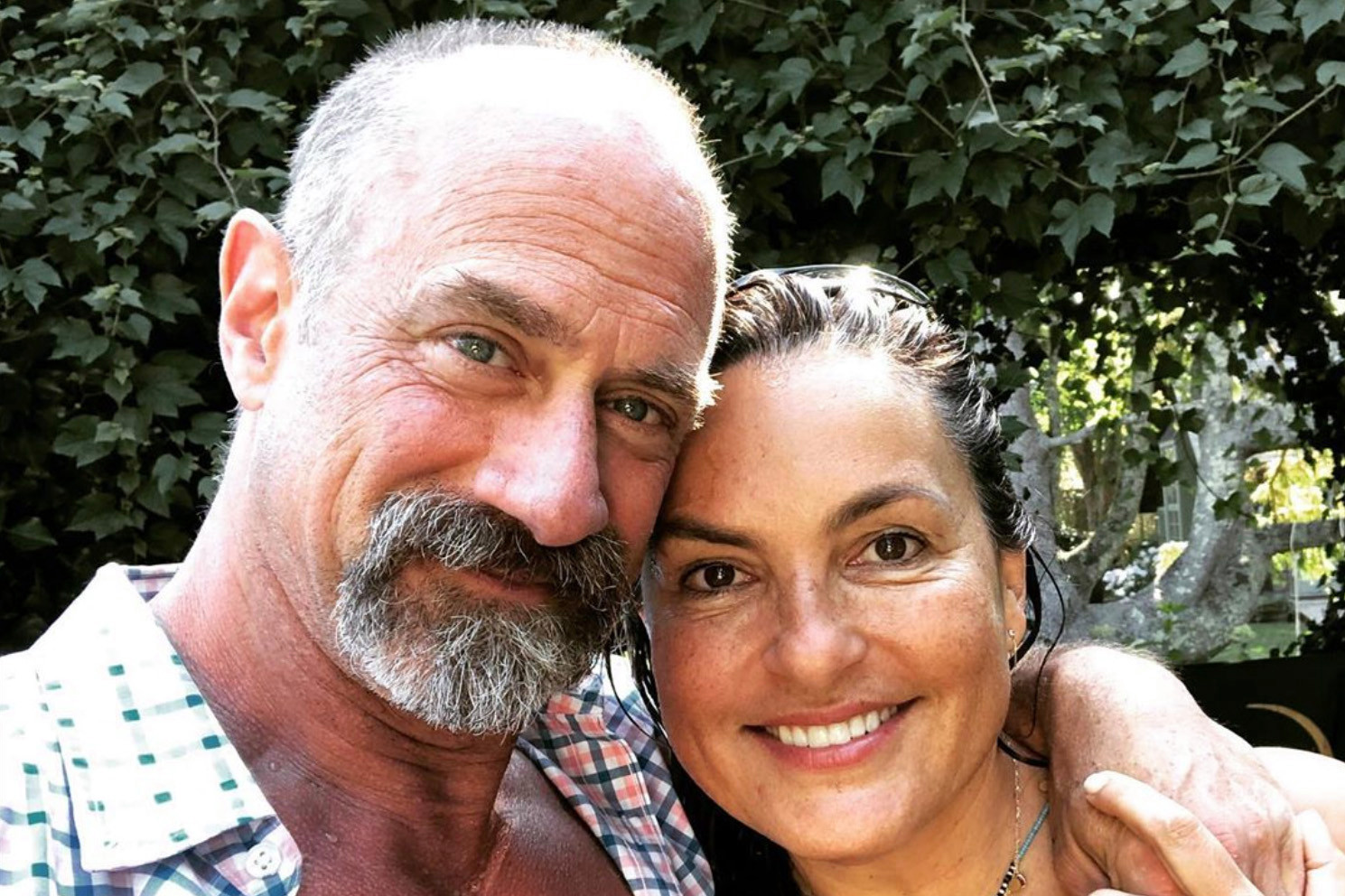 Hargitay And Miloney Enjoying Their Vacation Together. (Credits: Money Viral)

When Hargitay posted an image of Meloni kissing her on the cheek in 2017, fans were very excited to see the post and couldn’t get enough of the two being together. The caption of the picture said, “And then that happened. Just when I thought Valentine’s Day was over.” The Instagram post had more than 118,000 likes in its first 14 hours. And that picture turned out to be a prank on their fans. Meloni tweeted the other day, “How all got fooled. You guys were so excited to see us together, so we pulled a prank on.”

Although the two were never in love or a relationship. Some fans were disheartened but think there’s more to their love story than they’ve let on. They might not work together as coworkers anymore, but it’s clear that Benson and Stabler created a bond that no amount of time apart could break.

Sequences That Shows Both Are In Love

They are best friends and have faith in each other unconditionally. Stabler is Liv’s longest relationship with a gentleman, and they have even each vowed to give the other a kidney should either of them require an operation.
Their relationship is not without conflict, however. The two sometimes fight over the cases they work on. Liv tends to be more responsive to side with the sacrifices. For example, during a case where three women press charges with raping a male stripper, Liv and ADA Alexandra Cabot (Stephanie March) understand the man’s story, while Stabler takes a cynical view of his claim from the start.

Liv and Stabler are separated at times during the show. She asks for a new companion after Stabler demands her to jeopardize his life to shoot a condemned sex offender (Lou Diamond Phillips) who had kidnapped two children and killed one of them. Instead, she is hastily reassigned to computer crimes and followed by a Queens SVU detective, Lucius Blaine (Anthony Anderson).

Benson and Stabler become companions again in the eighth season. They remain companions for the rest of Stabler’s time in the precinct. The couple seemed to be in love and seem to share a very imitate relationship on-screen, but they are just friends off-screen. Fans are really desperate to see the couple together on-screen or off-screen. But fans always seem to run out of luck.