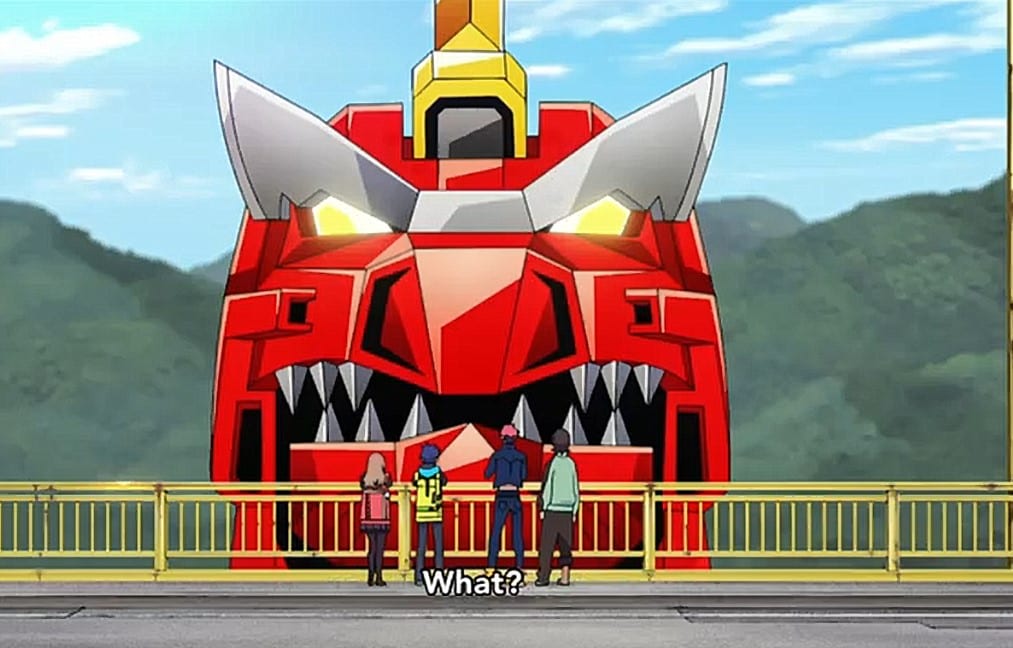 Yomogi, Chise, Koyomi, Gauma, and Minami have received their Dynazenon and started to explore their adventures. After defeating a few punks, the crew continues with their daily training. In the morning, they watch Chise, showing them new skills. She jumped up high with her Dyna and landed perfectly on the ground. Minami comments that Chise learns quickly, and Yomogi was stunned by the others. The next episode is titled What’s Lover-Like Mean. After landing, Chise asks them if Dyna Soldier and Dyna Wing can fuse.

Gauma replies yes, and she asks if it can do the same thing with Koyomi’s Dyna Striker. Gauma told her that she has a point and asks Koyomi if he wants to try. Koyomi is too shy to do it in front of girls and asks Gauma if they must do it today. Gauma replies that there is no better day than today. Chise notice that Koyomi is taking too long and told Yomogi to join him. Koyomi comments that is why he wanted to leave earlier. Gauma replies that if he wants to leave, he can hurry up and get over it.

The trio combines the Dyna Soldiers and gets a new form called Dyna Soldier Striker. Koyomi comments that they did it, and Gauma said it looks pretty. But the Dyna Soldier Striker falls on its back, and Minami wonders why. Gauma reveals that there might be a balance problem if it can’t even stand. He told them to try it again, and Koyomi thought they would do it again tomorrow. The trio reminds Gauma about their plans for today. He realizes that there something important that each of them must do today.

Gauma can’t believe that even Koyomi has a plan today. Koyomi comments that he told him that he was taking a day off today, but he is still here. Gauma wonders what the rest of the crew must do that is so important and secret. Chise wonders what a day is off to the unemployed, and Gauma says that’s it for today. Later, Minami, Yomogi, and scout went to a restaurant. The scout comments that all he has is an edited version, so it might not have what they want.

He showed Vlog #27 Sopranos and said this video isn’t public; no one can see it unless they have the link. The guy also told them that there is a lot of videos about students, and they hide them for the safety of the students. Minami realizes that the person she is looking was happy, but now things are different. Meanwhile, Koyomi is on a date with a hottie that has to strike his heart with love. Koyomi asks the lady that stole his heart if she okay with him having a drink together. She looks at him, and he asks her if she is married. 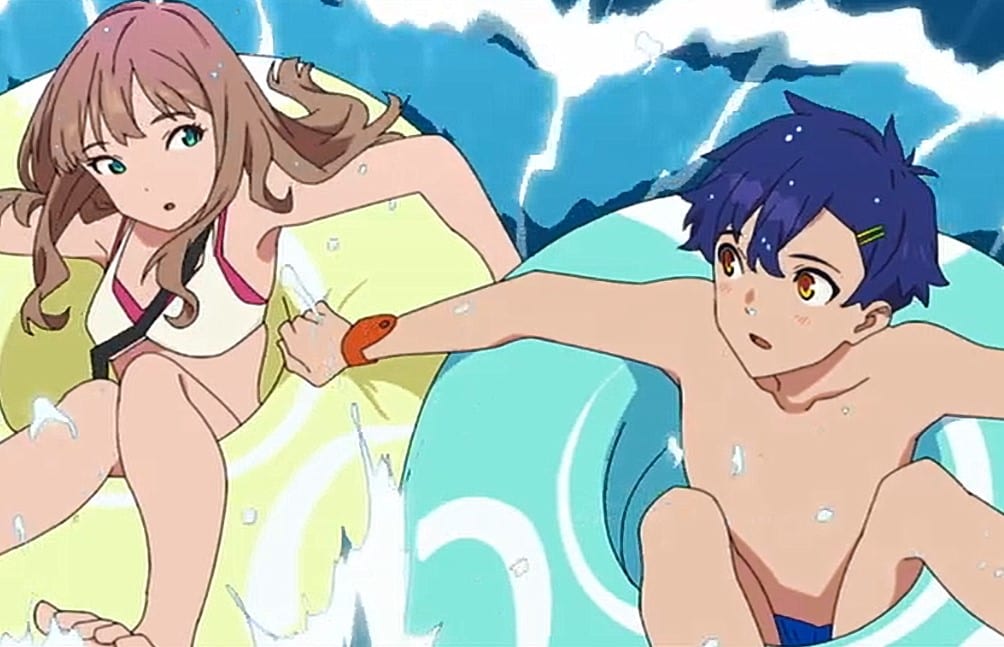 She told him that she guesses she is married, but he must stop calling her Inamoto since it isn’t her last name anymore. Koyomi realizes that she must be divorced from her lover. He asks her if it is fine for them to spend time having a drink, and she blushes while telling him it is fine. They enjoy their time together, and she comments that she wonders why she got married.
She realizes that Koyomi has not told anyone about her secret.

That day Koyomi kept that secret until now they met for their first date. Later after a wonderful dinner, Inamoto left. She told him that they would meet again, and Chise arrives since she was spying on them. Chise told Koyomi to forget about the past woman, and he asks why she is here. In the morning, the students went to school, and Yomogi wanted to ask Minami on a date.

But he realizes that it is not easy, and he got lucky when he receives a message coming from Chise. Chise told him that she won tickets to Tokyo Beach Land. Yomogi asks Minami if she wants to go, and she comments that she can go. He realizes that is one of the ways to asks for a date. Later the two head to the beach, and Yomogi nearly confess, but they enjoy swimming together.

SSSS Dynazenon Episode 6 will release on Friday, 7 May 2021, at 10:00 PM JST. You can watch SSSS Dynazenon’s new episode online on Funimation and AnimeLab.