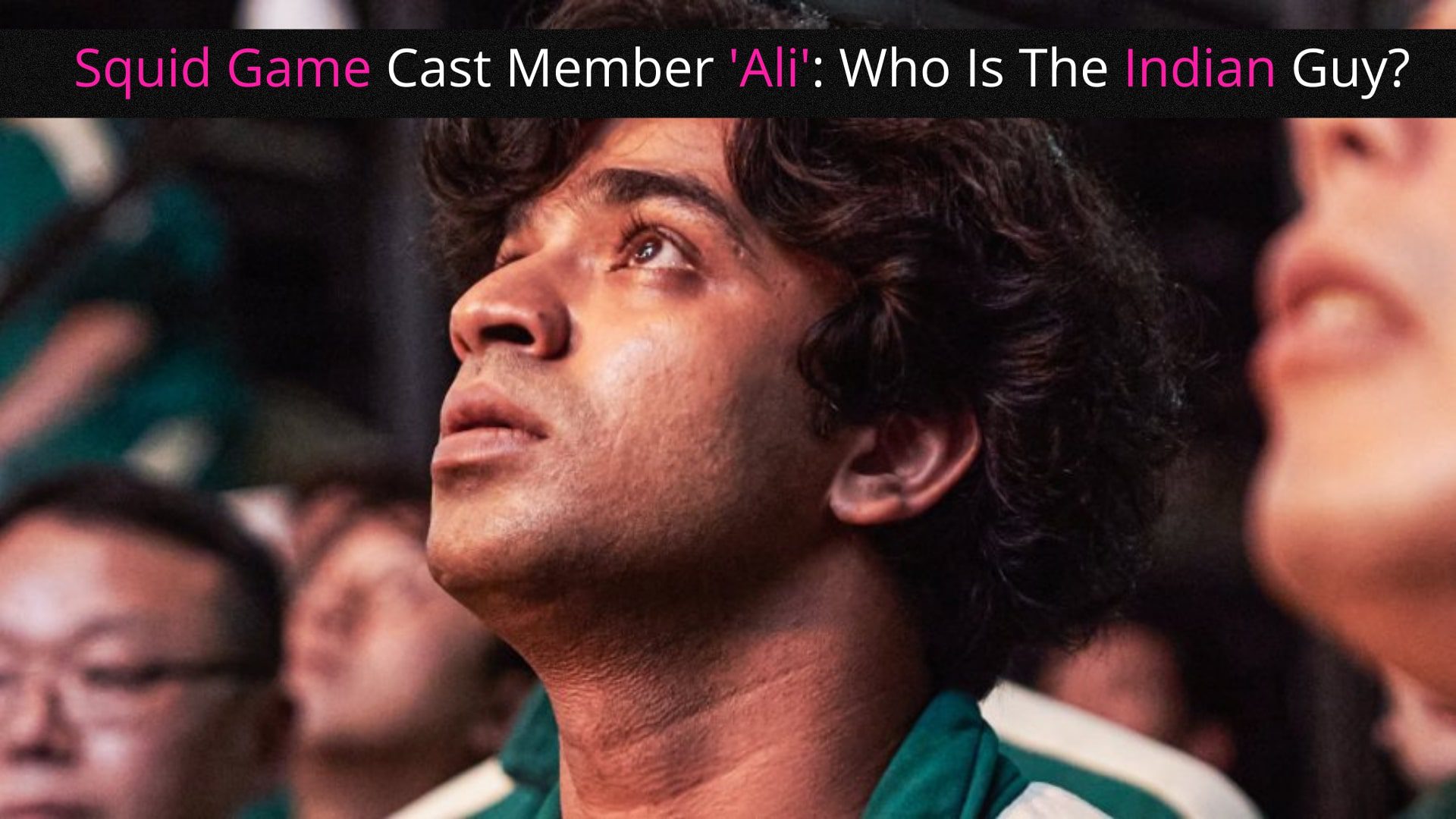 Many fans are wondering about Ali, the Indian actor from Squid Game. The super hit Netflix survival series Squid Game has become a hot topic on the internet. From main leads to the supporting cast members, viewers are curious about all. Thus, one of them is an innocent immigrant character named Ali Abdul, who has become a fan favorite! Ali Abdul is one of the purest cast members in Squid Game after Ji Yeong (Lee Yoo Mi). The character Ali is played by an Indian actor who is admired by Squid Game’s fans.

Squid Game is a survival kdrama streaming on Netflix. It is written and directed by Hwang Dong Hyuk starring Lee Jung Jae, Park Hae Soo, Jung Ho Yeon, O Yeong Su, Heo Sung Tae, Anupam Tripathi, Kim Joo Ryong, and Wi Ha Joon. It is nine-episode series that premiered on 17 September 2021. Netflix dropped all nine episodes at once on the premiered day. It narrates the story of 456 players who participate in the dangerous Squid Game with six lethal rounds. Gong Yoo and Lee Byung Hun made cameo roles in it. Squid Game is full of innocent games with deadly results leading to only one winner at the top of 455 dead bodies!

Who Is The Indian Guy In Squid Game?

Anupam Tripathi is the Indian guy playing Ali Abdul, a Pakistani immigrant character, in recently super-hit Netflix’s Squid Game. Million of fans are wondering about the true identity behind the innocent soul Ali from Squid Game. Anupam Tripathi is an Indian actor who was born in New Delhi, India. In 2010, he moved to South Korea to attend Korea National University of Arts. Since then, he has been living in South Korea. Initially, Anupam faced various problems due to cultural and language barriers. However, that is what lead him to be where he is now. 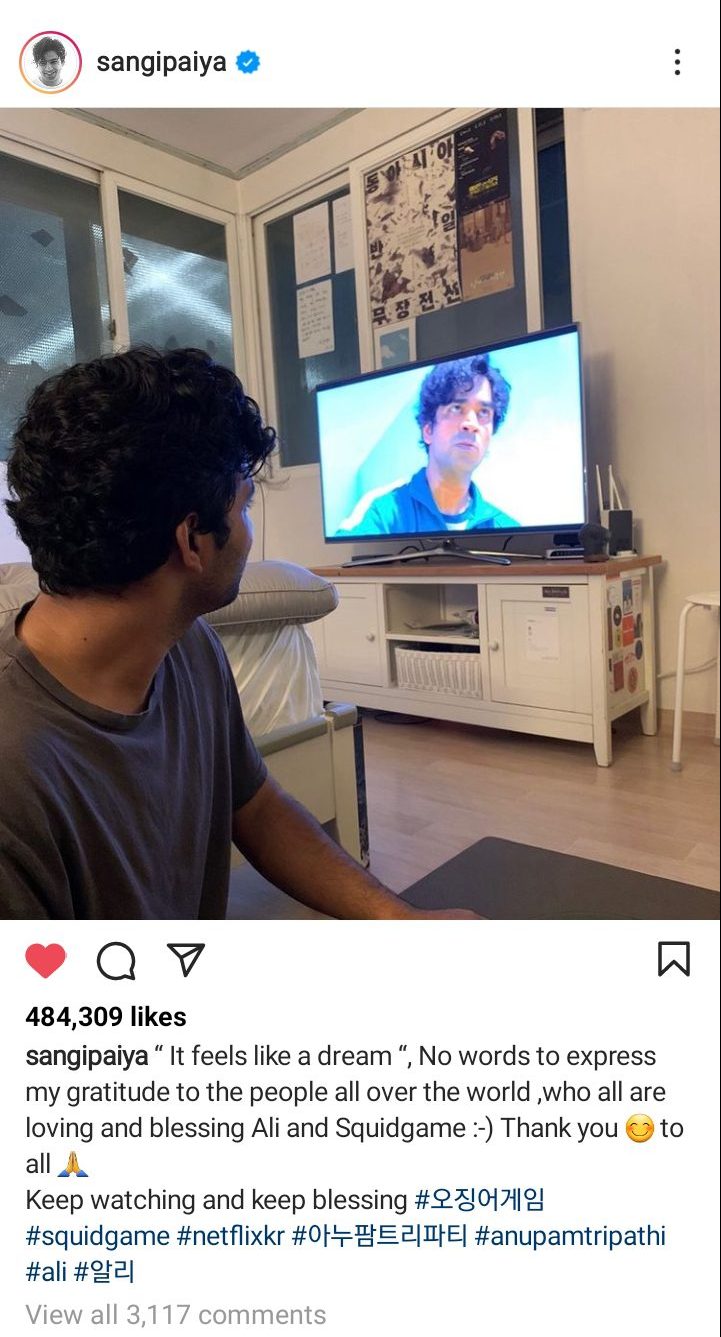 Before Squid Game, Anupam Tripathi played various minor roles in numerous kdramas and Korean movies. He debuted with a small role in Ode to My Father 2014. Afterward, Anupam performed in Space Sweepers, The 8th Night, etc. He even acted in dramas such as Let’s Eat 2, Hogu’s Love, Descendants of the Sun, Hospital Playlist, Taxi Driver, etc. However, his first lead cast role as Ali Abdul from Squid Game is a breakthrough performance. Ali has brought him millions of followers and fans from all over the world. His acting, expressing every minor expression from the start till the end, has been admired by fans.

Sad to inform fans who are rooting for Ali, he dies in Squid Game. His unfortunate death is one of the saddest moments of Squid Game kdrama. Anupam Tripathi as Ali Abdul is a Pakistani immigrant who has been living with his wife and a year-old son in South Korea. Due to poor financial issues, he is also invited to play the unknowingly deadly Squid Game. He first appears in Episode 1. However, his character (player number 199) is mainly introduced during the bloody game Red Light, Green Light. During the game, he bravely saves Seong Gi Hun (Lee Jung Jae) from falling. It could have taken his life. The scene is breathtaking, seeing how he holds Gi Hun with only one hand while balancing their weight. 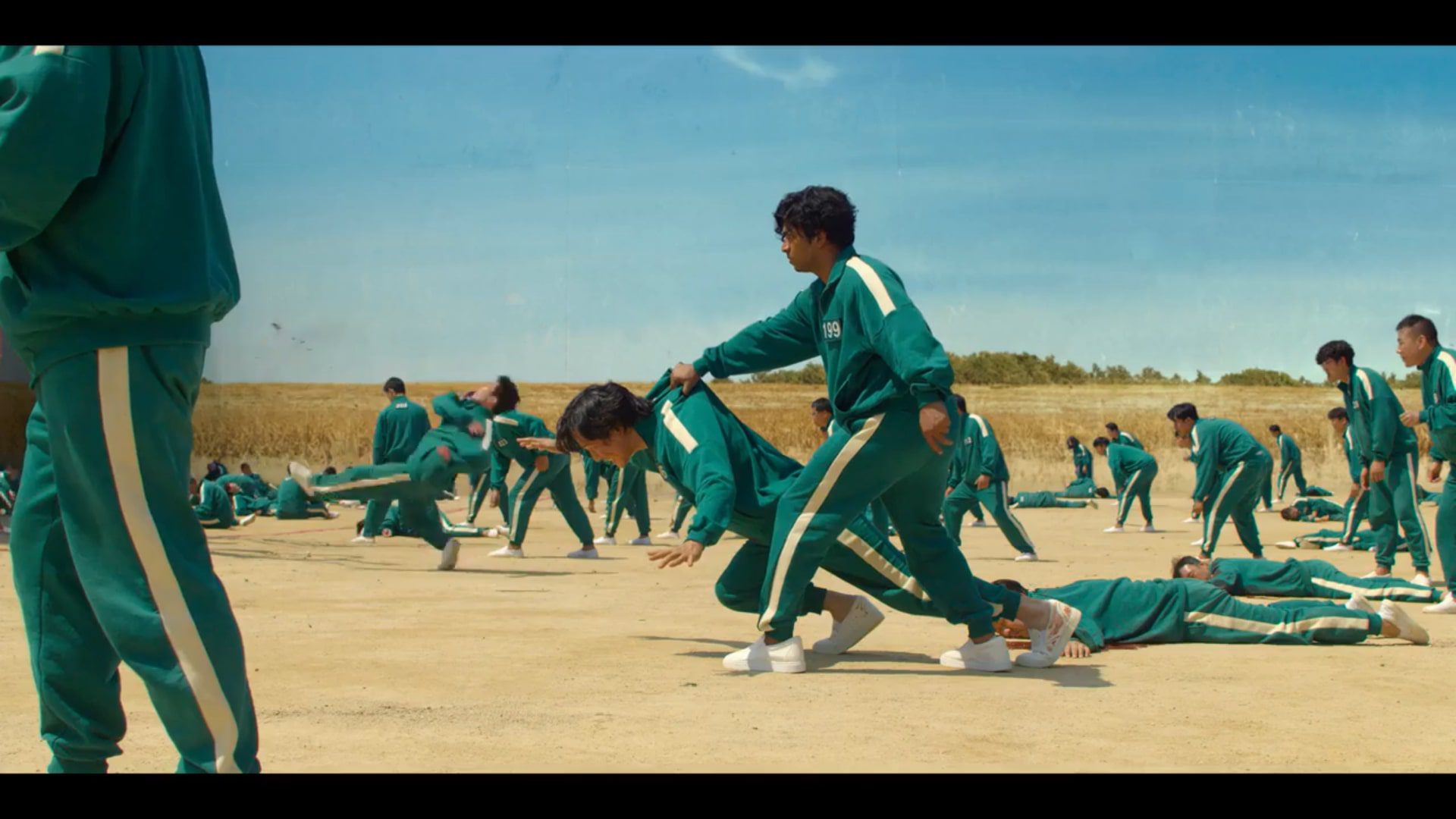 Afterward, we see Ali sticks with Seung Gi Hun and Cho Sang Woo (Park Hae Soo) gang. He even chooses to leave in Episode 2. One’s fate could be so cruel, no matter what, you will end up where you should be. After coming out of Squid Game, Ali goes to the factory manager to get his six months pending payment. However, the manager rudely refuses, which leads to both in a fight and the manager losing his hand when Ali pushes him towards the harmful machine. Not having any option left, Ali gives the money he stole from the factory to his wife and instructs her to return to their home country with their one-year-old son.

Also Read: Who is the Old Man in the Squid Game? Storyline & Cast Members

In the end, Ali returns to Squid Game to win the prize money for his family. But who would have thought he would end up losing his life there. Ali stays with Gi Hun and Sang Woo team after entering the game. They all work together during round two and round three. However, round four changes Ali’s fate for the worst. Squid Game Episode 6 shows the fourth round, Gganbu. In round four, all players have to make a team of two participants. Sang Woo asks Ali to join his team, knowing it will be a benefit for both. However, they are shocked when the game rules are revealed that they will be playing a marble game of their choice against their partner. Whoever gets their partner’s all marbles within 30 min will win the fourth round.

Initially, Ali refuses to play, knowing the result will be one’s death. However, Sang Woo urges him that they have to play this. If not, they both will die. Sang Woo explains to him how to play the game. As soon as they start, we see Ali gets the upper hand that makes Sang Woo restless. He even loses his mind when Ali wins his nine marbles. Sang Woo even begs him to give up the game but, Ali also has to win for his family. Eventually, Sang Woo says they both can win if no one wins in the end. He continues saying all teams cannot have a winner within 30 mins. Therefore, the game inspector will make them play as a team ultimately. All they have to do is inspect which team is winning so they can get the upper hand. 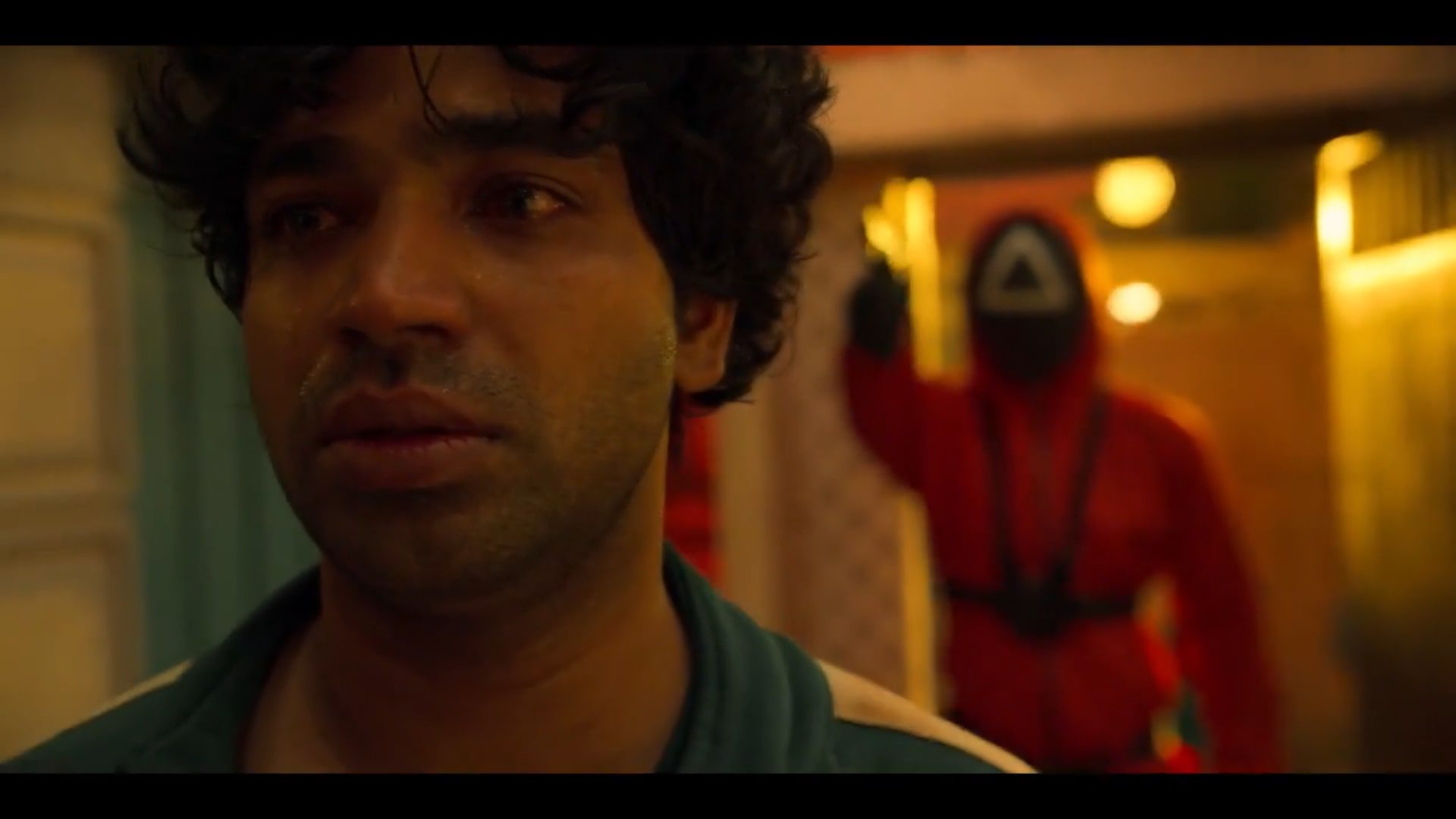 All of it is a pure wicked plan, and the innocent Ali falls into it, believing his hyung (Sang Woo). Sang Woo tells him to get information on the other teams but, before that, he secretly exchanges all marbles with small stones. Not even knowing Sang Woo has betrayed him, Ali goes to see the other teams. Meanwhile, Sang Woo shows all marbles to the game inspector. After all, the game’s rule is to get your partner’s marbles without any act of violence. It does not matter even if you trick them. Ultimately, Ali finds stones in his pouch instead of marbles by the ending of the round, leading to his death with Sang Woo’s betrayal. It is too brutal for Ali in the deadly game. But, in the real world, Ali 199 from Squid Game has captured millions of hearts with his pure soul and outstanding acting!