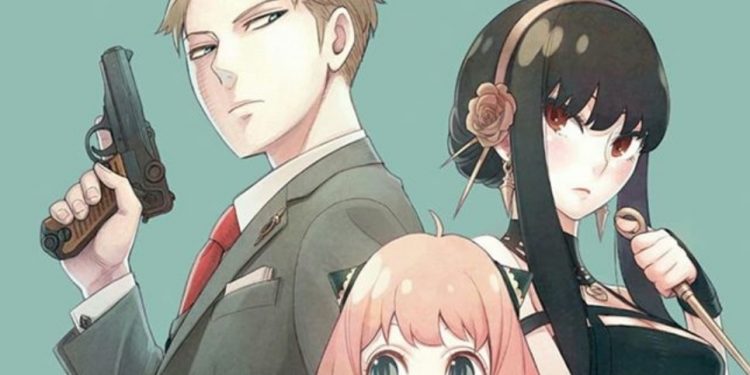 Spy X Family Chapter 59 reveals the mysterious incident in another huge building. The fire has destroyed the ground floor of the building, and Twilight with Bond realizes that they only have an entrance at the North. Twilight told Bond to follow him, but Bond wanted to show him something. He wonders if Bond thought it was time to play. Bond pushes Loid back, and that area sinks; Twilight realizes that Bond was not playing but saving him. Spy X Family reveals the mysterious family investing various incidents. Twilight is impressed that Bond’s nose can sense danger.

Spy Twilight realizes that they have to pass through the smoke, but he is worried that Bond won’t hold his breath. He took a plastic back to help Bond and make an oxygen tank. Twilight believes that the oxygen tank is enough to cross areas full of smoke. They use the backpack to carry the puppy that Bond rescued. Twilight told Bond to follow him without losing his track. Later the two made it out and met with the old geezer. Spy Twilight shows the old geezer that they saved the puppy left inside apartment 407. The geezer realizes that the puppy belongs to Miss Bennett.

He is impressed that Bond and Loid went that far to save the puppy, and he also praises Bond. Twilight saw that Bond was on fire and slashed him with a water bucket. The old geezer notice that Bond gets skinny when he gets wet. Twilight admits that it happens all the time when Bond gets wet. The geezer reminds Twilight that a spy must keep his composure all the time. But Twilight is glad that Bond is out of the fire.

Bond raises his head and sniffs something, making Twilight wonder what is happening. Twilight told the geezer to watch the puppy and solve another incident. Miss Bennet tried to deal with something, but the officers stopped them since the apartment was on fire. The guy wearing a cap hiding nearby thought he had a chance to do something. Bund Bond captures him and bites his leg. That guy wonders if Bond is biting people again. He tries to escape, but the matches and tins of oils inside his back fall on the ground.

Ms. Benets arrives and realizes that she has missed her puppy, Daisy. The old geezer reveals Daisy was saved by that young handsome man and giant skinny dog. Spy Twilight heard that and hid with Bond since he doesn’t want to interact. He told Bond that they must flee or be in the newspapers, but they didn’t want to be famous. Spy Twighlight reminds Bond to bite the arms, not the legs. He reminds Bond to be careful since someone home cares about him. He also apologizes for being cold at Bond.

Spy X Family Chapter 59 will be released on 13 January 2022. He reminds Bond that he is a member of the Forger Family no matter what. He checks if Bond was hurt and realizes that he will receive the scolding of a lifetime if Bond is hurt. Spy Twilight decided to visit the vet since Bond had inhaled a lot of smoke. Let’s look at Spy X Family Chapter 59 official details.

Also Read: The Case Study of Vanitas Part 2 Episode 1: Will Noe Acquire The Book of Vanitas?