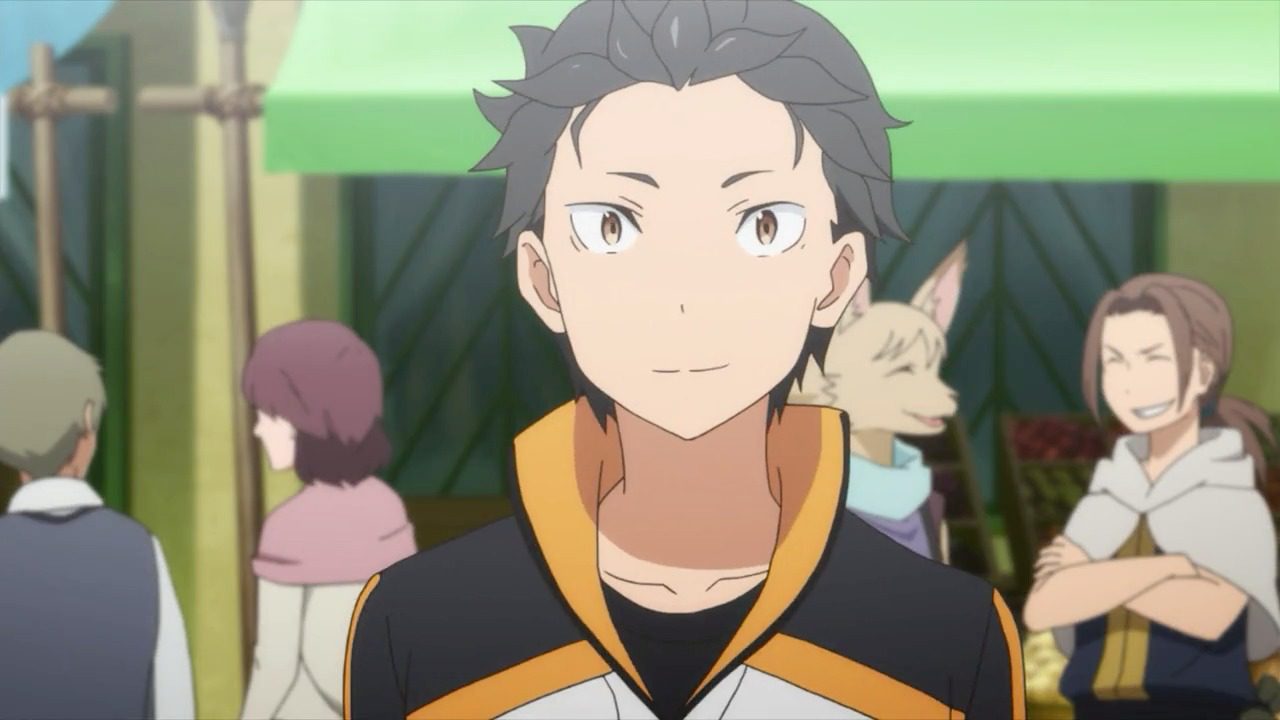 The isekai genre is easily one of the most widely used concepts in mangas and animes. Its widely diverse cultural references and inclusion of fantasy elements make it much more appealing. While this also resulted in the overuse of the isekai genre. Many of the newly created works follow the same predictable pattern and often become monotonous. However, some come with really good plots and well-written characters to make up for the rest. Re: Zero is one such properly developed anime that has grown to be a favorite in the community. It provided an interesting plotline and various twists in the story. Subaru’s, the main character, possible love interests also captured the viewer’s attention. This resulted in different factions with the anime community to see who he ends up with. In this article, we will discuss who our ever suffering yet amazing Subaru ends up with.

Re:Zero originally began as a web novel written by Tappei Nagatsuki. Nagatsuki first planned to write a fan-fiction of the popular series The Familiar of Zero by Noboru Yamaguchi. Tappei started writing it on the website Shōsetsuka ni Narō. But later on, he built an original story around the isekai concept. Finally, the work on Re: Zero began in 2012. His work was later noticed by Masahito Ikemoto, editor at MF Bunko J. Masahito offered to work with Tappei and turn it into a light series. The works for it started in 2013. Shin’ichirō Ōtsuka worked on the illustrations. Works on the manga adaptation started under Daichi Matsue in 2014. You can watch the opening theme here. 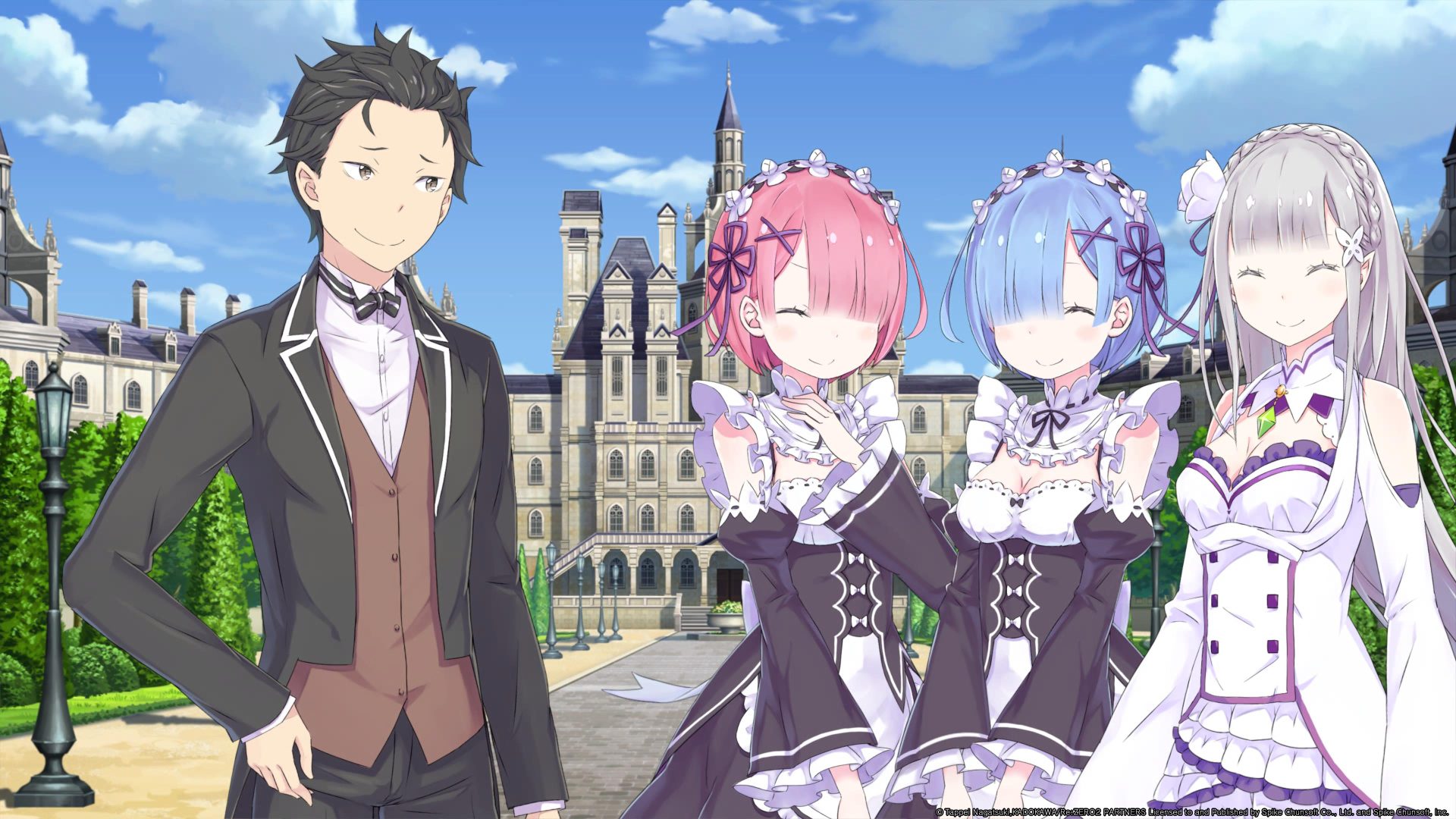 A Still From the Anime

The Plot of Re: Zero

The story begins with the introduction of Subaru Natsuki, a hikikomori. Hikikomori is a term used to depict loners or social recluses. One day, while on his way back from the convenience store, he suddenly gets transferred into another world. While exploring the world, he finds out that now he is in the Kingdom of Lugunica. There, he stumbles across a half-elf named Emilia. But within few moments of arriving in the world, he is killed while saving Emilia. However, he gets instantly revived and learns of his special powers, which he named Return by Death. After a few cycles of death and revival, he finally manages to rescue Emilia. As a token of thanks, she invites him to live at her mansion. Soon Subaru realizes that Emilia is a candidate for the next queen. 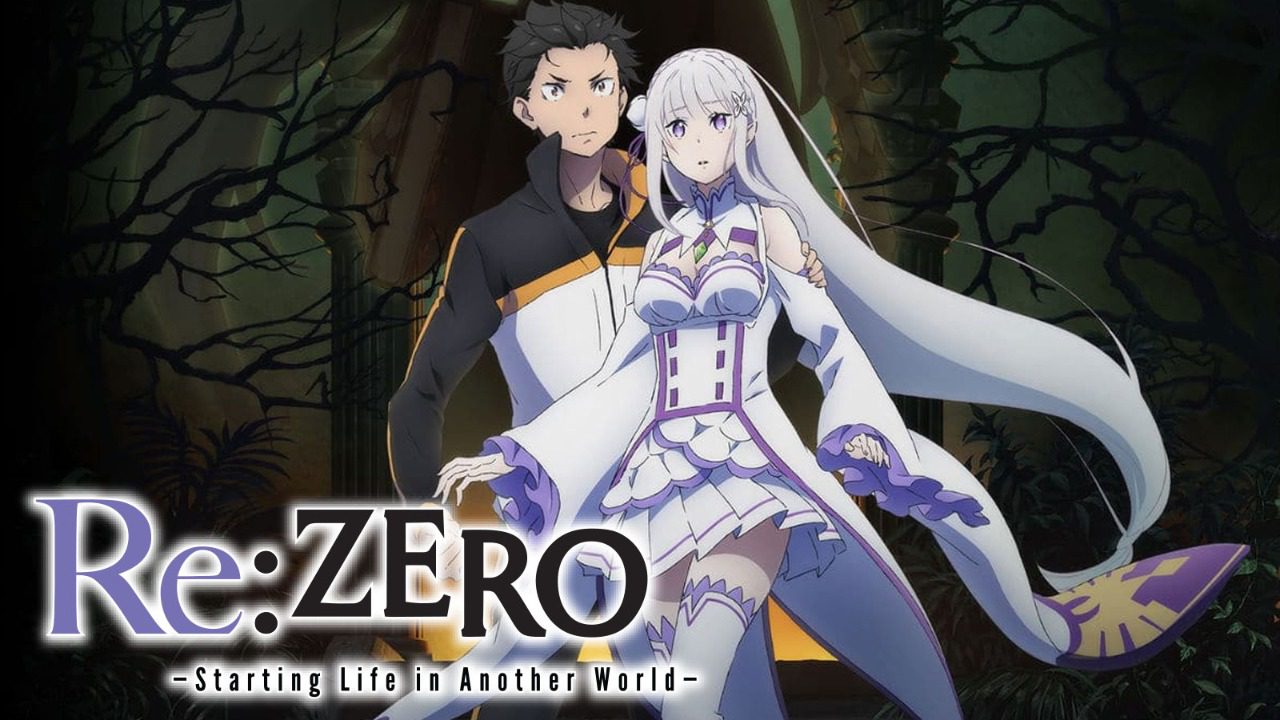 Subaru swears to help Emilia to the throne with his powers out of gratitude for giving him shelter. But this triggers a painful cycle of suffering for him. Because each time he dies, he has to feel the pain before reviving. And after revival, he is the only one with any memories of the past left. Still, he strives to keep helping Emilia. The story thus continues with darker turns to be seen and even more suffering for Subaru. 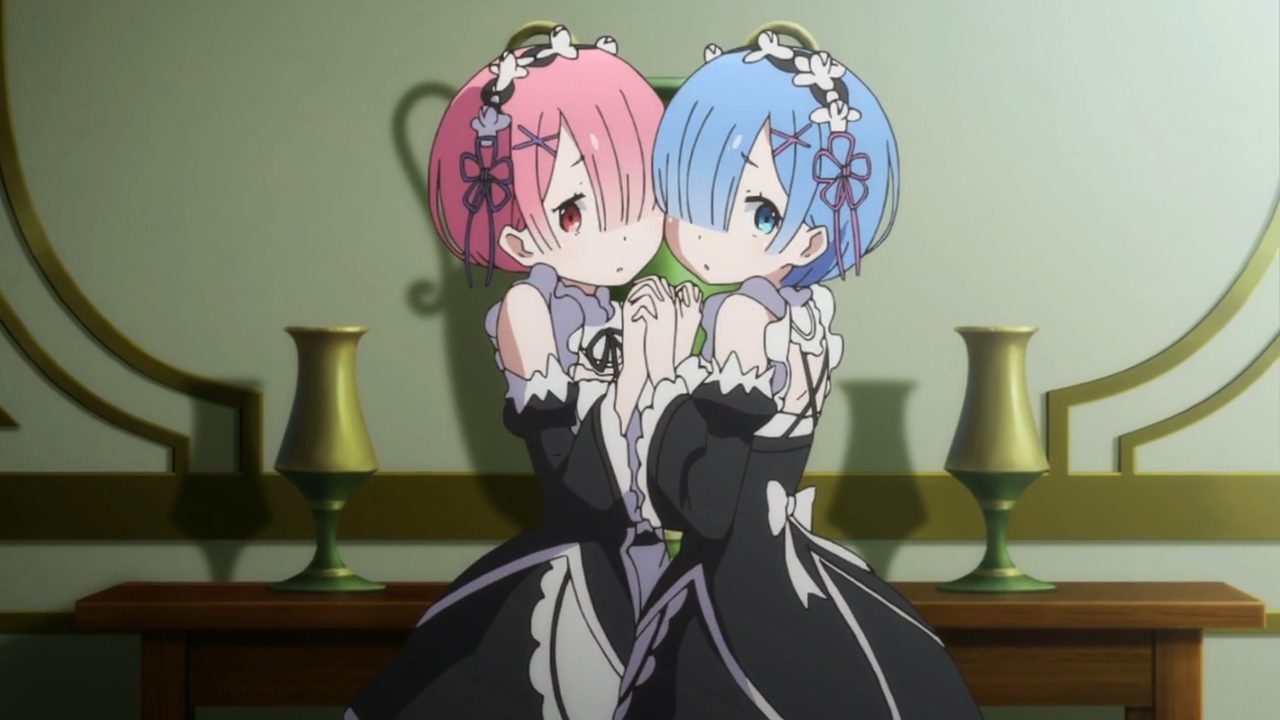 Also read: Spoilers & Preview: You Are My Glory Episode 27

Other Characters Besides Subaru

The main female lead of Re: Zero is Emilia, one of the candidates for the throne. Then there’s Roswaal L. Mathers, an Imperial Wizard who is also a benefactor to Emilia. Rem and Ram are the twin demons working for Roswaal who often help with their adventures. Emilia’s familiar Puck is also seen in the series. Other important characters are Beatrice, Otto, Felt, Regulus Corneas, and Elsa Granhiert. 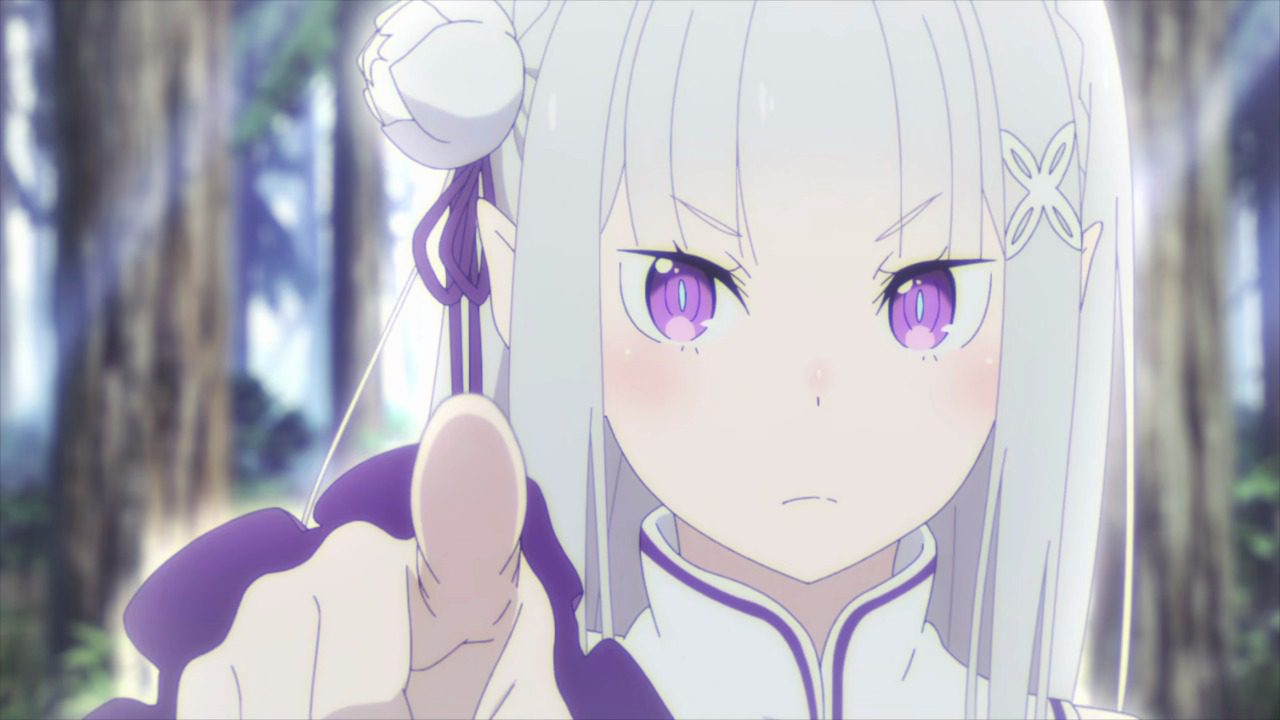 Who Does Subaru End Up With?

Emilia resembles Satella, the Jealous Witch, who is responsible for the discrimination against half-elves. This made Emilia a reason for shunning. But Subaru arrived and did not perceive her in the light as others did. As for Subaru, he was smitten with her from the beginning. This became one of the biggest reasons to keep on with his cycle of suffering. Earlier in the story, Emilia perceived him in the likeness of a child. Well, she is herself over 100 years old despite her appearance. However, as the story continues, Emilia becomes more aware of her feelings for Subaru. Although a bit confused, she starts accepting her love. And to the fans much delight, in episode 15 of season 2, they both share a heartfelt kiss. So it is very much clear that Subaru will end up with Emilia. 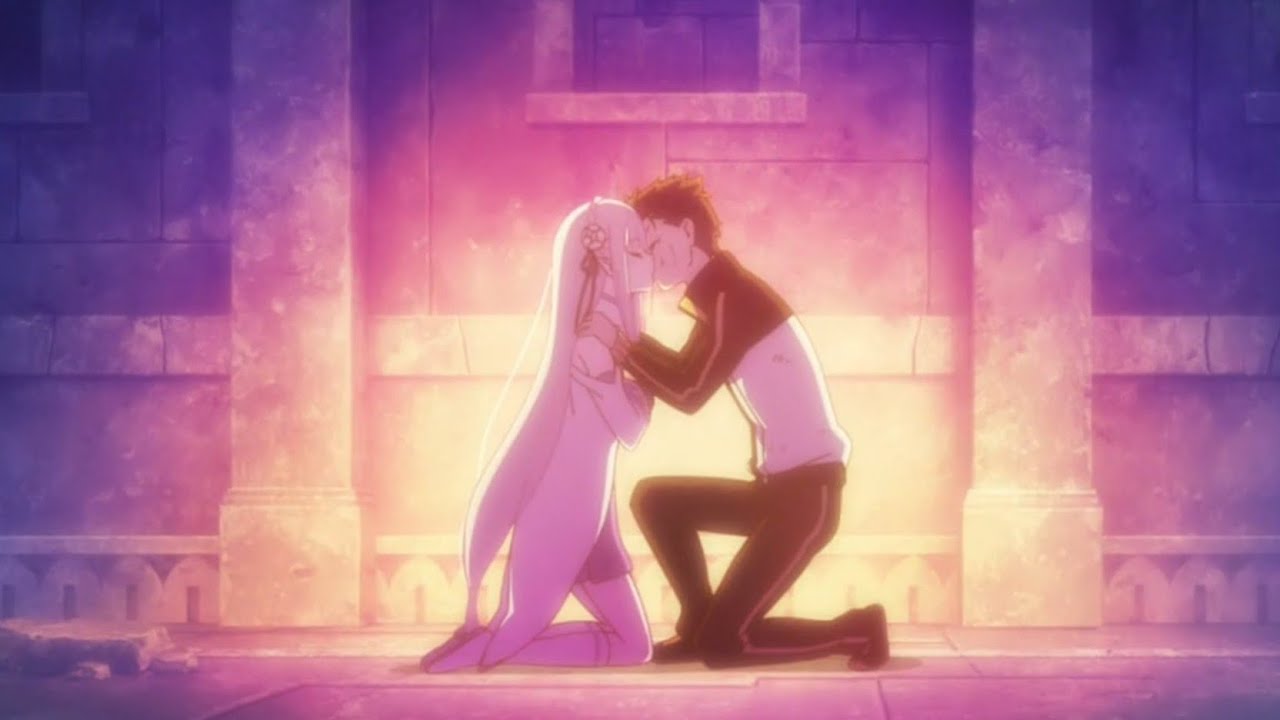