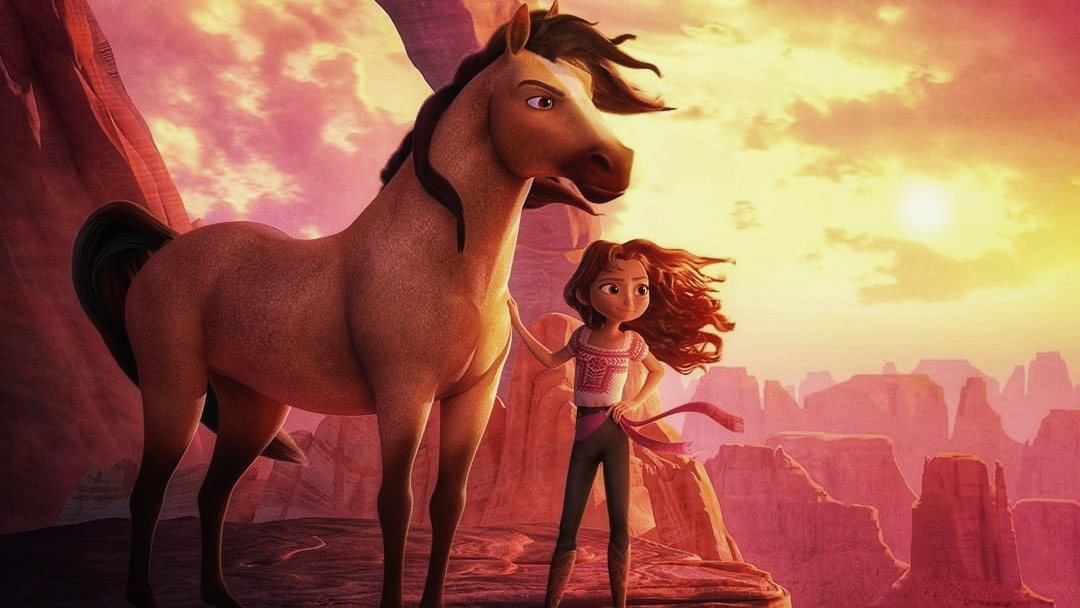 Spirit Untamed is an upcoming computer-animated adventure feature by DreamWorks Animation. Universal Pictures will distribute it. Elaine Bogan directs the in what is her directorial debut. It is also co-directed by Ennio Torresan. Spirit Untamed is a sequel to the Spirit: Stallion of the Cimarron. It’s also based on the spin-off television series Spirit Riding Free, which Netflix produced.

The film is produced by Karen Foster, and Aury Wallington pens its screenplay. The cast includes Isabella Merced, Marsai Martin, McKenna Grace, Julianne Moore, Walton Goggins, and Jake Gyllenhaal. Amie Doherty composes music for the filmy. Recently an official trailer for the movie was also released on YouTube. The animation doesn’t quite seem to be anything out of the ordinary, but the story seems one that’s sure to touch many.

Spirit Untamed is going to feature a great roster of voices from great talents. Isabela Merced is voicing the lead character of Lucky Prescott. Jake Gyllenhaal is voicing Jim Prescott, father of Lucky. Marsai Martin is voicing Pru Granger. McKenna Grace (Gifted) is lending her voice to Abigail Stone. Julianne Moore also stars in the film as the voice of Cora Prescott, Lucky’s aunt, who is a parental figure to her. Walton Goggins is going to voice the villain. Eiza González is voicing the character of Milagro Navarro, Lucky’s late mother. And finally, Andre Braugher is voicing Al Granger, Pru’s father. 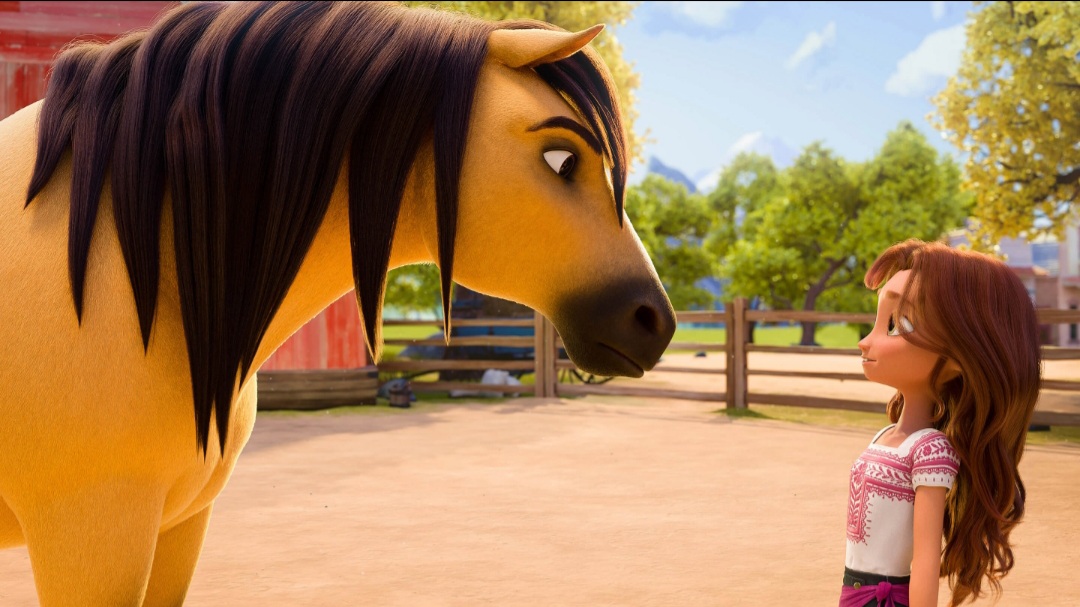 Spirit Untamed is the latest installment in the Spirit series, due to release on June 4, 2021.

Spirit Untamed is an epic adventure that revolves around a headstrong girl, Lucky, who wishes for a place she can call home. She discovers a kindred spirit in the form of a wild horse, Spirit. As their lives intersect, Lucky’s life is changed, and she finds a purpose and freedom. However, the story takes a turn when Spirit and his herd faces a threat in the form of a heartless horse wrangler. The wrangler and his team seek to capture Spirit and his herd. They plan to auction them off to a place and life of hard labor and captivity. Lucky, with her friends, decides to go on a lifetime adventure to rescue Spirit to stop this from happening.

Lucky Prescott (voiced by Isabela Merced) grew up without knowing about her late mother, Milagro Navarro (voiced by Eiza González). Her mother, Milagro, was a courageous horse-riding stunt performer in a small town called Miradero. Lucky has spent her life until now in the east-coast city. She lives with her aunt Cora, who is very watchful of her. However, Lucky is a wild and free spirit, now and then embarking on risky endeavors, escaping her Aunt Cora’s vigilant supervision. When her escapades become much too frequent, Cora decides to move back with Lucky’s father, Jim (voiced by Jake Gyllenhaal). 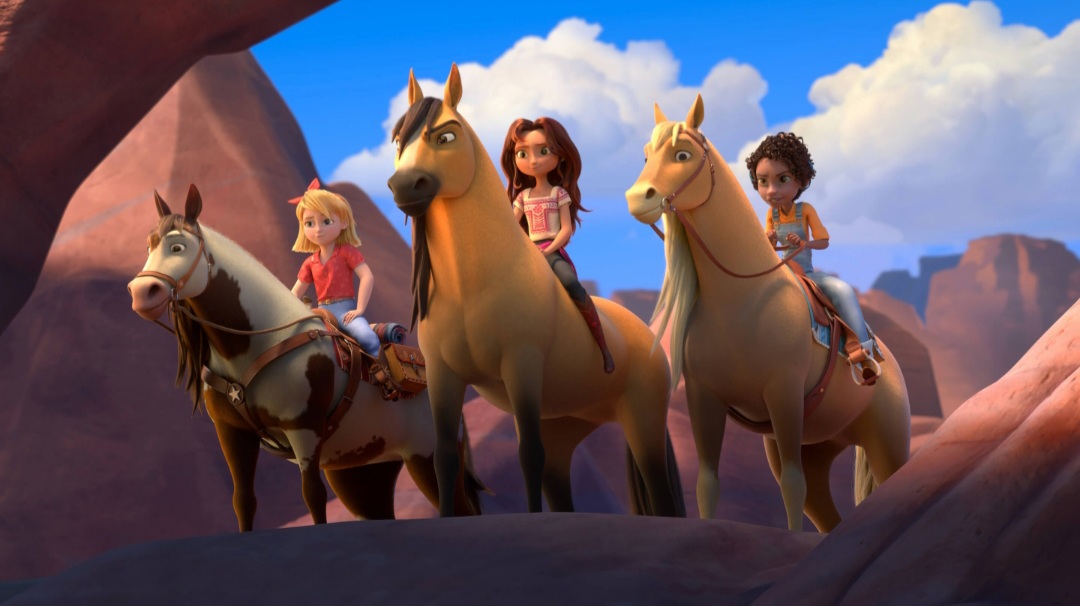 Lucky finds her father’s town to be uninteresting. However, her opinion changes when she meets a wild Mustang, Spirit. She immediately connects with him because his independent nature resonates with hers. She then befriends two local horseback riders, Abigail Stone (McKenna Grace) and Pru Granger (Marsai Martin). Spirit’s freedom is endangered when a heartless horse wrangler (Walton Goggins) and his team plan to capture him. That’s when Lucky and her friends set out on a brave adventure to rescue Spirit.

Additional Details About The Production

DreamWorks Animation had announced back on October 7, 2019, that a sequel to Spirit: Stallion of the Cimarron and an adaptation to the Netflix TV series Spirit Riding Free was in the works. It was announced that Elaine Bogan, who directed Dragons: Race to the Edge and Trollhunters: Tales of Arcadia, will be directing. Also that Ennio Torresan, director of Until Sbornia Takes Us Apart, will be co-directing along with Elaine. Elaine has directed two of DreamWorks Animation features, while Ennio has directed one. Ennio Torresan is also the ‘Head of Story’ at DreamWorks Animation. With these names attached to the directing credits, the film seems to be promising. Spirit Untamed is the newest entry in the DreamWorks’ Spirit series. It’s a sequel to the 2002 Oscar-nominated film Spirit: Stallion of the Cimarron. It was later adapted into the TV series Spirit Riding Free, which won an Emmy.

Spirit Untamed is scheduled to release in theatres on June 4, 2021. The film was initially slated for an earlier release on May 14, 2021. Check out the official trailer of the animated film below;