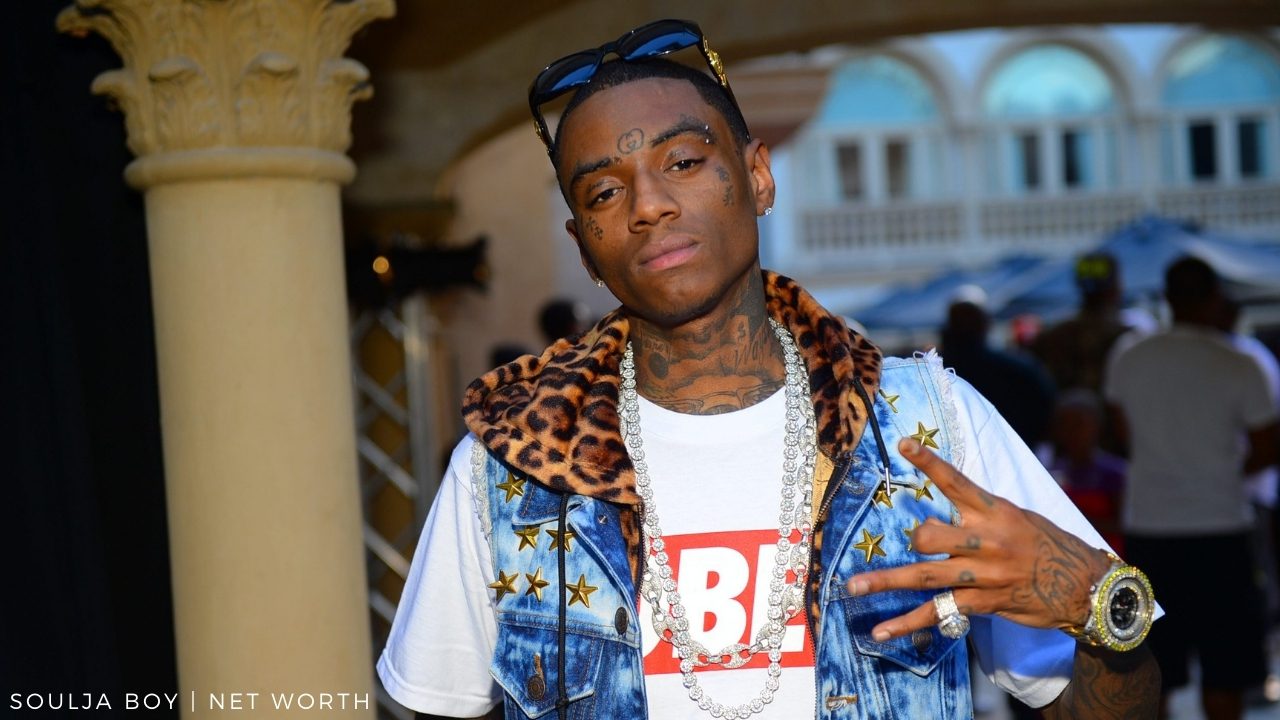 Soulja Boy is a 31 years old American Rapper widely known for his unique work. Apart from being a rapper, he is also an actor, lyricist, and entrepreneur. Soulja made his debut single song, “Crank That’ in 2007, which was ranked at No. 1 in U.S Billboard Hot 100. The track was initially self-published on the Internet, but later it became a number 1 hit in the United States for almost seven weeks in September 2007. On August 17, 2007, the name of Soulja Boy was listed at number 18 of Forbes Magazine’s record of Hip-Hop cash kings of 2010, which helped him earn $7 million that year.

From a very young age, Soulja had a passion for music. And his father came up with a recording studio for him to work towards his music ambition. In November 2005, Soulja started broadcasting his songs on SoundClick, which helped him earn a huge fanbase. Later, he created accounts on Youtube and Myspace. Soulja also released his first independent album Unsigned And Still Major: Da Album Before Da Album in March 2007.

Today, in this article, we will come up with the details about the net worth Of Soulja Boy. Also, we will talk about his personal and professional life.

Who Is Soulja Boy?

DeAndre Cortez Way, widely known by his stage name Soulja Boy was born on July 28, 1990. He was born to his father, Tracy Way, and mother, Lisa Way, in Chicago and relocated to Atlanta at the age of six. He also has an older brother and had a half-brother who died in a car accident. When he started to build an interest in rap music, he relocated to Batesville, Mississippi, along with his father. Since his childhood, he has dreamt of being a musician. And, in this, his father always had his back. Soulja’s father gave him a recording studio when he was 14 years old to begin his music practice.

Reason Behind His Popularity

After relocating to Mississippi, Soulja started chasing his dream to be a rapper. Although, Soulja’s track ‘Crank That’ was enough to earn him enormous popularity by making it to the No. 1 in U.S Billboard Hot 100. That was the moment when he started working more efficiently. In the same year when he released ‘Crank That,’ he also released his Independent Single Debut ‘Unsigned And Still Major: Da Album Before Da Album,’ and within two months, he got signed by Interscope Records. It was surprising how a young rapper was seen writing, producing, and performing a song to make it to the top position. Even his succeeding soundtracks could not give him the popularity that he gained from his single debut song. Apart from being a rapper, Soulja also has several ventures of his own. He has his fashion designing line, named S.O.D clothing, and he also launched a video game console called SouljaGame. Also, Soulja landed several acting roles.

His fame is also the result of his involvement in legal issues. In December 2007, Soulja was arrested in Atlanta, Georgia, when he was filming in a vacant house and when the police stopped him, he tried to run from the location. Later, he was released on a $550 bond.

In May 2011, He was sued by a local promoter, according to whom Soulja did not pay the promised amount for a rescheduled concert.

In 2014, Soulja was sent to prison for 24 months for carrying a loaded gun in his car. However, he revealed that he only owns the vehicle and not the gun. And also, his manager said that a neighbor kept the gun under the seat of his car in the absence of Soulja. Still, he was caught and sent to 24 months of probation.

Soulja Boy Net Worth: How Rich Is The Rapper?

The famous rapper Soulja Boy has a net worth of $30 million. He makes an estimated income of $5 million from his music career per year. Although he has several sources of income, music is still the most significant source of his income.

In 2016, World Poker Fund holdings offered a contract to Souja Boy. However, he did not disclose the details of the deal. Some wonder that the agreement was worth $400 million, while the others wonder, it was worth $1 million. The executives of World Poker Fund Holdings were impressed by the rapper’s influential name. That’s why they chose him to endorse their events.

Soulja also earned his wealth through his guest appearances. He founded his recording label in 2004. However, it could not attract too many artists, but it still exists today and gives opportunities to newcomers.

Also Read: Lil Pump Net Worth: How Much Does The Rapper Earn? – OtakuKart