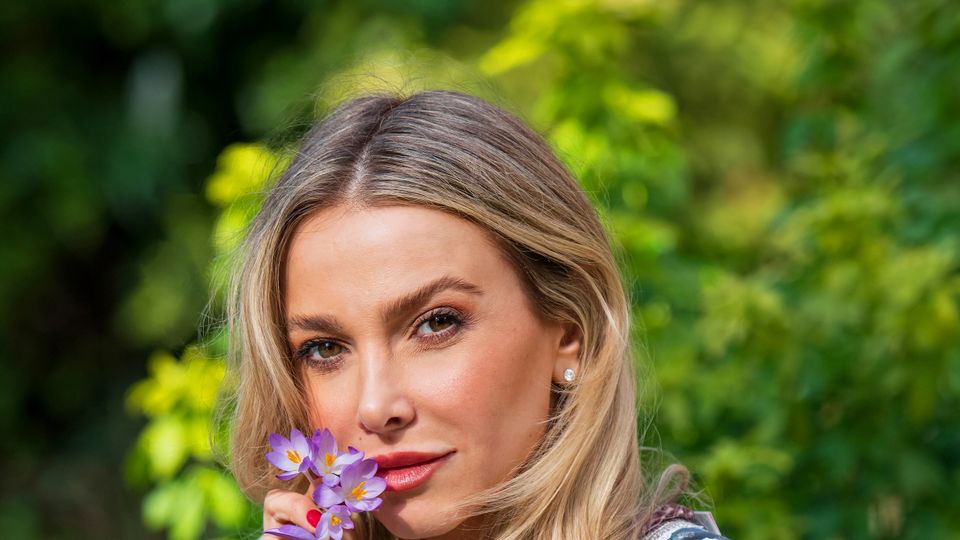 Made in Chelsea star, Sophie Hermann had a very public relationship on the show she appeared on ‘Celebs Go Dating’. Previously, Sophie has also been linked to one of Hollywood’s biggest stars, Johny Depp, which makes fans wonder who Sophie Hermann’s Boyfriend is. The reality TV star is more than just a social media influencer. She is also a fashion designer who has impressed all with her fashion sense and one-liners on the shows she has appeared on.

Sophie’s blazing sense of style is clearly visible on her Instagram, where she has a massive following of 5,74,000, and through the platform, she constantly engages with her well-wishers. The 34-year-old, who is originally from Germany and now lives in London, has collaborated with many high-end brands, including the brand Never Fully Dresses. Hermann has appeared on various reality TV shows about which we discuss later in detail.

So what do we know about Sophie Hermann Boyfriend? Sophie Hermann and Tom Zanetti made headlines when they started dating first. In our article, we also cover the timeline of their relationship and why they had to eventually split, as was revealed in the finale of the show Made in Chelsea. Make sure to stay with us till the end.

Sophie Hermann Boyfriend: How did Sophie and Tom get together?

Sophie Hermann and Tom Zanetti first met each other on E4’s show Celebs Go Dating, which aired in Spring 2021 and formed an instant connection. Although reality show couples often have an ill fate, this couple showed us many hopes and became rather ‘Couple Goals’ when they stayed a couple for six months after leaving the Celebs Go Dating mansion. They were even slammed on social media for celebrating their Valentine’s Day together in the midst of lockdown in the UK due to Covid – 19. Sophie hails from Chelsea and Tom from Manchester, so their get-together didn’t end well with the fans.

Hermann made their relationship official while chatting with fellow Celebs Go Dating cast member Chloe Ferry and even agreed that if there was a wedding, Chloe would definitely be the first bridesmaid! Tom too, quite adorable, agreed to their relationship while talking exclusively to Closer. 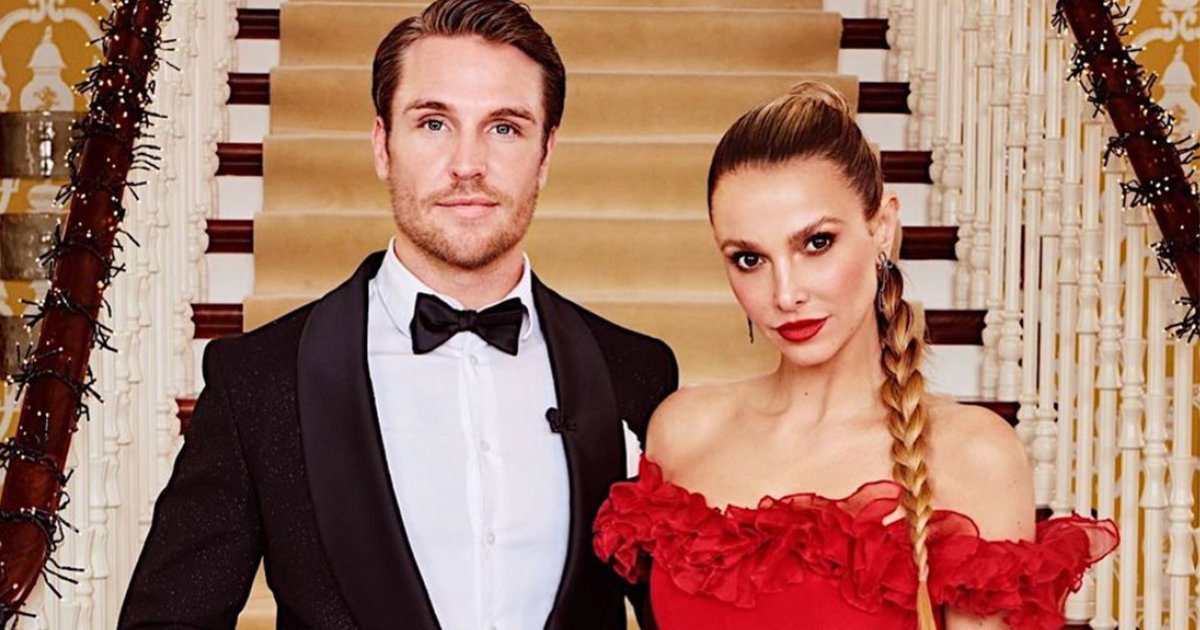 So why did Sophie Hermann’s Boyfriend Tom Zanetti and Sophie Hermann break up? Fans first suspected their split when the two unfollowed each other on Instagram. Finally, on the season finale of Made in Chelsea, which aired in June 2021, Hermann confirmed their split and even shed a few tears while talking about the topic. She also hinted at their breakup a week before when she said in an interview that Tom and she hadn’t clearly defined their relationship. One of the main reasons behind their split was that they weren’t able to spend much time together as Hermann lives in London.

All about Tom Zanetti

Tom Zanetti is the professional name for the British DJ, singer, and rapper Thomas Byron Courtney. Popular for the song You Want Me, Zanetti also has a son who was born when he was just 17. His ex-girlfriend Lizzie died in a car accident in 2010. Zanetti came into the limelight to have an affair with TV personality Katie Price. He even made an appearance on Season 6 of the show ‘Katie Price: My Crazy Life’.

Tom has made appearances on many shows like Good Morning Britain as a guest, Celebs Go Dating, Made in Chelsea, and First Dates. He also starred in the show ‘The SIC Life with Tom Zanetti’. Tom has a huge following of 7,50,000 on his Instagram handle as of now.

Also Read: Sophie Hermann Net Worth: How Rich is The German Model?

Sophie Hermann, apart from having a very amazing fashion sense, has also impressed fans with her several appearances on reality shows. Most famous for the show Made in Chelsea, which focuses mainly on affluent young people and follows them around the globe, Hermann has also appeared on shows like Celebs Go Dating, where she met her ex-boyfriend Tom Zanetti and the comedy show Would I Lie To You.

Presently, it seems as though Sophie Hermann is getting over Zanetti and trying to enjoy her single life. Although, Zanetti has been linked to the Instagram model Chloe Saxon as the two were seen getting cozy and enjoying a night out. 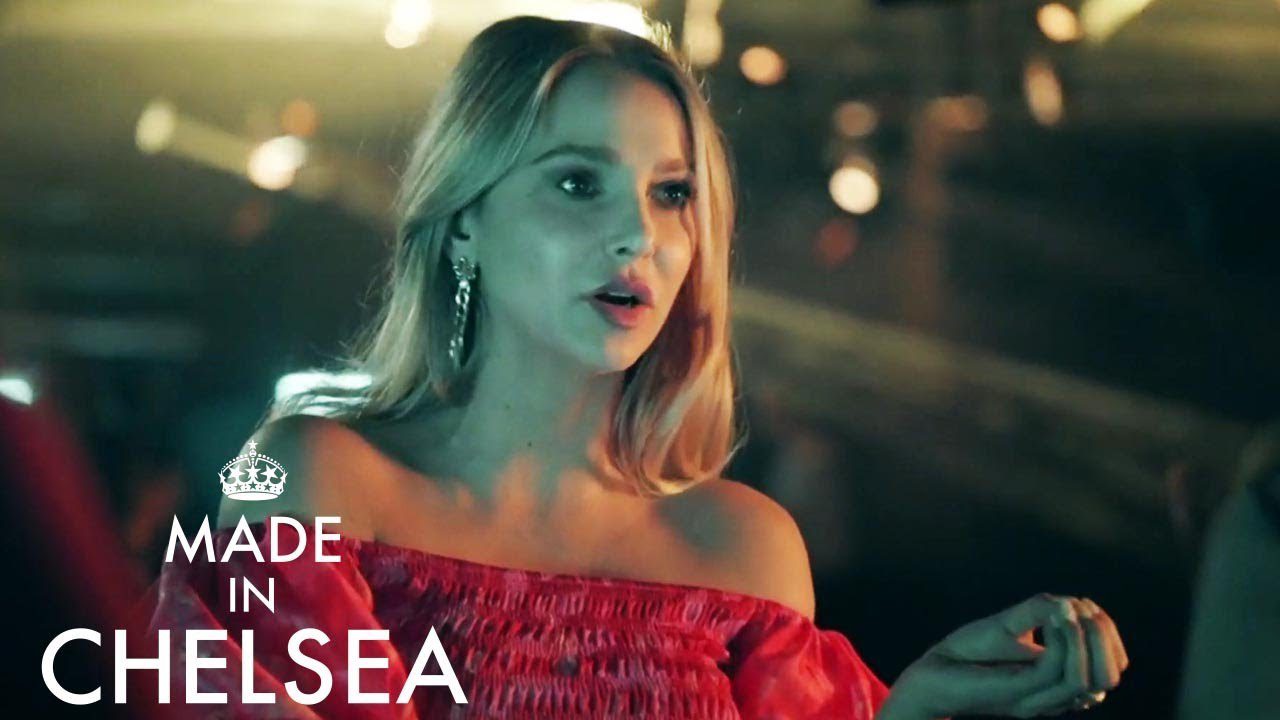 Sophie Hermann’s still from Made in Chelsea

Also Read: Are Sophie Hermann And Tom Zanetti Dating? The Pair Might Have Called It Quits