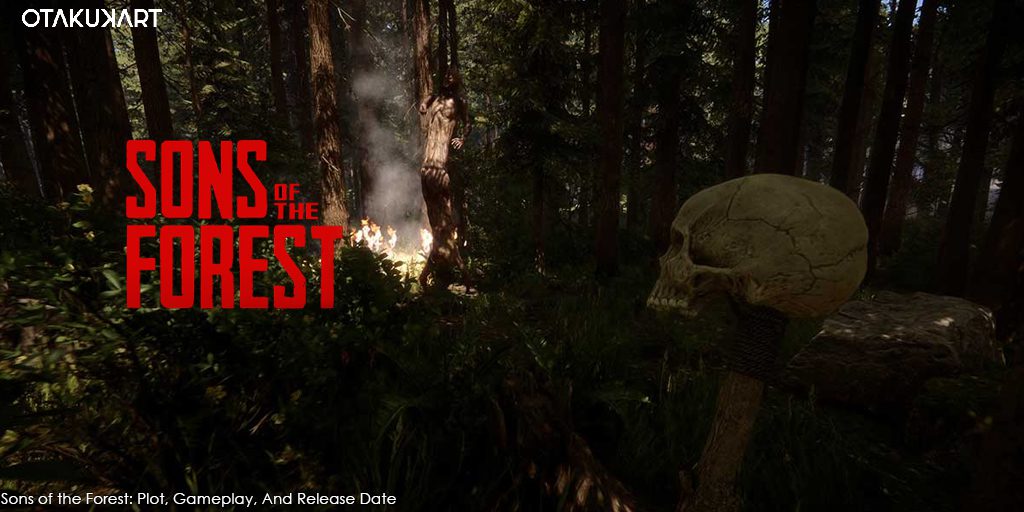 Sons of the Forest

Endnight Games, the indie developers behind critically and commercially successful horror survival game The Forest, revealed their next project called Sons of the Forest. What will the sequel of The Forest be all about? What is its release window for the sequel? Is it coming out this year? In this blog, we will discuss everything about the sequel in detail. Sons of the Forest is an upcoming survival horror video game and the sequel of The Forest. Endnight Games founders were formally visual effects artists. Their main focus with the game was the quality and player experience.

Endnight Games’ major breakout was with their survival horror title, The Forest, which they released in 2014 for Microsoft Windows and PlayStation 4. The Forest’s inspiration comes from movies like The Descent and video games such as Don’t Starve. Endnight Games made The Forest in Unity game engine. The Forest makes the player take the role of Eric Leblanc. During a plane trip, a plane crash occurs. Eric wakes up from the plane crash and finds his son Timmy missing. He discovers that the plane crashed on a remote, heavily forested peninsula. The players must survive, fight some mysterious monsters, and find the missing son. The Forest was a commercial success, with over five million copies sold all around the world.

What is Sons of the Forest?

The Forest by the indie developers Endnight Games was a huge success, not only critically but commercially as well. So it was the only right thing for them to make another game. Who would have known that their next game would be the sequel called Sons of the Forest? So what do we know about this sequel? The trailer released about the sequel was enough for the fans to just learn and extract every bit of information.

Endnight Games has not put out any details regarding the plot. It can follow just like the first game, where the protagonist gets stranded on an island, and something of his goes missing. It is just speculation, so anything else can also happen. 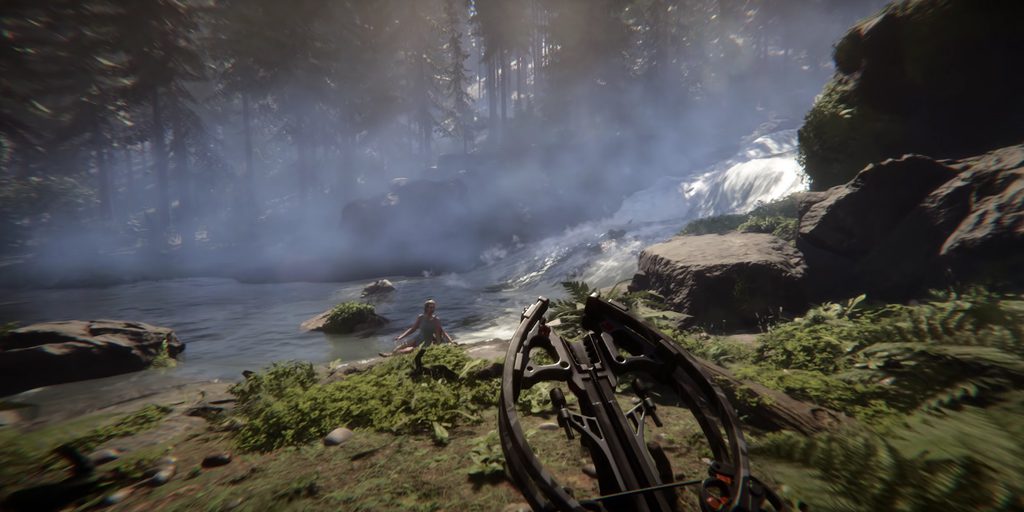 The environment of the Game

The visuals are, as always, stunning. The Forest’s visuals were stunning for an indie developer, and they got the praise for that. Sons of the Forest visuals are a huge step-up from the first game, and it looks spectacular. The animations of the NPCs and animals are also looking good, but one should not judge solely by the trailer.

The trailer showed some parts of the gameplay that one should expect upon the release. The trailer starts with the character/protagonist making a tent and fire, then cuts to him creating weapons or, more specifically, hunting gears. Then the trailer jumps to the protagonist going for the hunting. During the hunt, the protagonist kills and eats the turtle. Just like the first game, players should expect a lot more varieties of hunting gear and animals for the hunt. 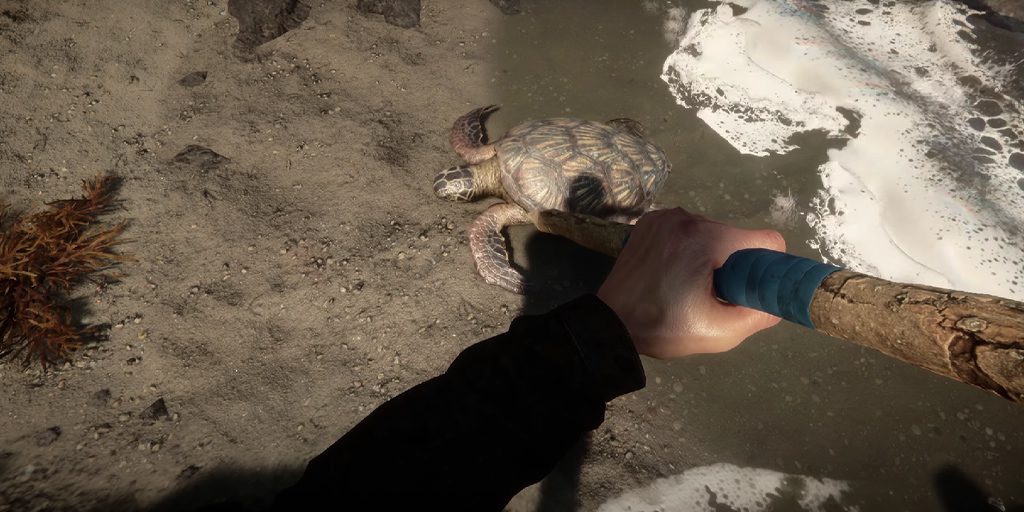 Hunting in the Game

Then the trailer jumps to the player exploring. During the exploration, the trailer shows some grotesque things like an impaled body, etc. The trailer then jumps to the combat scenes where protagonists fight bizarre bodied monsters. Through the trailer, one can expect some grotesque monsters that will surely scare the hell out of weak-hearted players. There are monsters with two upper torsos or another whose upper body looks like Venus flytraps.

The game will also provide the players with guns like shotguns, handguns as shown in the trailer. Just like any other survival game, players must build their safe house like a house with a wall surrounding it. The trailer ends with the protagonist watching a father and his son fighting another grotesque monster. 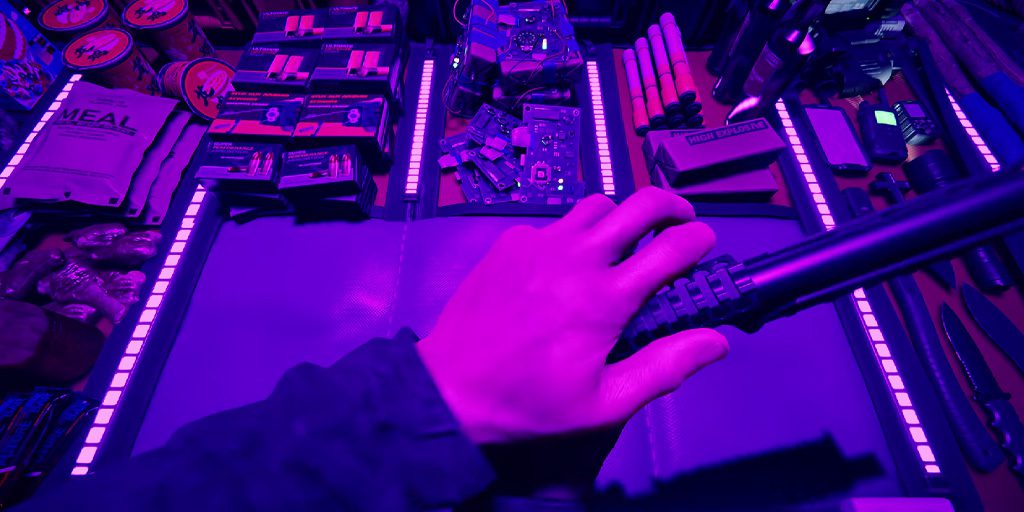 Guns in the game

The explorable locations in the Sons of the Forest are many, as shown in the trailer. The trailer showed locations like caves filled with the above-mentioned monsters, beaches, a facility of some sort, etc.

Sons of the Forest Release Date

When can fans expect Sons of the Forest to release? Should they expect it in 2022 or the next year? The first announcement for Sons of the Forest came in 2019’s The Game Awards. Endnight Games released the trailer for the game. They then released two trailers in 2020 and 2021.