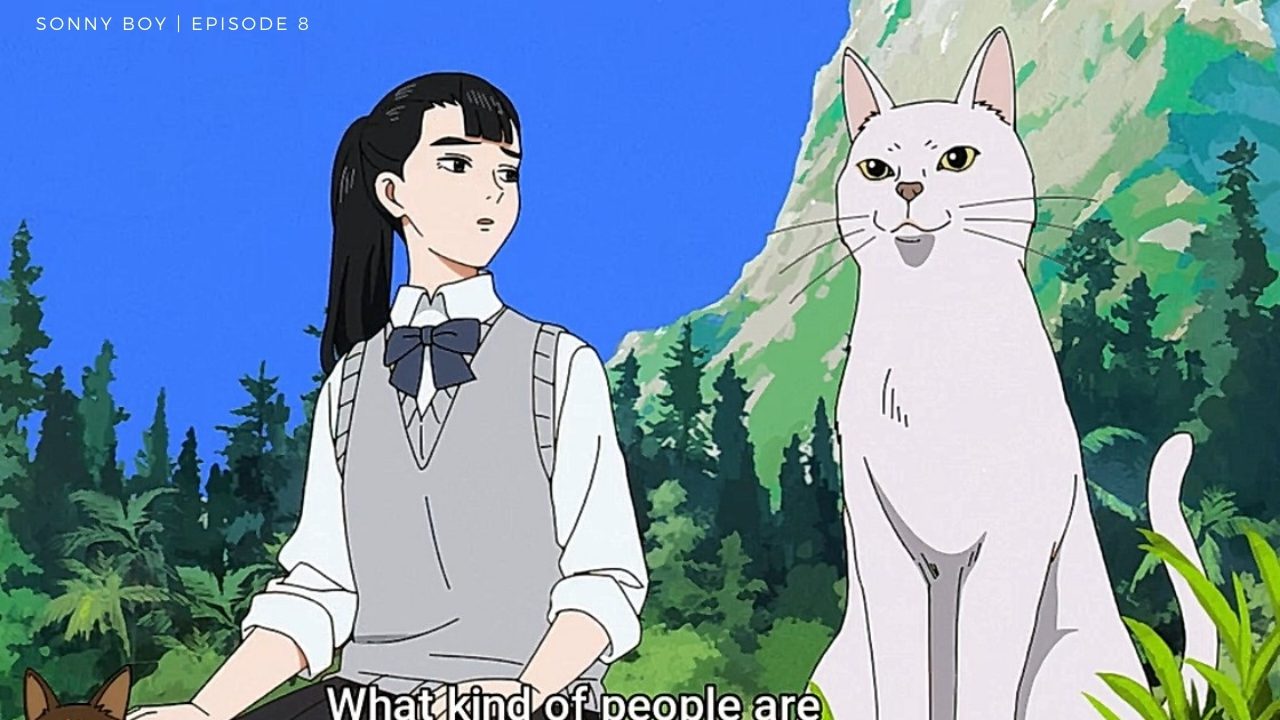 The mysterious world tale starts with Sonny Boy Episode 8 with Nagataro and other students trying to find a way to reach home. This episode will be released this coming week. Sonny Boy revealed the mysterious world arc ever since the school got teleported to a mysterious land. From the recent episode of Sonny Boy, the students met with a talking dog that gave them clues and hopes that there is a chance of returning home. But the likes of Hayato have decided to stay in the mysterious world and study there.

The students head to the meeting hall to attend Drift Victims Society Meeting, and the teacher reveals that these worlds are emerging daily. They add that Nagara is the guy causing all the drifting. The students can’t believe that guy caused them this, and they are in a world that living is hard. The teacher continues to badmouth Ngara and thank him for his actions that cause their future to get taken away. Sensei adds that Nagara is guilty of a crime, and the students wonder where Nagaiari is. They want him to be burned alive.

The teacher told the pupils that they would condemn Nagara and stop the tragedy per their rules. The students take a trip in the morning, and Asa told Aki to go without him since he wants to do something. Ace and other students are deep inside the forest. Ace told them that it is up to them to decided what they have to do since they have graduated. The others are building something that they can use for traveling. Mizuho, the talking dog, and Machi are watching everything from the top of the mountain. Machi told Mizuho not to thinking about going since she is not interested or invited.

They talked about traveling to the other worlds and about superpowers. Machi talked about Ms. Aki and how she filled the students. The talking dog adds that the students have powers that will keep them alive and that ship they are building should keep them safe. Later Mizuho confronts Nagara and finds him reading something. Mizuho asks Nagara to stop reading and help Raj. Raj is working on something nearby, and the two decided to join him. They notice that he is looking at the path that the ants take to make their way home. 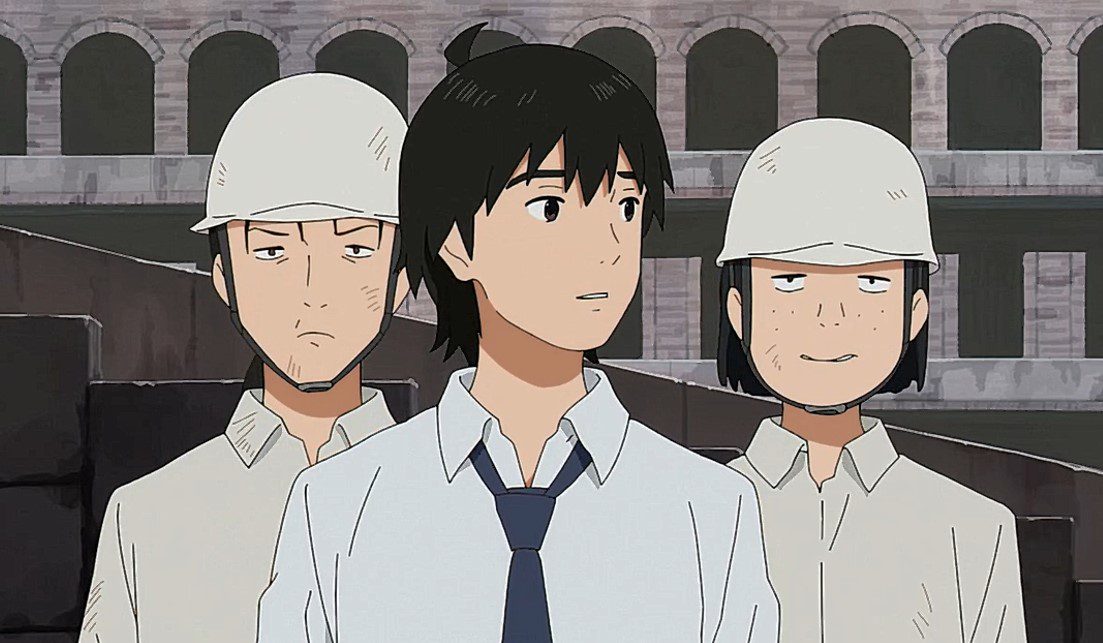 Nagara wonders why Raj is doing that, and Raj explains. Nagara remembers something and took that glass jar of ants and headed somewhere. Raj wonders what Nagara is up to, and Mizuho asks him about something. Nozomi joins them while Nagara arrives at the forest in the evening. Nagara realizes that rumors about him causing the drifting, but his friends told him not to worry about it. He saw a bat showing him something and wonders what it is signaling him to do. Nagara did what that bat showed him and got transported to another.

Nagara heard a voice waking him up in the morning at another world. The leader arrives and asks Nagara his number. The guy calls group B and said there is a problem with Number 25, and his group will answer by having another 50 kilos. In this new world, the students get dressed like military workers, building something big. They carry kilos of different materials, and if you mess up, you have to take more kilos. Nagara adjusts and learns new things from that world and returns to his world. He reunites with his friends and wonders how long they will stay here.

Sonny Boy Episode 8 will be on Friday, 2 September 2021, at 12:30 AM. You can get the latest show of this series every Thursday using the time in your country. Take a look at the Sonny Boy official update and other details below.

Where To Watch Sonny Boy Episode 8

You can watch Sonny Boy Episode 8 online on Funimation, and other official sites. The latest development of Sonny Boy episodes is available online with English subtitles. You can visit the official sites to know more about this anime.