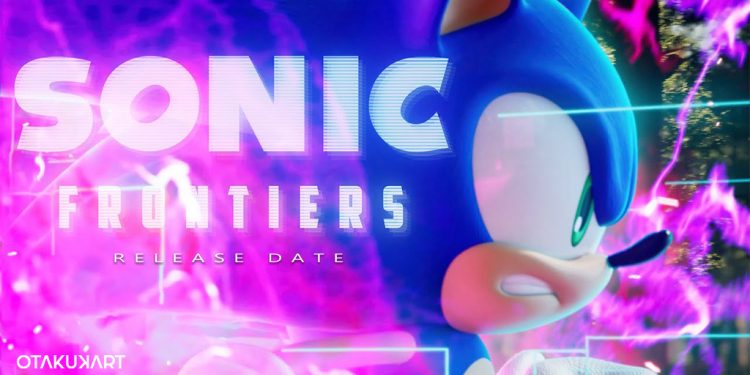 Who doesn’t know about Sonic? He is a blue hedgehog capable of running high speed and part of Sega’s infamous video game franchise. Undoubtedly, Sonic the Hedgehog is the most successful Japanese video game company, Sega. The first Sonic the Hedgehog game came out in 1991 for Sega’s own gaming console, Sega genesis. The game was a massive hit. It was also a revolutionary game that inspired many more games. The enormous success of the first game paved the way for a long line of successful games in the Sonic franchise.

The latest Sonic the Hedgehog game was Sonic Forces in 2017. It’s been near four years since the release of the last Sonic game. Therefore, fans have been waiting for the next Sega game in the Sonic franchise. However, they recently announced their new game, Sonic Frontiers, at the Game Award 2021. This news sent a new hype among the fans, and they want to know more about the upcoming Sonic the Hedgehog game. Let’s look at the Sonic Frontiers release date, gameplay, and more about the game.

The latest installment in Sega’s Sonic the Hedgehog series came out on November 7, 2017. Thus, it has been quite a while since another Sonic game came out in the series. The latest project from the developers of Sonic game was Puyo Puyo Champions, which is part of Sega’s infamous Puyo Puyo video game line. However, the Sonic fans are waiting for the release of the next Sonic game, which is now not too far. Sega revealed during the Game Awards 2021 that the new Sonic the Hedgehog game, Sonic Frontiers, is set to release in late 2022 for multiple platforms.

The Japanese video game company, Sega, actually teased about their upcoming Sonic game back in May 2021, at the end of their 30th-anniversary Livestream. However, the developers didn’t mention the game’s title. But many speculations were there that the game would be called Sonic Rangers. But the Sonic Team head, Takashi Iizuka, felt that the teaser was released prematurely. However, he also believes that it was the right move because that was Sega’s 30th-anniversary, and it was a while since they announced a new Sonic game.

Also Read: Bayonetta 3: What is it About? Expected Gameplay

What To Expect From The Upcoming Sonic Game?

The upcoming Sonic Frontiers is an action-adventure game that will release over multiple platforms like Playstation, Xbox, Nintendo Switch, and even Microsoft Windows. The game’s teaser gave it away that the game will be a 3D platformer with mind-blowing visuals. The game’s environment had quite realistic artwork. Whereas the developers stuck with the iconic cartoonish design for the characters. It was great sticking with the cartoonish design as the realistic Sonic design for the movie received a lot of heat from the fans. Further, the game will occur in an imaginary location called Starfall Islands. This location will feature flowery fields, forests, ancient ruins, and deserts.

Further, this will be the first Sonic game with an open-world setting. Another major selling point is this upcoming Sonic the hedgehog game. The developers believe that Sonic Frontiers will pave a new way for the future of Sonic the Hedgehog. The 1998 game Sonic Adventure did for the next two decades of this Sega game franchise. However, many speculate that the open-world setting of Sonic Frontiers is similar to Nintendo’s 2017 game, The Legend of Zelda: Breath of the Wild.

Aside from the visual, the story for the upcoming Sonic game will be the work of Ian Flynn. He was also the writer for the Sonic the Hedgehog comics and the television series Sonic Boom. Thus, we can expect that not only the visuals but also the story is going to please the fans. Also, the game is going to feature the same voice cast who has been the voice for these characters since the 2010 Sonic game, Sonic Free Riders. Like the infamous voice actor Roger Craig Smith for the lead character Sonic. He has been the voice for many popular game characters like Ezio Auditore da Firenze from Assassin’s Creed, Jones in Fortnite, and Chris Redfield in Resident Evil. Aside from Roger, the game will also feature Colleen Ann Villard as Tails and Cindy Robinson as Amy.

Dune Spice Wars: What is it About? Expectations & Gameplay