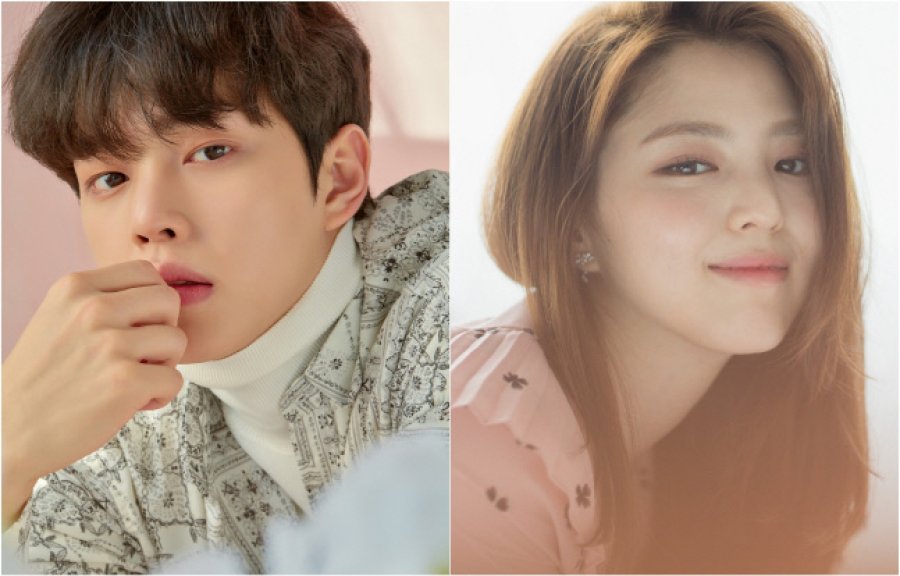 Song Kang as Park Jae-eon and Han So Hee as Yoo Na-Bi in Nevertheless (Credit: JTBC)

Actor Song Kang is rising and giving good dramas back to back. He gave a stunning performance as a ballet dancer in the recent drama, Navillera. Now, it seems that the actor is already gearing up for his next drama. Song Kang has nailed and proved his acting skills from horror to romance in the past three years. No, doubt, his popularity is soaring day by day. The actor already has a lot of projects on his hands. Song Kang’s upcoming drama will be a romantic comedy, starring opposite Han So Hee. It is one of the most unexpected and interesting pairs. So, anticipation for the drama is also high.

The actor also has one more drama in his hands. However, there is no confirmation or information about it yet. Undeniably, he is becoming the talk of the industry with three leading roles for this year. Song Kang gained popularity through 2019’s Love Alarm, although he made his debut through 2017’s The Liar and His Lover. Since his leading role in the Love Alarm, he appeared in Season 2, Sweet Home, and Navillera. His stellar performance in Navillera captured the heart of the audience. Now, let’s know in detail about the upcoming drama of Song Kang.

Song Kang’s upcoming drama is Nevertheless, which will release on June 18, 2021, at 23:00 on JTBC. The latest new upcoming drama will see the pairing of Song Kang with The World Of The Married fame Han So-hee. Nevertheless will take the time slot of the recent ongoing series, Undercover. The series, just like Navillera, found its inspiration from Jung Seo’s webcomic, Algoitjiman, which ran from November 13, 2018, to July 17, 2019. Naver webtoon published the webcomic. Nevertheless’s literal title is I Know But, with Algoitjiman as its revised romanization. Kim Ga Rim is the director of the drama, with Jung Won.

Song Kang upcoming drama Nevertheless will revolve around Park Jae-eon and Yoo Na-bi. Park Jae-Eon likes to flirt but finds dating a waste of time. He has sworn himself off from dating and is not interested in anyone, although he is cheerful and friendly towards everyone. Yoo Na-Bi, the female protagonist, wants to date but does not believe in love. She decides no longer to involve herself in love and does not believe in destiny after having a gruesome experience with her first love. But, fate plays a role, and both come in contact with each other. Now, Park Jae-Eon wants to cross all the lines he maintained so far in his life for Yoo Na-Bi. On the other hand, her determination to remain alone gets shaken up after having a magical effect upon meeting Park Jae-Eon. The drama will portray what will happen in their relationship. Will they be together after overcoming all the struggles or get separated?

Song Kang Upcoming Drama Nevertheless has already begun filming in last month. There is also a teaser video of the script reading sharing the drama’s synopsis by the two leading casts. JTBC shared the video on April 30, 2021. Song Kang and Han So-Hee are wearing the same color, violet, in the video, with the same background. They are also speaking turn by turn, with one line each. The video begins with Han So-Hee speaking, here are 22-year-old men and women who seem to be adults, but not yet adults. She says she thinks that she can do anything, but there is nothing like her heart. Song Kang also speaks the same line as Han So-Hee.

Then, So-Hee speaks, it shakes in front of countless crossroads every time, and it feels like a real beggar. Like a fateful meeting, the two of them fall in love like a midsummer night’s dream, with Song Kang speaking the same one. One by one, they again speaking, they sometimes become close friends without being in a hurry. They proceed to say it can be delicious to watch the drunkness of where it will go, and it may be a little stealthy because it seems like it’s just their story. Because they all know reality and the sickle of love, that doesn’t mean they shouldn’t believe in love. The real reason love is pain isn’t that it’s the end that will come someday, it’s because it starts again after a sore pain. They complete the scrip reading by stating together, “It knows it will, Nevertheless.”