Song Joong Ki Net Worth: A Look At The South Korean Actor’s Career! 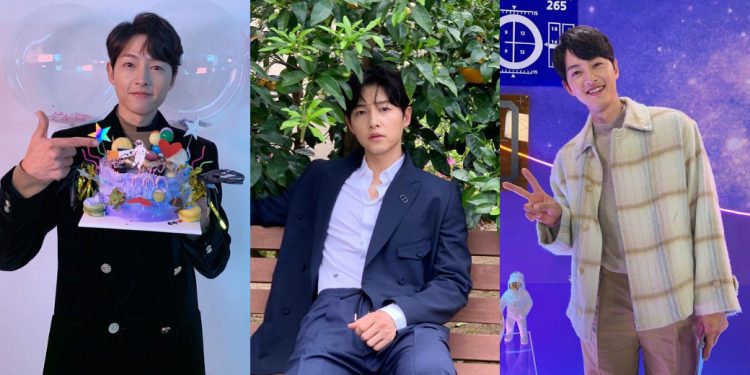 Just like the summer of 2021, Song Joong Ki will be back with another k-drama in the summer of 2022 too. And the questions about his net worth, dating, and work will come up too. The soldier from the 2016 k-drama ‘Descendants of the Sun’ has made a place in the hearts of fans all over the world. Dreaming of being a diplomat and a staff member at a broadcast company. Song Joong Ki chose to become an actor college and went on to bless all our hearts and eyes. He is now one of the most popular South Korean actors in the world. With another acting project on the way, Song Joon Ki is all set to star in a new k-drama.

Starring with ‘Hospital Playlist’ fame Shin Hyun Bin, Joong Ki will be starring in ‘The Chaebol’s Youngest Son’. The upcoming k-drama is based on the web novel of the same name. The revenge drama with the twist of reincarnation, a concept that used to be really popular years ago. The show will be premiering in 2022. Joong Ki’s other crime thriller ‘Bogota’ has also finished filming in October. The story will follow people who start a risky deal to survive in Bogota. Lee Hee Joon and Kwon Hae Hyo are also a part of the lead cast along with Song Joong Ki.

Fun Fact: Song Joong Ki’s first-ever TV appearance can be counted back to the time when he was in high school. He was a straight-A student and studying Business Administration at the prestigious Sungkyunkwan University. Song Joon Ki won second place in KBS’s Quiz Korea, making his TV debut. Getting into acting, Song Joon Ki made his acting debut in 2008 with an erotic historical film titled ‘A Frozen Flower’. Starring against Jo In Sung, Joo Jin Mo, and Song Ji Hyo, his role in the underrated 2011 movie ‘Penny Pinchers’ is one of the best projects of his acting career. After a series of supporting roles, Song Joong Ki blew up with the 2010 k-drama Sungkyunkwan Scandal. Following were the releases of the 2012 movie A Werewolf Boy, 2016 k-drama Descendants of the Sun, 2019 k-drama Arthadal Chronicles, and 2021 Vincenzo and Space Sweepers.

Song Joong Ki has an estimated net worth of somewhere between $21 million to $24 million in the year 2021. After Kim So Hyun, So Ji Sub, Lee Jong Suk, and Lee Min Ho. Song Joong Ki is known as one of the richest South Korean actors in 2021. After his divorce from former partner and fellow actor Song Hye Kyo, the question about his net worth did rise up. But his net worth wasn’t affected much. He had two successful k-dramas and two successful movies in the same year. Song Joong Ki is doing pretty great. Rumor has it that Joong Ki gets paid $228k for every episode of a K-drama he does. Song Joong Ki has also been a part of various endorsement deals, including retail, electronics, telecom, tourism, travel, food to clothing, cosmetics, and healthcare.

Joong Ki has been a part of all major deals out there. He is a popular face for brands like EZIO, TBJ, AD HOC, Le Coq Sportif, Pizz Etang. He’s also a face for Ottogi Snack Ramen, Seoul Milk, Sprite, and Baskin Robbins. Brands like KT, Jeju Air, Hite Jinro, Cuchen, Tencent, VIVO, along with Xbox 360 Kinect, LG XNote, FUJIFILM have also approached Song Joong Ki for social media endorsement deals. He has invested in properties in some luxurious areas in South Korea. Along with an $8.6 million-worth mansion in Itaewon, Joong Ki also owns South Cape Spa & Suite. The suite is popular for its panoramic view of the Namhae ocean. And is one of South Korea’s top golf courses with cost up to 10 million won a night. He is also known to have a luxury condominium in Hawaii.

World On Fire Season 2: Is It Happening?