Nobody can even argue with me on the fact that there are not enough psychological dramas created by the entertainment industry. I mean, yes, there are a few here and there, but a proper series dedicated only to the psychological genre is something pretty rare to find. Given the fact that audiences seem to love the new concepts provided by such shows, we can say that there is a heavy demand for this concept to explore even more.

Well, Amazon Prime Video has been working quite hard over the past few years to come up with the most intriguing shows and films as the platform is on its journey to compete with Netflix. And we must say that the creators are doing a very great job because subsequently, we see them even covering the lesser-known genres which were never tested by Netflix. Recently, the giant has come up with a new psychological drama called Solos which will make you hooked to your television screen in the first instance. And I am really not kidding when I say hooked because as soon as you hit the play button, you will realize that stopping the series was never even an option, you just really have to watch it straight in one go.

And it would not be so difficult given that the whole plot is mind-blowing and will leave you wanting for more. As for the main plot of the show, it throws the entire spotlight on the theme of how it is so spectacular to be a human and what it means by it. A viewer will never be able to understand the story if they are looking at it with shallow eyes. You really have to dive deeper and understand how each soul is connected to the other through some of the other means and forms a big wide web of bonds that we never knew existed. Even when we think we are alone with our thoughts, we are actually sitting amidst a whole set of humans connected to us by invisible links. Now, if you have watched the show and did not understand its ending and episode theories, then here we have wrapped up some easier conclusions of each episode that might help you. 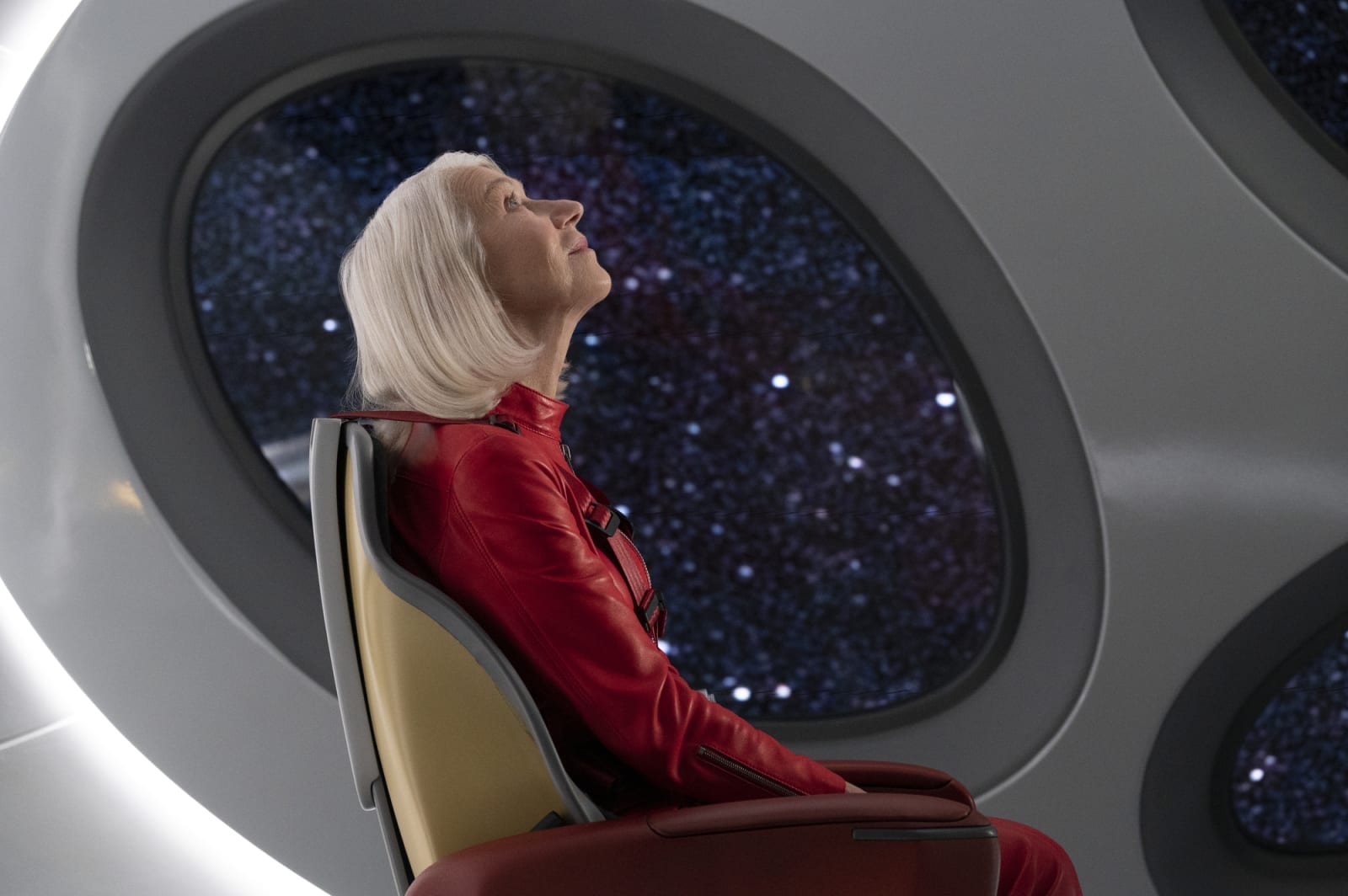 A still from Solos Season 1

There was not much to understand in the first episode as it concluded shortly after, giving us an insight into the entire characters and how they exist the way they exist. Basically, it was an introductory part of the show that was pretty important for us to start understanding the show. We acknowledge the story of a physicist who likes to travel through time and discover new dimensions. But soon enough, she finds out that there are two characters, who do not have any connection to each other, that are standing in her way of a big breakthrough.

The whole point of this episode was to tell the audience how Tom’s time on Earth is fixed. This is when goes on to buy a new product, despite the fact that it is pretty controversial for his family.

Peg is another aspect of this story, and without her, the pieces of this series are incomplete. We see that she is set on a trip to explore the universe and get to know its farthest pieces. But as she is in the process of doing so, Peg has an unlimited screenplay of all the moments she has ever lived through. This counts for her journey and how far she has come in life.

This episode might actually be the most relatable out of all the episodes. In this, we see a character named Sasha and how she is locked inside her home for 20 years. It was because of a global event that happened. But, when we see her, she is trying to leave the house again. The ending explains how we are all just caged birds who are waiting for the day we will be free (of the pandemic hopefully).

This episode gets a bit bizarre because its character, Jenny, is in a weird waiting room but has no idea how she got there. As she sits there and dives deeper into the memory lane in order to find out how she actually got there, the audience is left wondering. This episode might represent how we all get into some situations in time that we never intended to and sit back and think how it all started in the first place.

The sixth character of the sixth episode of Solos focuses on this unique science-loving lady. She is desperate to have a child and thus, employs the use of a near-future type of fertility treatment and gives birth to a son. But in the ending, we see that he might actually not be a normal boy.

The last episode of the show portrays the connection which two characters have. First, it is Stuart, who is an old man, and everyone believes that he is suffering from Dementia. Otto, another young man, is trying to find him and, soon enough, provide him with the facilities through which his memories can come back. But why? Why is Otto doing so? You will get to the bottom of it when Stuart starts having his memory back, and we learn who this man is.