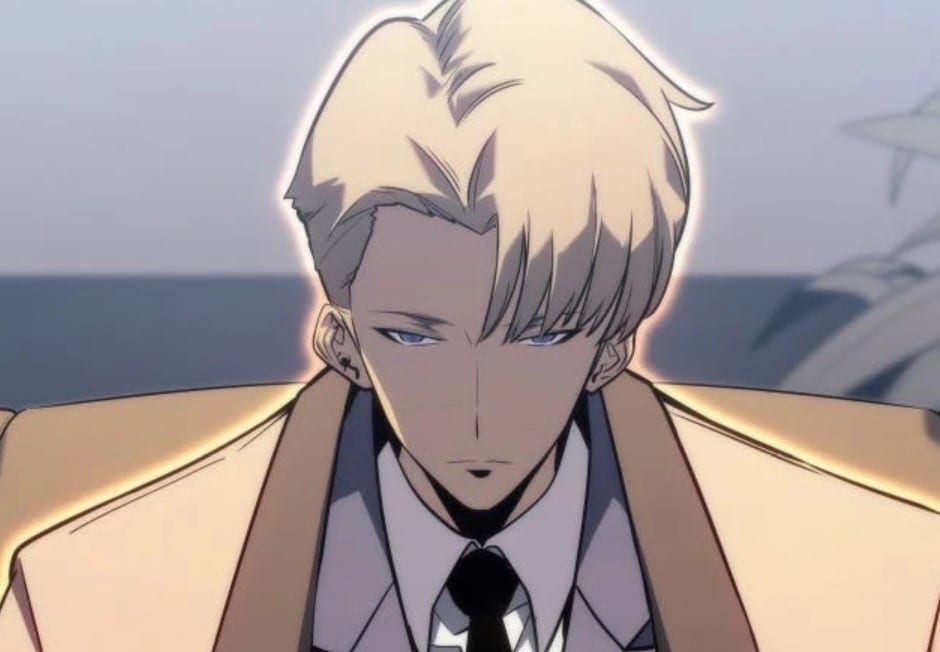 The higher-ups had a meeting with Hunter Woo Jin-Chul after mourning the death of Chairman Gon Gee-Hun. They appoint Hunter Woo Jin-Chul as the new Chairman at Korea Hunter’s Association. The news spread worldwide, and Sung Jinwoo read the newspaper. Sung Jinwoo’s sister is surprised that Go Gun-Hee got murdered and a handsome man has become the next Chairman. She realizes that the country is unstable as the rest of the world. The great war in Solo Leveling Season 2 is about to begin.

Jin Ah’s mom started to have fun with her daughter and call her lovely daughter, trying to bribe Jin Ah to take the clothes from the washer. Jin Ah is worried that her mom always says she is busy when they try to have fun all the time. She heads to retrieve the clothes and notice something. Jih Ah screams while calling her mom to come to see what she is seeing. Meanwhile, the Hunters are stunned that Thomas Andre has become Ahjin Guild’s Office. 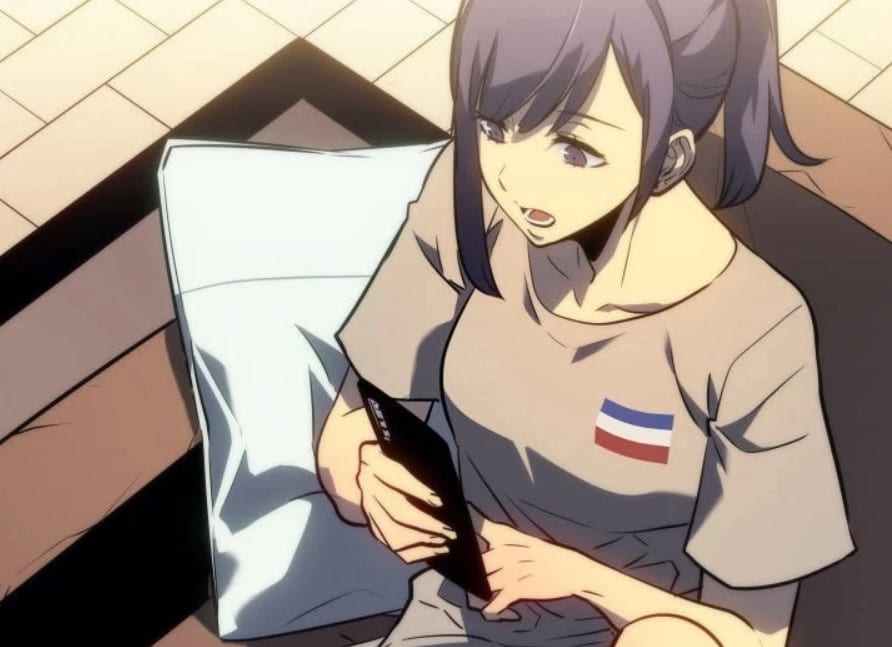 D-Rank Hunter Yoo Jin-Ho is surprised that Thomas Andre has taken his time and traveled to Korea and arrives in their Guild Office. Lennart, who is known as the strongest Hunter in Germany, has also come. Lennart Nierman is the U.S Hunter Association Hunter Point System Rank 12. Yo Jin-Ho can’t believe that Lennart and Thomas have spent two hours without saying anything ever since they have arrived. Yo Jin-Ho tried to call Hyung-Nim (Sung Jinwoo). He wonders why Sung Jinwoo is not picking up.

Lennart can’t believe that Thomas Andre, considered to be ”The Goliath,” is searching for Sung Jinwoo. He wonders if Thomas Andre would end up meeting with Sung Jin-Woo. Thomas Andre is relaxing, taking his time waiting for Sung Jinwoo to return. Thomas’s assistant comments that Sung Jinwoo might be in the middle of the Raid, and Sung doesn’t often come to the Guild Office. Suddenly, the Hunters heard the words ”I’m Back.” Yo Jin-Ho shouts that it is Hyung-Nim.

Kamish and The Demon King’s Dagger

Sung Jinwoo comments that he saw a group of reporters and realizes that Thomas is here. But he also figured out that Thomas is hereafter feeling Thomas’s smell. Yo Jin-Ho asks Sung Jinwoo why Sung didn’t pick up his calls. Sung Jinwoo reveals that he was busy, and there have been many Outbreaks Gate. Sung Jinwoo also said Beru and Igris are about to rank up. Thomas and Sung Jinwoo square off. Yo Jin-Hoo wishes that these two must not be thinking about fighting here. Sung asks Thomas why he is here. 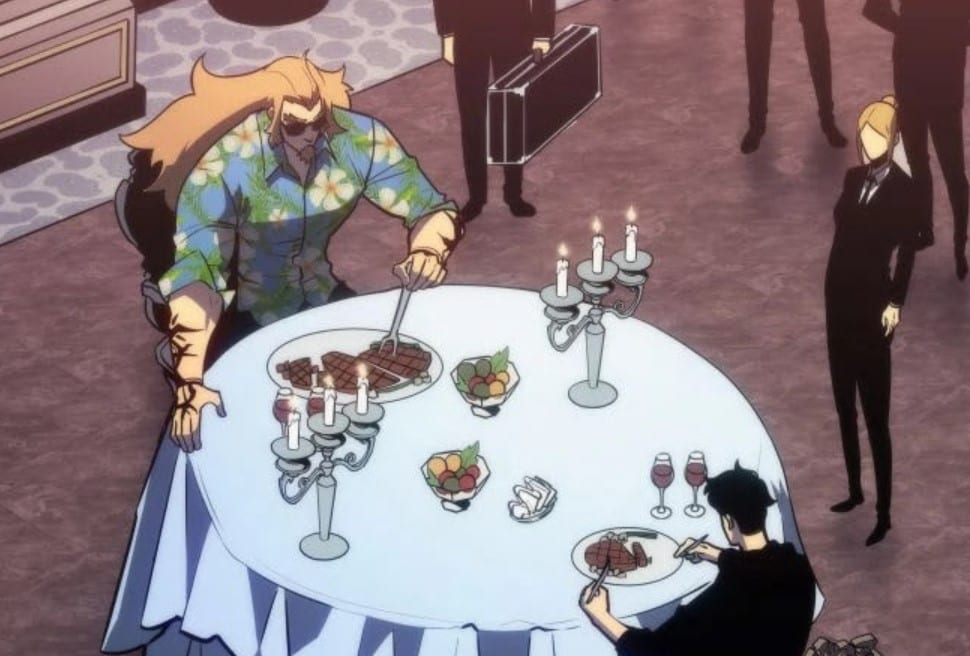 Thomas reminds Sung Jinwoo about his promise of having a meal together. Yo Jin-Ho is surprised that this is only about a meal. Thomas reveals that he has brought a special gift for Sung Jinwoo. He told Sung Jinwoo to move with him to a particular place since the item is too dangerous. Thomas notices that Lennart follows him and tells Lennart to remain since this is top-secret that includes two people. Lennart can’t believe that he accompanied Thomas to Korea, but he is here to watch as the drama unfolds.

Sung Jinwoo and Thomas arrived at a five-star hotel and had a meal together. Thomas’s bodyguard handed over the item to Sung Jinwoo, who felt the overwhelming power of the thing. Sung Jinwoo is surprised that Thomas is giving him Kamish. Kamish is a high-quality dagger crafted from the sharpest canine of a dragon. Sung Jinwoo also receives a Demon King’s Dagger.