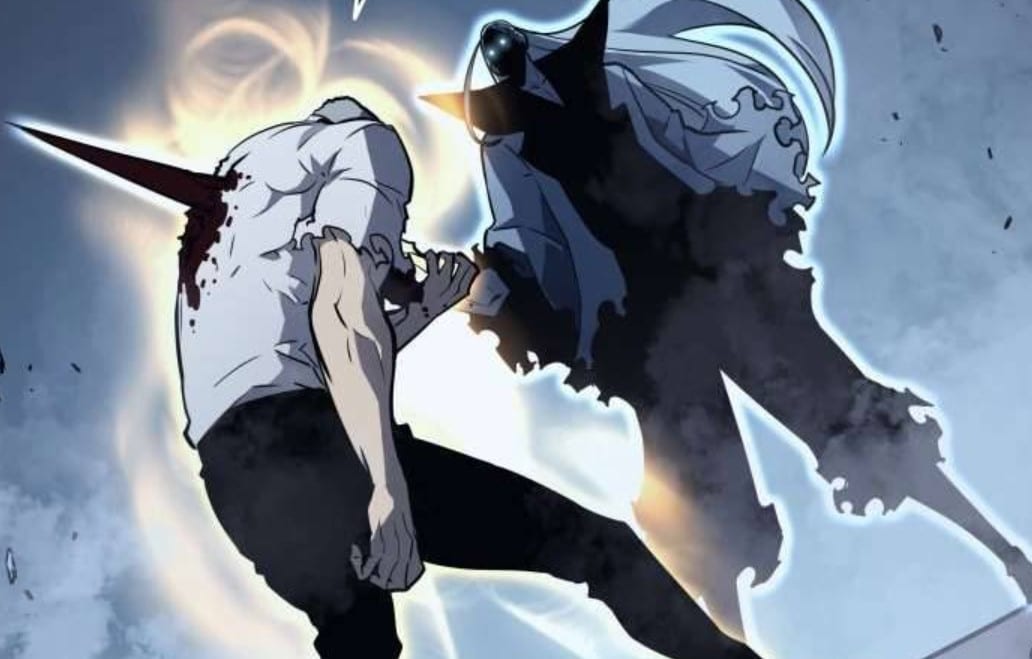 The killer of the National Level Rank Hunter has not yet been found. Sung Jinwoo met with Selner, who gives him a mission to protect the Hunters. Sung Jinwoo told Mr. White to make a list of all the Hunters he has to protect, and he left the room. Later he met with Thomas, who told him that they would have a meal together one day. The following day, Go Gun-Hee got visited by an unknown powerful man. He wishes he could have a proper conversation with him. Solo Leveling Season 2 continues below.

Monarch of the Frost

The guy decided to attack Go Gun-Hee and comments that the conservation is pointless. He attacks with a lightning thunderbolt that Go Gun-Hee blocks after turning into his monstrous form. They started to changed power blows, and all we can see is lighting powers clashing like thunders. Go Gun-Hee manages to clear the air with a single swoop and unleashes a gust of wind.

The guy comments that they have met at last. Go Gun-Hee comments that it is the most brilliant fragment of luminosity since the guy isolated his office from the outside world and trapped it in a dimensional crack. The guy replies that he has been looking for Go Gun-Hee for a long time. But he never thought that Go Gun-Hee was struggling to use his true powers since he was trapped inside a broken medium. He reveals that they have found the location of Go Gun-Hee’s seven fragments.

Also, read One Piece Chapter 1013: Spoilers And Where To Read Online?

The two fragments have already been broken. The guy said he just wanted to see Go Gun-Hee’s prideful face before killing him. Now he can kill him without having any regrets. Go Gun-Hee replies he can dare try, and he calls the unknown guy Monarch of the Frost. The Monarch of the Frost said it is foolish to choose to fight instead of dying in peace. He reminds Go Gun-Hee that he can not even land a single blow since he has just borrowed a human body.

They both started clashing, and Monarch of the Frost uses crystals to attack Go Gun-Hee, who uses flames. They both started to fight close to each other, landing heavy blows. Go Gun-Hee reminds the Monarch of Frost that he can land a heavy blow and make him eat his words. He realizes that he needs to slay this guy while he can still move. But he started to lose balance and wonders if he has reached the limit or his power is overwhelming the human body.