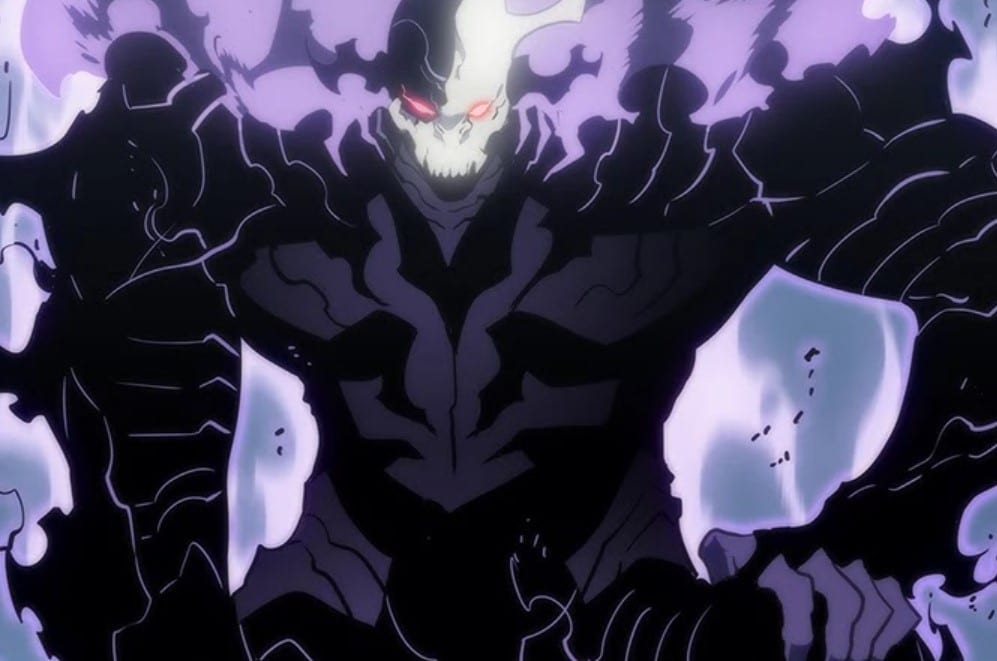 Solo Leveling Season 2 has returned from the weekly break. Let’s find out who will battle between Sung Jinwoo and Thomas Andre. Thomas has unleashed capture aiming to finish Sung Jinwoo. Sung Jinwoo decided to fight Thomas in his normal form. Thomas is confident that Sung Jinwoo is finished. The capturing move misses, and Sun Jinwoo jumps from the rooftop. He steps on Thomas’s forehead. Thomas comments that if Sung has decided to go on with him, he must bring it on.

Sung Jinwoo started to shower Thomas with massive blows that brought destruction around. In his monster’s form, Thomas keeps on missing and wonders why he can’t even lay a finger on Sung Jinwoo. Meanwhile, a group that has arrived helps other hunters and the citizen evacuate to a safe place. They are wondering how ill this battle since no hunter between the two is accepting to lose.

Thomas comments that he won’t miss and unleashes a powerful blow that blew the rooftop. Sung looks at Thomas and realizes that guy has no match for him. Sung had already seen the victory before the battle ended. The hunters told others to get away from the battle, and they must help the injured ones. Thomas transforms into a muscles monsters and trie to smash Sung. Sung Jinwoo jumps back, and the attack misses again. Sung Jinwoo decided to end the battle before every building in the city is destroyed.

He activates the skill called Rulers Authority. Thomas decided to increase the speed, thinking that he can match Sung’s skills. He also unleashes a skill called Reinforcement, and he got powered up. Sung Jinwoo landed a blow on Thomas’s forehead that almost break Thoma’s armor. Thomas started to receive showers of blows, and it was his first time when he screams in a battle. Sung Jinwoo started to beat Thomas like a baby. He landed a flying knee and body blow that slams Thomas to the ground.

Mr. White and the high-ups arrive at the scene. The wonders which are those two monster fighting and they saw Thomas being blown away. Mr. White realizes that this has to do with Sung Jinwoo. Mr. White suggests that they have to stop this too before one of them dies. The high-ups and Mr. White notice that Sung Jinwoo is pulverizing Thomas. Thomas wonders how can an S-Rank Hunter like Sung Jinwoo possesses powers that surpass the National Level Hunter. 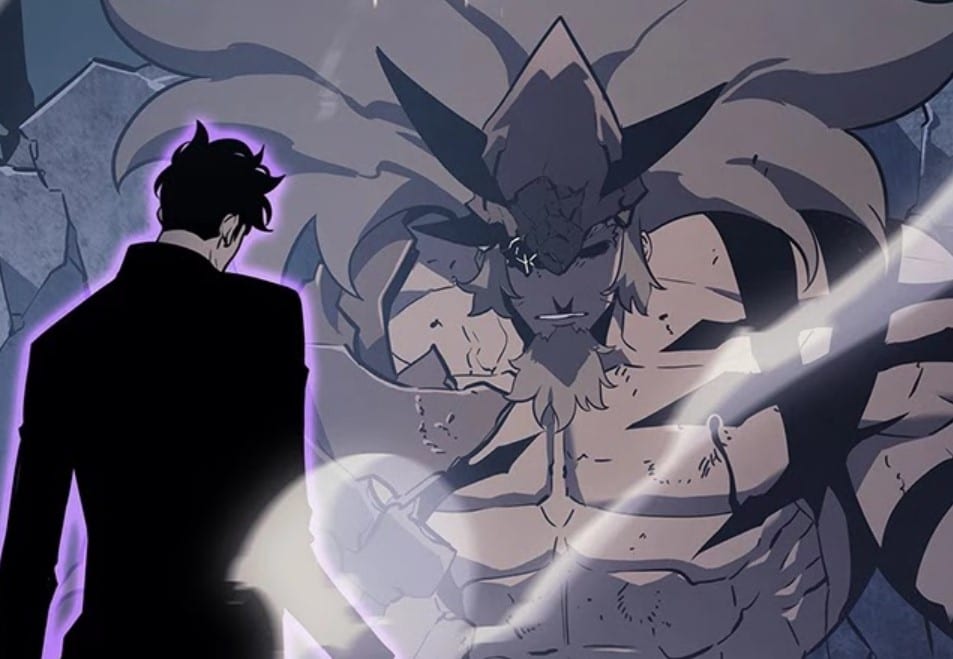 He wonders if he would lose, but he decided not to give up since this would embarrass him in front of the high-up. Thomas realizes that he used to dominate his opponents during the battle. But Sung Jinwoo has changed everything and the look on his face. Thomas shouts that he is Thomas Andre, and Sung must not dare defeat him like this. Sung Jinwoo reminds Thomas that he told him it doesn’t matter who Thomas is. Mr. White notice that Thomas has been beaten to a pulp, and he can’t move his hands.

He shouts at Sung Jinwoo to stop, and he said it is enough. Thomas continues to be hot-headed and continues to fight with Sung. Sung Jinwoo landed blows that break Thomas’s armor. He continues to showers Thomas with heavy punches. Thomas is lying on the ground receiving massive blows, and only his head is just shaking from the blow landing.

Thomas shouts that ”I Lose” and Sung landed the last powerful blow. He shouts that it is his loss and everyone heard Thomas accepting defeat. The high-up comments that if one of the reporters has got this, this would be breaking news tomorrow. Sung Jinwoo would become famous for thrashing the most feared hunter around the world. After the battle, the healers are asked to heal Thomas and reveals that all his bones are broken.

But he would survive because he is a National Level Hunter. They also reveal that Dong-Su is not breathing and Sung Jinwoo has vanished. Meanwhile, Sung Jinwoo is in the city talking with his shadows. He told other shadows that Beru is at the hospital helping Jinhoo. One of the shadows told him to give him a new name. Sung Jinwoo reveals that he is gaming him Greedy because he refuses to die during the battle. That was Thomas’s first defeat ever since he has become a hunter.