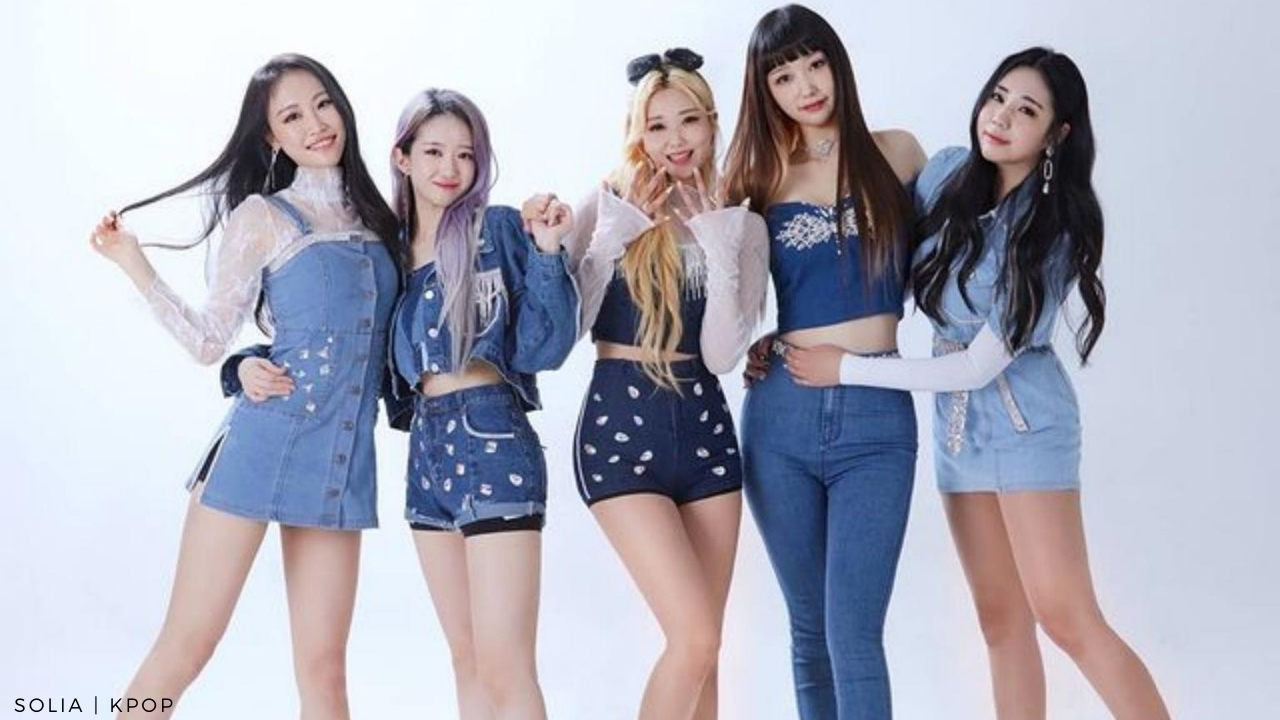 SOLIA may have just become the first girl group to disband within such a short span of time. Furthermore, SOLIA is a Kpop girl group that debuted on the 17th of August. Their debut single was ‘DREAM’. Moreover, this K-pop girl group currently has 7.72k subscribers on YouTube. The group consisted of five beautiful and talented girls named Soree, Hayeon, Suna, Soyeon, and Eunbi. It is a given that many fans are heartbroken to hear this news. For those of you who do not know, in order to debut as a kpop idol, you need to go through years of training. So the news of a kpop girl group disbanding after just 5 days of its debut has fans angry and sad.

The Kpop girl group, SOLIA, was under the agency Space Music Entertainment. The entertainment company informed the fans about the band’s premature disbandment. The only question that was on everyone’s mind was ”WHY?”. In its statement, Space Music Entertainment said that they were unable to continue the band due to internal issues. Following this, all the members of the band also released individual statements on their accounts. Fans of the girls and all kpop fans, in general, are upset because they know how much hard work it takes to debut. Moreover, many have started to criticize and blame Space Music Entertainment for SOLIA’s disbandment. In this article, we will tell you all the details that you need to know about the groups’ disbandment and more about its members.

Currently, all the kpop fans are in shock after hearing that SOLIA has disbanded. Furthermore, many are outraged thinking about how hard each member must have worked, only to get disbanded after five days. Although, both the company and the members of the group have continuously stated that there is no bad blood between them. In its statement that was released on Instagram, Space Music Entertainment has apologized to fans for this unfortunate situation. Furthermore, the company also encouraged the fans to support each member of the group and follow their accounts. However, fans still could not help but blame the company. After much digging in, it was revealed that the reason why SOLIA had to disband in less than a week, is because Space Music Entertainment did not have any funds to support the group. But this reason did not sit well with the netizens and triggered them more. 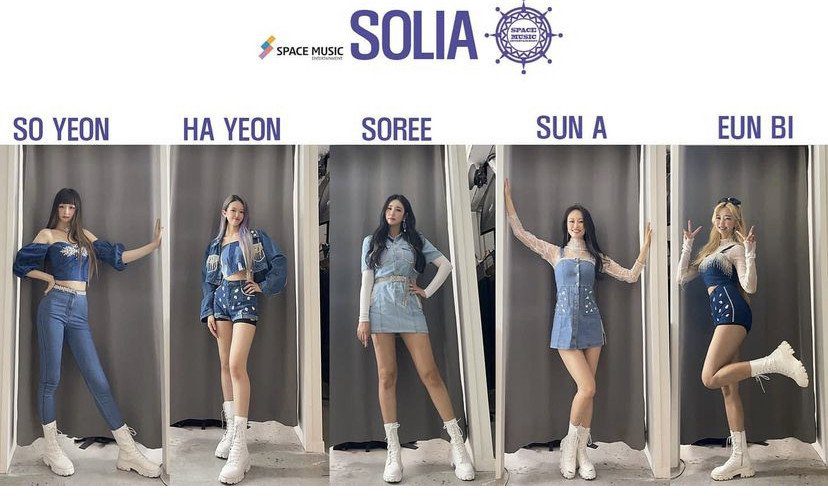 The netizens further questioned the companies decision to let the band debut if it had no funds to support it. Moreover, they also pointed out how poorly SOLIA’s debut song ”DREAM” was presented. Everything from the dressing to video editing and the sound quality was poor.  Fans who feel bad for the members of the group who worked so hard to debut as idols have pledged to support them. Fan’s love and support have assured the members who promise to entertain fans with great music.

An Introduction To The Members

Firstly, the name of the band SOLIA stands for Special Our Light Influence Artist. Among the five girls, the leader of the group was Soree. Furthermore, Soree’s birth name is Lee So Hyun, and she was born on the 10th of March in 1995. Soree is super talented and is an amazing dancer. Additionally, she is a professional cheerleader and is a member of the dance group named Remember Me. Our next member is Hayeon. Her birth name is actually Juyeon. Hayeon really stood out in the DREAM music video, and fans were impressed with her rapping skills. Coming to the main vocalist of the group, her name is Suna. Her birth name is Sunyoung. A little fun fact is that both Sunyoung and Hayeon are members of a band named SIOSIJAK. Our fourth member is Soyeon. 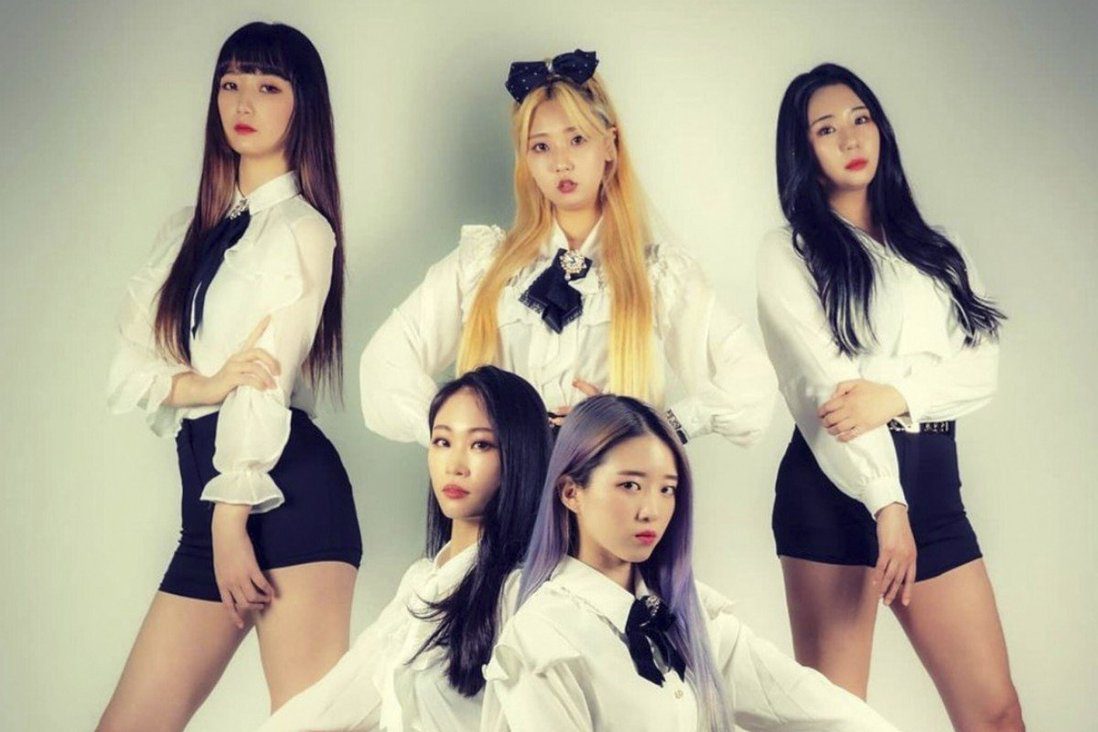 Furthermore, her birth name is Park Soyeon, and she was born in 1997. She also, like Soree is a member of the dance group Remember Me. Coming to our fifth and final member, her name is Eunbi. Furthermore, she is the maknae meaning the youngest of the five. All five members plan to continue making music. We wish tons of success for each member of the group.