Gwnag Nam finds out about So Ri and Ha Ru's relationship and warns Ha Ru to stay away from his daughter. However, So Ri's grandfather agrees to her marriage with Ha Ru and this entails that Gwang Nam will have to break up with Hee Ok. 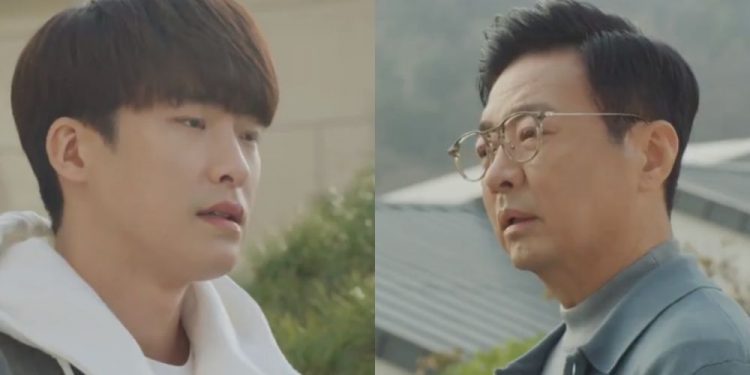 So Ri and Ha Ru breakup

After spending a blissful trip at the beach So Ri and Ha Ru return home and face Gwang Nam’s disapproval. He does not like Ha Ru but the bigger reason for his rejection of him is that Gwang Nam is dating his mother. When So Ri asks him why he won’t allow her to be with Ha Ru he replies saying that he is not suitable for her and also that no one knows who his father is. In ‘Love Twist’ episode 17, Hee Ok will try to convince Ha Ru to break up with So Ri.

Also, So Ri’s grandfather has made up his mind to let So Ri and Ha Ru get married. When he tells his decision to Ok Hee, she is not able to respond to it. This develops problems in everyone’s relationship. Ha Ru assures So Ri that even if her father forces them he won’t break up with her. This is because his intention is to marry her and spend their lives together. On the other hand, looking at how serious So Ri is about Ha Ru, Gwang Nam decides to finally end his relationship with Hee Ok.

Till now we have seen that Ok Hee finds out about Gwang Nam’s affair with Hee Ok. She approaches Hee Ok first and confronts her about having an affair with her husband. Instead of repenting her actions she shamelessly suggests that both of them should share Gwang Nam. This makes Ok Hee very mad and she throws money on her face and asks her to leave her husband. At home, Gwang Nam is threatened by the change in Ok Hee’s behavior. As they are having dinner together Ok Hee suddenly discloses that she knows about his affair. Even though he asks her for some time to end his affair, he gets mad when Ok Hee tells him about So Ri dating Ha Ru.

The next morning, Gwang Nam is worried that So Ri didn’t come home yesterday. However, Ok Hee does not seem to be worried. When So Ri and Ha Ru come back home from their trip Gwang Nam asks her to go inside and then he tells Ha Ru to break up with So Ri. Gwang Nam confesses that he doesn’t like him and wants him to leave his house. When So Ri asks her mother what is going on she does not reply to her. Then she finds out that her father sent Ha Ru away so, she runs outside the house to stop him.

Gwang Nam rejects Ha Ru Because of His Father

When So Ri asks her father why did he send Ha Ru away he straightforwardly says that Ha Ru is not suitable for her. So Ri is not satisfied by this answer and pressures him to explain his reason. During the conversation, Gwang Nam blurts out that he will not accept Ha Ru because no one knows who his father is. Hearing this makes So Ri very disappointed in her father. Also, Ok Hee tells him to watch his mouth and to not say anything that comes to his mind.

Kyung Joon’s parents ask him to contribute his salary at home but he is not very interested in helping out. He even tells that he will truly be happy only when he has a company of his own. When Hee Ok is having dinner at home Mi Ja gives her a visit. She shames her for eating with ease when Ok Hee knows about her affair. She accuses her of being a parasite and taking advantage of Gwang Nam but Hee Ok defends herself saying that she is not selfish as she suggests they should share Gwang Nam.

The ‘Love Twist’ Episode 17 release date is 4th January 2021. In the upcoming episode, Hee Ok finds out that Ha Ru is dating Gwang Nam’s daughter. She makes an effort to convince him to break up with So Ri but he does not want to hear anything from her. Also, Ok Hee and Gwang Nam face a new problem as their parents give permission for Ha Ru and So Ri’s marriage.

Where To Watch ‘Love Twist’ Episode 17

Also Read: ‘Ghost Doctor’: Everything About the Fantasy Drama Series