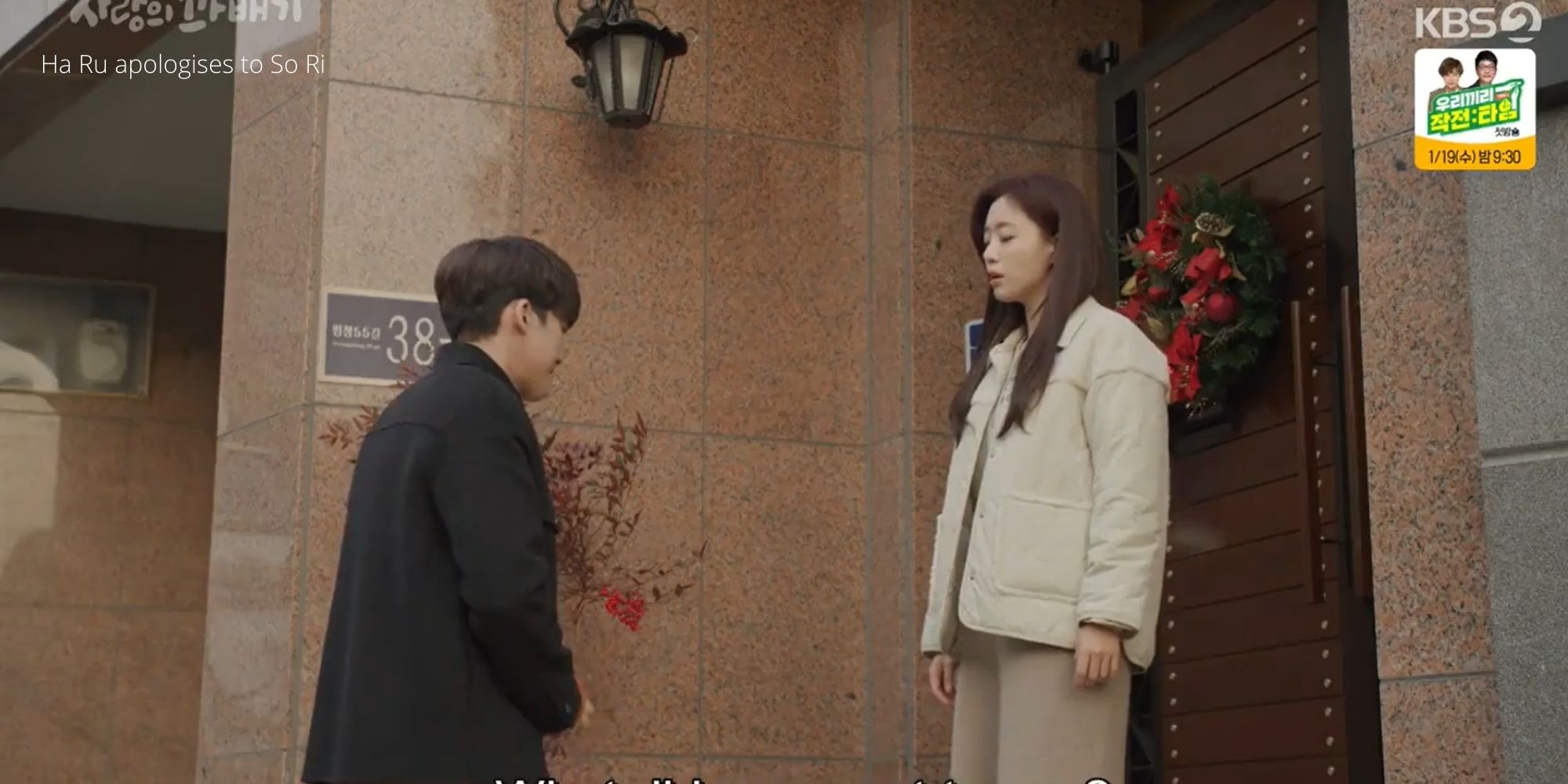 Ha Ru apologises to So Ri

Ha Ru is worried about So Ri, but the only thing he can do is trust Kyung Joon. He keeps calling him to find out how is So Ri doing? In ‘Love Twist’ Episode 29, Kyung Joon tells Ha Ru that So Ri is going to marry him, so he should take care of Yoon-ah. Ha Ru cannot believe his ears and decides to ask this directly to So Ri.

When she tells him that this is true and she will marry Kyung Joon, it breaks Ha Ru’s heart. He sits outside her house and cries. Later, Gwang Nam and Ok Hee have a fight about the conversation she had with Hee Ok. Kyung Joon keeps telling everyone that he is going to marry So Ri, but no one believes him. He decides to clear things up with Ha Ru but finds out that he and So Ri are brother and sister.

Till now, we have seen that So Ri finds out that Ha Ru and Yoon-ah slept together, and he is the father of her baby. This is the story they have been telling everyone. However, the truth is that Yoon-ah is knocked up by Ha Ru’s friend. Even so, Ha Ru promises to marry Yoon-ah and take care of her and her baby. Later, Kyung Joon desperately searched for So Ri as she is out on the beach trying to end her life. As she wakes up from her trauma, she decides to take revenge on everyone who hurt her. In order to do so, she needs someone on her side. So, So Ri asks Kyung Joon to marry her.

Later, Kyung Joon brings her back home, and Do-Hee sees them getting close. Everyone finds out that So Ri was going to die. This makes them very sad and anxious, and So Ri’s grandparents thank Kyung Joon for saving her. However, he asks them to get rid of Do-Hee as she is the one who helped So Ri run away. Also, she has a bad reputation at her clinic. 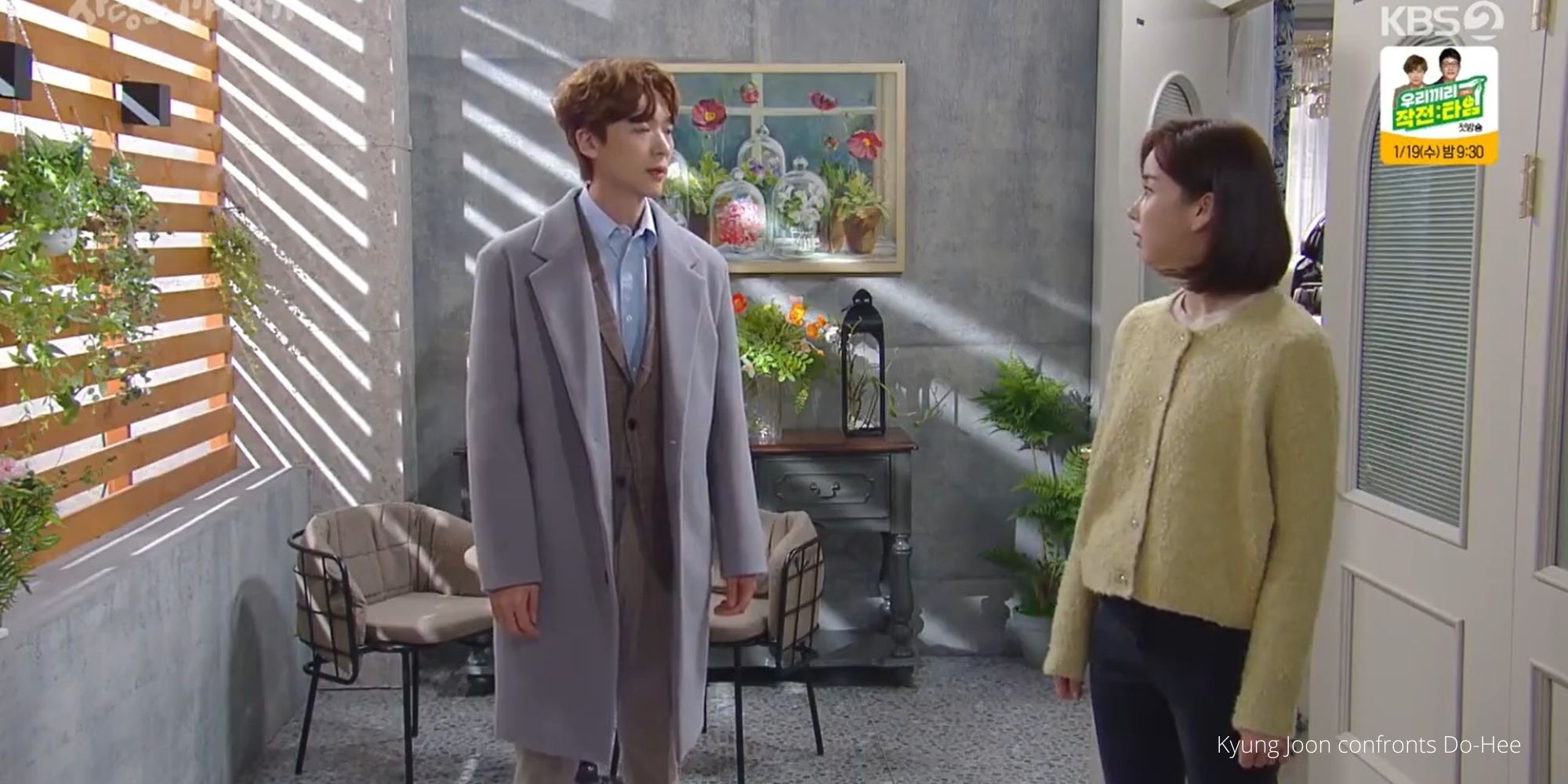 Ha Ru Finds Out So Ri Will Marry Kyung Joon

Do-Hee comes to So Ri’s room to give her an IV, and she gives a very suspicious look to Kyung Joon. As she keeps saying the wrong things about him, Kyung Joon tells her off. Then Ha Ru calls Kyung Joon to ask him about So Ri. Finally getting what he has always wanted, Kyung Joon boasts about So Ri’s decision to marry him. When Ha Ru hears this, he cannot believe his ears and asks Kyung Joon why would So Ri marry him? Later, he visits So Ri at her house to confirm the news. Unfortunately, So Ri tells him that she is going to marry Kyung Joon and she does not have to be drunk to it. After hearing this Ha Ru cries sitting outside So Ri’s house.

What To Expect In the Upcoming Episode?

Gwang Nam goes to Hee Ok’s place, and she tells him what Ok Hee said to her. They have a weird conversation about Gwang Nam. Ok Hee even said that he is so useless that no one would buy him even online. So she tells Hee Ok keep him as he is second-hand but still works. Also, she warns Hee Ok not to tell So Ri about Ha Ru’s father, and if she did she will have to pay for it. Finally, Gwang Nam has no place to go, but Hee Ok as it is the only place where he feels comfortable. 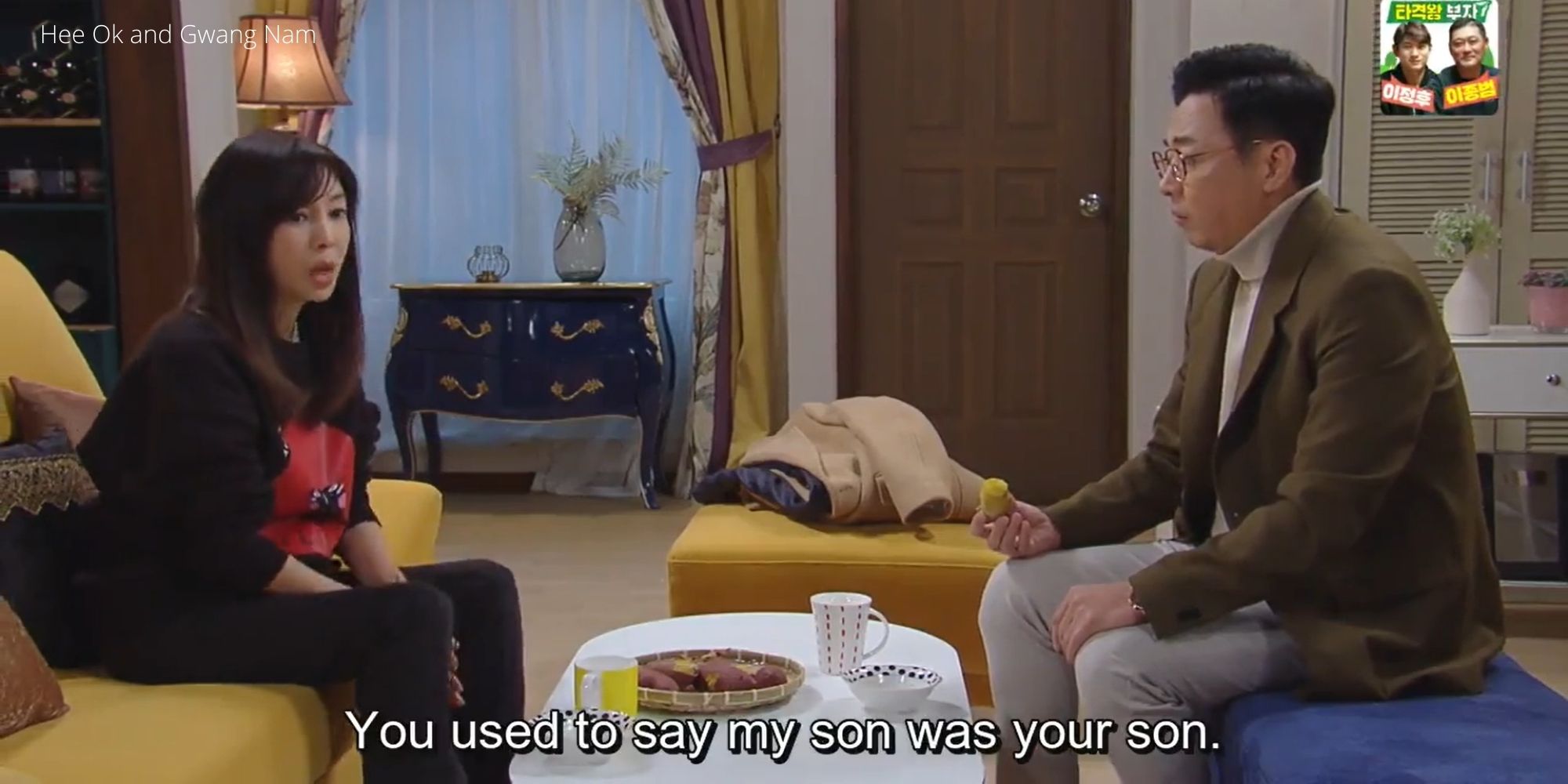 The ‘Love Twist’ episode 29 release date is 20th January 2021. After Do-Hee gets some alone time with So Ri, she tells her that Kyung Joon snitched on her. Also, the fact that she is materialistic and helped So Ri just for a designer bag. Later, when Gwang Nam returns home, he tries to avoid Ok Hee, but she tells him to act normal. When he asks her why did she give him away to Hee Ok she has no explanation.

Where To Watch ‘Love Twist’ Episode 29