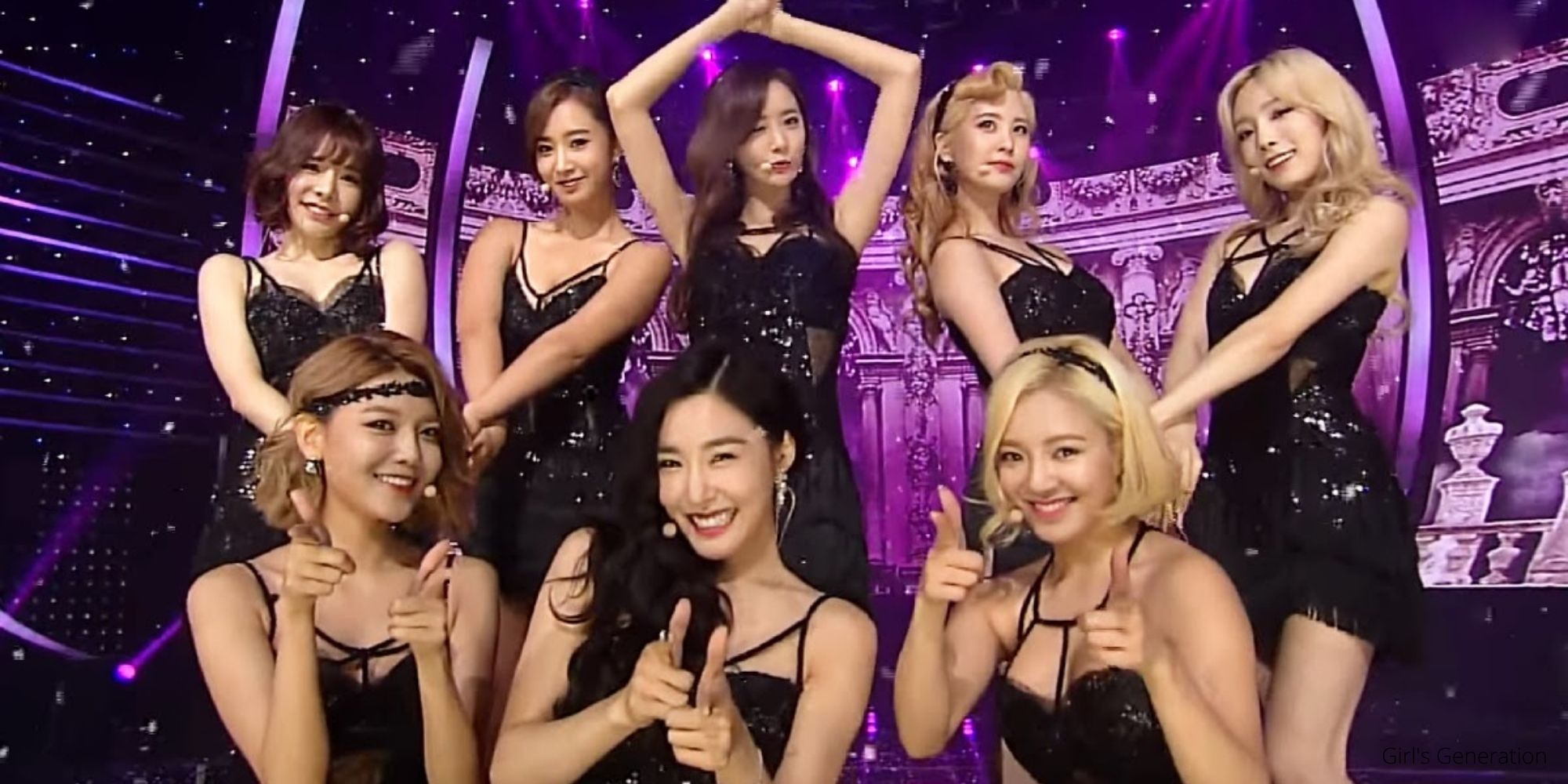 SNSD is also known as the ‘Girls Generation’ Kpop girls group. The group was formed by SM entertainment in 2007 and was active in the industry till 2017. However, the former superstars are ready to give the world their rocking side once again. The SNSD comeback is one of the news that is keeping fans up at night. Also, there is a good reason why we all should be excited about the ‘Girls’ Generation’s comeback. The girl group has produced unforgettable songs like ‘Gee,’ ‘I Got A Boy,’ ‘Tell Me Your Wish,’ and many more. The last song they released in 2017 was ‘Holiday Night’.

Even though the ‘Girls Generation’ has not been active for five years, their fans never forgot about them in the hopes they will come back someday. Finally, the SNSD comeback is confirmed to happen on the 15th Anniversary of the group. Moreover, the eight-member group has always shown the best examples of friendship and sisterhood. Before this, no one could believe that the ‘Girls Generation’ comeback was possible. This is because it seemed like they ended their career on a successful note. They are one of the few Kpop groups that have won the maximum awards in the music industry.

SNSD Comeback Is Confirmed On Their 15th Anniversary

The SNSD comeback is a big deal for many fans as they have grown up listing to the unforgettable melody. However, after the group’s last performance in 2017, no one expected to see ‘Girls’ Generation’ come back. In 2022, it will be the first time all eight members will be present together. SM Entertainment confirmed that the ‘Girls’ Generation’ group would release a new album in August 2022. This will be on the occasion of their 15th Anniversary. It cannot be confirmed yet what surprise the group beholds for us, but a ‘Girls’ Generation’s song can never disappoint anyone. 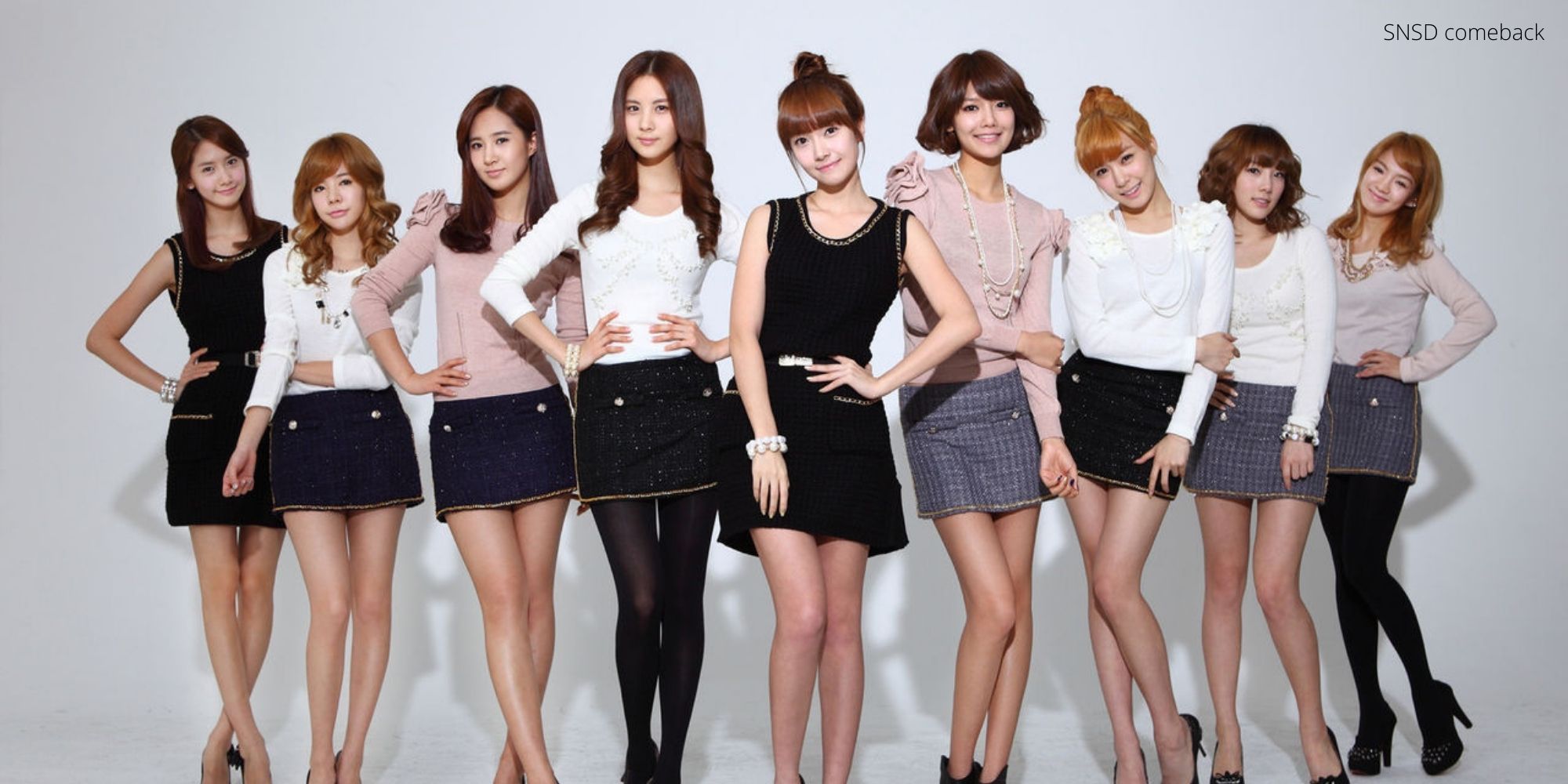 The good news continues as the members of the girl group will appear on many Tv shows to promote their event. This will freshen all the memories of the goddesses who will take once again take the stage soon. The SNSD comeback news opens new gates to possibilities of them again working on films together. However, the most anticipated question is if the SNSD comeback led to an epic stage concert like the ones performed in the past? Some of the best ‘Girls’ Generation’ concerts were ‘Karma Butterfly,’ ‘Catch Me If You Can,’ and ‘Divine’.

There was a phase from 2002 to 2007 where there was an influx in the popularity of the female Kpop idols because of the new coming male idols. However, after the ‘Girls’ Generation debuted in 2007, the focus was again turned to the female idols. Soon they became the most prominent figures in the Korean music industry. This is the reason fans are expecting SNSD’s comeback to be as good as the albums they released in the past. Some of the best songs of ‘Girls’ Generation’ are:

Gee is the song that turned the image of the ‘Girls’ Generation’ group, and they became the country’s favorite. They won many awards for this song, including ‘The Bugs music award,’ ‘Cyworld digital music award,’ ‘Golden disc awards,’ and many more. The ‘Girls’ Generation’s song ‘Gee’ soon came to be known as the song of the decade. This sets high expectations for the SNSD comeback.

One of the hits that the group released during their career was ‘I Got A Boy’. The ‘Girls’ Generation’ won the Gaon chart music award for this song. Moreover, this is not the only award bagged for the song ‘I Got A Bot’. The song still lives with the fans as it is one of the best hits by ‘Girls’ Generation’.

Finally, coming to another hit that aided in the ‘Girls’ Generation’ rising popularity is ‘The Boys’. All these songs ensure that the SNSD comeback is great news, and everyone should be excited about it. Even for this song, the girl group has won many awards and nominations.

Also Read: Most Talented Female K-pop Idols Who Were Born In The Month Of June!