What is the release date of Snowpiercer Season 3 in the United States, United Kingdom, and Australia? Firstly, if you’re not familiar with Snowpiercer, it is a post-apocalyptic fiction thriller. It was developed by Graeme Manson and Josh Friedman. And it stars Academy Award-winner Jennifer Connelly, and Tony Award-winner Daveed Diggs with Sean Bean, Katie McGuinness, Susan Park, and Lena Hall.

The series had to deal with many production issues and delays during its three-year development at TNT. This is owing to personal differences between the series’ production companies and the network. The series was stuck in development hell until May 2019, when it was revealed that it would air on TNT’s sister network TBS in the second quarter of 2020, and it had already been renegotiated for a second season. The decision to switch networks was reversed in September 2019. Now, without any further ado, let’s begin covering this season.

Josie shall continue to recover and starts displaying tolerance to cold temperatures comparable to Icy Bob, who Wilford has sabotaged Snowpiercer’s snow intake. Still, Icy Bob nearly dies as a result. With Bojan realizing that Wilford had betrayed him and the Breachmen. Bojan manages to fix the glitch and then defects to Layton’s side. However, the sabotage causes damage to Snowpiercer’s computer brain, forcing Layton to let Wilford into the Engine to fix it, something Layton tries to hide from the rest of the train. 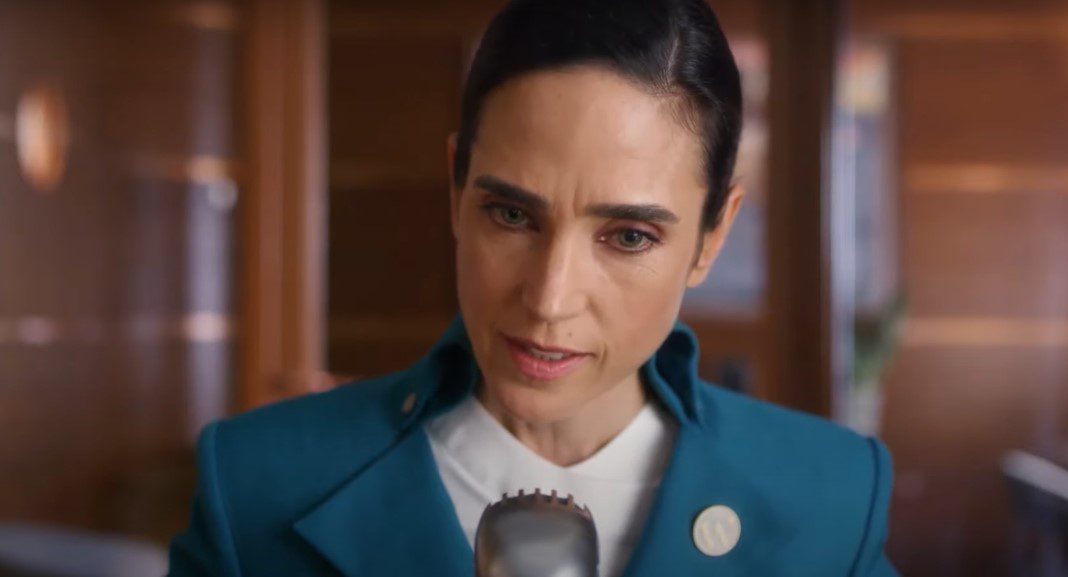 Despite Wilford’s repairs, complications arise due to Melanie’s modifications to the Engine. Forcing Wilford to restart the Engine, thus revealing his existence to the train. In the aftermath, Layton uses a flare to signal the Tail that things have gone badly before surrendering and being taken aboard Big Alice. In contrast, Roche, questioning his loyalty, is placed in the Drawers with his family on Big Alice. Finally, Wilford reclaims his seat in Snowpiercer’s Engine, pleased that he has effectively retaken control of the train.

Following Wilford’s seizure of Snowpiercer, Layton is compelled to work in Compost on Big Alice, while Javi works under guard in Big Alice’s Engine, and Bennett does the same on Snowpiercer. Wilford sets up a carnival on the train and begins scouting for people who can help him; to persuade Till to become his ethics advisor, Wilford personally executes the Breachmen’s killers and has the Headwoods put Josie’s new abilities to the test.

Alex, who has lost faith in Wilford, reveals that he killed half of Big Alice’s crew to save reserves and plans to do the same on Snowpiercer. After learning that Melanie has gone missing, Ruth turns on Wilford and is sent to Compost to work with Layton after refusing to return for her. Melanie sends Javi a transmission, which he hides from Wilford; Javi can send messages to Ruth and Layton, who start plotting their escape together. Sage to Layton and Ruth, who begin planning their getaway together.

With Alex’s help, Layton and Ruth manage to escape, infiltrate, and take control of the Engine. Javi coordinates with Bennett to return Melanie to her home as Bennett subdued and apprehends Sykes. Smuggled back to Snowpiercer, Layton, and Ruth, but the plan backfires when LJ discovers their deception and alerts Wilford. Javi is supposedly mauled to death by Wilford’s canine Jupiter, and Wilford can stop them from picking up Melanie. Alex proposes breaching the Aquarium car to create a ten-car pirate train, allowing them to return for Melanie and plan to save others away from Wilford’s control.

However, Zarah chooses to stay behind because she believes it will be safer for her, so Layton holds Audrey hostage. The Jackboots thwart Bojan’s attempt to disengage the cars. Still, Josie can destroy the Aquarium from the outside, successfully separating the train. Layton’s crew consists of Bennett, Till, Josie, Alex, and the captive Miss Audrey and Sykes. While Ruth is inadvertently left behind due to Kevin’s delay. The data reveal several areas of the Earth that are warming.

The data shows several areas of the Earth that are warming, while a final message from Melanie tells that she walked into the Freeze to die after exhausting all of her resources and ensuring that her data would survive to give humanity a future.

What Happened To Javi in Season 2?

In the final episode, Javi proves to be an unsung hero. Javi manages to maneuver the train onto the test track despite being outmanned and fearing for his life. Wilford is enraged by his betrayal and feels compelled to avenge himself. He lets his dog loose on Javi, mauling the engineer to death. Javi, on the other hand, is being taken away while still breathing. Javi’s sacrifice isn’t a death sentence. If we may say so, his sacrifice may lead him to a dark place, where Wilford tries to manipulate his victims into submission.

Wilford is well-known for his mastery of trauma bond formation, which he inflicts on his victims. This process gives him a psychological advantage over the other person, allowing him to emerge as the savior. We can assume that Javi will be taken to the Headwoods for treatment, where he will be tortured in the same way that Kevin and Audrey have been. Wilford is said to have taken a shine to Javi ever since he first visits the Snowpiercer’s engine, and his strange ways of affection may resurface in Javi’s case. 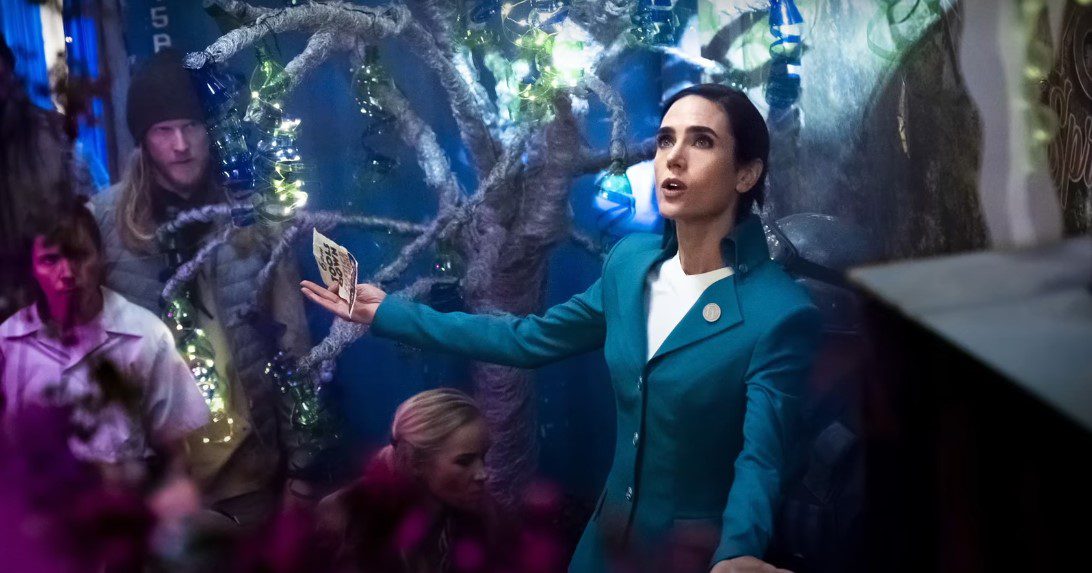 Also Read: Bad Buddy Season 2: Is The Thai Series Heading Towards A Renewal?

What Happened To Melanie In Season 2?

Layton and Alex are finally able to take control of the train by breaking it from the inside out. When they arrive at the weather station, they discover that Melanie’s data is still active. Alex’s mother, on the other hand, is nowhere to be found. Melanie can finally walk in peace after they discover a note stating that the data has been saved. This is the moment when a long-running rumor is finally put to rest.

Melanie saw the train race past her, emitting glaring sparks, in the episode ‘Many Miles from Snowpiercer.’ Her condition led us to believe it was a hallucination that turned out to be true — Snowpiercer does indeed pass Melanie, thanks to Wilford. The weather data depicts the locations on Earth that have begun to thaw. It’s unclear whether she’s alive or dead.

Melanie’s lack of a body could indicate that she is only alive because of her natural instinct, and the geothermal vent could be a clue to her existence. It will be interesting to see how Alex and Layton plan their next steps in their search for Melanie. In essence, the season finale gives a wide range of possibilities that will serve as a fitting conclusion to the Snowpiercer story.

Where to Watch Snowpiercer?

If you live in the United States, you can stream Snowpiercer from HBO Max, Sling, TNT, Spectrum, and DirecTV. Also, you can buy the show from Amazon Direct Video, Apple iTunes, Vudu, and Google Play. Secondly, if you live in Australia, the program is available on Netflix. Thirdly, if you live in the United Kingdom, the show is also available on Netflix. On this point, Netlfix is a globally available platform, and starting from US $9.99 you get access to a vast catalog that includes Snowpiercer as well as original movies, shows, and series.

How to Watch Snowpiercer Via Netflix in the United States?

If you live in the United States, have a Netflix subscription, and wish to watch Snowpiercer. You could bypass the geolocation issues by using a VPN and connecting to any nation outside the United States or Canada. Luckily, Netflix doesn’t brush constantly IP’s unlike other streaming platforms like Hulu or Disney+. So all you have to do is wait until Snowpiercer drops an episode on Netflix, connect to a VPN, and you’re all set!

Snowpiercer Season 3 was released on January 24, 2022, for the United States on TNT. The show was released on January 25, 2022, on a global scale outside the United States via Netflix at 03:00 hrs, Eastern Time, United States. The episodes by Snowpiercer Season 3 will drop in the US on Mondays and will start dropping on Netflix on Tuesdays early in the morning. With this, we conclude our coverage of this topic here at Otakukart. Thank you for reading our article. And please keep coming back to our website for more daily updates on all your favorite series, shows, and movies.