‘Snowdrop’ Will Be Releasing Three Episodes In 1 Week

Snowdrop - The popular Korean series will be releasing episode 3, 4, and 5 in one week. 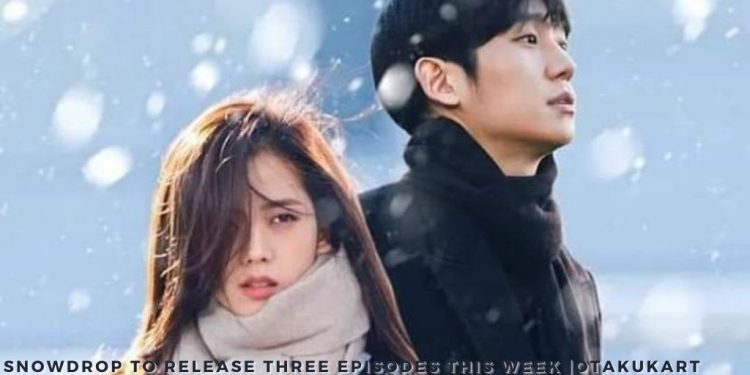 On the eve of Christmas, Snowdrop decides to drop an extra episode for its fans. Despite being one of the most awaited kdramas of this year. Snowdrop got surrounded by a fog of controversies right after its premiere. And when we say a fog of controversies, we mean a thick fog! Knetizens sent huge protest trucks all around South Korea to get people to sign a petition. What petition, you may ask? The infamous petition for the immediate cancellation of Snowdrop that more than 200,000 people signed within the first day. Snowdrop is in troubled waters because of its supposed incorrect portrayal of history.

Ever since it was revealed that the show was set up during the turbulent times of the Democratic Movement in 1987, many people immediately put the kdrama on their blacklist. Moreover, after its release, the series was accused of glorifying North Korean spies, which only ruffled everyone’s feathers even more.  With controversies piling up one after another and sponsors pulling out, JTBC finally released a statement. Additionally, the broadcasting network and the creators behind Snowdrop assured fans once again that the drama is in no way, shape, or form distorting history. To make sure that there aren’t any more misunderstandings, JTBC has taken a crucial step.

‘Snowdrop’ To Give Fans One Extra Episode This Week

To end all the speculations and calm fans down, JTBC has announced that it will be releasing one extra episode this week. With all the negative attention Snowdrop received after its first episode, the broadcasting network has decided to give Knetizens a chance to see what Snowdrop is really about. In its official statement, JTBC reasoned that just two episodes are not enough to judge the plot. And hence Snowdrop Episode 3, Snowdrop Episode 4, and Snowdrop Episode 5 will be released in the same week. Talk about an awesome Christmas present!

You can stream the series- Snowdrop exclusively on Disney+!

Where Is All Creatures Great And Small Season 2 Filmed? All Locations Revealed