Will JTBC have to drop 'Snowdrop'? Find out all why Blackpink Jisoo's debut drama is neck deep in trouble. 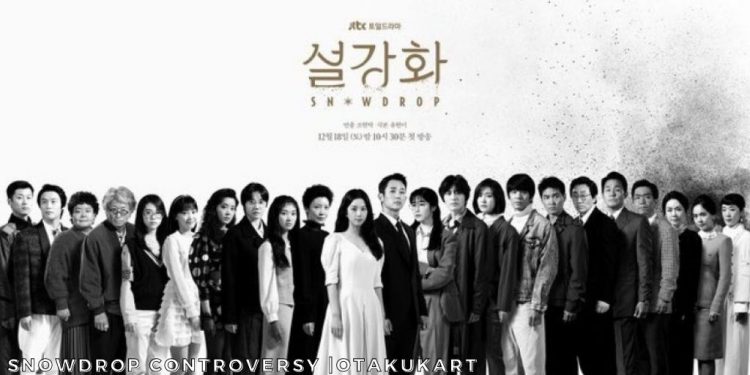 Fans around the world want to know why and how Snowdrop has been tangled in such a big controversy. Staying true to its name, Snowdrop has thousands of fans who were waiting religiously for this kdrama like it was the first drop of snow. Furthermore, this JTBC drama has always been in the trend due to it being Blackpink’s member Jisoo‘s debut drama as a lead actress. With talented actors like Jung Hae In (Something In The Rain, One Spring Night), Yoo In Na (Touch Your Heart, The Spies Who Loved Me), Jang Seung Jo (The Good Detective, Familiar Wife), Kim Hye Yoon ( Secret Royal Inspector and Joy, Sky Castle), Yoon Se Ah (Melting Me Softly, Sky Castle), and the incredible Jung Yoo Jin ( Romance Is A Bonus Book, Catch the Ghost).

And a screenplay by Yoo Hyun Mi (SKY Castle, The Bridal Mask) that has been twelve years into making, Snowdrop was bound to be a success. However, soon after its premiere on 18th December, a whopping 200,000 people have sent a petition to the Blue House for the cancellation of this kdrama. What makes this star-studded show ‘Snowdrop’ so controversial? Is the hate that this kdrama is receiving justified? Keep on reading to find out everything about the Snowdrop controversy.

This Jung Hae In starrer kdrama is set up during the 1987 Democratic Movement in South Korea, which not only has massive significance in the democratic government that South Korea is today. But also in the daily lives of the numerous people whose family and friends were accused of being North Korean spies at that time. When JTBC announced that Snowdrop would be based around the political unrest during 1987, many people had a bone to pick with the network. This was the very first red flag that the locals noticed. However, the creators and the producing team assured fans that although Snowdrop was set up during those troublesome times, they have been very wary of distortion in history. The statement did calm the storm enough for Snowdrop to release smoothly.

Although, what went on after the premiere of Snowdrop was anything but smooth. To be exact, with the premiere, the controversy of Snowdrop was brought to light again. Families who were wrongfully accused during that time started raising their voices. The problem lies in how the creators have glorified the idea of a North Korean spy through Jung Hae In’s character. Right after the character description was released, citizens demanded a change. A North Korean spy being able to flee while in reality innocent activists were wrongfully accused of spying understandably ruffled a lot of feathers.

Besides the political backdrop and Jung Hae In’s character, another red flag in the drama is how it uses historical songs that represent the courage of those who fought for a democratic nation while a North Korean spy escapes the authorities. Unfortunately, Snowdrop is hurting the sentiments of the public.

The Kdrama Loses One Of Its Most Important Sponsorships

In the great rage of the controversy of Snowdrop, one of its greatest producers P&J Group withdrew its sponsorship. Due to this, the JTBC drama could go through a lot of damage. The company apologized to the citizens by saying that after being reassured by the staff they didn’t think of looking further into the story. Also, the sole reason they invested in the drama was that they thought it would have a great advertising effect. They say that after withdrawing their sponsorship, they have made sure to remove their name from the third episode.

Not only P&J Group, Teazen, Dopyoungyo, GANISONG, Ssarijai, and Hans Plus, are Snowdrop’s major sponsors who have withdrawn their sponsorships and have also issued an apology. Petitions and withdrawing of sponsorships, we are familiar with where this route will lead to. Will Snowdrop, the most awaited kdrama of 2021, be canceled? If the creators do not make a major change in the storyline, the harsh truth is that Snowdrop’s controversies are surely going to get the kdrama canceled.

‘Chimera’ Season 2: Will Joong Yeop & Jae Hwan Ever Catch Up For A Drink?