Snoop Dogg And Martha Stewart Dating, Are The Celebrity Chef And The Rapper Dating In 2021? 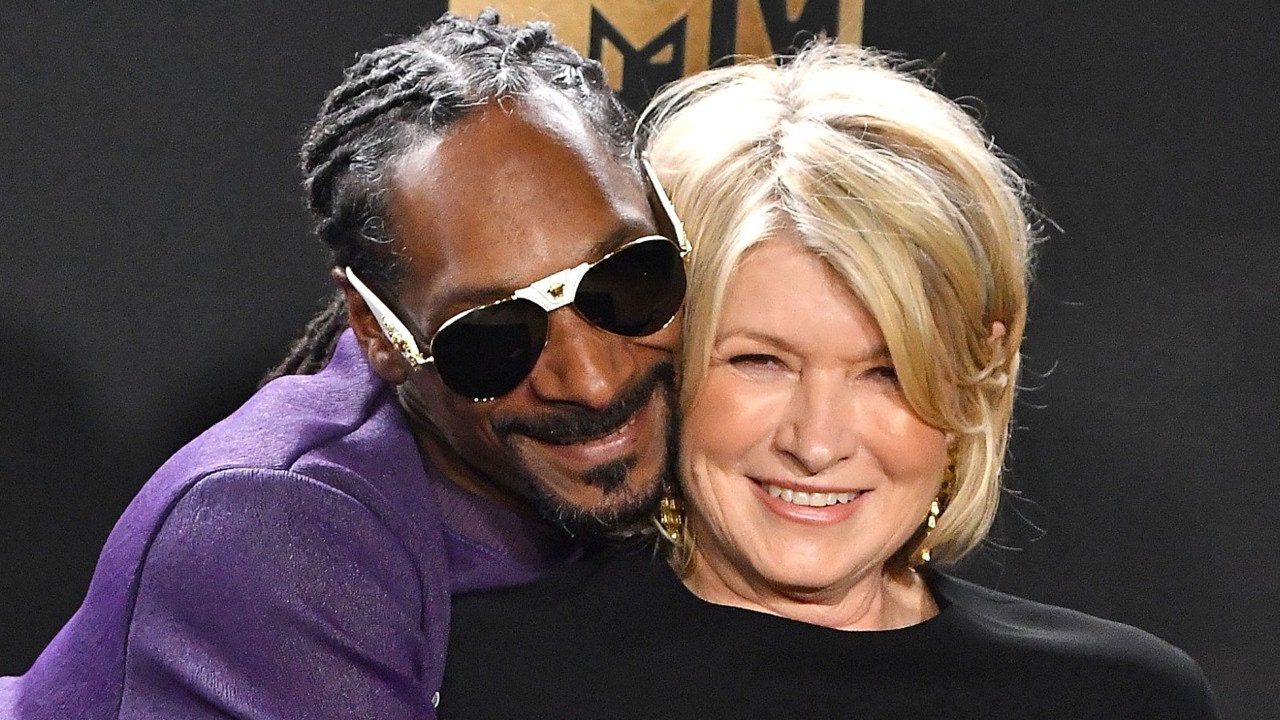 Are Snoop Dogg and Martha Stewart dating? One of the odd pairs becomes the center of attention whenever they go out together. The popular celebrity roaster and the famous television personality are an imperfectly perfect odd duo that everyone loves. The pair knows each other for almost fifteen years. They are not only friends but also business partners. The two have worked together on numerous shows such as The Martha Stewart Show, Martha & Snoop Potluck Dinner Party, etc. Finding your soulmate does not always mean they will be your lovers. And that is the case for Snoop and Martha. They are a match made for each other, or we can even say they are soulmates.

Martha Stewart is one of those celebrities who initiated and presented an opportunity for rappers to go on daytime television shows. Before, most of the producers used to hesitate to invite rappers, but that all changed with Martha. She invited the “Drop It Like It’s Hot” Rapper Snoop Dogg on her cooking show called The Martha Steward Show. Their initial, mere acquaintance changed into a long-lasting friendship. This oddly matched duo has won millions of hearts. Many fans are hoping for them to be together. However, is it really possible for them to date each other? Will their wonderful friendship blossom into a newfound love?

Read Also: Leah Messer Boyfriend: Who is the TV Personality Dating in 2021?

Snoop Dogg and Martha Stewart are not dating. They are just good friends and successful business partners. Their admirable friendship started back in 2008. For the first time, Dogg and Stewart met on the set of The Martha Stewart Show in 2008. Back then, they never had thought they would turn out to be best friends, everyone wishes for. Snoop has also admitted Martha established their friendship and their entire business partnership. The pair never fail to show appreciation towards their friendship on-screen.

Martha again invited Snoop on her cooking show in 2019, and that was the turning point of their relationship. The odd chemistry of opposite nature, age gap, and perfectly blending their different lifestyle on the camera made fans gushing over them. The thing that kicked their friendship to the next level was the Comedy Central Roast of Justine Bieber. During the show, both played excellent work of roasting Justine Bieber. Snoop even praised Martha, stating she was the show stealer and hilarious. At that time, he knew he wanted to be this lady for the rest of his life. However, do not get fooled by their choice of words.

Many times the pair were asked about their relationship nature, and every time they answered that they were just good friends. Therefore, fans need to believe that the two are purely in a platonic relationship and treasure the beautiful friendship they formed over a long period. However, that is not the end. The pair has even ventured into business together, and now they are successful business partners. They are opening their new leafy company and collaborating a cannabis line with Canopy Growth Inc, invested by Snoop Dogg. The pair is also promoting the BIC Lighter.

Whether it is on-screen chemistry or off-screen business relationship, Snoop and Martha are only good friends, or we should say best friends. Their odd nature friendship is admired by everyone. The pair have been supporting each other like Martha even promoted the “19 Crimes Wine” brand owned by Snoop. The two have been appearing on various shows and commercials, even written a book and a spoof on Ghost and Titanic. Both have been very clear about their platonic bond and always cherish their friendship. There is no possibility of turning their relationship into a romantic one since Snoop Dogg is a married man.

As we mentioned, Snoop Dogg is a married man; he married his high school sweetheart, Shante Broadus, a film producer and entrepreneur. The couple married in June 1997 and has three children. They divorced in 2004. However, four years later, the pair renewed and reunited their wedding vows in 2008. He has a son from his relationship with Laurie Helmond.

On the other hand, Martha Stewart was once married to Andrew Stewart from 1961 to 1990, and together they had a daughter named Alexis. Regardless of their relationship status, Snoop and Martha have become great friends who support and stay with each other through various ups and downs, and that is the charm of their beautiful friendship.

Read Also: Mitch Larkin Girlfriend: Who is the Athlete Dating in 2021?

Mandy Season 2: Everything To Know About The Show