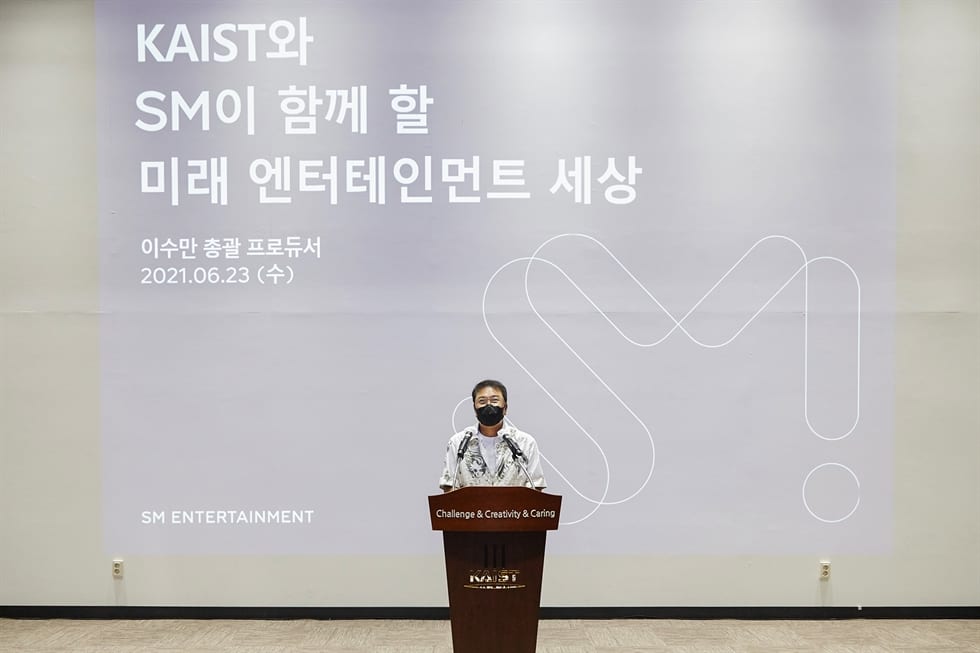 If you don’t know, KAIST stands for Korea Advanced Institute of Science and Technology. It is South Korea’s top science university. On Thursday, it announced that they would be working together with the Kpop powerhouse label to research digital avatars for virtual concerts. Thus, it is done in an effort to boost development in metaverse technology. Undoubtedly, Kpop is amazing. Also, we can’t deny that South Korea is a leading nation when it comes to technology.

The new venture involving Artificial Intelligence (AI) will be the first in the Kpop industry. Moreover, they will work in the field of robotics and culture technology while producing digital avatars.

The Kpop lovers are super excited for the new world to witness. But, what do SM and KAIST have to say about their new project?

SM Entertainment and KAIST Signs an MOU For Research Into “Metaverse”

SM Entertainment and KAIST have signed an MOU (memorandum of understanding) to conduct research for “Metaverse.” While we have explained what the research will be about. Let’s find why the organization and the management label initiated the project.

On Wednesday, SM’s founder- Lee Soo Man, and CEO- Lee Sung Soo, joined the MOU signing event with KAIST president Lee Kwang-Hyung. The event took place at the university campus in Daejeon. Lee Kwang Ho shared at the event that he wishes the partnering of SM’s cultural imagination and KAIST’s technological advancement will bring fruitful results. Moreover, it will contribute to the growth of Entertainment and Engineering technology of the nation.

Meanwhile, Lee Soo Man, a pioneer in the Kpop industry, also delivered a meaningful message at the event. He said ever since he commenced SM Entertainment (1989), his motto has been the same –  ‘Culture first, Economy next.’ “I have been striving to make Hallyu (Korean Wave) a persistent global phenomenon that can help accumulate national wealth,” he added. 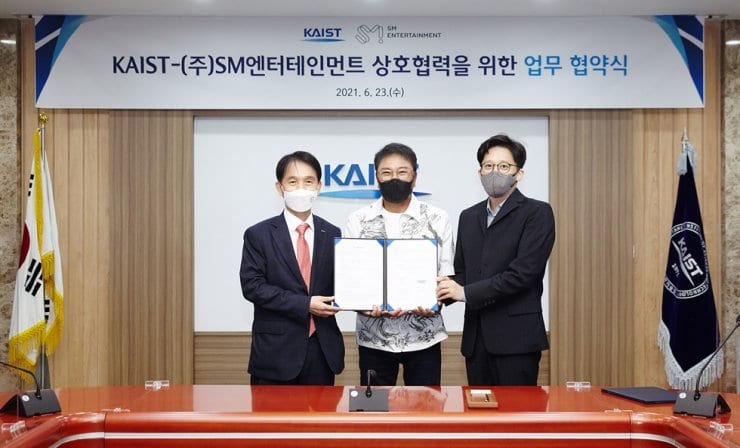 Sm Entertainment and KAIST signed an MOU on Wednesday.

In addition to this, he also said that he believes digital avatars have helped in the era of robots. As for SM, he said that they already have AESPA- a girl group SM launched last year- who have digital avatars for each member.

This is definitely an exciting plan,w which will be executed soon. The new digital effort by the companies will help users adapt to digital technology during the pandemic. Zepeto, a metaverse platform under Naver Z. Corp collaborated with BLACKPINK (YG Entertainment) last year. They allowed the users to virtually meet the four members of the girl group. Reportedly, Zapeto has 200 million users globally as of February.

SM’s Dreams With The Metaverse Project

During the signing event with KAIST, SM founder Lee Soo Man discussed his dream with students at the university. He said that at SM, they dream of creating a universe where different stories will be told via cartoons, animations, webtoons, motion graphics, avatars, and novels.  When this happens, it will surely give more access to Kpop fans to engage with their idols and favorite Kpop groups. 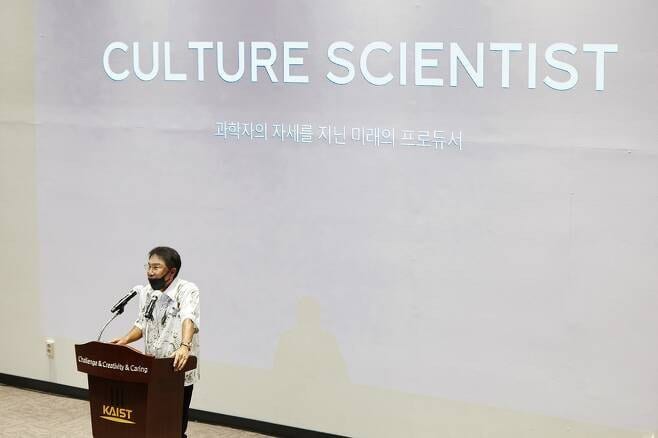 In the end, he said that culture and science should join hands to create content that will be beyond our imagination. “So I believe music producers of the future have to be culture scientists, and I expect to see many pioneers from SM and KAIST,” Lee Soo Man wrapped up his speech.

SM Entertainment is a house to some of the biggest Kpop groups, including Girl’s Generation, EXO, SuperM, NCT, SHINee, WayV, Red Velvet, Super Junior, and many more.

SM is currently engaged in many other projects. The label has also joined hands with JYP to create a platform for fans to interact with their idols. Read about it here.