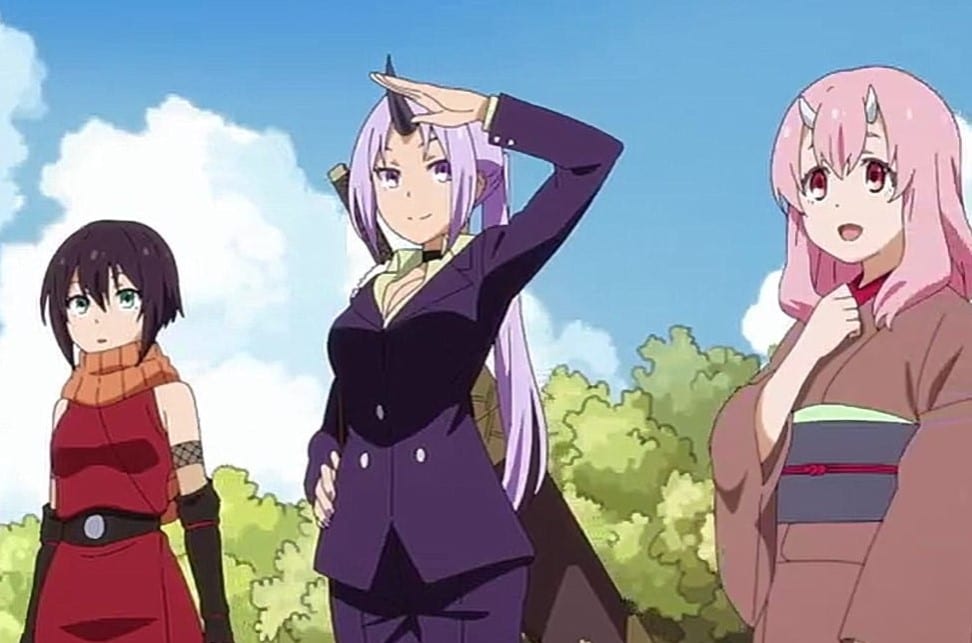 Rimuru is relaxing with Millimi and realizes that it is Autumn when he sees the leaves falling from the trees. He talks about the Autumn season with Millimi. Rimuru comments that Tempest sees clear skies and stout Demon Lords. The next day Rimuru heads out with Rigur. They later arrive at the farm and look at the vegetation. Rimuru told the monster nation to harvest their crops together. He wanted to reveal their special guest, but he got interrupted by one of the monsters. The episode is titled a Fruitful Autumn.

The Jura Tempest nation enjoys harvesting the crops, and the woman’s leader of the green goblins told her crew that their goal is to complete four blocks by noon. She shows them their daily working schedule and the amount of the crops they have to collect until sundown. Rigur comments that they should have no trouble finishing by tonight. Rimuru realizes that Ririna, the Goblin Lord, is their production supervisor. Ririna is a quick thinker and a hard worker. She notices that Gobta is slacking with other boys and sung them a lazy song.

Ririna told the boys that they must not even think about disgracing themselves before Great Rimuru’s presence. Gobta and the rest of the boys headed to their section and started working. Rigur comments that Ririna will never change, and Rimuru comments that Ririna is so competent. Meanwhile, Shion challenged Lady Millimi on who will collect more crops. Shion told Millimi that she wouldn’t show mercy on this day. Millimi replies that it is big words coming from One Horn.

Millimi comments that defeat is not in her dictionary as the greatest among the Ten Great Demon Lords. Shion shouts that Millimi can allow her to show why they call her a Legend. Rimuru notices that is how the two want to work. Meanwhile, Dryad is working nearby, and Rigur decided to help her digging up potatoes. He comments that he cannot allow Dryad to lower her status by digging up potatoes. Dryad told Rigur that she would be okay, and Dryads are born from potatoes. 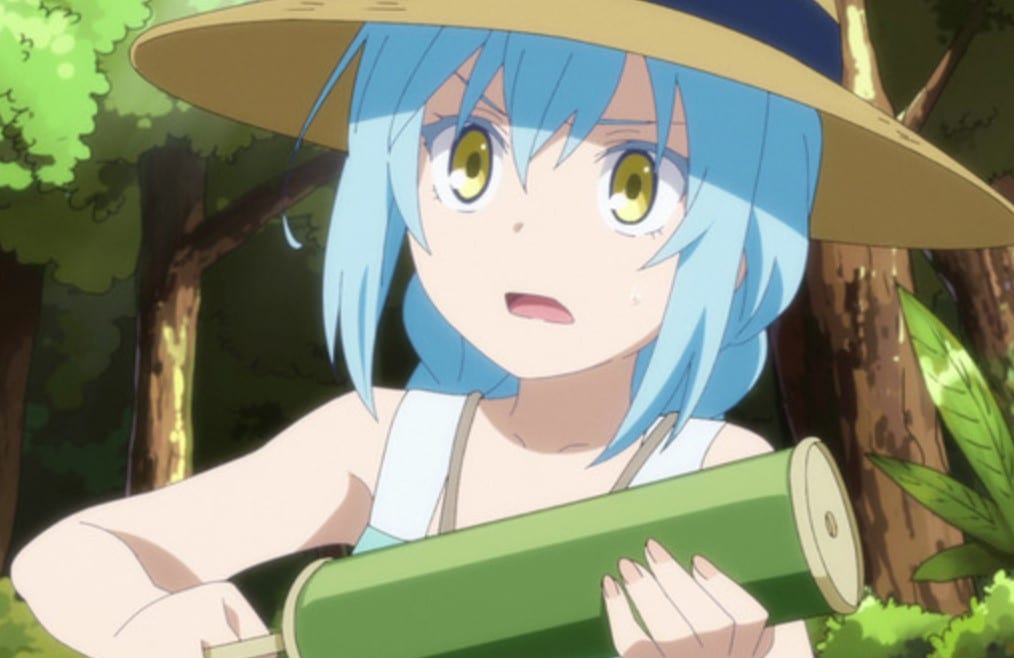 A girl that is nearby comments that Dryad is a cannibal. Rimuru enjoys cutting rice with other monsters. Gabiru sang a song for harvesting rice. He feels like harvesting crops is like committing murder. Meanwhile, Master Soei is training with his student deep in the forest. The student got defeated in combat training, and a basket of chestnuts fell on top of her head. On the other side, the expedition team has returned with provisions. Gobta and the boys are exhausted after filling more than ten baskets of fruits.

Rimuru praises the boys that they have done a great job. Shuna is impressed by the harvest boys made. Benimaru and the goblin guy comment that they couldn’t do it without the help of the Star Wolves’ knee noses. Rimuru spots something that he loves the most and praises the shape, color, and aroma; then he comments that it is the incredibly rare matsutake, and they have so many of them. Gobta ruins Rimuru’s moment and comments that matsutake grows everywhere and they are not rare.

Benimaru adds that the matsutake won’t even taste good and told Rimuru to take as much as he likes. Rimuru thinks that the boys are bluffing and they are missing an authentic taste. He hesitates to eat his food, and the monsters praise the flavors of the other fruits. The Digging up Sweet Potato contest is about to conclude, but the contestant is exhausted. Later the battle ended with a draw, and Rimuru suggests making their first roasted sweet potatoes. The Fruitful Autumn harvesting festival culminated spectacularly.

Slime Diaries Episode 9 will release on Tuesday, 1 June 2021, at 11:00 PM JST. You can officially watch Slime Diaries online on Crunchyroll.