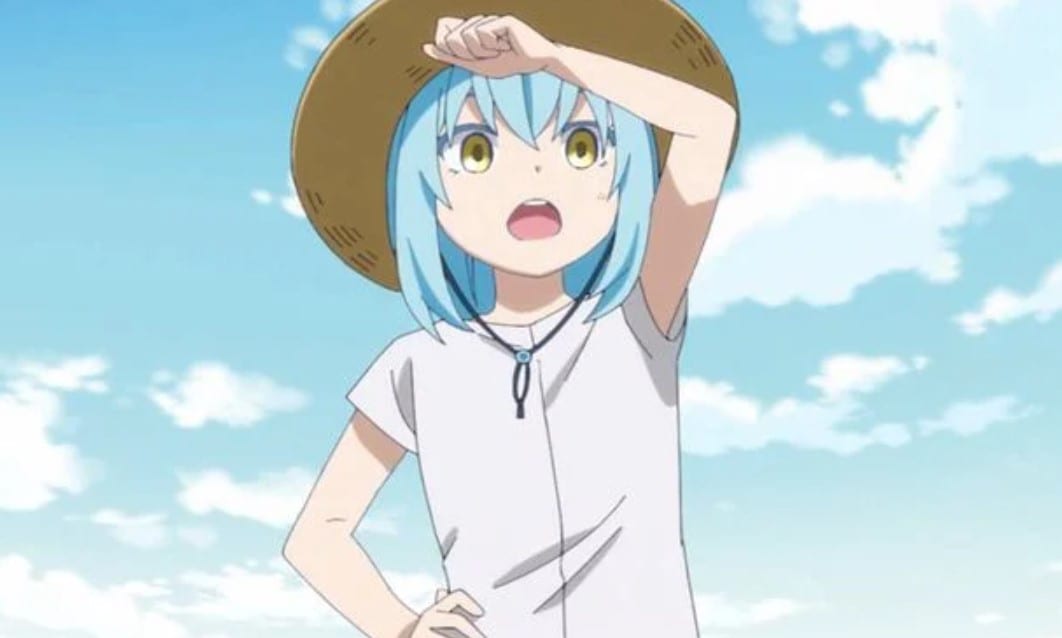 Shizue Izawa has introduced herself to the Jura Tempest. She is standing at the top of the hill of Jura Forest. She reveals that she has come back for the Bon Festival. Izawa walks through the town and wonders how slime is doing. She heads toward the mansion where Rimuru is and notices that this tiny town is filled with many monsters. The goblin girls were surprised when they saw Izawa passing through other monsters’ bodies like a ghost. Izawa realizes that Rimuru is living in a form that resembles hers.

She heard the voice of someone screaming, wearing heels, a swimming suit, and fluffy rabbit ears on top of his head. Izawa looks behind and finds that it is Slime-san (Rimuru). He shouts with a ladies’ voice, saying, why is it always like this. The green goblins comment that the clothes look nice on Great Rimuru. Izawa wonders why Slime-san is wearing woman costumes. Shion and Shuna chase Rimuru with more woman outfits for him to try on. Izawa realizes that the two won’t let Slime-san had a break.

The episode is titled Changes; in the morning, Rimuru turns into his slime form and invites all the monsters of Jura Tempest. He reveals that tomorrow and the next day will be a holiday called the Bon Festival. Gobta wonders what a Bon Festival is. Rimuru reveals that Bon Festival is a day to give thanks to their ancestors and confirm their bonds with their families and clans.  He also told his nation that their town has no history of its own, but everyone living here has histories.

The bearded monster comments that Rimuru is telling the truth. Rimuru says that they should have a party with their own kin to talk about their people’s origins once a year. Bon Festival is also meant for them to tell stories of the past with their families and siblings. Rimuru told the nation that they might be different races, but the whole town is a family.

He told them that they can pass it to the next generation when they know about their history. That would help them deepen their bonds with everyone they know. The Tempest Nation got impressed by Rimuru speech and realizes what a true leader he is. The nation cheers and comments that it is a good idea to celebrate Bon Festival. Gobta asks Rimuru what does Bon means. Rimuru comments that he doesn’t know, but it was a good question. 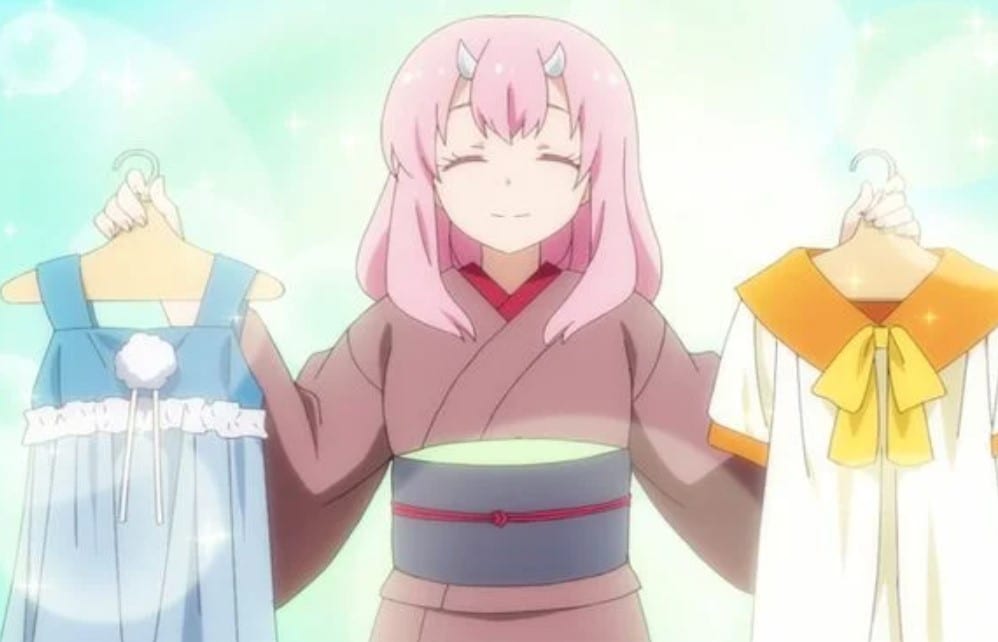 He realizes that the questionings from Gobta won’t end and said he knows. He reveals that Bon is something about putting tons of food on your plate and have fun. The Tempest nation shouts that they love it, and it is clear. They complement Rimuru that he is the best. The Great Sage communicates with Rimuru and reveals that the Bon Festival is a period in July when the ghosts of-, but Rimuru told the Great Sage that they must not make it complicated Tempest Nation.

He kicks the idea of the Great Sage away and sticks to what he explained to the Tempest nation. Later Rimuru walks around the Tempest with Shion showing him different new kinds of stuff. Rimuru got a new house, and he finds it relaxing. Shuna thinks that the new house is too small for Rimuru to fit in. Rimuru realizes that this house will be useful in his slime form. He realizes that the house is like the cheap apartment he lived in when he first move to Tokyo. He had a flashback of his past when he was once a human.

Rimuru realizes that deep inside, he hasn’t changed at all. He realizes that he won’t forget where he came from. Shion notices that Rimuru is in another world, and she asks him why he is making a sad face. Later Rimuru met with one of the monsters, and they talked about how they met. In the morning, he talked alone infront of his face mask. He realizes that this mask has helped him a lot.

Slime Diaries Episode 7 will release on Tuesday, 18 May 2021, at 11:00 PM JST. You can officially watch Slime Diaries online on Crunchyroll.