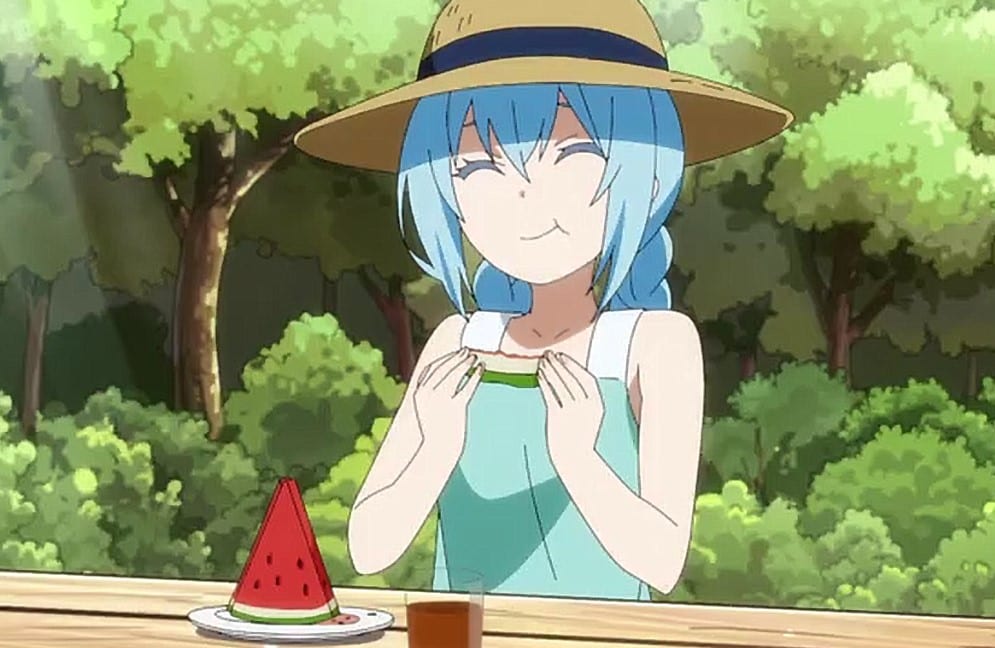 In the morning, Rimuru watches his nation at the edge of the cliff. He realizes that the season changed and summer has arrived in Tempest. He is glad that his nation’s success is progressing. Later he headed back and met with Shuna watering the sunflower and comments that it is summery. Shuna replies that she has planted the sunflower as Rimuru has suggested. Rimuru is excited that it is a Pseudo sunflower, and he is enjoying the view. He enjoys drinking cola while relaxing behind the sunflower.

But he has noticed something. Rimuru thinks that the sunflower is alive, or he might be daydreaming. When he looks away, the sunflower changes its direction and faces him. But when he looks at it faces the sunlight, and he has seen a shadow to show that the sunflower has moved. The flower ends up glaring at him directly, and he comments that he is being watched. Later he headed out and met with Rigur and notice that summer is also affecting Rigur.

He asks Rigur if he is feeling hot and Rigur replies that he has never experienced a summer like this one before. Rimuru wonders if the environment has changed due to the cutting of trees. Rigur replies that it is because of the disappearance of the dragon. Rigur doesn’t want Rimuru to take the blame for the change in the environment. He realizes that Rimuru is the one who approves decisions, and he has allowed people to cut trees. Rigurd doesn’t want Rimuru to blame himself for allowing people to cut trees, and they are now feeling hot.

He bows down and comments that this is the work of gods. Rigur told Rimuru not to take the blame since he is not the one who caused this. He also told him to accept that it was a storm dragon and be fine with it. Rimuru realizes that Rigur is accusing Veldora, and he replies that there is nothing they can do about Veldora. Rimuru realizes that the first day he met Veldora, he was shocked and scared. He has never met a scary dragon-like Veldora before. But that day, everything changed, and he befriends Veldora after saving him.

That day, Rimuru ate Veldora and sent him to the world where he is free and enjoys being with his likes. Veldora communicated with Rimuru and told him not to worry; he enjoyed playing cards with other dragons in the underworld. Veldora was glad that he was sent to a world where he enjoys being with his likes. In the present day, Shuna and Shion are working over something, and Rimuru communicates with Great Sage. He asks the Great Sage to get him info on the effects of deforestation on the environment. 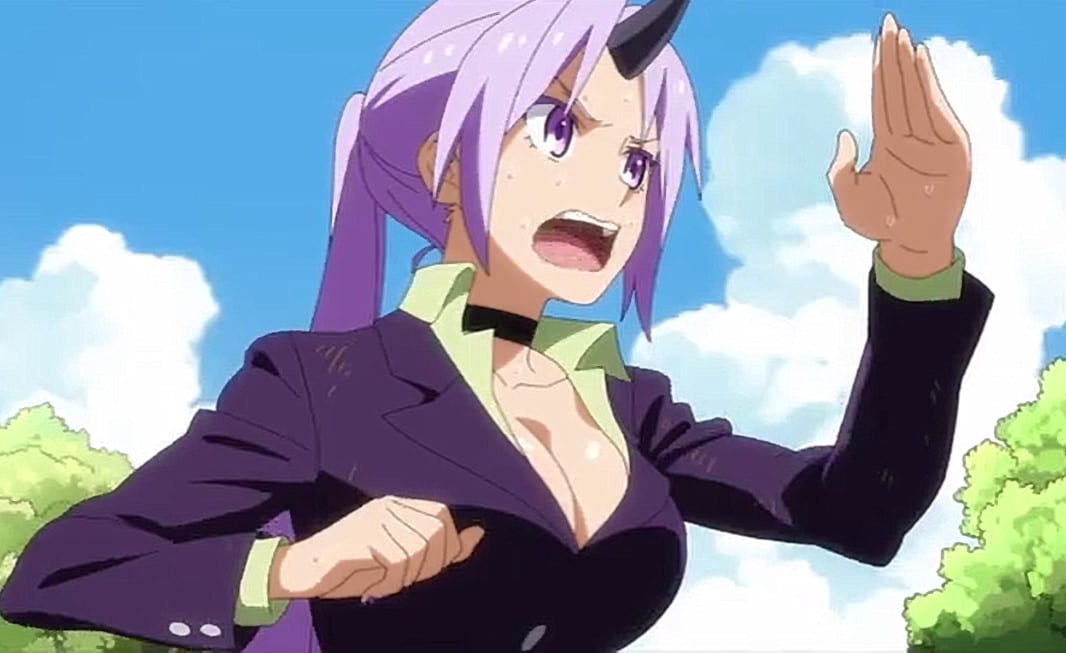 Rimuru asks Shuna and Shion if they are not feeling hot in those outfits. Shion replies that she is used to it since it is summer, but Shuna is sweating. Shuna comments that she holds an official title, all the time, she must carry herself in a way that would not bring shame upon her. Meaning that she doesn’t have to wear those summer outfits that make her look likes she is backed.

She is also wearing long clothes like pajamas. It is her traditional clothes, and she vows not to put disgrace on her culture by wearing something else that would look like she is going to swim on a beach. Rimuru told the two that they must not work hard and they must relax. Shion comments that she will get too hot and look too hot and sexy if she takes off her outfit.

Shuna notices that Shion is showing off her chest, and she pushed him to another room. She told Rimuru to excuse them for a moment, and she doesn’t want Great Rimuru to see Shion’s chest. Rimuru is not aware and wonders what the two are doing. Later Shiona wrestles with Ranga, who accuses her of seducing Rimuru. Rimuru thinks wrestling in heat is fun, and he should pair up the two. He decided to go on a summer vacation with them to cool their body off.

Slime Diaries Episode 4 will release on Tuesday, 27 April 2021, at 11:00 PM JST. You can officially watch Slime Diaries online on Crunchyroll. Please watch the video understand what Slime Diaries is all about below.

Find how Rimuru coexists with his nation at the Jura Tempest here on Spoilers & Preview: Slime Diaries Episode 3.