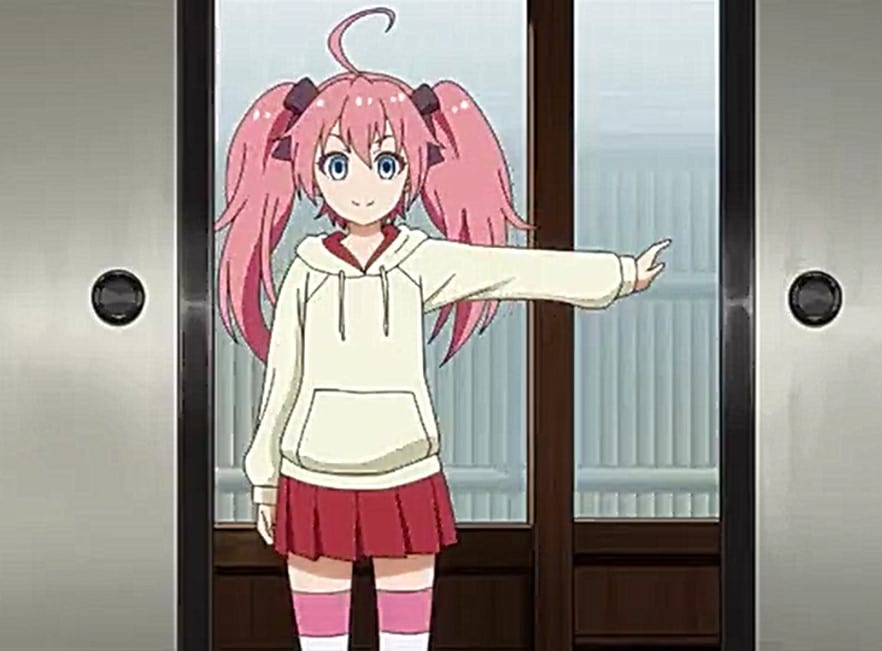 Today we’ll be talking about Slime Diaries Episode 10. The Sweet Potato Digging Contest ended with a draw. In the morning, Demon Lord Millimi wakes up and prepares her room. But Milimi is disappointed that on top of her table there are only oranges. She wonders which Demon Lord enjoys eating oranges only. One month has passed after the harvest season of Autum. Rimuru realizes that the season changes in a blink of an eye, and the Jura Tempest prepares to greet the winter.  Only two episodes left to conclude the episode finale of  Slime Diaries.

Rimuru, Shuna, and Shion talked about the preparation for the winter. He realizes that this winter will be the coldest. Rimuru shows the girl a new coat that he made for himself, and the girls are impressed that Rimuru will hit winter with a warm jacket and enters it in style. He praises his clothes, and Millimi comments that Rimuru is naked in his slime form. Millimi wonders how Rimuru will survive in winter when he turns into a slime form. Rimuru got shocked and wonders if the monster nation thinks he is naked in his slime form.

Rimuru walks through the Tempest nation, trying to find if the monster nation will recognize that when he is in his slime form, they will say he is naked. During his travel, Rimuru met with a green goblin who praises him for his greatness. Rimuru wonders if the goblin will be like, ”ooh, your naked! Great Rimuru.” But the Gobling thinks that when Rimuru is in his slime form, his clothes look like his skin. Rimuru whispers that Millimi was right and he is naked. He realizes that he is strutting around in his birthday suit.

The monster nation continues to greet Rimuru while calling him Great Rimuru. But he thinks that they have noticed that he is naked. Rimuru feels respected when the monsters welcome him. He realizes that it is not the time to be shy, and he has to assemble everyone to the station. Later Gobta, Gobza, and the other two guards met with the Great Rimuru.

Gobta felt like bursting into a laugh when he sees Bennimaru as their new mascot. He notices that Benimaru looks like nothing like the Benimaru in the picture near him. Rimuru taught them the word that they have to say during patrolling. Gobta and the other members started chanting, ”be careful of fire.” Benimaru thinks that this is weird, and he can’t dress like a crazy person. The poster’s written let’s burn, and the sign is eye-catching, but Benimaru looks like  ”Joker.” 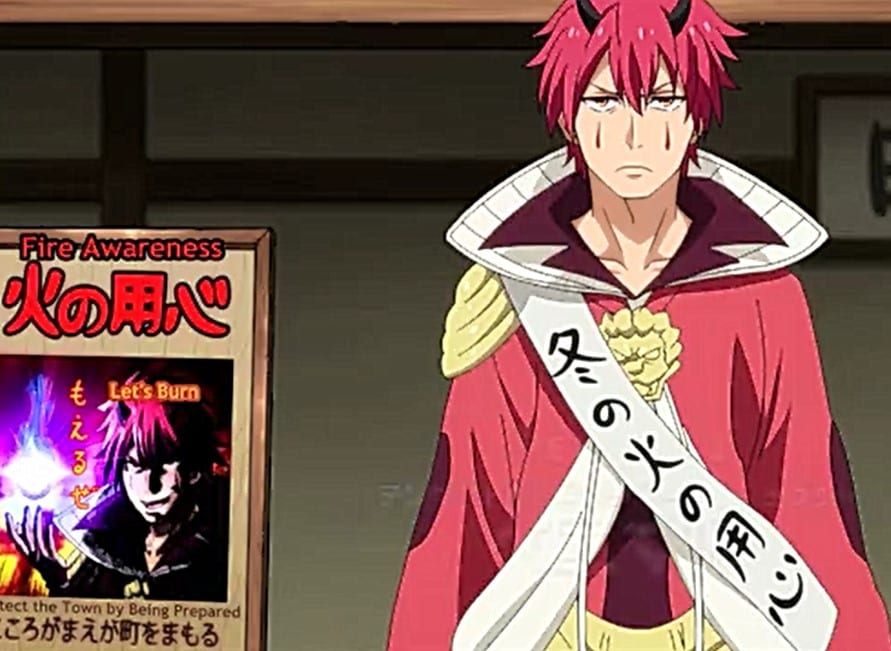 Meanwhile, at the Healing Potion Research Lab, the scientist is busy with some experiments. Later Rimuru visits the lab, and the two talk about the winter. Gabiru arrives, but he is sleepy since, in winter times, the likes of Gabiru hibernate. Rimuru wonders why Gabiru is feeling tired and realizes that Dragonewts keep on napping during winter. Gabiru notes that Rimuru has noticed him, and he comments that he is active and is too strong to fall asleep in the cold.

Rimuru realizes that Gabiru is trying to hide that he wants to take a nap. But Gabiru starts dozing off, and Rimuru comments that his face looks creepy. Suddenly another Dragonewt arrives, and Rimuru wonders why their green one is not feeling sleepy. Rimuru comments that you are not exhausted, and Gabiru replies Slime Diaries. Later at Terant Forest Apito, the bee keep on polluting the floors. In the evening, Rimuru throws a banquet for the monster nation.