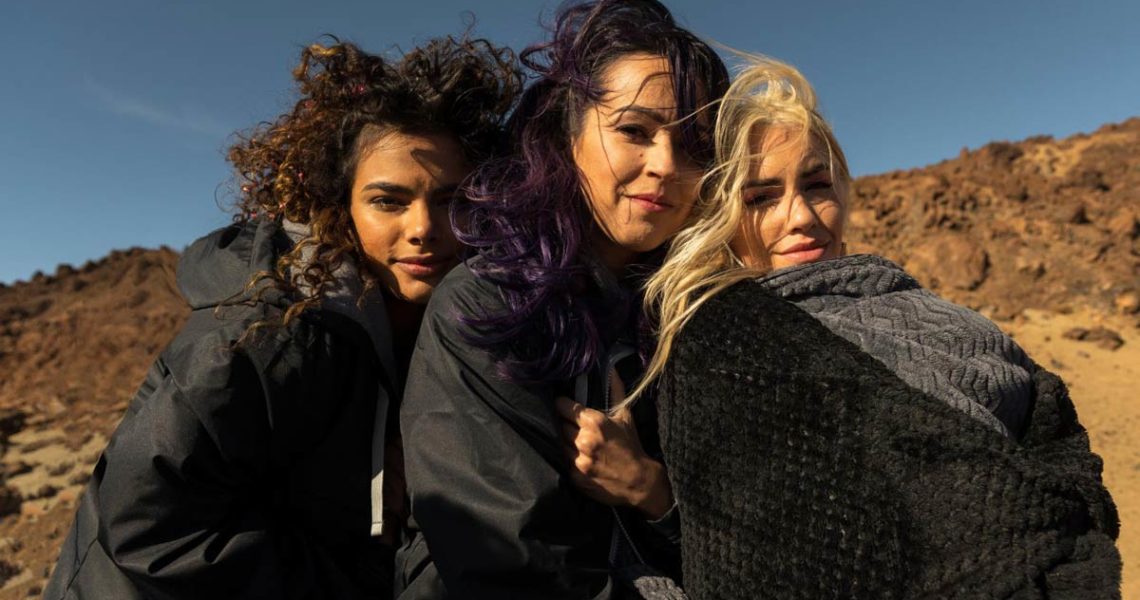 The creators of Money Heist are back with a new series called ‘Sky Rojo.’ This is a series with elements of action, thriller, crime, and drama. Sky Rojo is a Spanish original sitcom show. On March 2, 2021, the production released the official trailer for the first season of Sky Rojo. The Netflix original series debuted on March 19th, 2021. There were eight episodes in the first season. Each episode is around 30 minutes long.

It’s only been a few days since the release, but the series is already generating a lot of buzzes. The story, acting, and script were all well received. The show’s makers have worked hard to portray the harsh reality of prostitution in today’s world. This article will provide you all the information you need about the recent Netflix series ‘Sky Rojo.’

The first season of the Sky Rojo series revolves around three girls named Coral, Wendy, and Gina, who are forced into the prostitution industry. These three join together to flee the club and search for liberation and liberty. However, escaping is more daunting than ever. The pimp Romeo of Tenerife’s Las Novias Club and his henchmen Moises and Christian chase them. 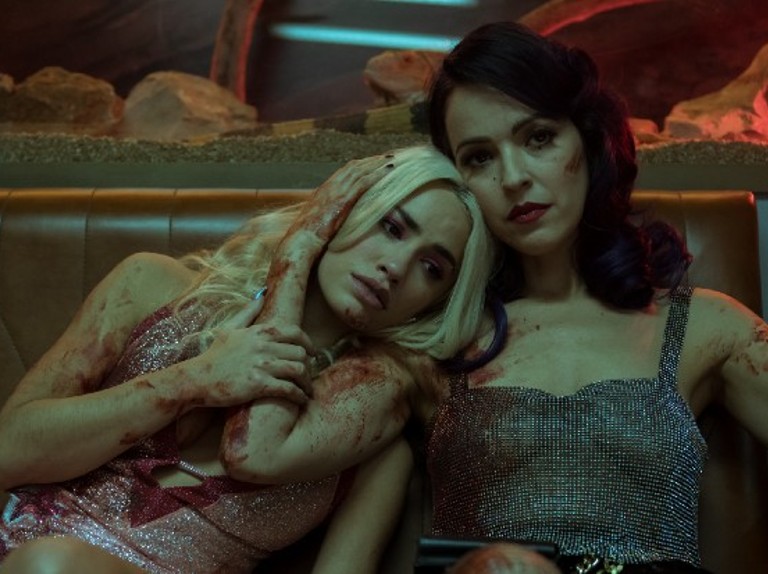 A Still From The First Episode Of Sky Rojo

The series follows the three girls’ daring escape attempts as well as the henchmen’s relentless pursuit of them. The trio’s unity to work together and their desire to live openly is also observed.

Where It All Starts

Three girls in a BMW car appear in the first scene. They are listening to music and are seen panicking and hurrying. “Private Stripteases,” these words are written in Spanish on the car’s side. These three young ladies work as prostitutes in a nightclub. The death of the club boss, Romeo’s wife Clarita, leads to the club’s closure in the next scene. As a result of her passing, they were given the first day off after being away from work for too long. Romeo, who is depressed, plans to open the bar the next night.

Romeo, the club owner, forces himself on Gina that night to overcome his grief over the loss of her wife. She declines and pushes him aside. After this, he orders Gina to serve as a prostitute in the club forever. Also, how Gina owes him over 5000 euros, which she must repay, he threatens Gina’s mother and son if she doesn’t comply. This results in a brawl. She smacks Romeo in the cheek with a lid.   Romeo takes out a pencil and begins stabbing Gina. When Coral and Wendy hear the fight, they go to the site to protect Gina. Furthermore, Coral slams a heavy trophy into the back of Romeo’s head, knocking him out and leaving him unconscious in a pool of blood. He appears to be dead. 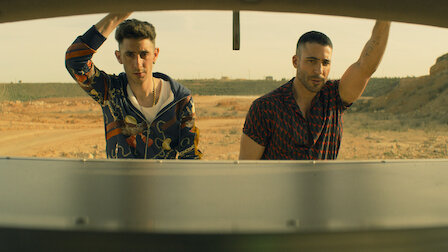 The Two Henchmen- Moises and Christian

This is where the real story opens. The group panics and flees the club. They start looking out for a way to live a more free life. We’ve returned to the car scene. Where the girl driving collides with another person, possibly killing him despite the fact that they nearly killed two people. The trio is in the best mood they have ever been in. And they are finally escaping to the life they have always wanted, despite the fact that they have left their passports, valuable papers, and money behind.

However, they soon learn in subsequent episodes that Romeo is not dead and that his henchmen are on the lookout for the girls. They then devise a plan for a safe escape, which includes incidents such as almost crossing the henchmen, fleeing from them, and so on. They spend every second of their lives as if it were the last. The plot takes a romantic turn when Coral and Moises end up together. Then Romeo’s henchman, Moises, works for the opposing side.

The Season 1 finale of Sky Rojo was simply insane. When Romeo’s henchmen return. Romeo became more vengeful after learning about Moises and Coral’s love angle. He also feels deceived by Moises, and it reminds him of a time when he rescued Moises from being jailed. Moises was a part of his father’s murder because he used to beat Moises’ mother.

Romeo demands that Moises must payback him by murdering the three prostitutes. To this, he agrees and guarantees his commitment, as well as his readiness to go to any extent to recover Romeo’s trust. He sets out on a task to track down the three girls and destroy them. Next, Coral’s return to the club is one of the trio’s final plans.

A Still Shot From The Last Episodes Of The Series

Coral is brave enough to break into the club and steal money, papers, and passports while the club owner is around. She bumps into Romeo in a nightclub. Coral makes an attempt to reassure him that she needs to rejoin the club once more. But, Romeo was well aware of her relationship with his henchmen, which was unfortunate for them. He challenges her and joins in a sword battle with her. Coral saves Romeo during the fight when he faces a cardiac arrest. This leads to Romeo confining Coral later. We still don’t know why Coral went ahead with the decision of saving him.

The last and final encounter of this season involves the two girls Wendy, Gina, and henchman, Moises. Wendy and Gina dug a large hole in the ground and waited for the henchmen. They intend to trap both the henchmen in the pit and bury them with sand. The plan is a success when Moises is trapped in the pit but begins shooting the girls. Wendy is on a crane, dumping sand on Moises. She is successful in the same. Wendy, however, is fatally shot by Moises.

The concluding scene of the season ends with Coral describing the story. It keeps the viewer wondering about the lives of each character. As a result, there is anticipation for a new season.

The production and shooting for the first season of Sky Rojo commenced in November 2019. The first filming location for the set was Madrid which later shifted to Tenerife. The next set was moved to Castilla–La Mancha for the first four months of 2020. Then came the unfortunate COVID wave. The productions were put on hold until the filming began again in  October 2020. Sky Rojo Season 1 is streamed on the very popular platform, Netflix. This recent series was produced by Vancouver Media. For the production management, the heading members were Juan Lopez Olivar alongside Cristina Lopez Ferraz.

Read More: Sky Rojo On Netflix- Everything You Should Know

The main cast involved in the series are mentioned below-

Sky Rojo has received a bunch of positive reviews and feedbacks. It is an intense,  gripping, and engaging drama. The story reflects true friendship and unity as a secondary theme, too. This theme seems to be an afterthought, and the viewers seem to enjoy it. Aside from that, the central theme of the series regarding prostitution’s ruthless effects has come out beautifully. It has done an excellent job of raising public awareness. The suspense that runs throughout the series, and indeed through each episode, about the three girls’ life-threatening situation is incredibly captivating. 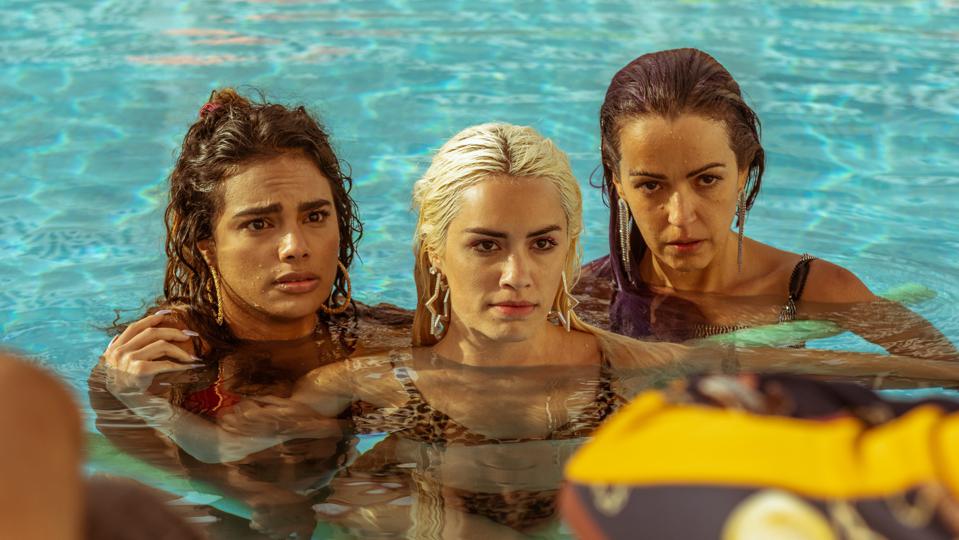 Still Shot From The Series

But the entire thought came with a particular theme that did not even once make it seem boring or only revolve around the main message. The show has a good pace with the storyline. The episodes also are short and crisp. Hence, no stretching of the plot is observed. The audience is definitely ready for the next season. We rate the first season of Sy Rojo a 3.8/5.

When Will Sky Rojo Season 2 Release?

Well, actually, coming to the basic question first. Will there be a Sky Rojo Season 2? Certainly Yes. There will be another season to this amazing series. It has been announced by the directors themselves, along with the release of Sky Rojo Season 1. Till now, no premiere dates for the second season of Sky Rojo have been revealed. To date, no work on the project has begun.

The first season’s filming commenced in November 2019. However, due to the COVID limitation, the filming had to be delayed. The shooting portion took approximately 6 months to complete. With this timeline in mind, we can anticipate Season 2 of Sky Rojo to make its debut in the early months of the next year, 2022. We hope it is released as soon as possible. If there are any new updates, you can count on us to get them to you as soon as possible. Stay Tuned To Otakukart!