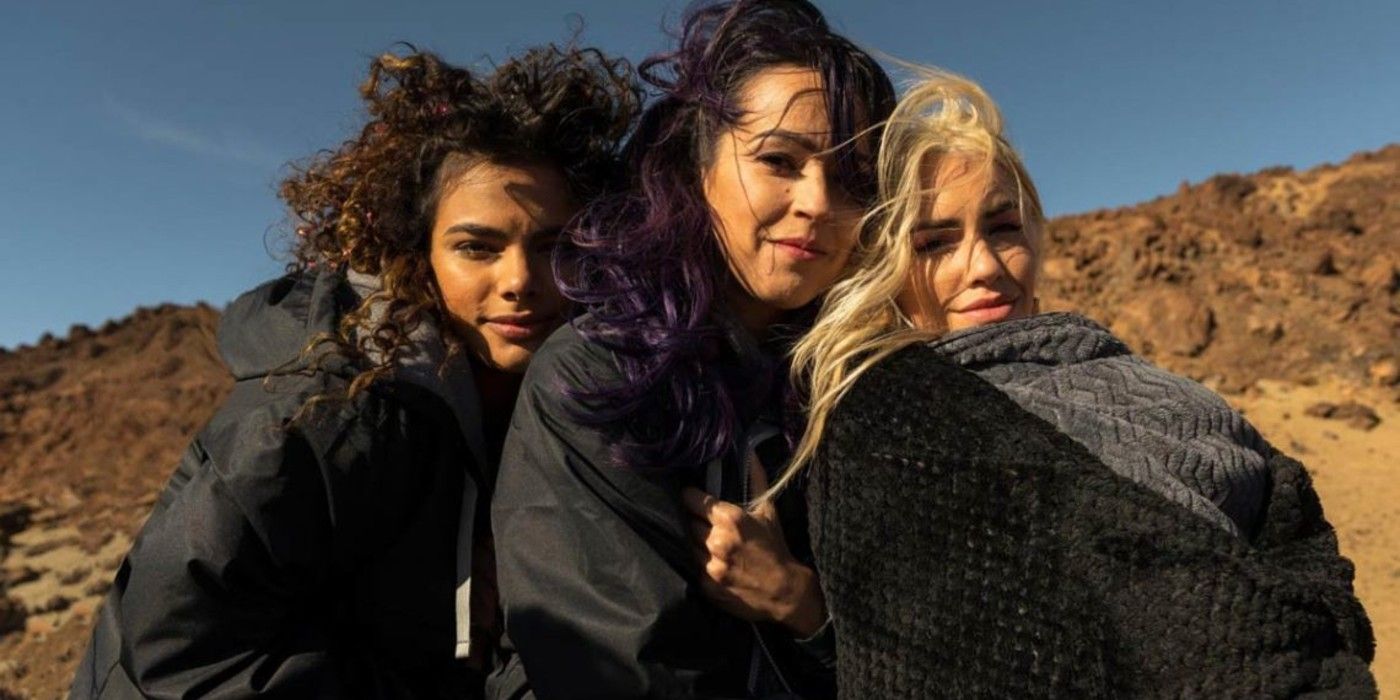 Alex pina, after Money Heist, has come up with something new and something different for the audience. Sky Rojo, the Spanish web series, will soon be released globally on Netflix. The show was signed by Alex pina in 2018. Let’s get straight into what the web series is about and what to expect from Alex after the breakthrough of Money Heist that will come later this year.

The series is about three girls who work as sex workers. The show portrays the violent part of sex workers’ life, where everything is tough. Carol, Gina, Wendy the three girls whose role will be played by Yani Prado, Veronica Sanchez, and Lali Esposito. The actors playing the roles already have a lot of fame. Trafficking of women and exploitation can clearly be seen in the show.

The three women are caught up in a scenario where they have to deal with illegal trafficking. The leader of the trafficking gang is a housewife turned criminal. The traffic head is shown with a past life of a descent housewife and a biologist. Carol, the protagonist, is joined by two more people the first one, Gina, who is already a victim of trafficking, and the other one Wendy who leaves Argentina to catch up with a better and rich life. These three girls have a strong bond of friendship. The violent scene takes place just after these characters appear. There is a messed up scene by a club owner Romeo and the chase of these three women starts in the show. As the show progresses, the backstories are shown. The hunt changes their ambitions and goals as they had before.

The show has dark humor and is perfectly crafted by the makers. With crime scenes and the three young hot girls, the story is full of surprises. The eight episodes have the potential to keep the audience engaged, as much more story has yet to be revealed in the upcoming parts. The episodes are neither slow, nor extremely fast that would confuse the audience. The twists and turns in the show have been perfectly placed and will make the audience talking.

Not everything is as perfect as you may think. The show also contains some useless elements. The two brothers who are on the hunt for the three protagonists appear the most unimportant part. The amount of screen time given to both characters is super boring. The brutal brothers are shown doing all the messed-up work and crime, burying bodies, tracking phones, and whatnot. They both keep babbling about their aging mother. It appears the makers have purposely shown to empathize with the villains.

The three main protagonists have a very interesting storyline which is shown in pieces as the series progresses. The characters are given perfect roles and fit in every way. The backend stories of the leads, as well as the villainess, are interesting and a lot more has to be shown yet. The bonding and the abilities of each protagonist are mind-blowing. The club owner Romeo is another interesting character, the violent, dark humor is noticeable.

Alex pina, in an interview, mentioned about the show will be a bit more complex than the other shows audience has watched. The show focuses on how women are forced to work as strippers and are trapped forever. And when someone tries to escape the intense drama and fear that takes place.
Every episode consists of about 25 minutes, making it short and interesting for the audience to munch in.

Sky Rojo Season 1 is set to release on 19th March with a package of 8 episodes each of 25 minutes. The second season might be aired by the mid of 2022. After the success of Money Heist, the show will obviously be watched by die-hard fans. Sky Rojo has yet many things left unturned and will surely come back with a season 2.

The trailer for Sky Rojo was released on the 2nd of March, 2021. As we saw in the trailer, there could be a lot of chaos and thriller in the web series. Women trying to get freedom from what they do will be super thrilling for the viewers.

ALSO READ: What To Expect From The Penthouse Season 2: War In Life Episode 10?