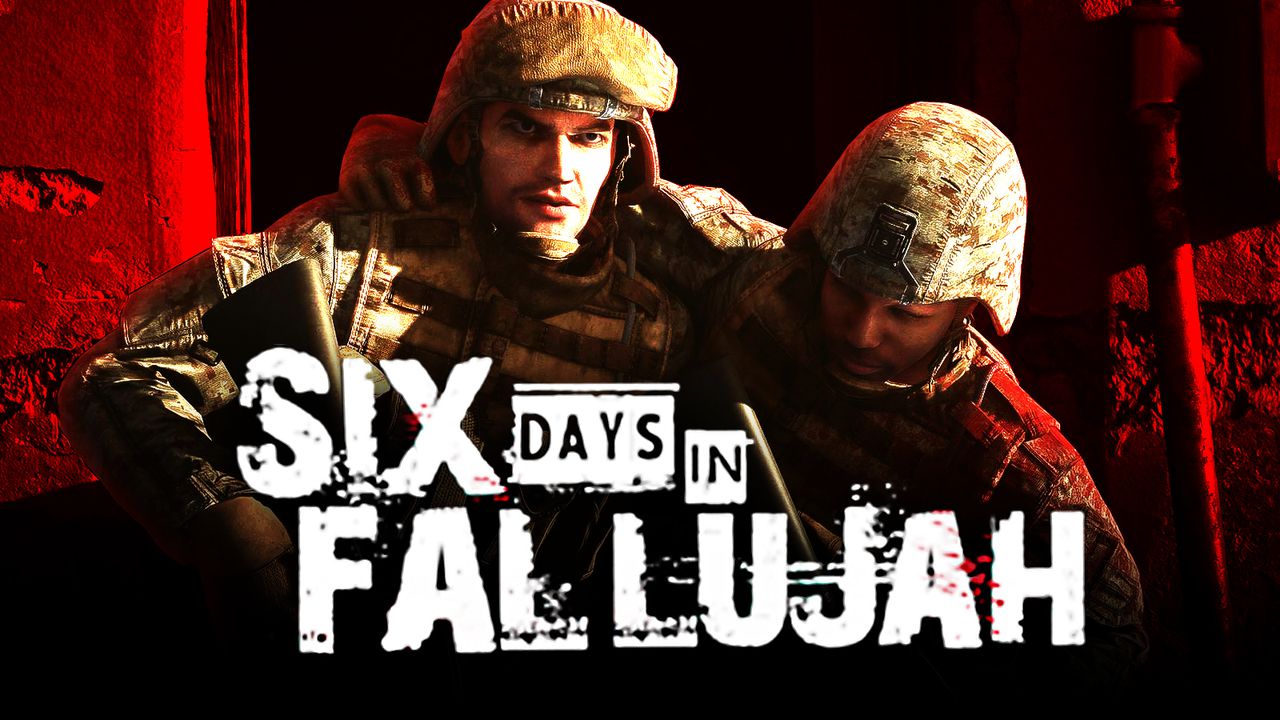 Six Days in Fallujah is one of the most anticipated games of this year, and the new gameplay reveals trailer has just doubled the excitement and amazement. Six Days in Fallujah is a long-running project. It was announced way back, and for years the developers have been working to make this game the closest experience to a real war scene. And, with the new ‘Procedural Architecture,’ they might be successful in doing that. What is this Procedural Architecture? What was more things revealed in the trailer? We will find out soon. First, let’s get a basic idea of the plot of this game.

Six Days in Fallujah recreates the Second War in Fallujah, which was fought by the U.S Marines from the 3rd Battalion for 6 long days. The game is being developed by Highwire Games and Atomic Games. This game will be available across all gaming consoles(except Switch) and PC. The game is made with the help of a Marine soldier named Sgt. Jason Kyle was the squad leader of this operation. Now that you have a basic idea about this game let’s see what things have been revealed in the gameplay trailer.

The trailer starts with Sgt. Kyle introducing himself and then telling how they started this operation with 13 marines but ended with 5. Then the gameplay starts. There are no unreal and out-of-this-world graphics to make your eyes boggle, but the new technology used to make this game unique will surely raise your eyebrows. We are talking about Procedural Architecture. With this technique, every time you start a mission, there will be a different set of maps. All the houses, rooms, roads, neighborhoods, and enemy locations will be different every time. This is done to make the players feel how the actual soldiers feel in a war. They have only one shot. They don’t know what is behind the door which they are going to open next. 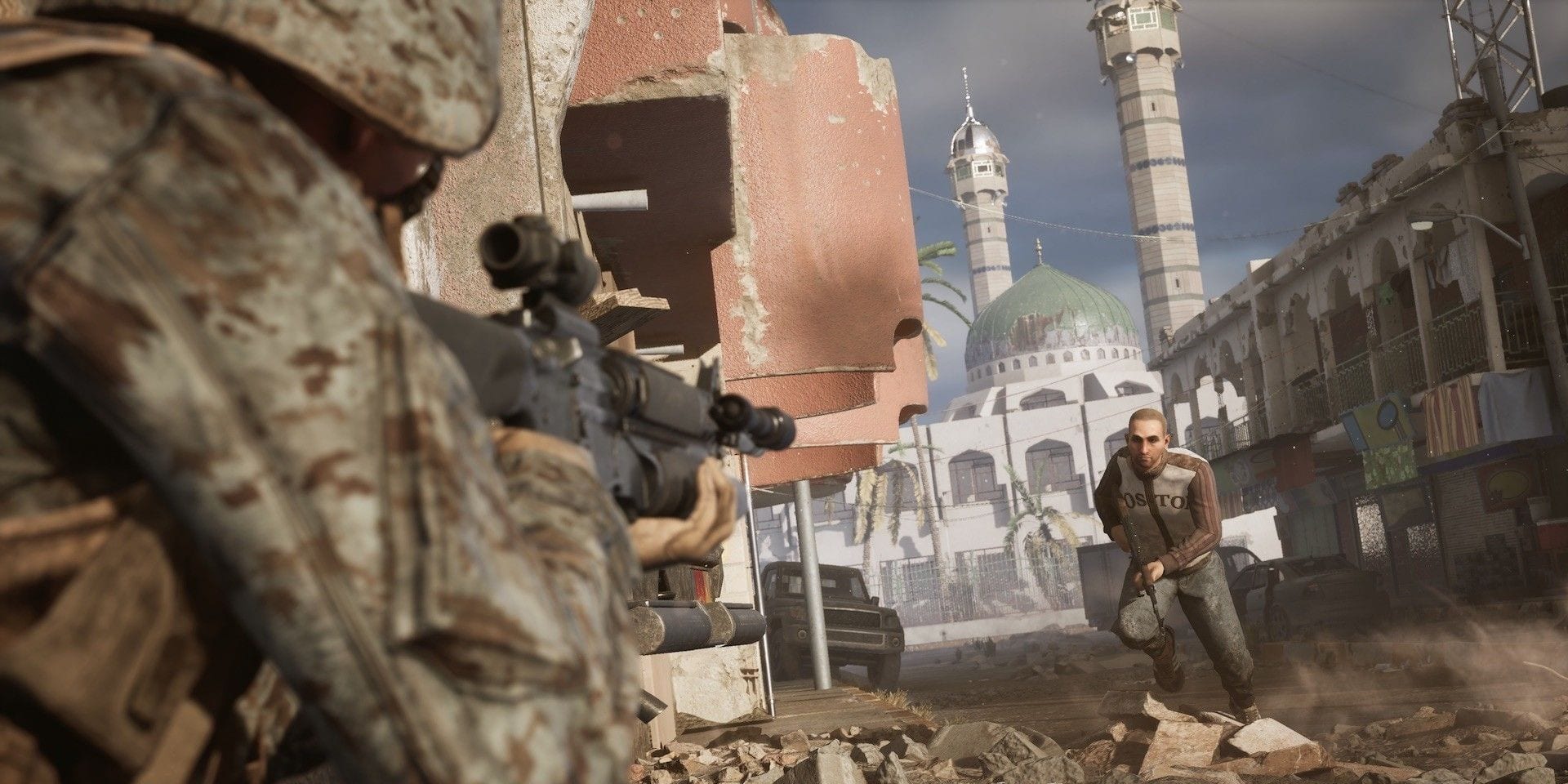 In games, usually, if we are to go to an unknown location and die the first time, we restart from the checkpoint, and then we have some idea about the enemy’s position and how to approach it. This makes it easier. But in this game, you won’t have the comfort of doing that. Every time you die, you will face a new map setting the next time. A new challenge for all the speedrunners out there, I guess.

It takes time to come up with a technique or a feature like this. Peter Tamte and Jaime Griesemer, two of the developers of Six Days in Fallujah, spoke about how they have spent months and years to figure this out. They said creating an experience closest to the Marines was the main motive.

“That is not the experience that these guys had. They got only one shot. And how are we going to provide that in a game? We spent literally months bordering on years in order to develop this technology that allows us to recreate entire blocks of the city dynamically. So, not only do you not know what’s going to happen when you kick open the door but as a designer, even I don’t have any idea of what is going to happen. I didn’t go in and play and set up the scripting and other stuff. It’s not generated by me.” Even after a feature like this, Griesemer says that the game is nowhere near the actual experience of war.

Another challenge that the developers had to face was to make the game more team-oriented rather than a one-man campaign. Often we see how the squad leader commands his companions to open a door or to fire or to guard a place. The developers wanted to create that exact thing. So they made this new thing called Hand Signals. If you point at a door, it means that you are commanding others to take a position around it. If you point at an enemy, it means you are ordering them to take him down. When you point at a certain corner, then it means you want them to guard that area and give you cover from that region as you plan to take on enemies from the other side. 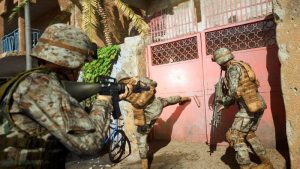 Inclusions like this make the game much more realistic and enjoyable. These two features were the main highlight of the gameplay reveal trailer. The narration and soundtrack also looked great and created a tense atmosphere in the game.

The game was set to launch in early 2021, but it got delayed. The game is set to come out in 2021, but we don’t know the date yet. The gameplay reveals trailer has really set the expectations high for the game. Players are eager to try the new ‘procedural architecture’ feature in-game. It would be interesting to see how many new map combinations we get to see. Will it really be unique every time? If you have seen the trailer, then one thing is for sure, you will be fully alert the next time you open an unknown door. Are you also eagerly waiting for the launch of this game. What are your thoughts on the reveal trailer? Tell us down below.