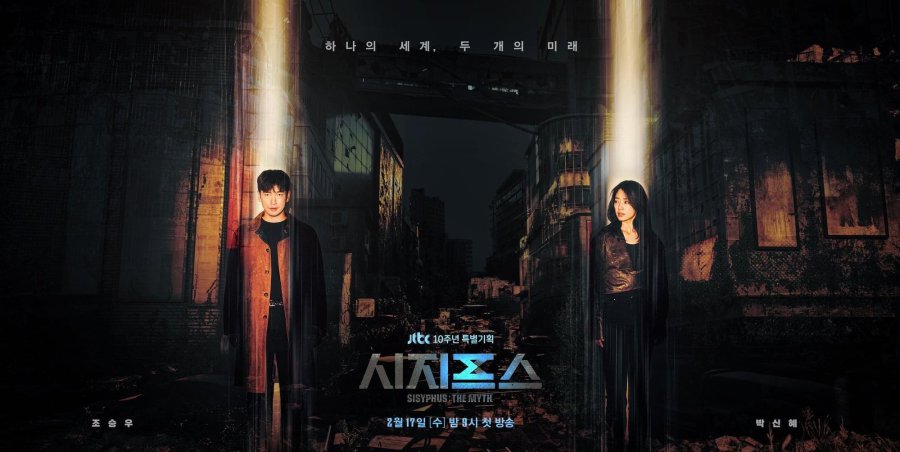 Sisyphus: The Myth Episode 16 is the last episode of the action thriller drama. The drama Sisyphus The Myth will be going off the air with the airing of its final episode. Sisyphus: The Myth has been labeled as the 10th-anniversary special drama of the network JTBC. Sisyphus: The Myth will air on the original network JTBC at 21:00 KST. The drama further aired every Wednesday and Thursday on the original network and international streaming site Netflix. The drama starring Jo Seung Woo and Park Shin Hye in lead roles is performing really well. With the drama going off the air, we all will definitely miss the drama, the cast, and the crew.

The drama revolves around the two main characters Kang Seo Hae and Han Tae Sul. Han Tae Sul is a genius engineer; he tries to figure out the reason behind his brother’s death. In the future, a girl named Kang Seo Hae comes to help him out since saving him implies saving the world. The original production of the drama started from mid-2020 and finally started airing on 17th February 2021. The drama is a mystery thriller and shows the involvement of Quantum and Time. How Kang Seo Hae and Han Tae Sul save the world from disruption is the overall story of the drama.

Also Read: What To Expect From Sisyphus: The Myth Episode 14?

What to expect from Sisyphus: The Myth Episode 16? 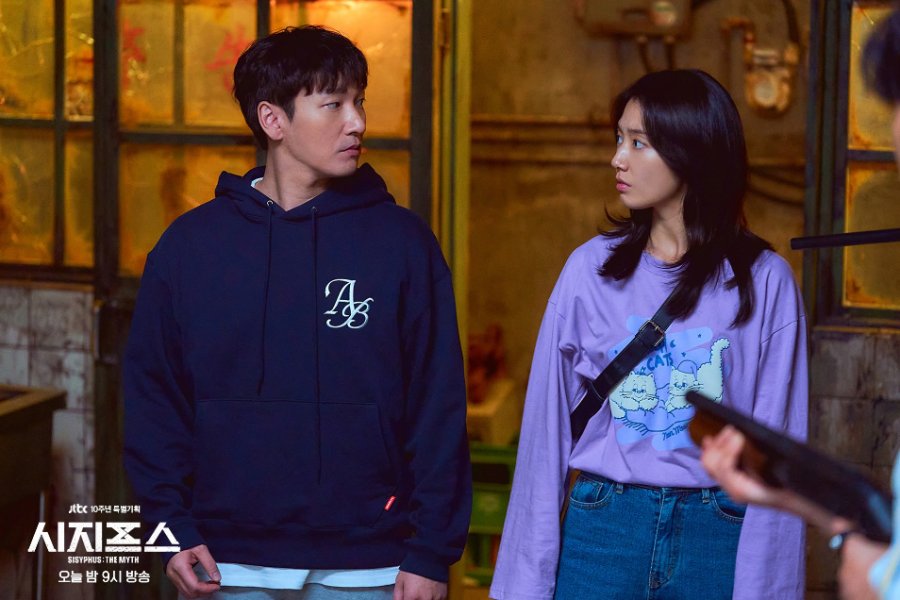 A Still from the drama Sisyphus The Myth

The episode will probably resume from where it left in episode 15. To date, 15 episodes have been released so far. The 16th and the final episode will air on 8th April 2021. In episode 15, we saw Han Tae Sul trying to play the word game with stigma. Han Tae Sul tries his best to solve the puzzles he can with all his might. Kim Seo Jin gives a handful of loaded words on the face of Eddie Kim while taking off her ring and ending all ties with him. She states Eddie Kim was greedy enough and cannot defeat Han Tae Sul. Meanwhile, Jae Sun picks up Kang Seo Hae in the car. He asks her if she fears death or not. Kang Seo Hae, of course, fears death but fears more living alone after losing the loved ones.

Later we see Jae Sun dies, saving Kang Seo Hae. We get to see Stigma and Han Tae Sul having an argument when Kang Seo Hae steps in. Stigma cleverly pulled Tae Sul on his side, pulling a gun on his head making Kang Seo Hae go weak. Stigma claims that everything was his plan from the beginning to the end, and they were puppets acting on his will. The last will disclose the final chapter of what happens. Han Tae Sun asks Kang Seo Hae to trust her, and that future can be changed. Who was shot, who died, and who all are left to survive will be revealed in the episode. 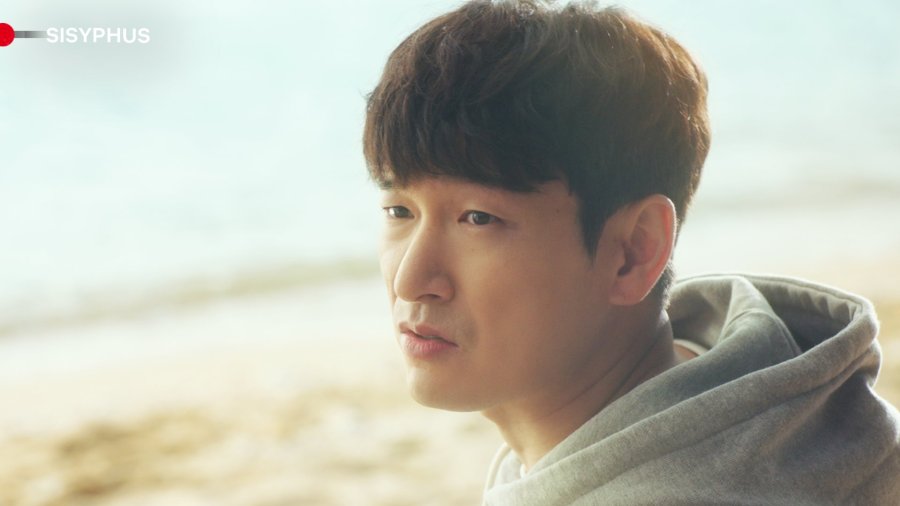 The lead actor of the drama Sisyphus The Myth

The famous Park Shin Hye, known for her famous roles in Pinnochio, The Heirs, Memories of Alhambra, has been cast as the main lead for the show. She has been cast for the role of Kang Seo Hae. Jo Seung Woo, famous for his roles in the stranger, stranger 2, life and the classic, has been cast as the drama’s main male lead. He has been cast for the role of Han Tae Sul. The direction of the drama has been done under Jin Hyeok and screenwriting under Jeon Chan Ho and Lee Je In. In other major roles, we have Kim Byung Chul as Seo Won Ju or “Sigma.” Further, we have Jung Hye In as Kim Seo Jin, Tae In Ho as Eddie Kim, or the Co-founder of Quantum & Time. Many other actors and actresses have been cast in support roles and guest roles. 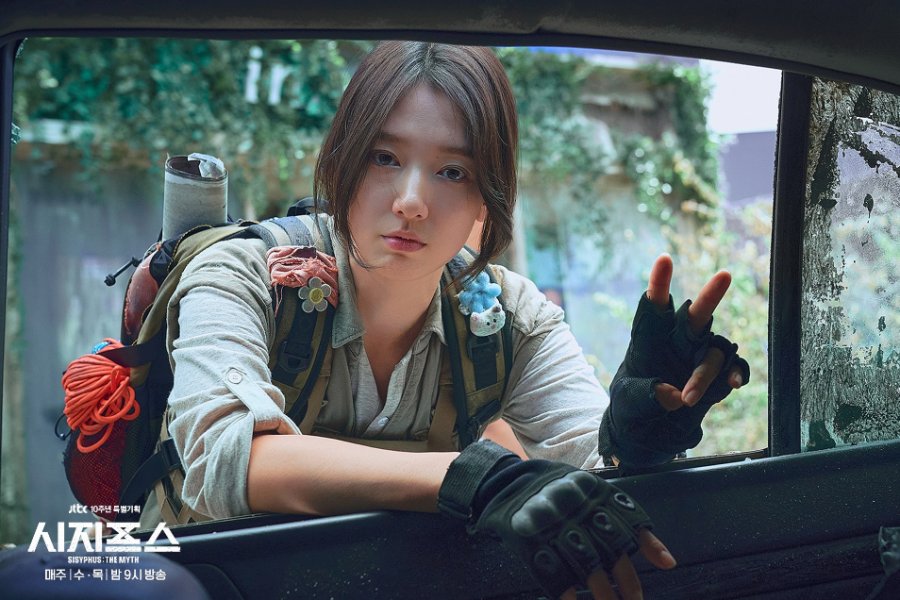 The main lead actress of the drama Sisyphus The Myth

The 16th episode of the drama is the last. With the release of the last episode, the series will come to an end. Sisyphus: The Myth Episode 16 will release on 8th April 2021 at 21:00 KST on the original network JTBC. Along with the international streaming site Netflix. We will, of course, miss the drama and wish for a comeback with season 2. The genres of the drama include action, thriller, mystery, romance, drama, and fantasy.