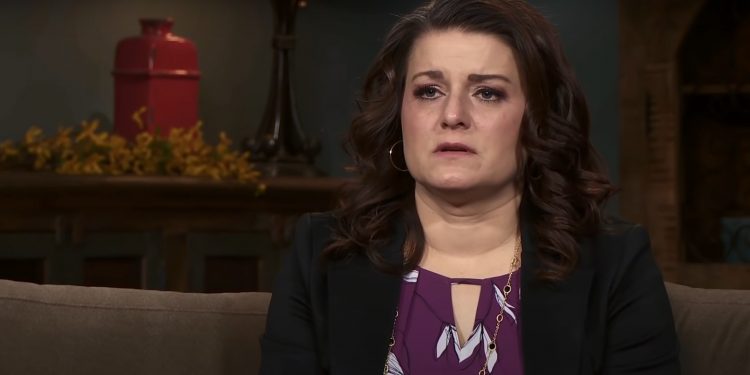 The polygamy-glorification show on TLC Sister Wives Season 16 Episode 3 continues the drama as Kody tries to struggle with his remaining three wives. Firstly, the other three women slowly realize that he can be as manipulative as they can be. Secondly, it is evident that they can play each other out in constant rounds of drama and disharmony. Moreover, in our recap, you will notice how a family barbecue can go awry when egos clash in a dramatic fashion.

Kody’s intentions for relocation will continue to show up in the next episode. While Janelle is constantly showing up her emotions, the other two girls try to play along. What can happen next in this multidimensional relationship reality show? Are the participants really trying to find each other, or are they just going inertially in regards to what they try to accomplish in their sentimental values? TLC has a lot for us this season, that’s for sure. Let’s begin checking out what happened in Sister Wives.

Sister Wives Season 16 Episode 3 will release on December 5, 2021, at 10:00 PM, Eastern Time, United States on TLC. Firstly, the show drops regularly on Sundays. Secondly, each episode lasts one hour of runtime. Thirdly, this episode’s title will be “Not Social But Very Distant”. Lastly, the drama regarding the property lots will intensify as the decision to relocate takes form.

Where to Watch Sister Wives?

To watch Sister Wives Season 16 Episode 2, just check in to the TLC network on Sundays at the appropriate hour. You may also view this episode on the TLC website with your cable credentials or a membership. You can also watch the program live on Xfinity, Philo TV, Fubo TV, DirecTV, Dish, Spectrum, and Sling. Furthermore, from season one, the show has been available for purchase on Vudu, Amazon Instant Video, Google Play, and iTunes, in case you wish to examine past information or just catch up.

Finally, TLC is fully integrated into Discovery+, a new streaming platform owned by Discovery Inc. that promotes material from the Discovery brands as well as complemented purchased content and will premiere in March 2020. An essential membership is $4.99 a month and includes access to over 55.000 episodes of over 2.000 shows from networks such as Discovery Channel, Food Network, Animal Planet, HG TV, TLC, History Channel, A&E, OWN, Science Network, Lifetime, and The Dodo. In the next part, we will go through the Season 16 premiere.

The family wants to reunite. They are all missing each other. They all adore one another and they hadn’t seen one other in months, which was extremely difficult for the kids. Kody, on the other hand, was concerned about Covid-19. Everywhere you looked, there was a new variety, which was highly perilous given the size of the family. If one person became ill, the disease would swiftly spread across a group of thirty.

Kody has become socially isolated, even while visiting his previous spouses, and the kids despise him for it. They couldn’t wait for things to go back to normal. Also, they also hated the fact that they were so far apart. And they used to live in a cul-de-sac where they were all neighbors, and the kids could see one other and their father daily, but now they can’t. Their surroundings were constrained. There were also limitations imposed by Kody himself.

Kody was also waiting for the final word on a prospective relocation to Utah. He disregarded Christine earlier when she mentioned returning to Utah since that’s where her family is, and she wanted to be closer to them now that they won’t be prosecuted for polygamy. Kody thought about it. He was willing to try it. He wouldn’t mind going back.

Therefore it was weird that he didn’t say so when Christine brought it up. Instead, he silenced her. He also went ahead and built their dream mansions, so there was no need for him to ask the other women what they thought, but he did. Kody paid Janelle a visit. When he inquired whether she wanted to go back to Utah, she declined. She was not going back there.

Janelle was content in Arizona. She now has the garden she has always desired. Janelle didn’t want to uproot her children again since they were finally adapting. She’s gone through it enough to know how much she despises it. Meri, on the other hand, did not want to return to Utah. Kody came to her home for the first time in months to hear her thoughts on the relocation, and she was startled to see him. Meri and Kody are no longer romantically involved.

They’ve made do with being buddies. Meri doesn’t want to leave him because she feels God told her to remain with her husband, but that wasn’t the case. God would not want his wife to be ignored or treated as if she were a friend. He would have desired Meri’s happiness. And she isn’t. Meri was living outside of her extended family, and there was nothing she could do or say to rescue her marriage. It’s all over. Later on, Kody considers it to be finished, and he refuses to return or even work on the relationship.

Kody merely checked in with Meri to see whether she agreed with Christine, and she didn’t. Meri did not want to go back to Utah. Meri was also delighted to remain since she didn’t want to go back on the run if the legislation on polygamy changed. She and Janelle both informed Kody that they wanted to stay in Flagstaff. Kody subsequently spoke with Robyn, who also expressed a desire to remain. Robyn despises the idea of uprooting the children. She wants to stay in one location and be content.

Robyn was similar to Kody in that she was too concerned with health rules. The family got together for a BBQ, and it was a disaster. Kody chastised everyone for keeping their feet six feet apart. He also shouted at the children for wanting to play with one another. In some ways, his three youngest children were still infants, and all they wanted to do was play.

But then there came Kody, yelling at them to keep their distance. If he wasn’t saying it, Janelle was. Janelle was continually reminding the youngsters to keep their stretch of six feet. Her youngest kid ultimately broke into tears as a result of it. Solomon falls short. Truly. He wanted to spend time with his sister but didn’t want to get in trouble for it. And the family despised the social separation that occurred when they were all together as one giant family. Christine pays a visit to Janelle and her children. They do not socially distinguish themselves, and their mothers are unconcerned. All they want is for their children to be happy. So it was only Kody and Robyn who were the problem.

Christine Brown of Sister Wives was probably glad for her newfound single life this Thanksgiving. Kody Brown’s ex-third wife left their 25-year marriage only one month ago. Back in Utah, the mother of six is enjoying her best life, alone. Christine, 49, shocked fans last month when she announced on social media that she was leaving Kody. TLC fans had been wondering if Christine would leave the family for quite some time since she looked dissatisfied with her circumstances.

Kody’s brilliant plan to relocate to Arizona after landing in Sin City failed, especially because each wife resided thousands of miles away. Christine gradually began to hint at her intention to leave. Viewers knew she wouldn’t be digging ground at Coyote Pass after the Sister Wives season 16 opening episode.

Christine seemed to be having the time of her life as she posted a couple of photos of herself and her family on Thanksgiving Day on Instagram. Truly was seen smiling and enjoying her time with her mother and daughter while wearing similar pajamas. Fans rushed to the comments section to show their support for Christine.

The majority of comments on the site believed that she looked better than ever. Christine recounted how the family’s gaming night was progressing in the second series of images. Christine persisted in losing the Harry Potter Clue game. Overall, Sister Wives followers believe she is succeeding in life. Truly was seen in the video taking on Christine and her grandma in a bout of fierce gaming. Take a look at the post below.