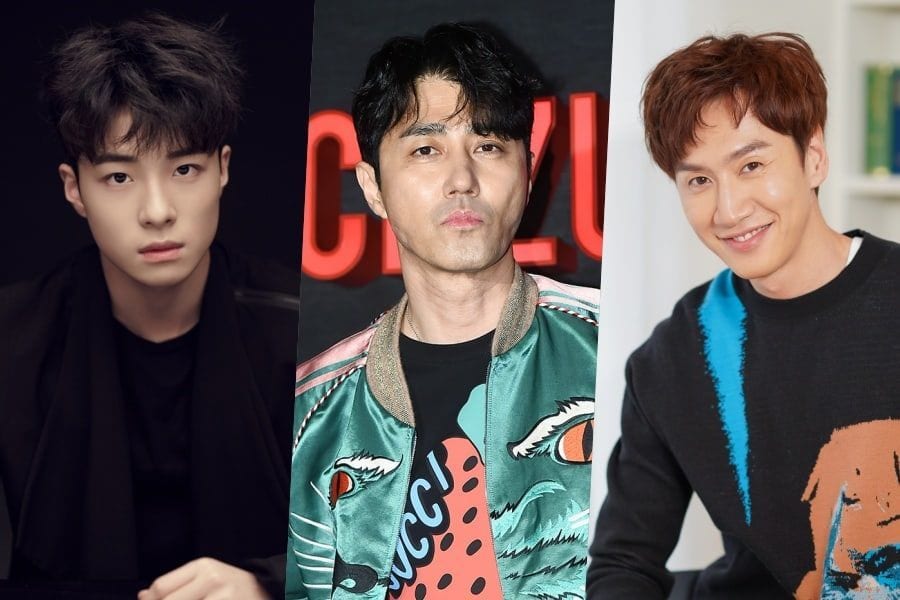 The cast of the upcoming movie, sinkhole

Sinkhole is quite a much-awaited korean movie project. Sinkhole Upcoming K-movie and every major to minute detail on the movie is something we will be taking with today. The upcoming South Korean movie has been much talked about and finally has its release date announced. The movie is originally a disaster comedy film. That features Cha Seung Won, Kim Sung Kyung, and Lee Kwang Soo in the main lead roles. The movie has been in talks starting 2019 but due to the covid-19 pandemic, the initial release of the movie was postponed until further notice. 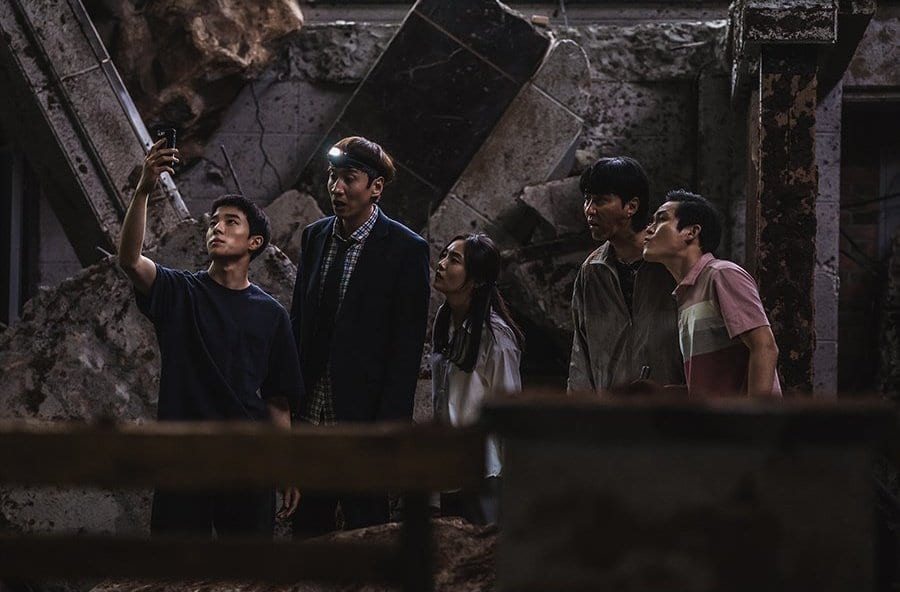 A still from the upcoming movie, Sinkhole

Sinkhole exactly shows us what an emergency looks like when new buildings and apartments fall into sinkholes with families and people trapped inside. How the rest of the people try to help them and tries to overcome the crisis is the basic storyline of the movie. The movie will also show us a man’s hard work after which he finally bought a house that went down a sinkhole in minutes. The approximate overall total production cost of the movie was around ₩140 billion. Despite quite a lot of hurdles, the movie stands strong and will finally have a theatrical release.

The fans are already much excited about the release of the movie. The teaser poster of the movie has already been released. A few glimpse or stills from the movie is already making us extremely excited. And one thing we know for sure is that the movie would be quite worthy to watch.

The much-awaited movie Sinkhole will finally release on 11th August 2021. Just one year back at the same time the movie was expected to release. Which got delayed due to the ongoing Covid-19 pandemic. But now finally a sense of relief came in for the whole team of Sinkhole as the release date has now been finalized. The story is based on Sinkhole as the title suggests and the 500 meters underground sinkhole takes down along with it the houses and apartments. It at once tears down the dreams of many and puts down everyone in grave danger. Sinkhole is a big-scale disaster movie and has quite many people eyeing the project for a long now. 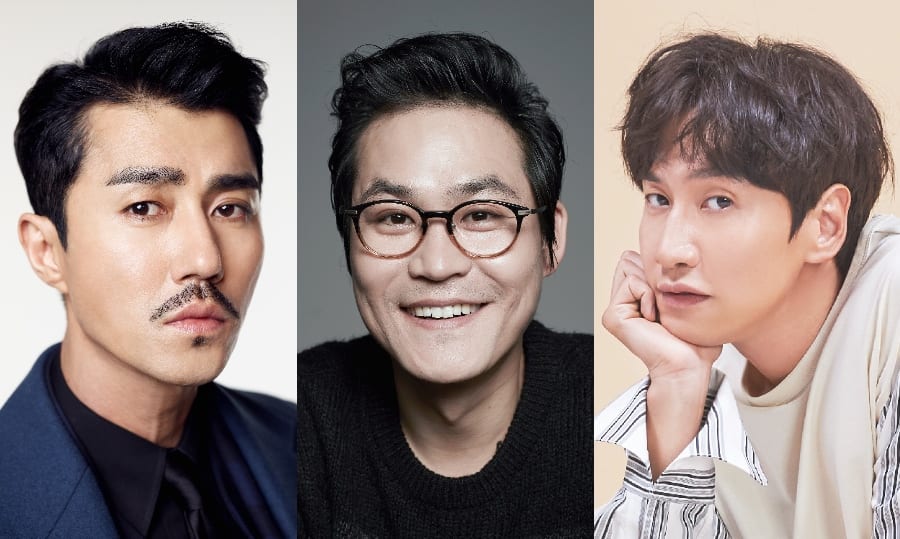 The main lead cast of the upcoming movie, Sinkhole

After a long wait, the movie is now all set to release. So let’s dig deep into more detailings on the movie and what more is to expect from the movie overall. The story of the movie is set around a family who somehow manages to buy their own house after 11 years of struggle. To celebrate their big news on buying a house they throw a party where eventually all their friends come. But to an overnight downpour, an extremely big sinkhole is created. As a result, the whole house goes beneath it along with the people inside the home. At the same time due to heavy rainfall, the sink starts to fill with water. 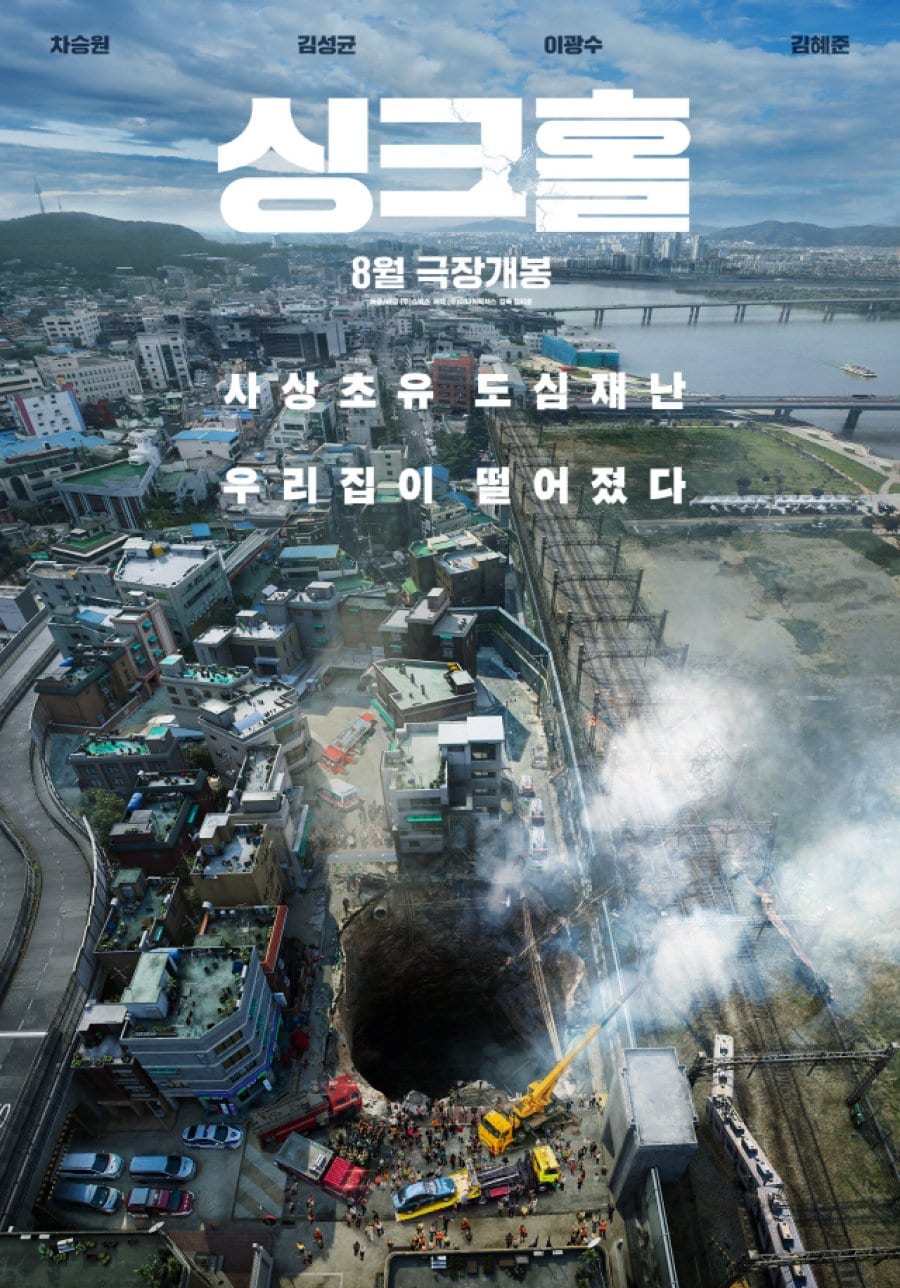 Poster of the upcoming movie Sinkhole

As the situation starts worsening, the people inside it hence must find a way for their survival. All the residents trapped inside tries to find a way out. While even the emergency team tries to help them out. Overall the story is extremely captivating and is one of the most awaited movies of the year. The heads up on the theatrical release is also no doubt good news for the team. And we wish all the best for the entire team for their upcoming release.

The Cast and In-depth Details 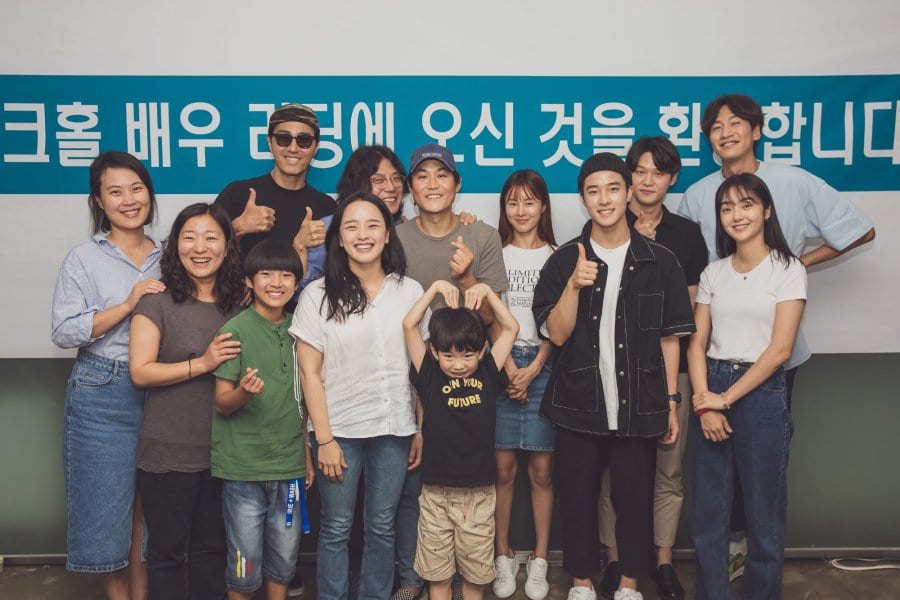 The cast of the upcoming movie, Sinkhole

Also, Read Sweet And Sour Ending Explained! Did Hyuk Get Back Together With Da-Eun?