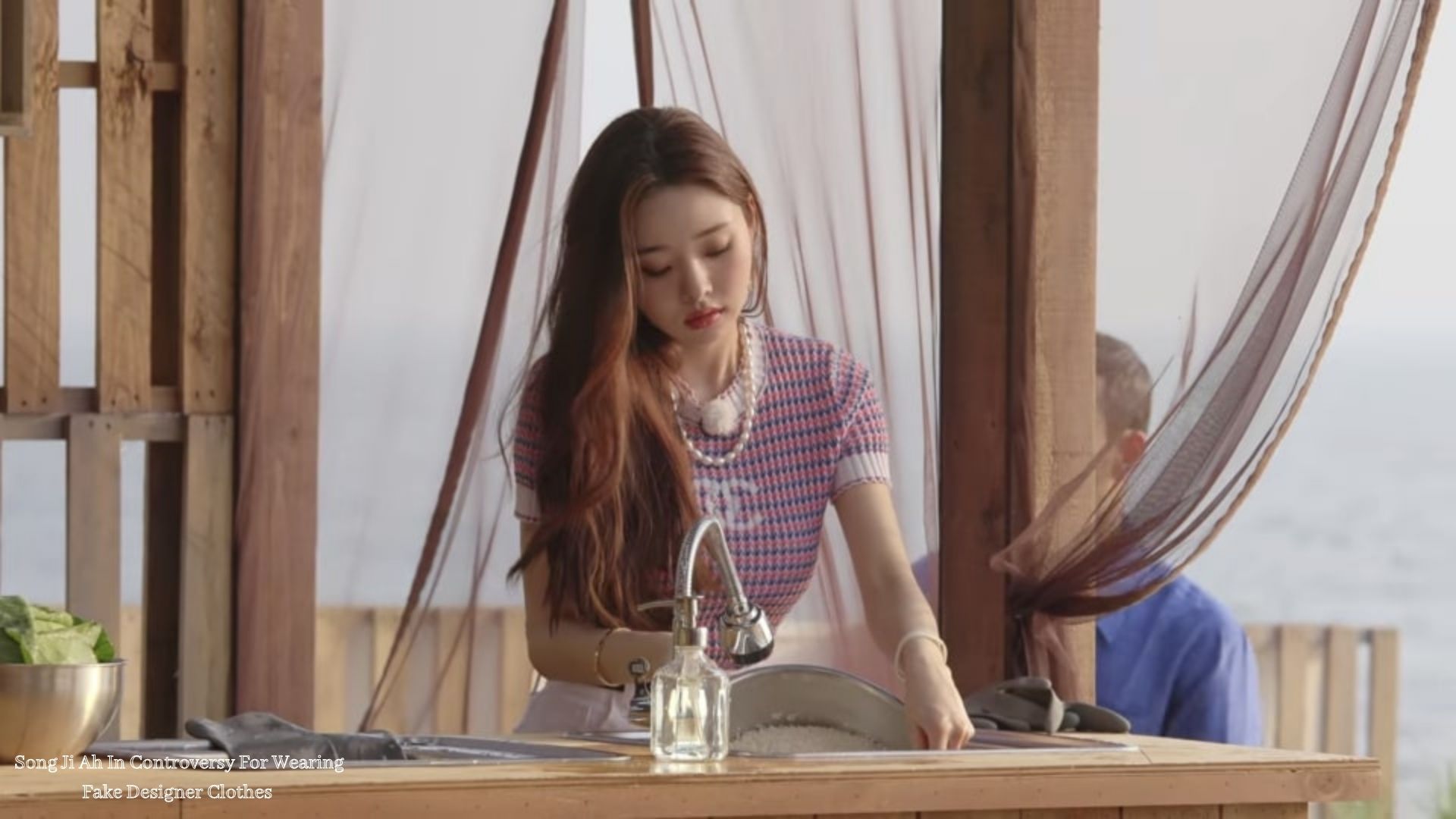 Song Ji Ah is stuck between the controversial wires on the internet. She is recognized as a contestant of Netflix’s newest Korean reality show, “Single’s Inferno”. The show has gained immense popularity in a short duration of time, and so has its contestants. Therefore, it is no surprise that every little detail about them is being double-checked by its viewers.

Being a popular contestant of the show and also a well-known Korean social media influencer with the name Free Zia has led her to the pools of controversies. Many of her followers and the viewers of the show have dragged her in every media headline for her fake designer clothing. The netizens out there were highly offended by the fashion breach, and as expected, the matter was not taken lightly by any of them. This revelation led to a chain of unprecedented events for Song Ji Ah.

Now, the issue has caught the attention of all the domestic and global media outlets, which has led to big trouble for Ji Ah. Here, we have summarized all the needed details about the same. Therefore, let’s have a quick skim inside.

Song Ji Ah: All About the Controversy

From the very beginning of the reality show, Song Ji Ah attracted several viewers towards her. It didn’t take long for her to become everyone’s favorite. Her stunning visuals, which according to many viewers out there, resemble IVE’s Wonyoung and Blackpink’s Jennie, gained her the spotlight. Moreover, her designer wardrobe also played a very significant role in the same. Viewers were highly impressed with her fashion style, which included big names like Chanel and Dior.

However, everything was short-lived as netizens out there noticed the difference. Recently, the whole internet was set in a buzz when some fans out there pointed out that the outfits she was wearing were not originally from the designer brands. In fact, they were the “knockoffs” that merely duplicated the original items. This led to a series of comparisons being done between the original items and clothes that Song Ji Ah wore during the series.

Her Chanel logo shirt was the first one spotted out. She wore the clothing piece when she first entered the villa. Netizens were quick to compare the item with the original one from the label’s website. The differences like the color and design of the logo were quite visible. 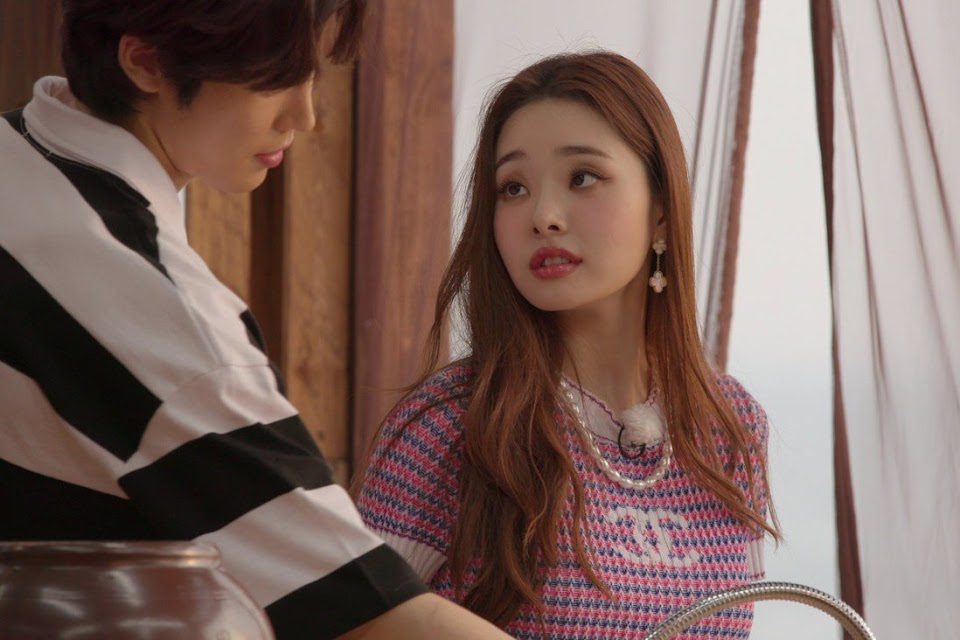 Another such instance was the Chanel cute pink cardigan which was very similar to one belonging to Blackpink’s Jennie. Fans were quick to point the difference from the picture of Ji Ah in which she is holding a Barbie doll. It was pointed out that though the cardigan looks similar, the designs of its buttons and pockets seemed very different as compared to the one Jennie wore.

The matter took a swift turn when a user went a step ahead and pointed out that the dress of Ji Ah that she wore on the island was apparently from a brand called Marine Serre. After much of the findings, the dress was found on a Chinese website sold for ₩28,900.

Many out there criticized Ji Ah for going against her image of lifestyle by promoting brands that she doesn’t wear. Yet, many others, including the Western netizens, pointed out that it was not something huge. They reasoned that many people out there can’t afford the original brands, and thus, they imitate them.

Song Ji Ah Apologizes For Offending Everyone Out There

Many netizens out there were indeed highly disappointed and offended by the issue. They wanted Ji Ah to come forward and apologize for the same. While it is acceptable that she has the right to wear anything she wants but creating a false identity and infringing the hard work of the original designers was not acceptable for anyone out there. 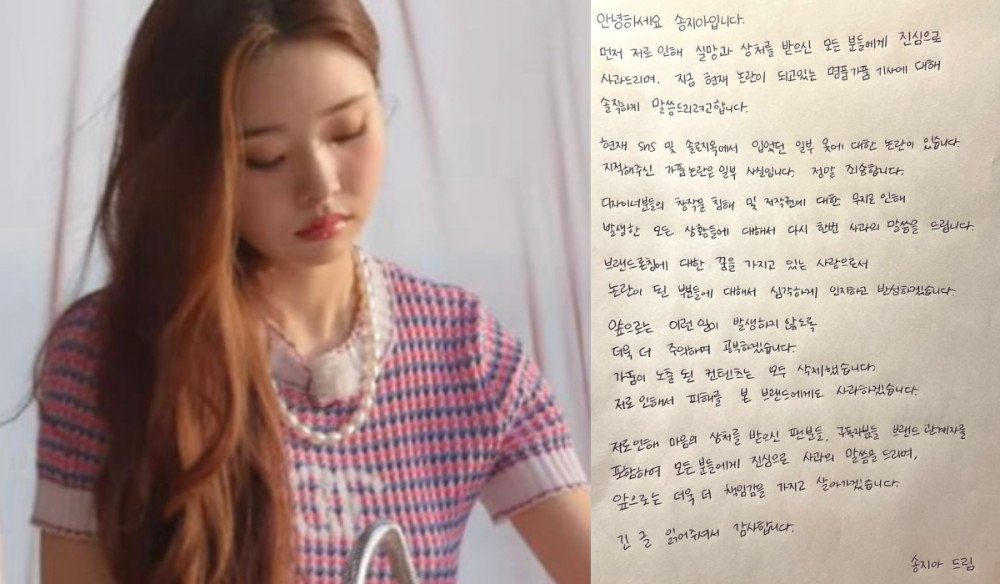 Therefore, deleting all the posts that featured fake products, Song stepped forward and posted an apology on her Instagram account on Monday. She admitted that the criticism was partly true. Ji A also offered apologies to the brand, which has suffered damage because of the issue. Moreover, she also mentioned that she will reflect deeply on the controversy and will work on her sense of responsibility.