Sims 5: When Can We Expect the Simulator? 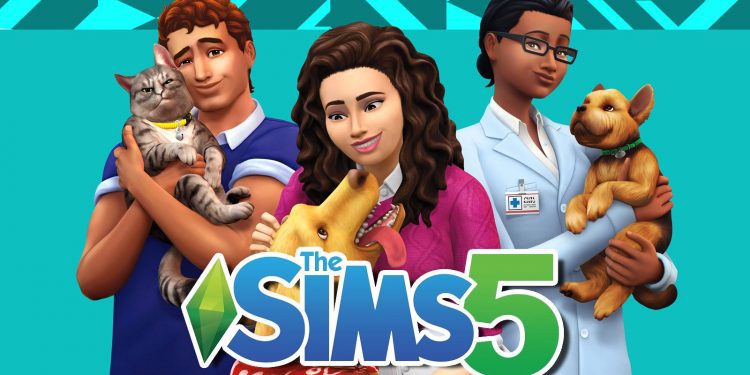 Sims is undoubtedly one of the most popular social simulation games. It has been around eight years since the release of the latest installment. Therefore, fans are eagerly waiting for the Sims 5. They all are wondering on the internet to look for their unanswered questions like what could be the release date of Sims 5? When will EA announce the next installment? Will it be released for PS5, Xbox Series X and S, and Nintendo Switch?

The first installment in the Sims series came out in 2000, and since the release of the first game, it has become one of the best social simulation games. This game was followed by its successor Sims 2, which came out in 2004. Since then, it was no turning back for the Sims franchise. Currently, there are four games in the series, and it has become one of the most successful game series by Electronic Arts after FIFA and NBA. There have been countless spin-offs besides the main series, but fans now want to know about the future of the main series, Sims 5. Let’s take a look at the Sims 5 release date and what we can expect from it.

What To Expect From Sims 5?

We can expect the Sims 5 to have the familiar recipe to its predecessor, but it will surely taste better than past Sims games. Every time Sims comes up with a new game in the series, it introduces something new and doesn’t fail to impress the fans. Further, we can expect the upcoming Sims 5 to have realistic graphics. As the times have evolved, visuals also play a very important role in a game’s success.

Sims 5 might come with more variety of locations. Like past games, Sims 5 might also feature Occult races, but there would be more new races in the fifth game aside from the old ones. Also, we can expect that the Sims 5 would introduce many more careers, and players would also be able to visit all workplaces and complete tasks to get promotions at their workplace. Also, the fifth Sims game would have more tasks that will help players explore more in the game.

One of the biggest concerns which a gamer has upon hearing the release date of a game is nothing other than a system requirements for it. Thus, fans are also wondering what would be the system requirements for Sims 5. The Sims series has always been a favorable game for PC over the consoles like Playstations and Xbox. However, it didn’t fail in the console market too. As it was also a huge hit on PS4, although this version came out three years after the release of the PC version. Therefore, we can expect EA to release Sims 5 for Playstation and Xbox.

Another question the gamers have about Sims 5 is that whether it will be available on Nintendo Switch or not. There are speculations that suggest that Maxim might work alongside Nintendo to develop a version for Switch because of the Switch’s popularity. Now the biggest question is for them whom Sims have always favored, which are the PC gamers. But the gamers want to know what would be the game’s requirements. We can expect them to be quite demanding looking at the features it could have. However, the game won’t be that demanding, and even someone would a decent PC can enjoy it. Also, if it does have high requirements, then cloud gaming might become the solution for gaming. After all, cloud gaming is believed to be the next step for the evolution of video games.

The latest installment in the Sims series is the Sims 4 and it came out in 2014. It has been over eight years and Electronic Arts still haven’t announced anything about the next installment in the series. The latest games which we got for EA were FIFA 22, NBA 2K22, and a Star Wars title. Literally, EA released a new gave for all their video game series except for Sims 4.

However, Sims 4 has been getting new additions to the game’s content with updates which is still keeping the game fresh among the players. However, Maxim, the video game developer who developed Sims, didn’t release any new update for Sims 4 during Christmas 2021. Therefore, many fans are speculating that Electronic Arts might announce Sims 5. However, there is no update about the game. So, there is no Sims 5 release date yet.

Is The World’s Finest Assassin Gets Reincarnated in a Different World as an Aristocrat an Harem Anime?