Actress Simone Missick is one of the rising stars despite not being among the highest paid actress. 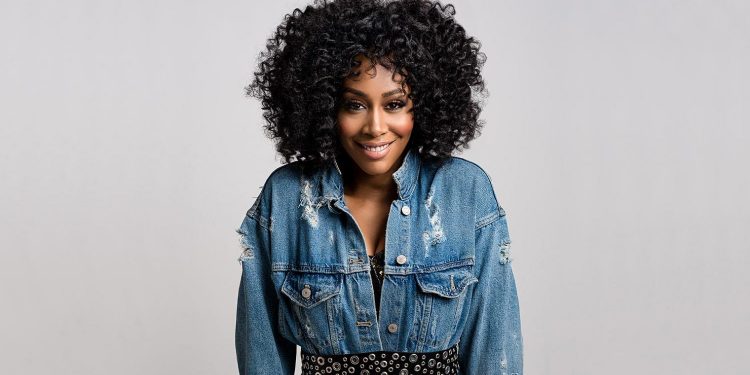 Simone Missick is slowly gaining popularity for roles in TV series such as All Rise and Altered Carbon. So, what is Simone Missick’s net worth? Well, her net worth is not high at this point in time, considering how she has garnered fame only recently. But, she is indeed earning a name and works for herself in Hollywood. Her series, All Rise, is also returning for its third season, although CBS canceled it in the first half of 2021. Another network picked and revived the show, which will arrive in the next year. Thus, she had already earned a project for next year.

Missick garnered attention from the Luke Cage series. It was a Netflix production that got inspired by the same name from a marvel comics character. We already know how marvel characters are famous despite the production. In the series, she portrayed the role of Misty. Her character wanted to learn more about Cage and had a strong sense of justice. She is also strongly committed to protecting her society.

Also Read: Who is Lucy Fallon Dating? The Actress On Dating App Amidst Breakup Rumours!

What is Simone Missick’s Net Worth?

Simone Missick’s net worth is estimated to be around $1 million currently. Her primary source of earning is from acting in films and TV series. Furthermore, it has not been long since the actress entered the entertainment circle. She came into Hollywood in 2003. Thus, Simone’s net worth is likely to increase in the future with more works and projects. The actress has done only a handful of movies and TV series. But, the breakthrough role was in 2016 as Mercedes “Misty” Knight in the Luke Cage series. After that, her lead role was in the All Rise show.

How Much Did Simone Missick Earn from Films and TV Series?

Well, Simone Missick’s exact earnings from movies and Tv series are still not known yet. Moreover, she has only gained fame within the last five years and is one of the rising stars. But, she did star in a lot of supporting roles, short films, and movies. They are The Epicureans, The Road to Sundance, K-Town, BrotherLee, Look Again, A Taste of Romance, Voicemail, Douglass U, and Jinn. Her role in the TV series includes Bucket & Skinner’s Epic Adventures, Ray Donovan, Everything I Did Wrong in my 20s, Wayward Pines, Luke Cage, The Defenders, Iron Fist, Tell Me a Story, All Rise, and Altered Carbon.

All Rise is Returning for Season 3 & Streaming Channels

Simone Missick starring All Rise, is one of the popular series that used to premiere on the CBS channel. However, the network canceled the show in May 2021 after airing two seasons. Now, the show is again returning for the third season after Oprah Winfrey Network (OWN) picked it up. So, once again, Simone will return for the leading role as Judge Lola Carmichael. Furthermore, the first and second season of the series is also available on the streaming service since December 01, 2021. It is available on Hulu and HBO Max.

Simone married Dorina Missick after dating for a year. Her husband is in the entertainment field, just like her. He is also an actor and director. In fact, he has a net worth of almost $4 million. The duo’s first meeting took place in Los Angeles during an audition. Now, they have been happily married for more than eight years and often go on vacation. However, they do not have any children yet. Furthermore, no rumors and controversies surround the pair or in their relationship. It clearly proves how much they cherish and love each other.

Simone Speaks About Her Role in Altered Carbon

Simone speaks about the role from Altered Carbon that she is a woman who does not approach life from an unselfish point. She constantly challenges Kovacs. Missick shares how it was nice to play a strong character and against another stronger character. She also shared her experience of going into that character, knowing how important was the chance for her. Simone did not mess up her chances and wanted for herself and her fellow actors to get supported, seen, and heard, just like her Lola character.