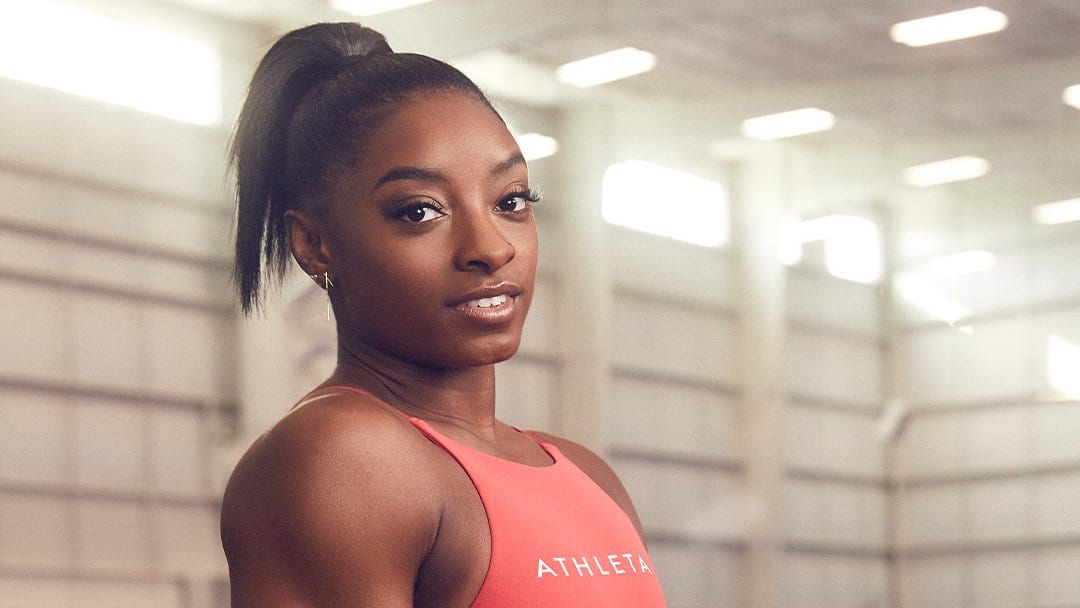 Simone Biles is all set to ascertain her place in the US team for the Tokyo Olympics. She amazed everyone with a Yurchenko Double Pike vault at the US Classic. The vault featured roundoff onto the springboard, followed by a back handspring into a piked double backflip. Although, Simone over-rotated because of her too powerful launch. This made her step back on the landing. Biles became the first woman to perform the vault. She also had a fall during the uneven bars and placed second. This didn’t make much difference to her overall performance, however. She won the all-around event with a total of 58.400. Biles also added the floor exercise and balance beam titles to her name.

The 2021 US Classic was held from May 21-21 at Indiana Convention Center in Indianapolis. This was the 37th edition of the gymnastic tournament. Simone returned after an eighteen months gap over the pandemic. She flaunted a leotard with goat outlined on it- a gesture to her Greatest of All Time reputation. And now in the US Championships, she holds the lead with 59.550 points. The championship commenced on June 3, 2021, and is to conclude today on the 6th. Her seventh national title is almost certain now. Biles wowed everyone with her superb skills and seems all set for the upcoming Olympic Trials. After her in the points table are Sunisa Lee and teammate Jordan Chiles. So in all possibility, the four-time Olympic gold medalist Biles will grab her fifth title this season.

Also read: Daniel Radcliffe Net Worth: His Work And Earnings

Simone Biles: A Look Into Her Life

Simone Arianne Biles was born on  March 14, 1997, in Columbia, Ohio. Her mother, Shannon, had a hard time caring for Simone and her three siblings- Adria, Ashley, and Tevin. Biles is the third of the four siblings. Moving between many foster homes, they were finally taken in by Shannon’s maternal grandfather Ron Biles. Ron and his wife Nielle adopted Simone and Adria in 2003. Ron’s sister adopted the other two children. Biles’ gymnastic stint began at the age of six as a part of the day-care field trip. Impressed by her skills, the coaches urged her to continue with gymnastics. She began her training at the age of 8. In her first American Classic at the age of 14, she placed third all-around. And in the next edition, she managed to place first in all-round. Following her success, she decided to get home-schooled in 2012. 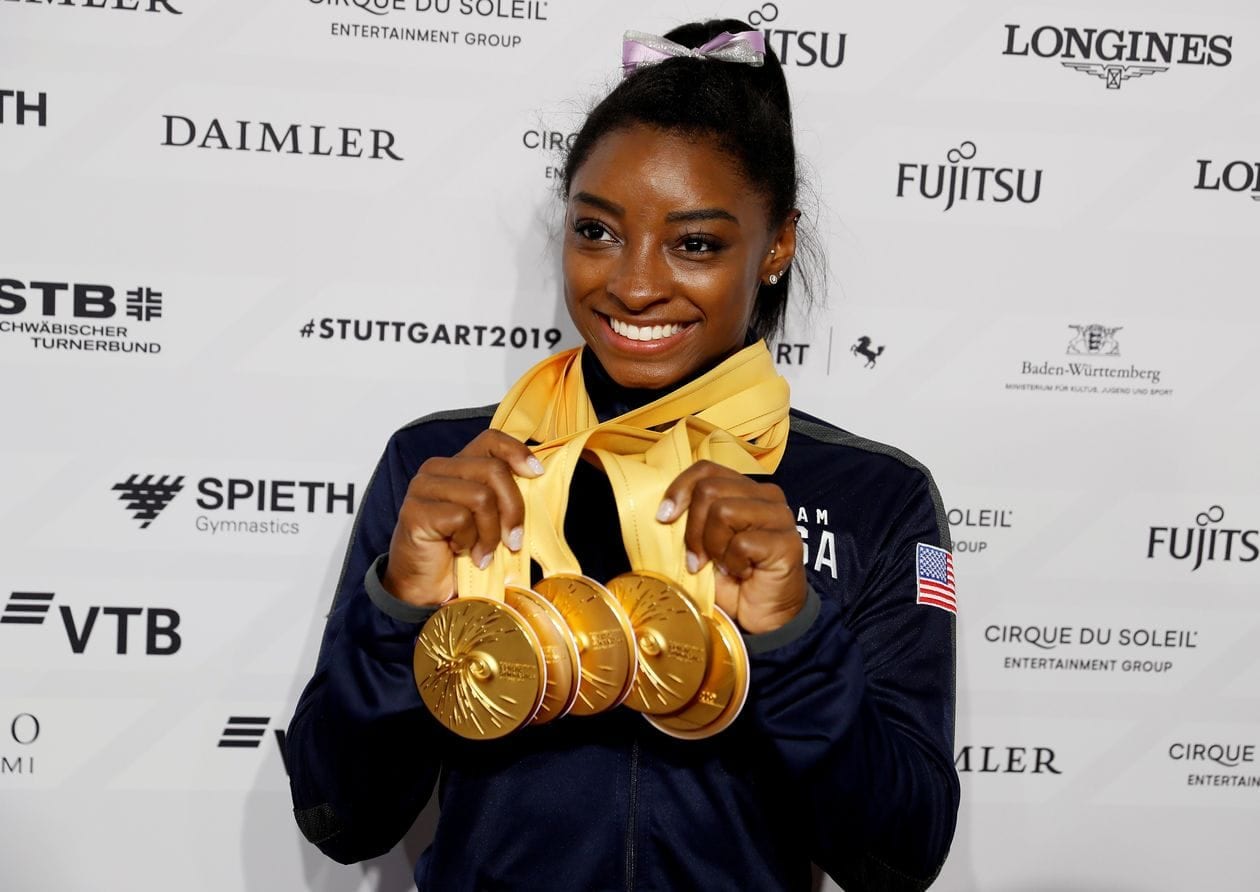 Also read: Olivia Rodrigo And Joshua Bassett: All About Their Dating And Controversy

During the 2016 Olympics, a Russian cyberespionage group leaked Simone’s medical reports. She was reportedly taking Ritalin. Simone revealed that she was diagnosed with ADHD as a child. And the medicines were completely for treatment purposes. She had discussed it with the World Anti-Doping Agency. Biles received a therapeutic use exemption for the medications. Simone revealed in 2018 that she was sexually assaulted by former USA Gymnastics physician Larry Nassar. She also accused USA Gymnastics of covering up the issue. Biles, along with other victims was awarded the Arthur Ashe Courage Award. She is currently dating Houston Texans quarterback Jonathan Owens. They are together since 2020. 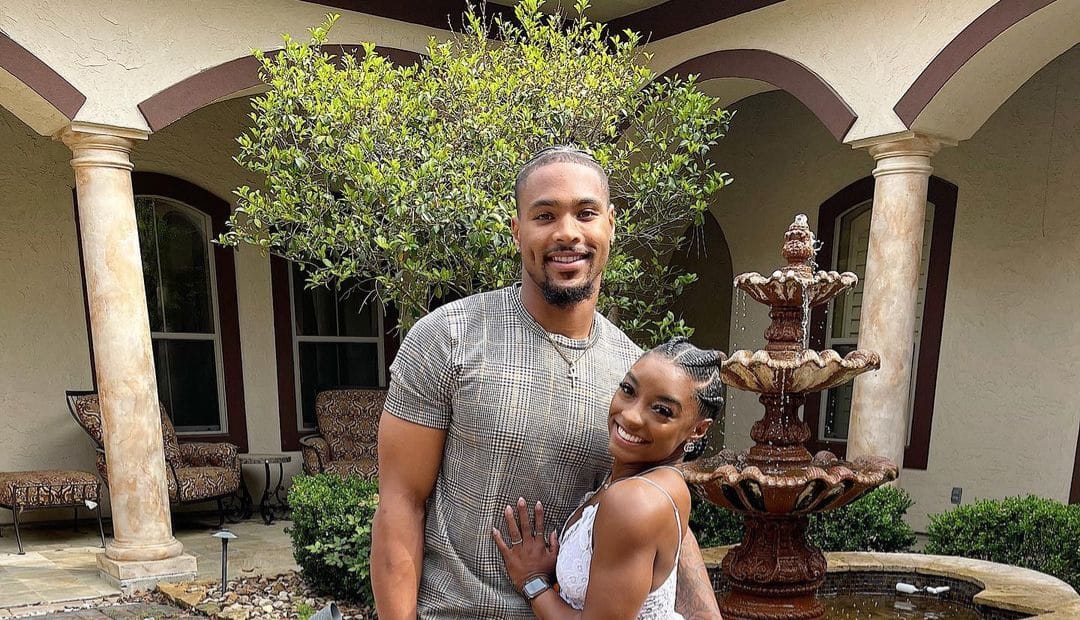 At the age of 24, Simone is at the peak of her career. She is on her way to becoming one of the greatest female gymnasts. Biles owns multiple records to her name. She has a total of 30 medals to her name including both Olympics and World Championships. Simone also holds the most World gold medals, numbering 19. She is the most celebrated American gymnast and the third most celebrated gymnast all over the world. In the 2019 World Championships, Biles performed two signature backflips which are now named after her. 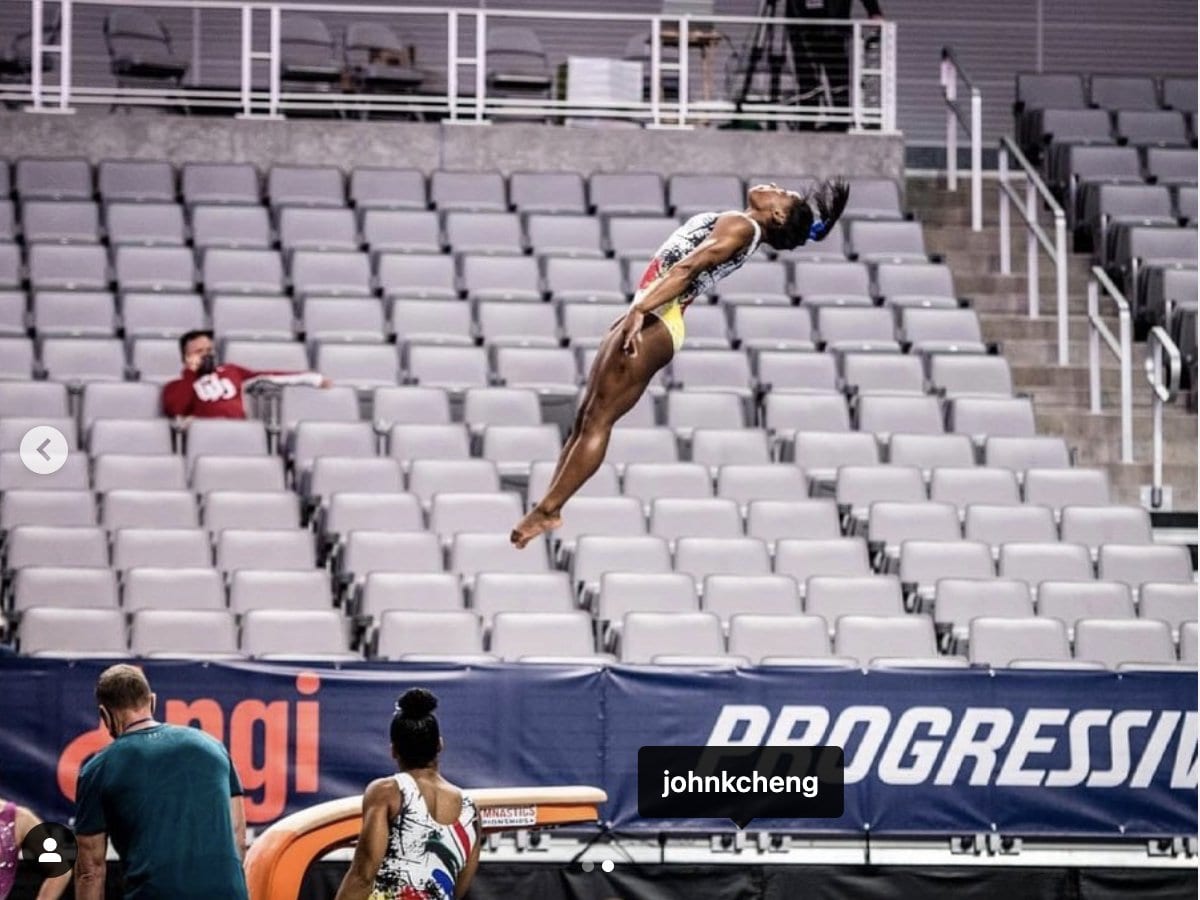 Simone got into a contract with Octagon in 2015. She also announced Nike as her sponsor in the same year. Biles is a spokesperson for Core Power. GK Elite signed a deal with her to sell leotards bearing her name. Kellogg’s honored the Final Five of the 2016 Rio Olympics in their Gold Medal Edition of Special Berries. And gold medalist Biles had her rightful place there. She has also signed deals with Beats By Dr. Dre, The Hershey Company, and United Airlines. Recently, Simone canceled her sponsorship with Nike and moved to Gap’s Athleta. Olympics award the gold medalist a sum of $25,000, $15,000 to silver, and $10,000 to bronze. Simone gained an amount of $110,000 from her 2016 Rio Olympics medals. As of 2021, Simone’s net worth amounts to $2 million. Despite her high net worth, she spends her money prudently. 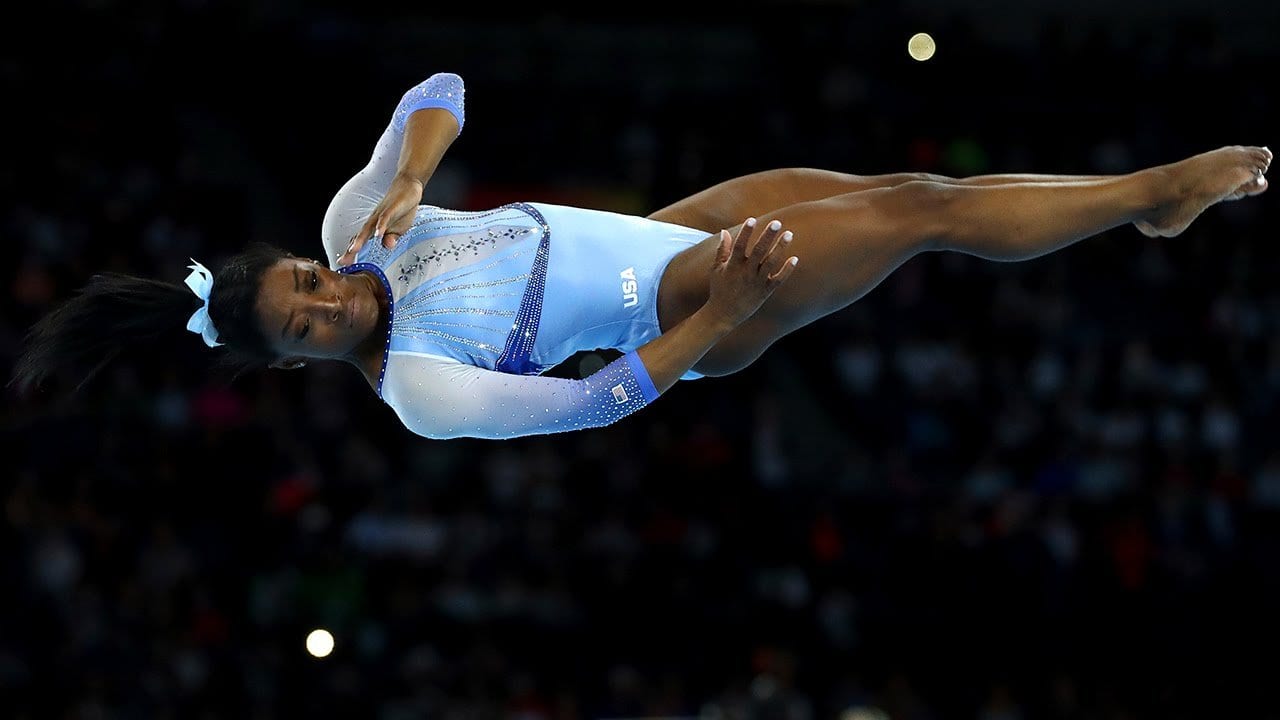